Was the Biden-MBS fist bump such a big deal? Editorial

Thus far Biden has, in a de facto sense, pardoned Israel for killing 263 Gaza civilians including 58 Kids in May of last year, also the murder of 38 of their mothers. Mr. Biden obfuscated the matter of Shireen Abu Akleh’s murder in May of this year. And now Biden publicly man-saluted the odious beast who murderered Jamal Khashoggi.

America has become quite vile since Barrack Obama left office, if the reaction to the murder of Jamal Khashoggi is an important indicator. There have been two presidents since then and neither seem to give a damn about the extremely brutal murder and dismemberment of American columnist Mr. Khashoggi.

Read: The Lions are Eating the Butterflies

The Democrat White House believes it needs to flow cheaper oil into the country in order to not lose both their US Senate and the US Congress election bids for member seats in the November mid-term elections.

So the White House packed up Air Force One, wrote a script, fed Biden some pills, or something, and sent him off to the Middle East last week.

Meeting Mohammad Bin Salman, Biden did not do the perfunctory elbow bump in these COVID-19-times, he gave him a fist bump like the President of the Hells angels does when he meets up with one of his national presidents from other countries. “Hey, bro, love ya bro.”

Biden was told not to hug and kiss MbS, but that was not about affection, it was because staff were afraid Biden would trip on MbS‘s gown and the two would be all over each other down on the ground in front of the cameras.

It was a big deal for the Saudi side. Prince Mohammad Bin Salman (MbS) is now officially forgiven for whatever responsibility he had in the deliberate premeditated ghastly murder of journalist Jamal Khashoggi.

MbS has been asked repeatedly if he ordered the killing of Jamal Khashoggi.

“This was a heinous crime. But I take full responsibility as a leader in Saudi Arabia, especially since it was committed by individuals working for the Saudi government.”

Mohammad Bin Salman (MbS) has declared that, “When a crime is committed against a Saudi citizen by officials, working for the Saudi government, as a leader I must take responsibility. This was a mistake. And I must take all actions to avoid such a thing in the future.” 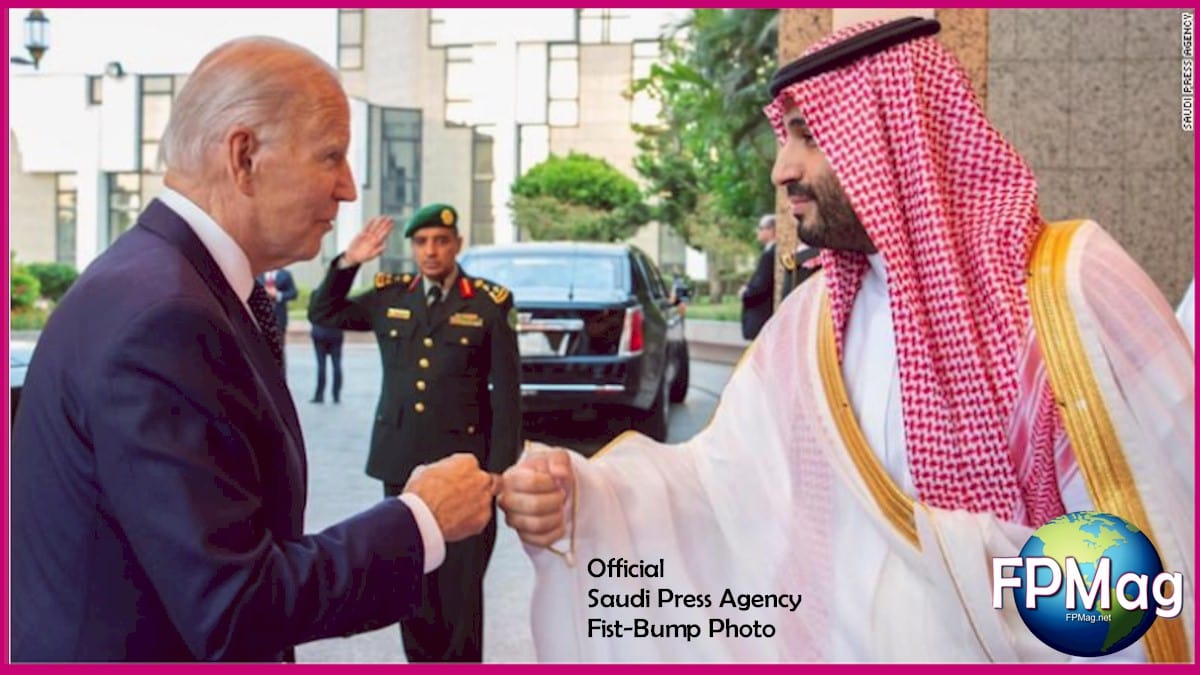 This is an official Saudi Press Agency photograph of Prince Mohammad Bin Salman (who looks like the cat who swallowed the canary) and Joseph Biden who actually looks like he does not have a clue about what is going on there.

Prince Faisal bin Farhan, the Saudi foreign minister, delivered some news about the conversation between Biden and Saudi Crown Prince Mohammad Bin Salman in a pressor on Saturday.

The Saudi Foreign Minister explained that, “The Crown Prince responded to President Biden’s remarks on Khashoggi after quite clearly setting out that this crime, while very unfortunate and abhorrent, is something that the kingdom took very seriously; acted upon in a way commiserate with its position as a responsible country.”

“These are issues, mistakes that happen in any country, including the US. The Crown Prince pointed out that the US has made its own mistakes and has taken the necessary action to hold those responsible accountable and address these mistakes just as the kingdom has.”

The Saudi Gazette reports that according to a Saudi official who attended the bilateral talks between the two leaders, Biden’s remarks on the Khashoggi issue were very brief and the Crown Prince responded to them by reminding him [Biden] about the steps that the Saudi Kingdom had taken, denouncing and rejecting the incident.

According to this official, reports the Saudi Gazette, “The Crown Prince reiterated that the Khashoggi incident was unfortunate and abhorrent and that Saudi Arabia had taken all the legal measures and prosecuted the defendants. In his response, the Crown Prince noted that the Kingdom has put in place measures to prevent such mistakes from occurring in the future.”

Many journalists now think Joe Biden does not seem to have a clue from what is going on in the world and is making dangerous mistakes because he is surrounded by Idiots like Secretaries Blinken and Austin to name only two.

The saddest thing is, Mr. Jamal Khashoggi was a nice guy by nearly all accounts outside of the castles in the sand of Saudi. His thoughtful columns and his smile are indeed missed.

Mr. Khashoggi’s life partner has a broken heart that doesn’t seem to mend because of the tyranny and injustice and probably the circumstances of the crime (s).

Biden certainly does not get it. Biden needs to get out of the White House. He is a danger to us all. 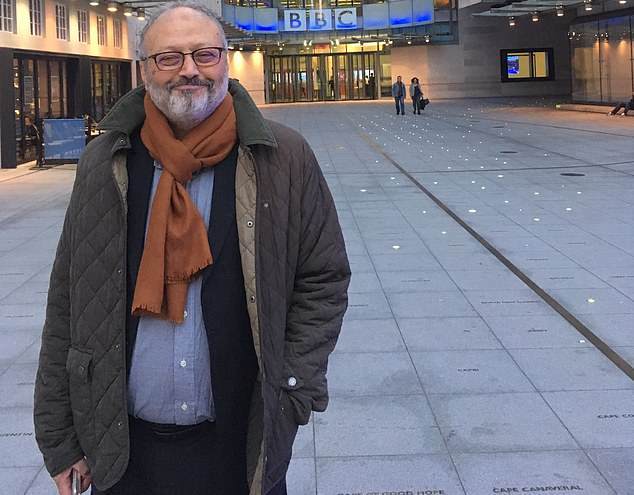