China may respond with military gesture if US Speaker Pelosi insults Xi Jinping in Taiwan, fear critics in Asia

Video: The news about China-Taiwan that Asians see in the growing destabilization caused by American provocations in Asia against China. This is a common view among ordinary people.

Beijing has warned Washington that it will bear all consequences and face “forceful measures” if US House Speaker Nancy Pelosi visits Taiwan. She is expected to travel to Taipei with a delegation next month, making her the most senior US lawmaker to visit the island in 25 years. The unconfirmed visit has drawn a swift rebuke from Beijing—CNA

An unapproved August Official USA State Visit to Taiwan will not just be about the ‘girl who kicked the hornet’s nest’ it might manage to kick off a disaster violating the world-wide acknowledged “One-China” policy.

Without Beijing approval, Nancy Pelosi wants to slam Taipei with an unwanted, unapproved One-China-violating official USA government visit. She seems to want to be the real girl who kicks the hornet’s nest. This is not the work of an anti-social, brilliant, violent, revenge-driven hacker who managed to kick off a constitutional nightmare in Sweden, it’s Roman Catholic good girl Nancy Pelosi, maybe the grandma who attacked and started WWIII with China. 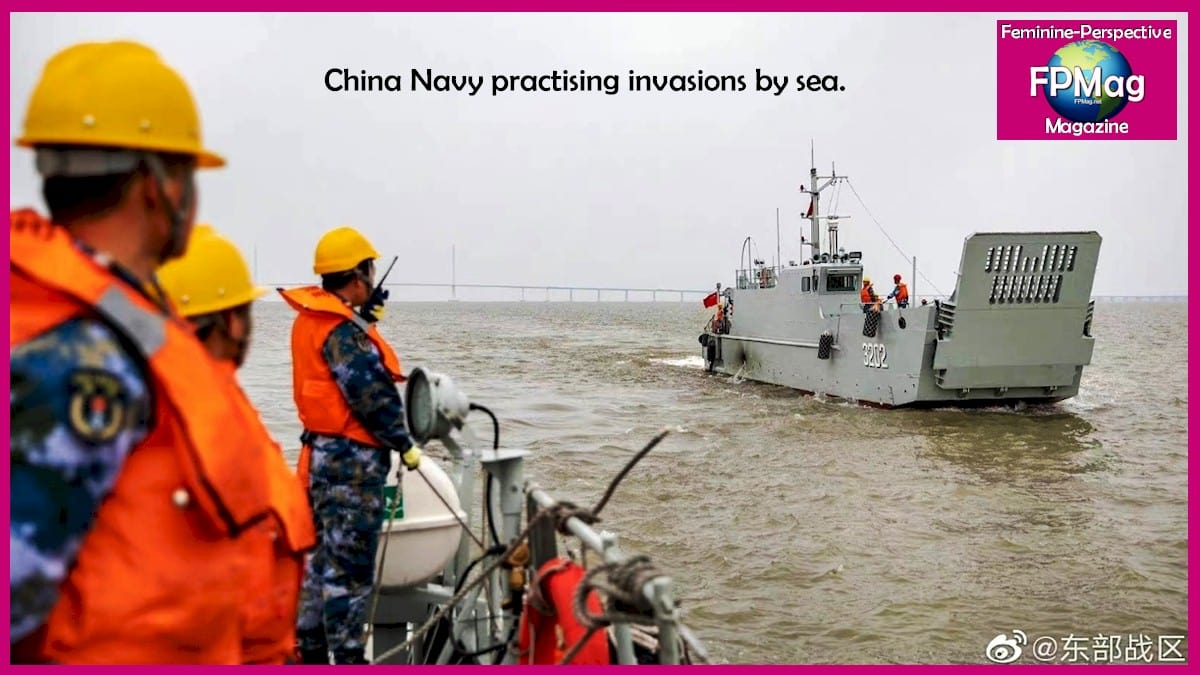 The Philippines and other countries in Asia want to see American antagonism of China end with a peaceful outcome.  Belligerence by America in the region is causing increasing antipathy toward the USA say folks on diplomat row in Manila..

‘In 2022, one needs to be an arrogant hot dog to conduct an unauthorized state visit to Taiwan without clearing it with Beijing’ [paraphrased] in the current climate, a senior bureaucrat in Manila told FPMag during a conversation about relationships  with China.

The West’s Military confrontations over Taiwan are frequent and drawing intense reactions from China which has built a monstrous Navy readying for the day when as it says it must fight for its sovereignty against the west. The West’s disingenuous and hypocritical theories  that  Donetsk PR and Luhansk PR belong to Ukraine and Taiwan is an independent state, infuriate Beijing, and most of Asia for those who have some political science savvy. 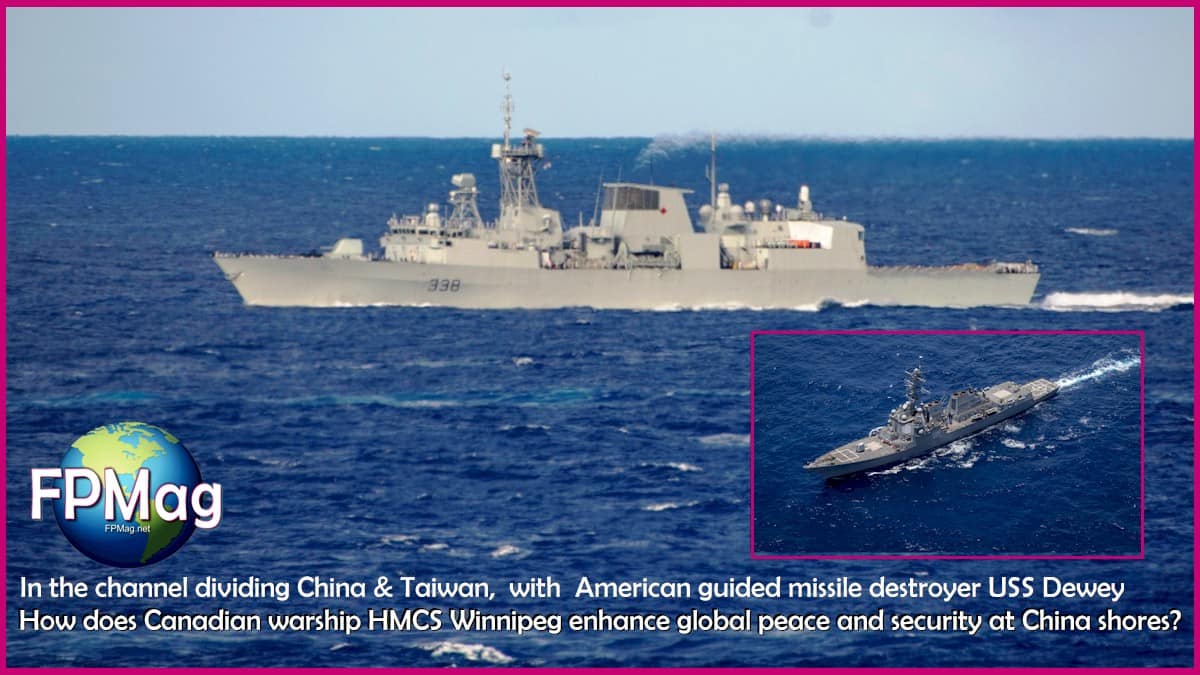 The Philippines and other countries in Asia want to see American antagonism of China end with a peaceful outcome, according to diplomats on embassy row in Manila.  Belligerence by America in the region is causing increasing antipathy.  The West Philippines Sea Claimed by China seen from the Philippines Photo: Micheal Jay Feminine-Perspective Magazine

“I learned a term,” President Marcos said in a lengthy meandering discussion of the Philippines’ relationship with China that “in one of the conferences I was invited to in China, and it is a good term because it is, I believe, presents for us another opportunity to grow closer and that term I learned from the Chinese is people-to-people,” he added.

The conversation with the bureaucrat started off-the-record, then the discussion came around to the potential of President Ferdinand Marcos cementing an even stronger rapport with Xi Jinping. In that context the conversation was back on the record but with anonymity because the senior official is not authorized to be speaking on behalf of the Malacañan Palace, home of the Philippines President.

“Any pretext of a potential official state visit from the Philippines without full approval would get the parties fried by both President Marcos and the People’s Republic of China’s President Xi. I can’t believe that the 3rd-in-Command of the United States is paying an unauthorized—Official State Visit—to Taiwan. The insult to the Xi Jinping administration is beyond war,” said the official with anonymity on this subject when asked, “is this war?”

In April 2022, China State Councilor and Foreign Minister Wang Yi warned the United States against the US House Speaker Nancy Pelosi’s planned visit to Taiwan, reiterating that China would take strong measures if Washington insists on having its own way and all possible consequences that arise from the visit shall be borne by Washington. Ms. Pelosi cancelled her trip but has now rescheduled the absolutely unprecedented visit to Taiwan in August. This violates the US adherence to its nearly life-long “One-China-Policy”.

According to Chinese Foreign Ministry spokesman Zhao Lijian, it is right up there. “If the U.S. side obstinately clings to this course, China will definitely take resolute and forceful measures to firmly defend its national sovereignty and territorial integrity,” he said. “The United States must be fully responsible for all the consequences caused by this.”

“The US Congress is part of the US government and supposed to strictly adhere to the US’s one-China policy,” FM spokesperson Zhao said.

“China firmly opposes such a visit and urges the US to abide by the one-China principle and the stipulations of the three China-US joint communiqués by drawing back Pelosi’s visit to Taiwan, suspending official contact with the Taiwan region, stopping creating factors that could lead to tensions in the Taiwan Strait, and follow through on the US’s commitment of not supporting ‘Taiwan independence’, ” Mr. Zhao added. China warns of consequences if US House Speaker Nancy Pelosi visits Taiwan region – People’s Daily Online

The Philippines is in the loop for understanding the Taiwan crisis and hat is why FPMag asked some pointed questions in Manila.

“The United States must be fully responsible for all the consequences.” That’s the extent of official comment from China but one of the statements President Marcos has made, and a few people FPMag spoke with, agree that Mr. Marcos will continue the deepening relationship President Duterte launched into and is more likely to take China’s side in the Taiwan matter.

“Perhaps, we will continue what President Duterte has started, what has been described as an independent foreign policy, and this is what we feel is best in the national interest and I think it is to be advantageous not only to our friends in China but to all our friends around the world,” he said.

“America does not have a clue about Asian culture and like a drunk bull in a jewelry store, America annoys everyone and China should keep that in mind. Americans are infamously ignorant, crude and stupid. China should not be offended. We all must put up with American vulgarity,” said a very senior official who does not want to be identified but does want both sides to stay sensible, calm and peaceful.