USA/NATO and (watch) USA/UNSC admonish Russia. Evacuation of Ukraine and more threats is the only outcome.

Countries are evacuating their citizens from Ukraine and warning people not to travel to that country.

The USA, Canada, Australia and Great Britain have evacuated from Ukraine, personnel related to embassies and consular offices. Many countries have told their citizens in Ukraine to leave.

“Do not travel to Ukraine due to the increased threats of Russian military action and COVID-19,” says the US State Department.

For those Americans  packing up and leaving Ukraine, the American State Department says “Exercise increased caution in Ukraine due to crime and civil unrest.  Some areas have increased risk.”

All family members of U.S. Embassy personnel, citing the “threat of Russian military action.” The USA State Department also told nonessential staffers at the US Embassy in Kiev and at consular offices in the country may leave.

Americans in Belarus have been warned by the US State Department to “regularly reevaluate possible departure plans in the event of an emergency.”

Canada has said “the ongoing Russian military buildup and destabilizing activities in and around Ukraine,” is why it has asked certain citizens to leave.

“Australians in Ukraine should leave now by commercial means, where safe to do so,” the Department of Foreign Affairs and Trade said in a statement a week ago.

US Ambassador Linda Thomas-Greenfield told reporters Monday following the Security Council (UNSC) session that America had demanded occur, that the USA had “called for this meeting to allow the Russians to give us an explanation of what their actions are.”

“We continue to hope Russia chooses the path of diplomacy over the path of conflict in Ukraine. But we cannot just ‘wait and see.’ It is crucial that this Council address the risk that their aggressive and destabilizing behaviour poses across the globe,” the US Ambassador added.

Russia has submitted in writing, grievances related to the American NATO group’s massive military buildup around Russia and the violation, then withdrawal, by the USA of the nuclear arms control treaties that once existed prior to the Donald Trump presidency.  Biden has continued on that path of aggression.

On 28 January, the Russian Security Council held its regular meeting focused on foreign policy. According to the Kremlin, “The Ministry of Foreign Affairs of the Russian Federation has prepared a draft updated version of the Foreign Policy Concept of the Russian Federation. This document, of course, belongs to the category of strategic planning documents. The Russian Foreign Ministry has taken into account the latest changes taking place in the world, including the significant changes that have taken place in international politics over the past five years.”

On 31 January, Vladimir Putin had another telephone conversation with President of the French Republic Emmanuel Macron, according to the Kremlin.

“The exchange of views on the situation around Ukraine and issues related to the provision of long-term, legally fixed security guarantees to the Russian Federation continued. Vladimir Putin once again set out in detail the fundamental approaches to these problems. It was agreed there would be further contacts by phone, as well as on the operational study of the possibility of holding a personal meeting of the presidents of Russia and France,” says the Kremlin. 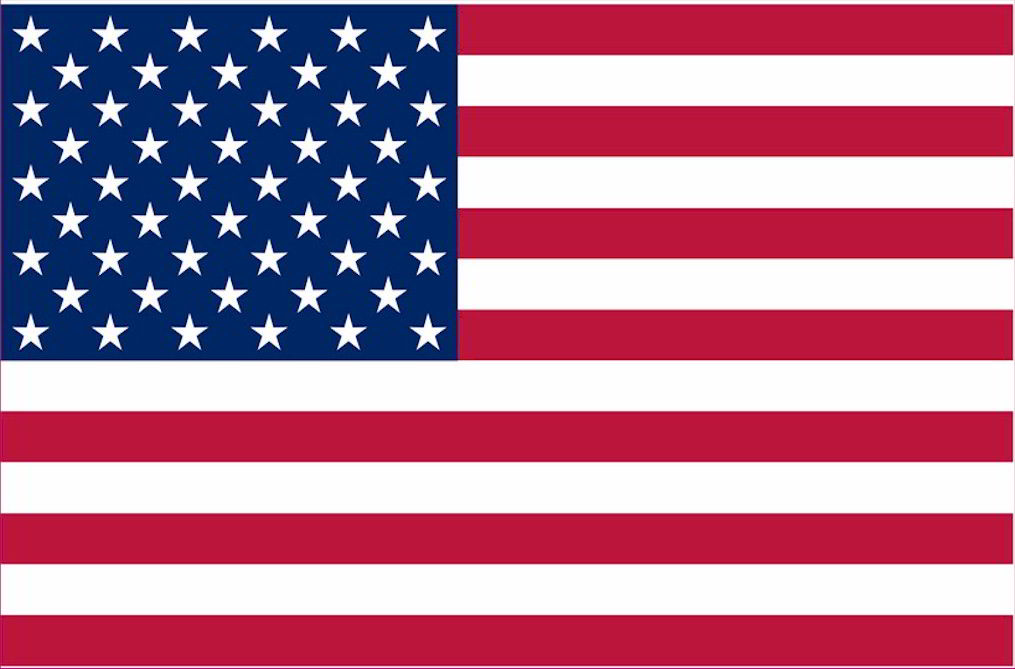 Flag of USA which controls NATO and right now needs a war because America hasn’t been without a war for many decades. Otherwise it makes little to no sense at all for American taxpayers to subsidize the defense of nations capable of defending themselves. But for America to control NATO, it must buy NATO, and own NATO.

“The neighbours” on the other side of the Russian border where troops are allegedly gathering, the one that the USA is referring to, is not Ukraine but is a pair of countries, Donetsk PR and Luhansk PR, which are two Russian allies. Not Ukraine. Ukraine lost the Oblasts of Donetsk and Luhansk to self declared statehood in 2014 following the peaceful Maidan revolution at the end of the Euromaidan protests, when a series of events led to the ousting of elected president Viktor Yanukovych, and the overthrow of the Ukrainian government.

Read if you wish: After eight years, Donetsk and Luhansk formerly of Donbass are their own countries

“We don’t know how many troops are active in the Western Military Division. Obviously there is some spoofing going on but that is normal in a military exercise so that the opposing team cannot guess how many troops are present in the target area. It is better to portray a stronger force but difficult in winter,” says security specialist, Simon Baldock from Tel Aviv, Israel.