Sexual harassment and a few assault complaints from women and girls in Ottawa have highlighted a far-right misogynistic agenda. Meanwhile Ottawa’s police chief has quit.

“All of the COVID-19 narratives about vaccines and mandates of the protestors are pure bunk, not even junk science, but gibberish,” says Dr. Nassima al Amouri, a medical director for The RINJ Foundation, a global women’s rights group.

She says, “What’s worse is that the global RINJ Women Helpline has received many complaints of sexual harassment and a few assaults from women and girls in Ottawa, Canada. The complainants say that women wearing masks or wearing medical worker’s garb or insignia are most at risk.

“Our Rape HelpLine workers tell women callers to wear a winter-weather scarf over top of their respirator mask when they go out in Ottawa,” the doctor added.

The Nurses Without Borders  issued the following statement nearly a month ago: “Nurses and other medical workers are advised in Canada not to wear any visible professional garments like scrubs and ID badges, or other medical professional identification when outside the workplace during the time of the anti-SARS2-mandate protests. A clear and present danger of harassment, physical violence including sexual assault and sexual harassment to medical professionals have been reported in Ottawa, Toronto as well as Vancouver and Calgary.”

“Almost immediately following the introduction of public health measures brought in under provincial emergency legislation,” writes the Institute for Strategic Dialogue,  in a Canada specific country profile, “an anti-lockdown movement has emerged. Some of these organizations have a long-standing presence in Canada. Vaccine Choice Canada, for example, has its origins in the 1980s.”

“However, alongside it are new organizations and protest groups, challenging public health restrictions, lockdowns and vaccinations. This includes No More Lockdowns Canada, Hugs Over Masks, Nurses Against Lockdown (now merged into Canadian Frontline Nurses), Liberty Coalition Canada, and The Line.” Read if you wish: Anti-lockdown Canada: ISD

“The CSIS sure botched this fiasco.“

“The long-ago move from the Royal Canadian Mounted Police (RCMP) of the intelligence gathering role to the civilian Canadian Security Intelligence Service (CSIS), has never produced a good outcome. All they do that we know about is mutter to American security professionals how evil we feminists are, our friends in the US intelligence services tell us.  The CSIS sure botched this fiasco. At least the RCMP were able to catch the Russian spy, Gerda Munsinger,” quipped Ms. Carter.

“If CSIS was not so involved in defending itself from allegations of criminality, it might have noticed the ground swell of far-right activism that has led to this current insurrection,” Dale Carter added.

“Justice Patrick Gleeson’s 126-page judgment reveals that CSIS has long engaged in activities that, if undertaken by the average Canadian, would violate provisions of the Criminal Code. Gleeson also found that for the third time since 2013, CSIS and its Department of Justice counsel breached their duty of candour to the court. This duty obliges government counsel to provide full and frank disclosure of all material, especially adverse information, to the court.” Citing IRPP.org

Government has now begun to address the emergency.

‘The core of the Freedom Convoy 2022 are driven by an extreme ideology that seeks to  overthrow the existing government,’ (paraphrased) said Canadian Federal Public Safety Minister, Marco Mendicino.

In Alberta, 13 Freedom Convoy 2022 members in a border blockade at Coutts, were arrested and detained.

Four have been charged with conspiracy to commit murder. 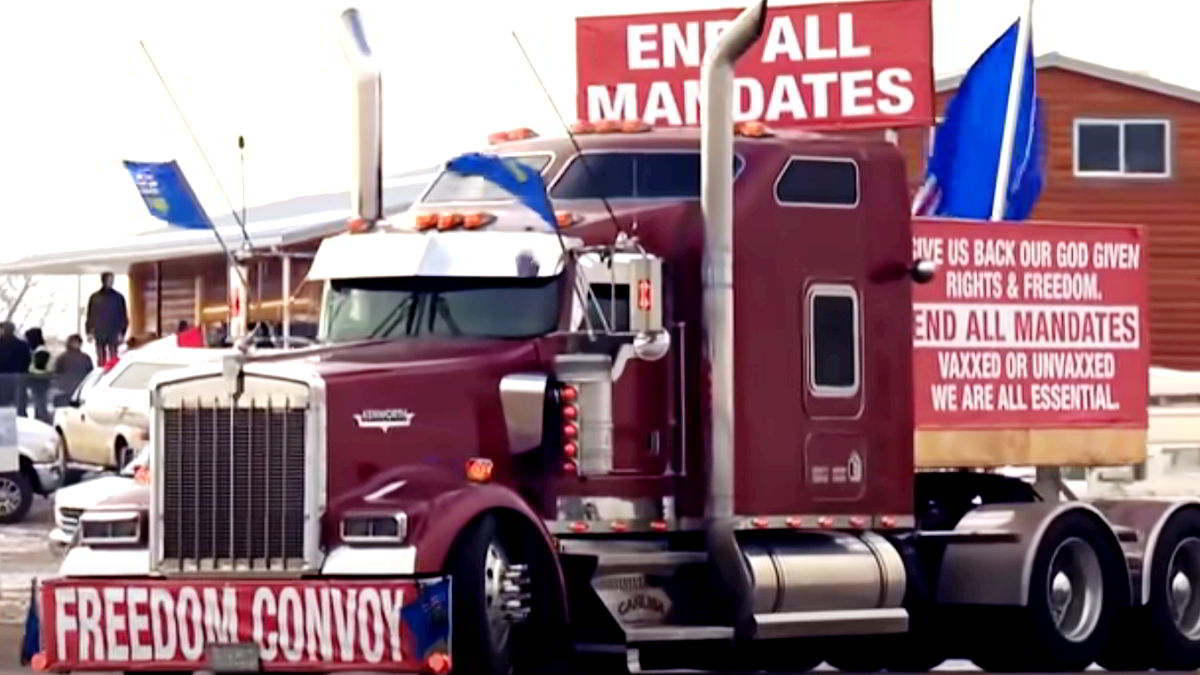 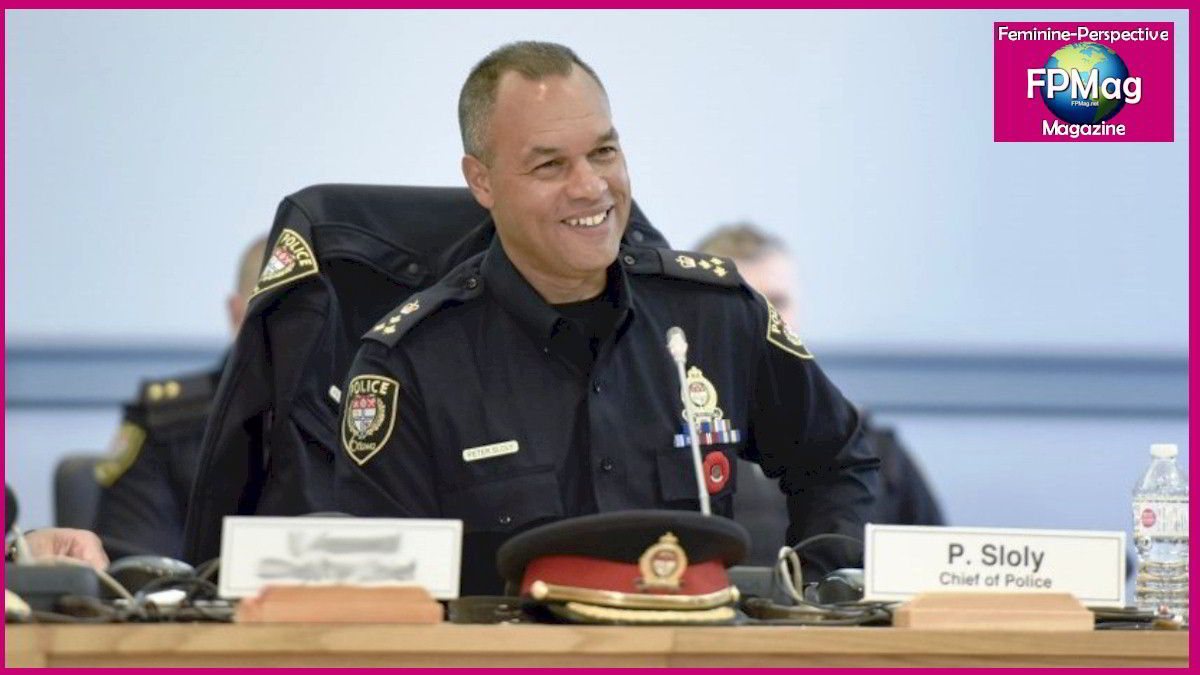 “Freedom of speech and the right to assemble and demonstrate outside designated areas require a permit in most cities and do not include blocking streets, bridges, and attacking urban areas with 100 to 150 db noise levels,” said Dale Carter, a security analyst for The RINJ Foundation in an interview for this article.

“Leaders of the far-right organizers of Freedom Convoy 2022 are saying to Russian Federation Television that Canadian Prime Minister Trudeau has adopted the Canadian Emergencies Act to rescue his career. That would presume that the electorate is in favour of extreme measures to go after the right wing extremists parking their 40 ton trucks all over Ottawa and across primary trade route bridges between Canada and the United States,” commented Ms. Carter.

“It is clear to all my security contacts in the West that this destabilization effort has sizeable input and cash contributed by foreign malign actors in the United States and in the Russian Federation,” she added.

“It is just a matter of time before the Canadian economy shows significant signs of the stress,” notes Ms. Carter. 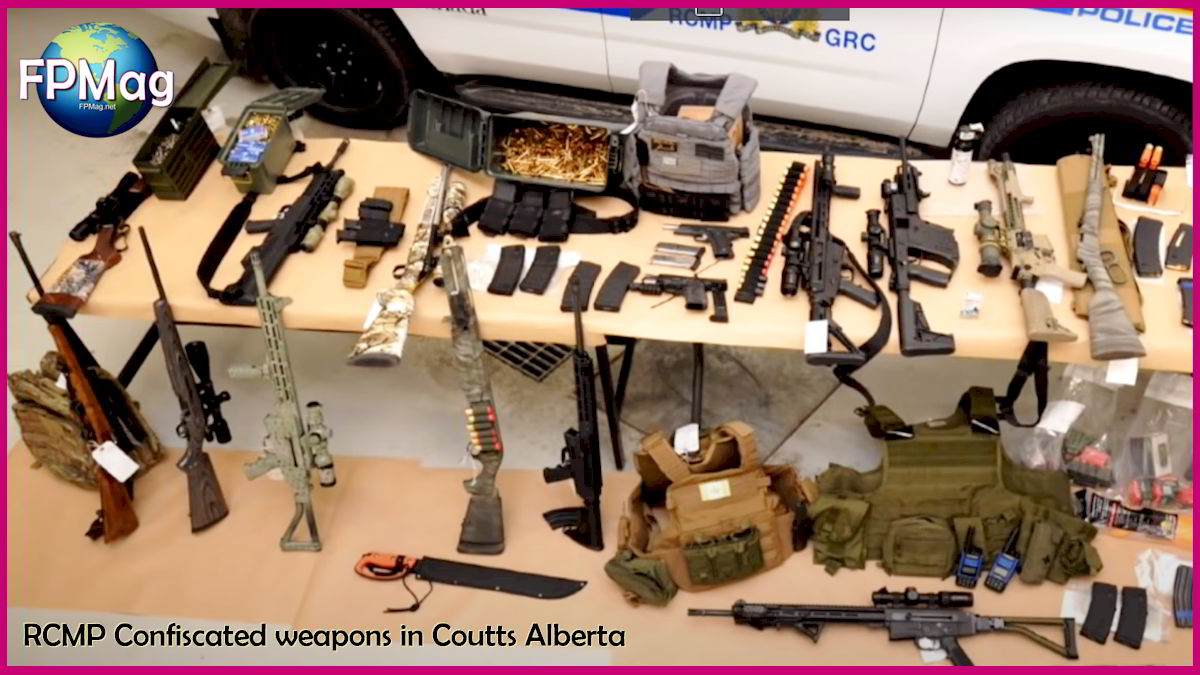 Assailing the walls of power in Ottawa pretending to be Blaze and the Monster Machines in Axle City beating down ‘Crusher’, the advantage-seeking Trudeau, is not a democratic process, it’s a child fantasy game of empowerment and learning to count and identify colors. When adults play this game with 15 to 40 ton trucks, it becomes dangerous.

More than that, say security experts, the “freedom convoy” that has taken over downtown Ottawa and inspired other protests is a diverse group of people who have shown themselves not to be interested in “freedom,” “unity” or “vaccine mandates.”

Adding malign foreign actors manipulating the play with cash and hyperbole and a ton of free media in a hybrid war, the whole escapade becomes destabilizing.

Canada is destabilized as a consequence of the far-right extremist movement that has persistently attacked medical science in the campaign to protect Canadians from COVID-19, suggests security experts.

(Ottawa)—You must leave the area now. Anyone blocking streets, or assisting others in the blocking streets, are committing a criminal offence and you may be arrested. You must immediately cease further unlawful activity or you will face charges. If you are arrested you may be released on bail depending on factors contained in Part XVI of the Criminal Code.

The people of Ottawa are being denied the lawful use, enjoyment and operation of their property and you are causing businesses to close. That is mischief under the Criminal Code.

Charges and/or convictions related to unlawful activity associated with the demonstration may lead to denial in crossing the USA border.

The Federal Emergencies Act allows for the regulation or prohibition of travel to, from or within any specified area. This means that anyone coming to Ottawa for the purpose of joining the ongoing demonstration is breaking the law. The act also provides police with a number of measures including the ability to seize vehicles that are part of this demonstration.

Ontario law (EMCPA) now prohibits interference with any critical infrastructure including 400-series highways, railways, airports and international border crossings. It prohibits you from preventing someone from travelling to or from walkways, bridges and highways (other than 400 series highways) or preventing anyone from using them. It also prohibits someone from seriously interfering with the safety, health or well-being of members of the public.