Denis Pushilin has made an emergency request to the Kremlin for “Military Assistance”.  There are still no Russian troops yet in the Donbass region or the Ukraine say humanitarian workers with eyes-on.

“For us, the slogan ‘Russia doesn’t abandon its own people’ – these are not empty words,” Mr. Turchak said somewhat nervously. “I am glad we have all united around this idea, the Russian idea, the restoration and preservation of the Russian world.”

These were the words that stood out the most at a press conference in Donetsk.

by Micheal John with files from Melissa Hemingway

Click to open SVG and use browser zoom to any magnification. 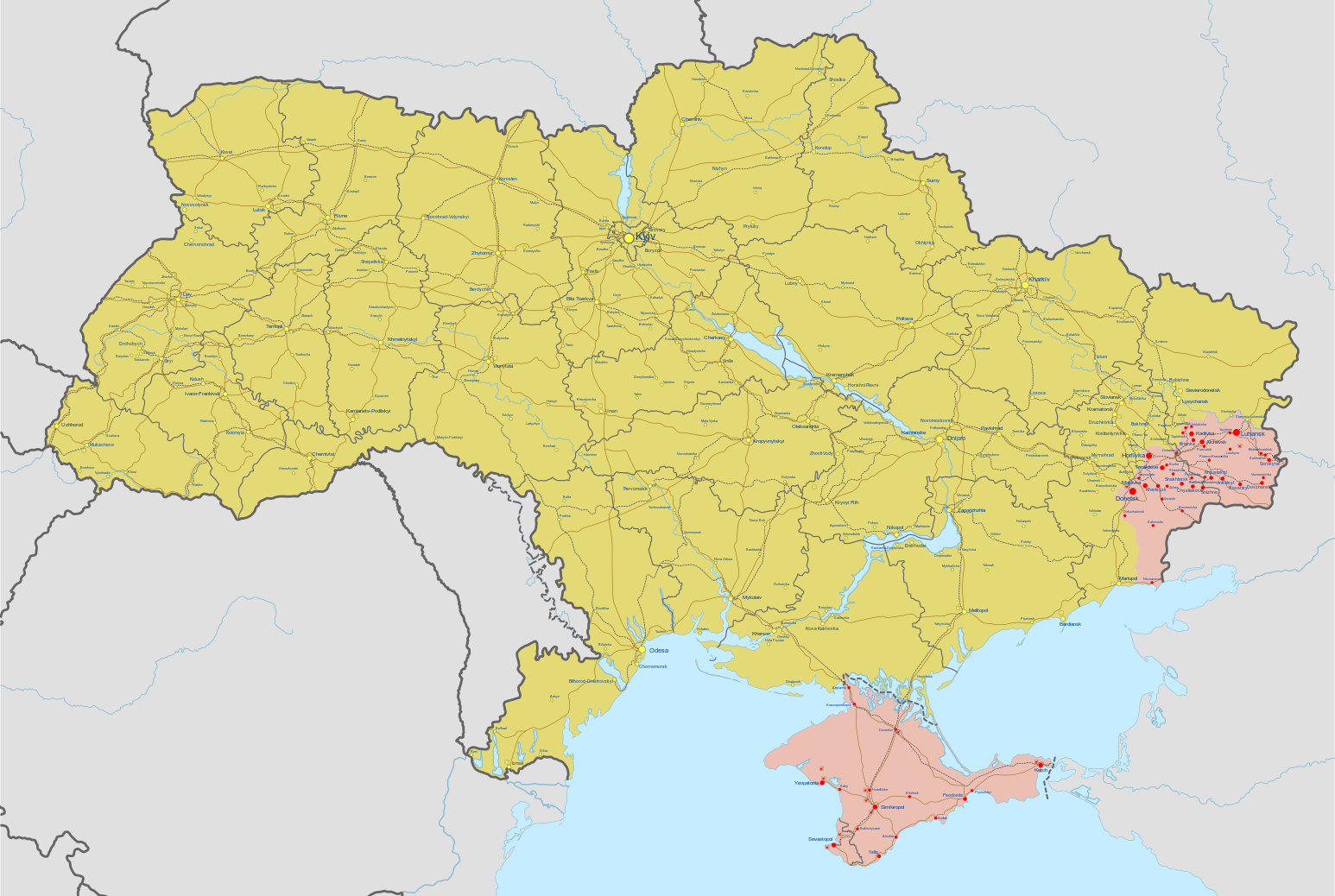 The second most significant thing to come out of the pressor was Pushilin saying that there are no Russian troops in the Donbass area.

That may change. FPMag has learned that Pushilin has made an emergency request to the Kremlin for “Military Assistance”.

FPMag has also learned of a compendium of aggressive sanctions against the Parliament of Russia and other officials as well as the planned destruction of the Russia-Germany Nord Stream 2 pipeline.

“This continued attack over 25 years against Russian interests while ignoring Russian protests, has brought about a very emotional, downright angry Russian Federation President, and that is a dangerous outcome of years of provoking Russia with massive encroachment on its security since 1997, something NATO did promise not to do,” notes Simon Baldock, an Israeli security analyst who is now back in Tel Aviv.

“There should be no doubt – sanctions will be met with a strong response, not necessarily symmetrical, but measured and sensitive for the US side,” a statement from the Russian Foreign Minister Lavrov said two hours ago.

“Somehow this request from the DPR for military help seems all too orchestrated,” reported Melissa Hemingway who is away on assignment.

“Denis Pushilin, head of the Donetsk People’s Republic comes across as a bit thuggish. Complaints about torture and rape of captured females back before the time in 2018 when he became leader are the reminder one gets, staring into this man’s face, somehow,” reported Melissa Hemingway when asked for her opinion about what she was seeing. “I hope I am wrong,” she added.

Mr. Pushilin says he is in the process of gathering up all the males between the age of 18 and 55 to fight for his DPR cause. Persons older than 55 are permitted to volunteer if they wish.

Kiev is demanding that 18-60 year old males sign up now.

“It is possible that some young persons who do not feel this is correct behaviour, or who have never held a gun, are finding ways, including written medical statements from nurses and doctors, to evade conscripted service, [translated]” explained a humanitarian worker in Luhansk PR.