Joe Biden plan to deceive Vladimir Putin of Russia failed. It ended in threats. Now what?

Is Biden pressing the panic button to get American citizens out of Ukraine because US mercenaries, hours ago, have increased by 400% (according to the Donetsk News Agency) the shelling of the ethnic Russian states of Luhansk PR and Donetsk PR urban areas in what the USA calls the Donbass?

“President Joseph R. Biden, Jr. spoke today with President Vladimir Putin of Russia about Russia’s escalating military buildup on the borders of Ukraine. President Biden was clear that, if Russia undertakes a further invasion of Ukraine, the United States together with our Allies and partners will respond decisively and impose swift and severe costs on Russia. President Biden reiterated that a further Russian invasion of Ukraine would produce widespread human suffering and diminish Russia’s standing. President Biden was clear with President Putin that while the United States remains prepared to engage in diplomacy, in full coordination with our Allies and partners, we are equally prepared for other scenarios,” says WhiteHouse.gov.

Don’t count on American media to talk about any of the real news items.

It’s still not about Ukraine, its about European security, as Macron has said. 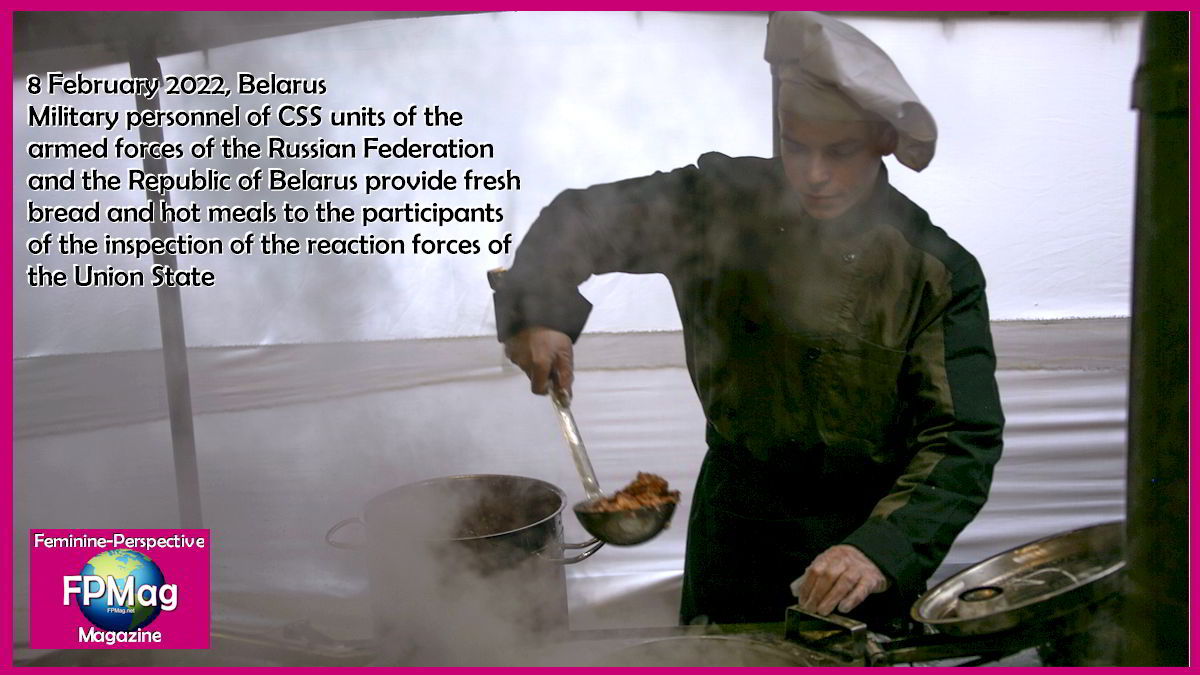 8 February 2022, Belarus Military personnel of CSS units of the armed forces of the Russian Federation and the Republic of Belarus provide fresh bread and hot meals to the participants of the inspection of the reaction forces of the Union State. Photo Credit: Russian Federation (8 February)  Ministry of Defence. Photo is cropped. Art/Cropping/Enhancement: Rosa Yamamoto FPMag

NATO in the Balkans and Poland has upped troops from 4,500 to 9000 after Russia asked for a NATO roll-back out of the former Soviet states to 1997 levels. Biden’s Foxtrot Uniform response to Russia doubled NATO troops on Russian borders and doomed Ukraine. (USA Response to Russia)

Obsolete NATO which claims to have a new expansive mission to control the world must accept Putin terms or face an early end but NATO, being a tool of American hegemony, will not comply. This pushes Russia to take out Ukraine in order to ensure its safety.

But Russia says military maneuvers do not foreshadow invasion.

“Thanks to Joseph Biden’s political desperation and stupidity, Ukraine’s best and only strategy is to surrender. But again, Russia says no way does it plan to invade Ukraine as Biden yells at Americans to get out of Ukraine believing he has pushed the Kremlin too far. It’s that stupid,” says expert. 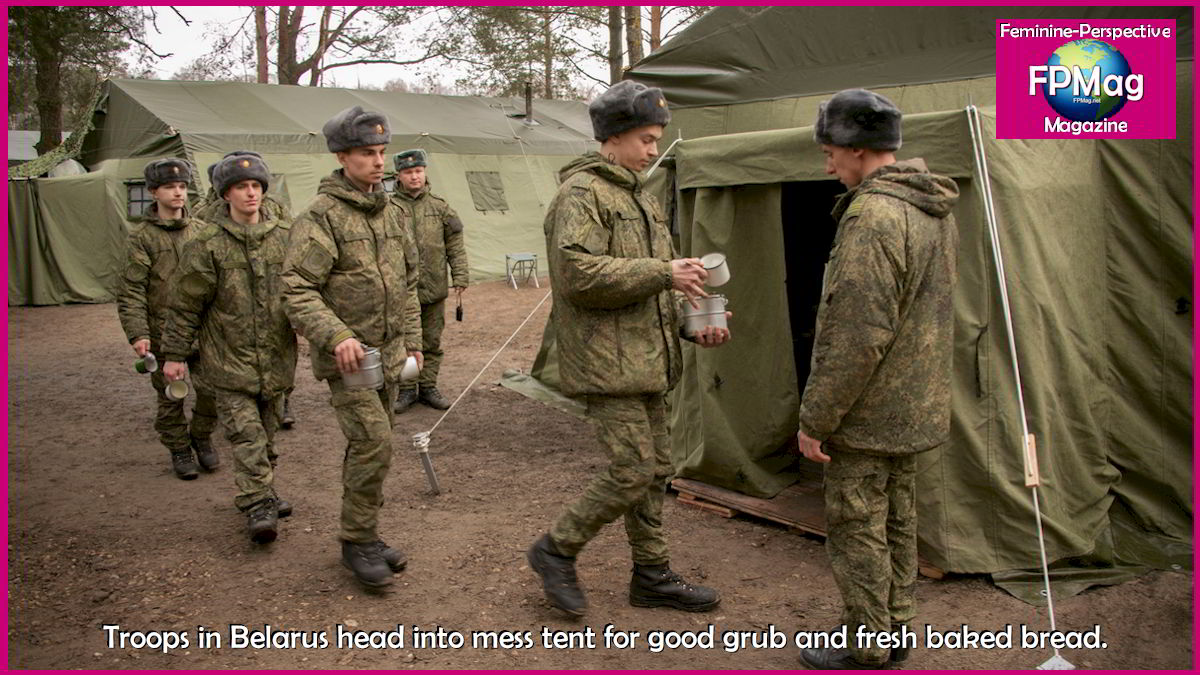 “Stupid is what stupid does. And of course the American public and its our-side-of-the story-only media does not get it. The Foxtrot Uniform is on them too,” commented Israeli security analyst, Simon Baldock in a recent interview.

“NATO’s American bureaucrats (The North Atlantic Treaty is also officially known as the Washington Treaty,)  say a threat from Russia is the reason for keeping NATO alive in conjunction with established routines of training and equipping missions that keep the members invested in NATO; keep American and British companies in arms sales; and keep American forces in Europe with a strong measure of control over the European Union in exchange for providing security assistance. Against who? That is not answered. Terrorists? America creates terrorist organizations and does not defeat terrorism. Look at Afghanistan. It is a terrorist state,” commented Dale Carter, a strategic security analyst with the RINJ Foundation which has eight chapters of its members in Ukraine, Donetsk PR, Luhansk PR and Russia.

Made-in-the-USA NATO propaganda claims that “in 2016, we deployed four multinational battlegroups or “enhanced forward presence” to Estonia, Latvia, Lithuania and Poland. In 2017, the battlegroups became fully operational. More than 4,500 troops from Europe and North America work closely together with home defence forces.”

Russia wants this reversed as it says the move breaks the promise of NATO, not to move into Eastern Europe.

America says it’s NATO presence in the region is at the request of the host nations, and its “forces uphold the highest standards of conduct, both on and off duty“. 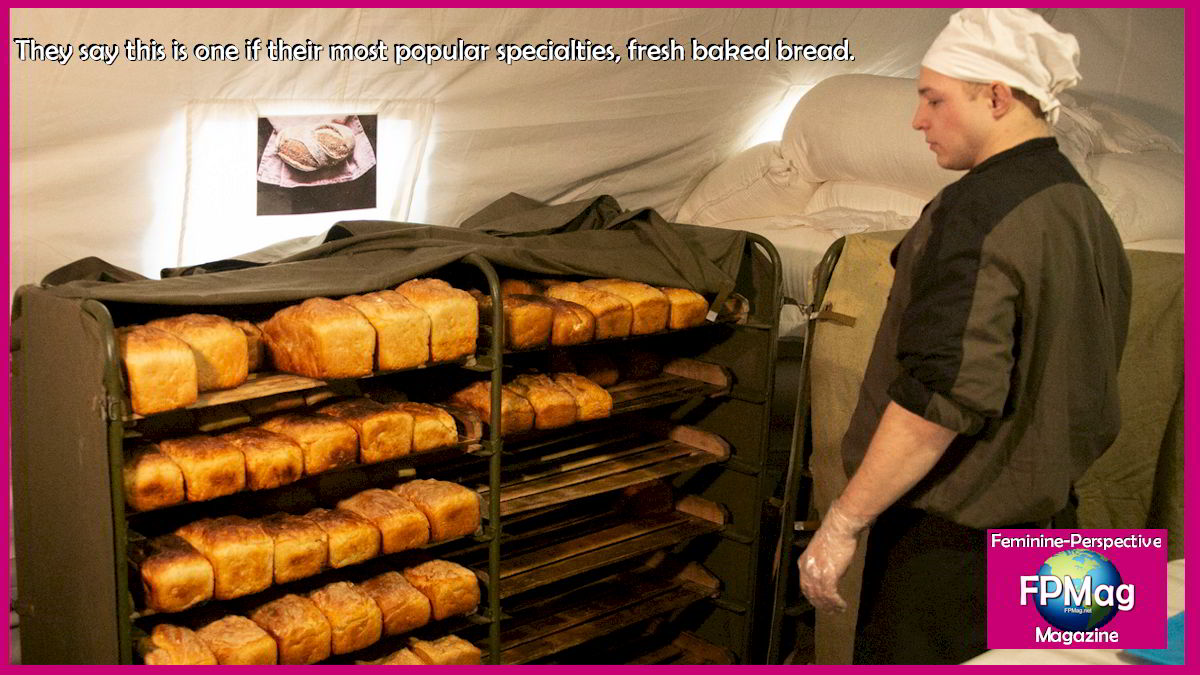 10 February, Belarus
Fresh Baked bread, a popular item with the military personnel of CSS units of the armed forces of the Russian Federation and the Republic of Belarus. Cooks and bakers prepare bread and hot meals for the participants of the inspection of the reaction forces of the Union State. Photo courtesy Russian Federation Ministry of Defence.
Art/Cropping/Enhancement: Rosa Yamamoto FPMag

Russia wants America’s NATO to reverse its 2016 encroachment on Russia’s security border zone by installing thousands of US troops in Estonia, Latvia, Lithuania and Poland which would send NATO back to its 1997 status. Russia also wants agreement that no further encroachment on its security will take place.

That number of  4,500 US and other troops is now increased to roughly 9,000 troops either at te moment or on their way. Included in the inventory are offensive nuclear missiles as NATO’s Foxtrot Uniform to Russia.

America defaulted on the Intermediate Nuclear Forces agreement in 2019 under Donald Trump. Since that time America has already developed land-based nuclear missiles that could travel between 500 and 5,500 kilometres at extremely high speed.

“Russia’s opposition is easy to understand.” 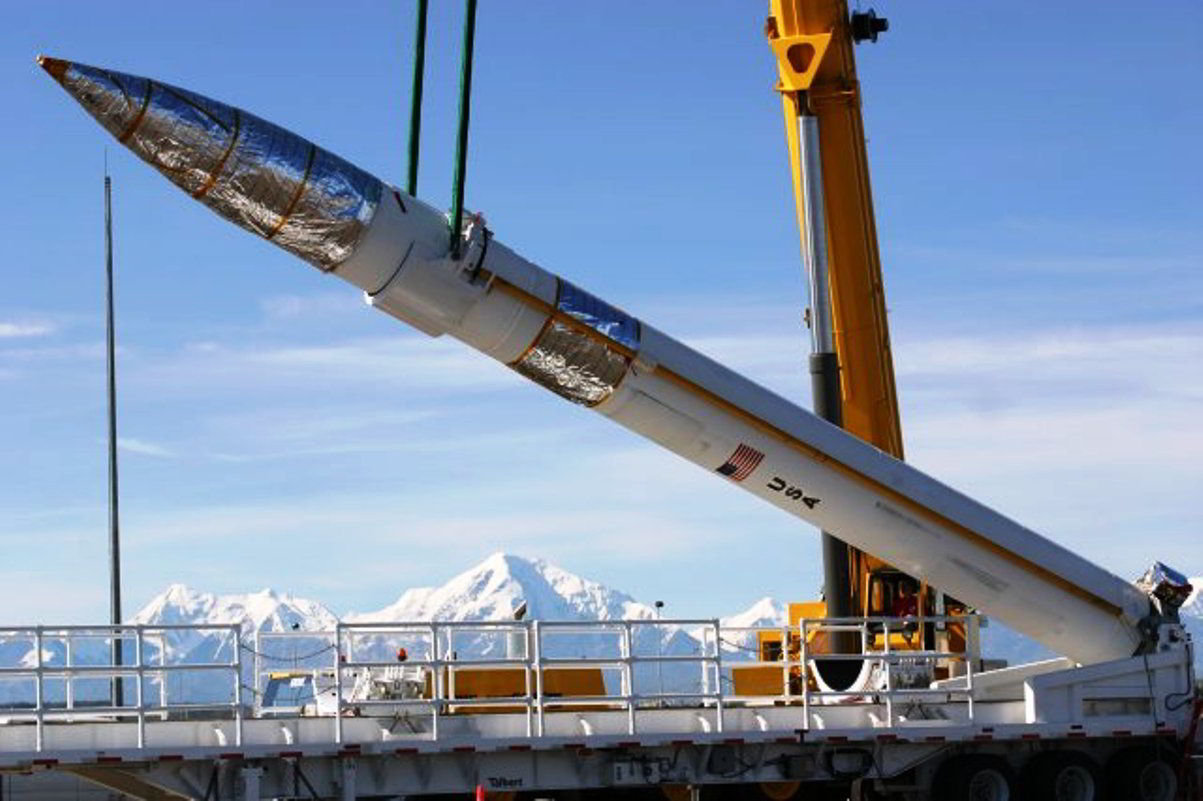 President Trump’s decision, announced on 20 October 2019 to pull out of the Intermediate-Range Nuclear Forces Treaty(INF)with Russia alarmed both Russia and America’s allies.

According to Zhou Bo, Honorary Fellow, PLA Academy of Military Science,  “Russia’s opposition is easy to understand: If American intermediate-range ground-based missiles are redeployed in Europe, particularly in Poland, Romania, or the Baltics, Russia has no choice but to enter into an arms race with the US again.

“For America’s European allies, the return of a cold war nightmare -­ Europe reduced to rubble in a nuclear Armageddon – cannot be more worrisome. The angst is such that French President Emmanuel Macron called for, and German Chancellor Angela Merkel supported, establishing a “European army” for self-protection.

“However, it is surprising to note how Trump cited China, which is not a party to the bilateral agreement, to justify such unilateralism. Trump declared that he was ready to outspend Russia and China on nuclear weapons “until people come to their senses.”

A Chinese spokeswoman responded that “China will not tolerate any blackmail from any country” and that “China was opposed to America’s unilateral withdrawal and attempt to make INF multilateral”.

America’s spokespersons seem to ignore the facts and push along a false narrative that Russia is the Bad Guy.

But America does not have the color of right in the matter. In fact, America has created a dangerous crisis regardless of its impact on Ukraine, which America is destroying, not Russia, and Europe.

“It’s important that we send a strong signal to Mr. Putin and, frankly, to the world that NATO matters to the United States and it matters to our allies,” Pentagon spokesman John Kirby said at a news briefing, referring to Russian President Vladimir Putin.

“Russia shows itself to be a threat only to quasi-nations that are not NATO members, like parts of Ukraine and Georgia. Why? Because the populations in these regions are ethnic Russians, with family connections in  the ‘Fatherland‘,” Mr. Baldock explains.

What is Russia’s interest in these regions? They are populated by ethnic Russians in a history that goes back to a time before the United States existed. But Americans are not good with history or anything that happened before 6 January 2021?

The chief of Germany’s navy resigned in January after arguing at an event that Putin “deserves respect” and the EU needs to realize, as well as Kiev, that Ukraine will never be able to annex the ethnically-Russian Crimea, Luhansk PR and Donetsk PR away from Russia.

And the threats continue along a disingenuous line. It’s not about Ukraine, as Macron has repeatedly explained.

“I spoke with Foreign Minister Lavrov today to urge a diplomatic resolution to Russia’s unprovoked military build-up around Ukraine,” US Secretary Blinken wrote. “I reiterated that further Russian aggression would be met with a resolute, massive, and united Transatlantic response.” 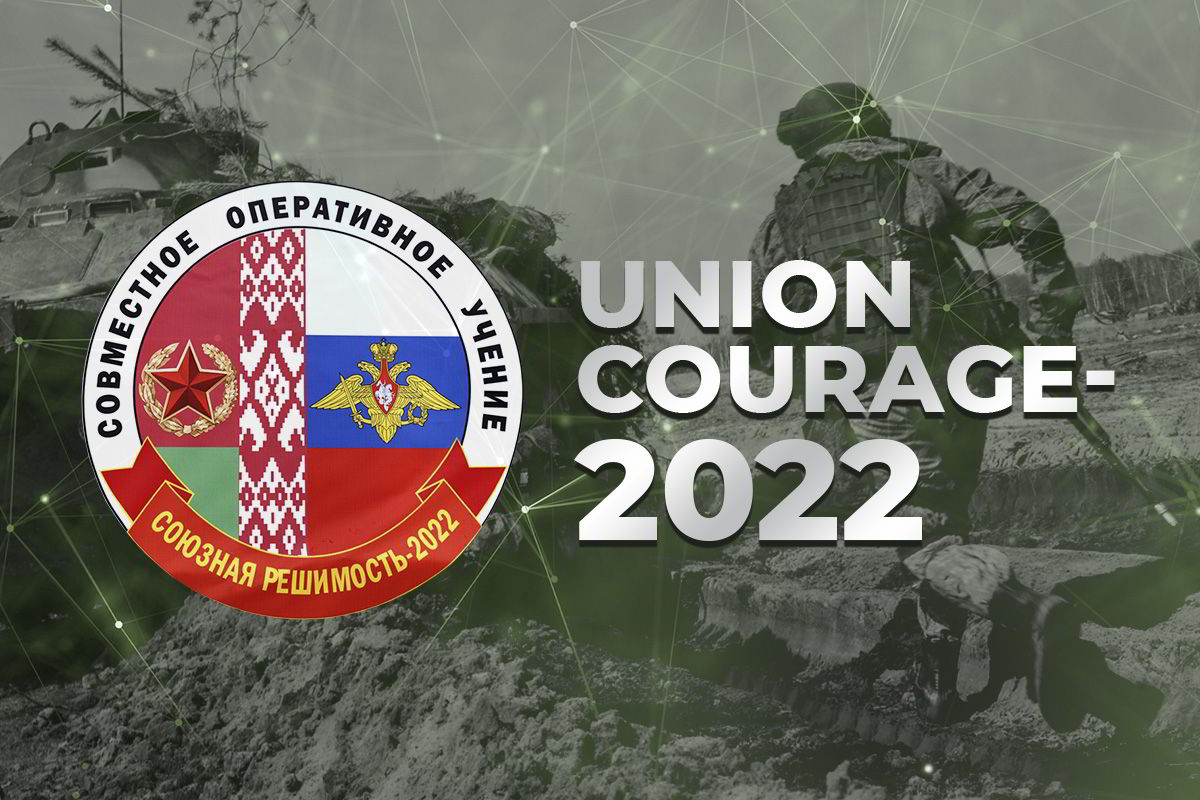 Union Courage 2022 Exercises in Belarus From February 10 to 20, the Russian-Belarusian joint operational exercise Union Courage–2022 is being held on the territory of the Republic of Belarus as part of the inspection of the reaction forces of the Union State. The purpose of the exercise is to work out tasks for suppressing and repelling external aggression during a defensive operation, countering terrorism and protecting the interests of the Union State. Photo Courtesy Russian Federation Ministry of Defence

But Russia’s complaint is that NATO has violated promises not to encroach on Russia’s borders by expanding eastward into the former Soviet Union states. Security in Europe is all about each nation feeling safe. Russia is the largest nation in continental Europe and it is threatened by being surrounded by American nuclear weapons, under the guise of NATO security, nuclear weapons aimed at Moscow within 5 minutes of Moscow.

The USA Response to Russia’s ideas-submission for European security was arrogant and rude, in other words, typically American.

“That explains why US Presidents have become very dangerous and destabilizing to the world lately, and why Americans have been funding-–alongside the Russian Federation—the insurrection in Canada. The failing in this is that there are no such vaccine mandates in Russia, nothing to protest, but America is about to be slammed by a monster machine insurrection it has been paying for to hurt Canada. Now it hurts America. Stupid is what stupid does,” suggests Ms. Dale Carter.

USA-controlled-NATO group has broken promises to Russia in the hope that the American population continues to deny history, or just doesn’t measure up educationally and understand what is happening, the latter being more likely according to the US  Institute of Education Sciences.

Joe Biden and the Americans he leads are poorly educated compared to other developed nations. And it shows. But it is hoped that money from the American Rescue Plan could be the last best chance to build the school system in the next ten years.

Source: “Why Other Countries Keep Outperforming Us in Education” 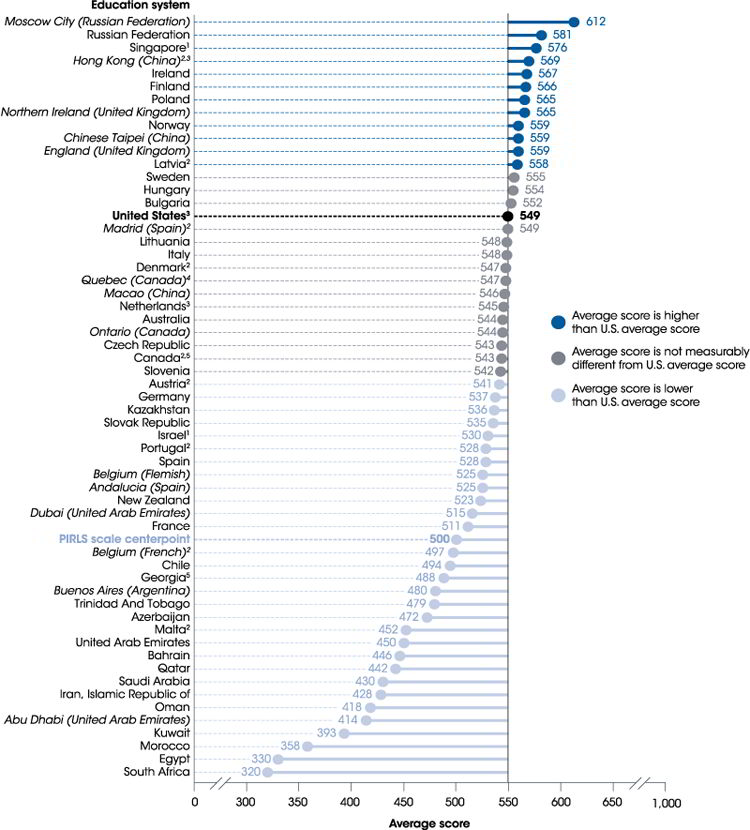