ISIS top dog al-Quraishi suicide. This is who he was: a common criminal, a rapist.

“Ibrahim al-Hashemi al-Quraishi is dead.” A long time soldier, planner, leader of Da’esh (ISIS), has, according to US President Joe Biden, blown himself and family to bits.

Dr. Nassima al Amouri of RINJ Women in Idlib Governorate in Syria says that, “Qurashi was generally considered to be a stop gap placeholder and that recent operations of ISIS in the past 18 months have been managed by the ISIS council comprised of real Quraishi Hashemite heritage members, which al-Quraishi is not.”

Quraishi led ISIS operations in Shingal, Iraq where ISIS captured thousands of Yezidi women and girls and brought them to Nineveh. Quraishi also led the operations in  Mosul, Iraq. He was personally involved in the mass murder of 600 non-Muslim inmates of the Mosul prison. Quraishi was involved in large scale sales of the girls to human traders, say sources from Mosul, Iraq.

“He is one very hated common criminal elevated to human butchery in ISIS,” wrote Gila in a 2015 report. Gila was later killed by ISIS. 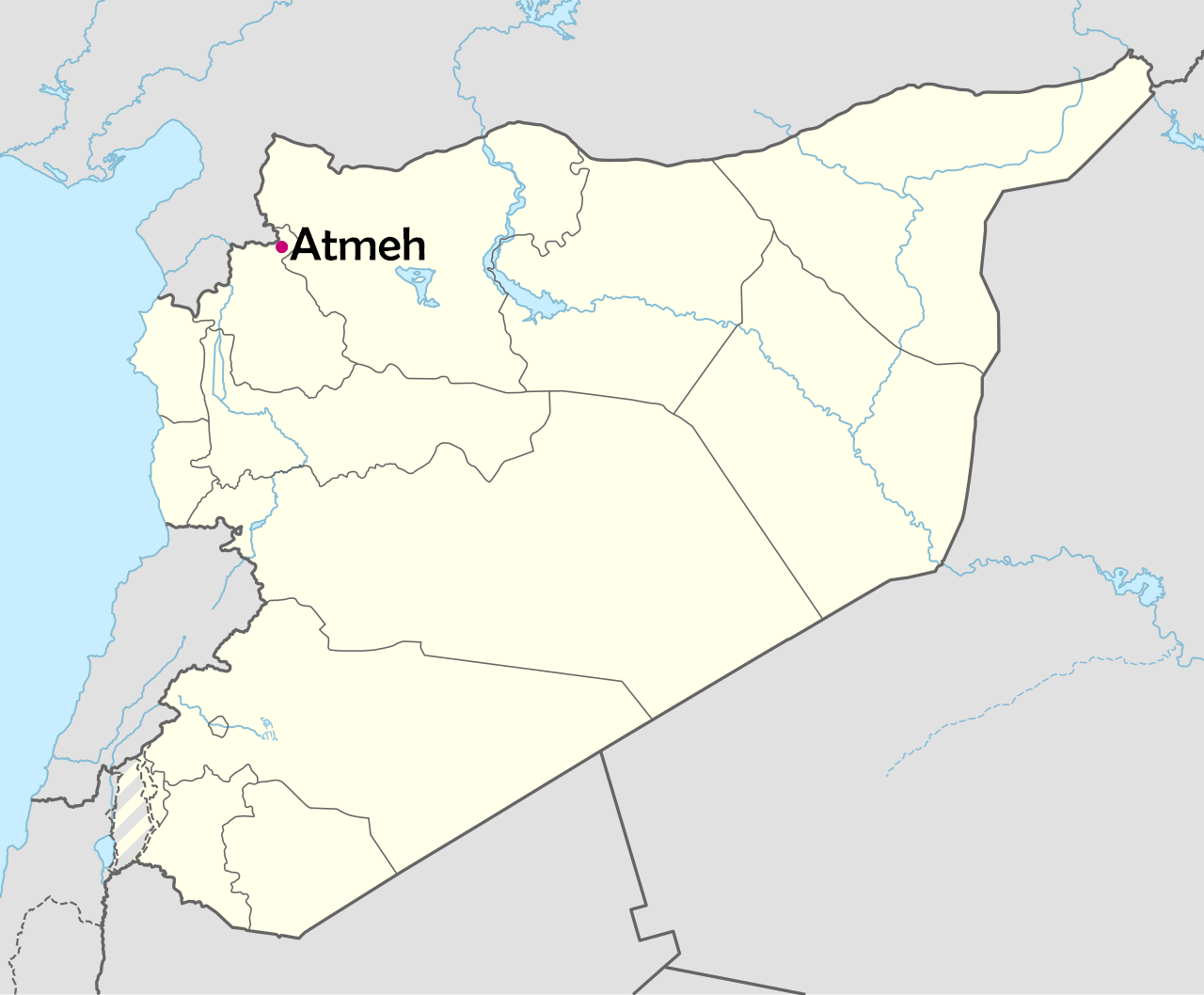 Atmeh in the north of Idlib Governorate has been controlled by Hayat Tahrir al-Sham (HTS) for years, since RINJ Women first established operations near the Olive Tree IDP camp.
Atme(h) lies southeast of Deir Ballut, south of Jindires, northwest of Qah and north of Sarmada and al-Dana. Photo Art/Cropping/Enhancement: Rosa Yamamoto FPMag

“Amir Muhammad Sa’id Abdal Rahman al-Mawla was Quraishi’s name before he joined ISIS,  Caliph al-Baghdadi had told one of our doctors who had been kidnapped from Ibn Sena hospital in Mosul, and taken to a place near Baa’j, Iraq (still in Nineveh governorate)  to attend to the criminal who was suffering kidney damage issues. al-Quraishi was at that time al-Baghdadi’s closest aide and advisor,” said Dr. Nassima al Amouri from Syria.

“Think about it. Quraishi Hashemite heritage is implied by this new name. The name is part of the white washing. ISIS has all the same political issues as any Caliphate/Government/Organization. Abu Musab al-Zarqawi had vouched for al-Mawla/a.k.a. al-Quraishi way back when. In al-Baghdadi’s early days with ISIS, he knew both Zarqawi  and al-Mawla, and trusted them,” she added.

Prison inmate Chiya Moulood Jumha (below left) (a former informant to anyone who would pay including RINJ security personnel) told FPMag he knew Qureshi as an inmate in and out of a Baghdad prison over many years and said Quraishi was a Criminal Informant (CI) to the Iraqis and the Americans back around 2004-2006, after he joined with a Zarqawi-led training unit in 2006 after meeting ISIS people in jail, according to Chiya and two other sources who knew all of the parties.

“al-Baghdadi had helped Qurashi by white-washing his past,” Chiya Moulood Jumha always said, and that Quraishi was “nothing more than a common criminal like me.”

“Qurashi’s good fortune was to meet Zarqawi and become his gopher. His close relationship with Zarqawi impressed al-Baghdadi but more than that, Zarqawi gave Qurashi a good reference to many people. Until then he was a nobody. A common criminal. Quraishi was as devoted to Mohammed as the pope,” she added sarcastically. 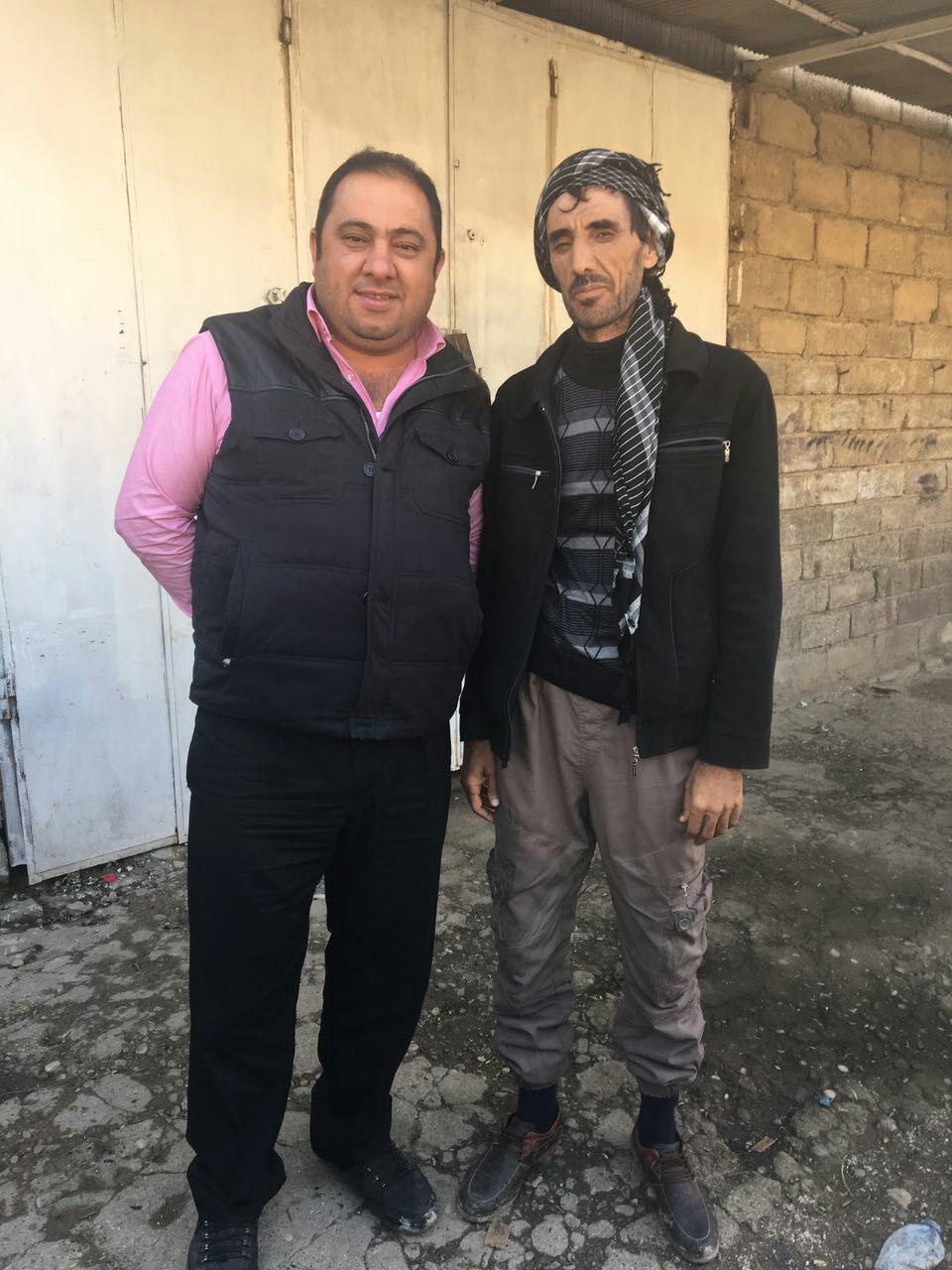 Prison inmate Chiya Moulood Jumha (left) (former informant to anyone who would pay) told FPMag he knew Qurashi as inmate in Baghdad and said Qurashi was a Criminal Informant (CI) to the Iraqis and the Americans before he joined with a Zarqawi-led training unit in 2006. al-Baghdadi had helped Quraishi by white-washing his past. Chiya Moulood Jumha always said that Qurashi was nothing more than a common criminal. What were his crimes? Rape, theft, fraud.

Hajji ‘Abdallah as he is also known was living in an ordinary house up north here in Atmeh and apparently did not travel as much as he once did. His house is surrounded by members of other Islamic jihadist group members like HTS. They don’t all get along with each other. I am told that he has been working extra hard because he is challenged in his so called leadership of ISIS.,” she added.

Quraishi Trained under Zarqawi  in his early days with ISIS

We know Abu Ibrahim al-Hashemi al-Quraishi from Shingal in summer 2014. He came to Mosul, Nineveh, in August 2014. We treated many of his victims. He is an ISIS rapist & pedophile. He had the sickest mind of any quasi-human in all time. RINJ Women have a big file on this criminal pic.twitter.com/jPQ8M85rlk