Evacuation of Donetsk and Luhansk Republics. Women, children and elderly flee to Russia.

“I would like to highlight the fact that the Kiev regime has been blatantly violating its obligations for several years and every time when additional measures to ensure a ceasefire are coordinated, it sabotages them,” said Sergey Lavrov, earlier Friday.

Local RINJ Women workers including nurses and EMS drivers have begun assisting the elderly in the Luhansk PR and Donetsk PR prepare for immediate evacuations.

‘Lana’, who is a volunteer worker who normally drives a school bus is now in charge of a bigger bus and charged with making sure that all evacuees will have a packed lunch and a mask to wear aboard her bus. 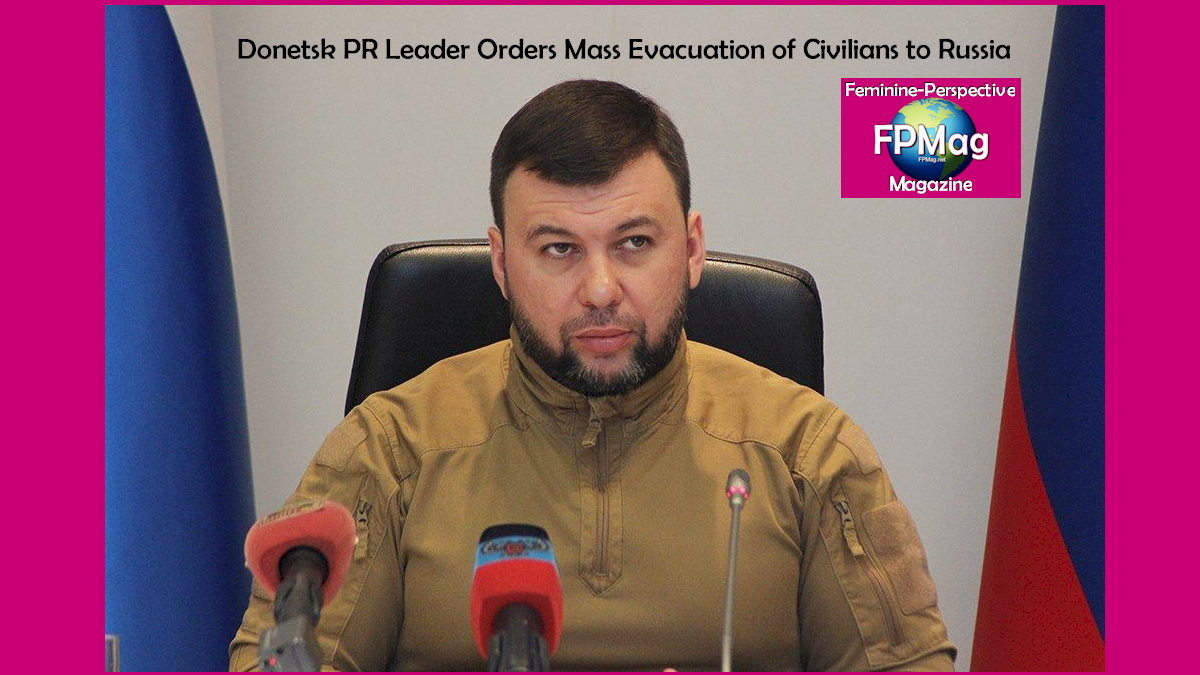 Denis Pushilin, Donetsk PR President has ordered an immediate and temporary evacuation of the DPR, citing a sharp increase in heavy artillery fire from the Ukrainian military. FPMag has verified that explosions are occurring mid-day Friday in the two Republics from two of the RINJ Women Chapter members located in the area.

Donetsk PR chief Denis Pushilin has ordered an immediate and temporary evacuation of the DPR, citing a sharp increase in Ukrainian military artillery.

Mr. Pushilin said that in light of the increased artillery explosions that the safety  option of evacuation must commence Friday with women, children and the elderly having first priority on the busses.

“Today, their guns are aimed at civilians, at us and our children,” said Mr. Pushilin in what some said was a quivering voice.

According to Lana, whose last name was hard to make out, “neither side has any idea what they are shooting at except they try to hit each other. But the mercenaries go to the schools, shoot a mortar bullet [sic] and then run away as the Donetsk army shoots back. Well it was a church or a school from where they shoot but the Donetsk Army doesn’t have any satellites or airplanes to confirm what the bombs [mortar round?] came from,” she had said. 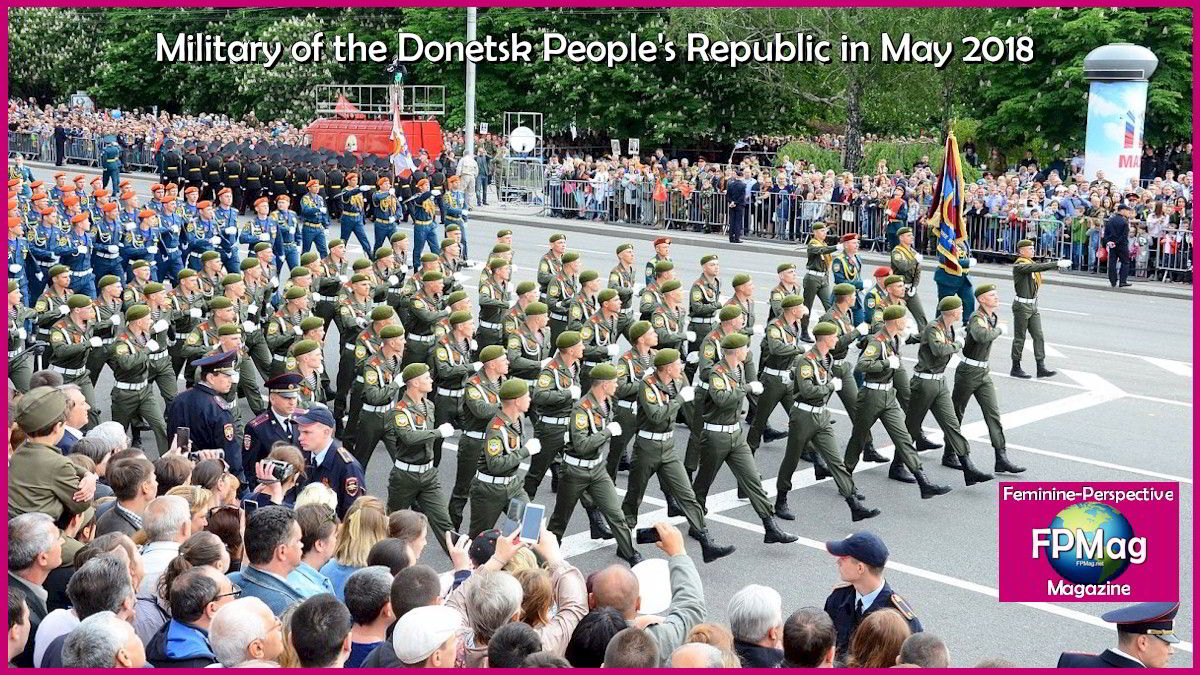 “The Luhansk PR Health Ministry has managed to vaccinate most of its communities but Donetsk PR has a significant community spread of COVID-19 Omicron variant still,” says Lana.

“This evacuation has been sudden but I heard the Ukrainian Army and the American mercenaries are here, and there have been huge explosions in the distance. Nothing has hit my hospital where people will be evacuated from on the first trip. They will come here because it is a central location. People are delivering flyers, now at supper time,” she said.

“The loud noises,” an official said, “came from heavy artillery. Ukraine bombarded the village of Rayevka with 122mm artillery guns, firing seven big rounds. Six big shells were fired from 120mm mortars at the village of Zhelobok about 6 hours thirty minutes ago.  More recently the Ukrainian armed forces launched ten 122mm artillery shells against the community of Vesyolaya Gorka, which is probably what your driver heard,” said the official from the LPR defence forces. FPMag was unable to confirm this information.

“I have asked but got no answer about getting vaccines shipped to Rostov. That’s where I am supposed to be driving, but nobody has left that yet from Luhansk. Can you check if I am allowed to say that is where we will drive?” she asked. (The Russian news agency has already released that information.)

Recently a school yard in what both sides have said is an area they control was hit. In this case it is Stanytsya, Luhansk on Depovska Street. 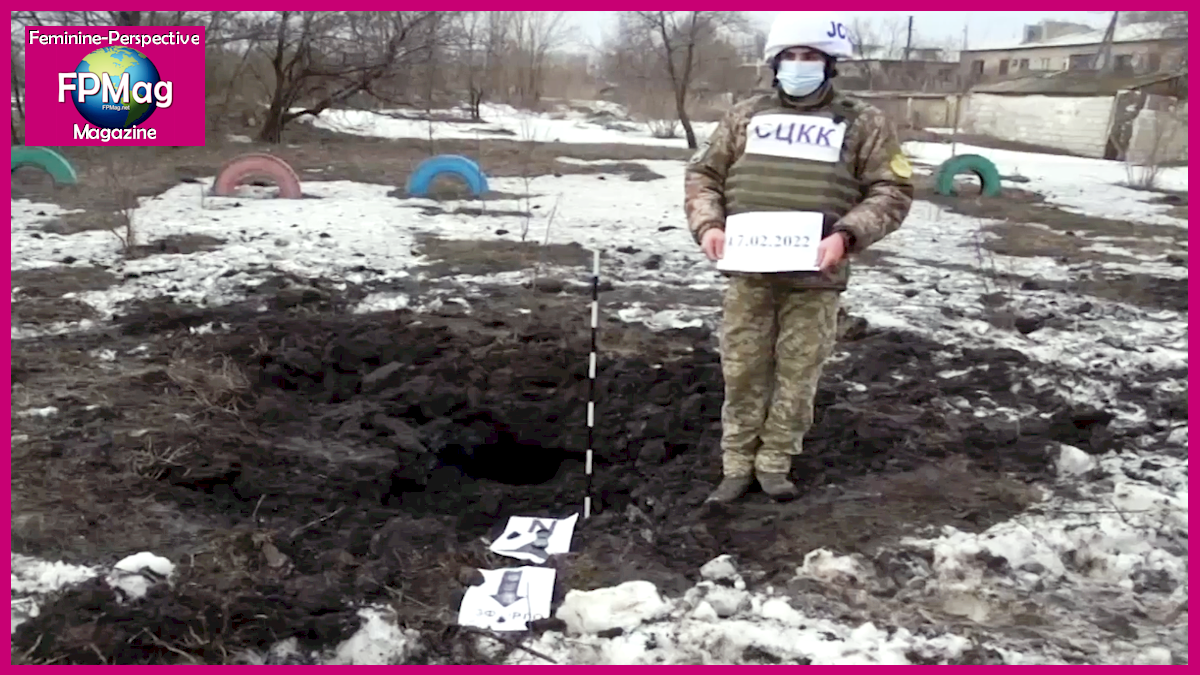 According to RINJ Women in the area, both sides have said that they are only firing upon the source of mortars that are fired toward themselves.

“If we see a source of a mortar, we launch a mortar at that location, is what the Donetsk soldiers told me. And I say this is hardly the best way to make sure there are no civilian casualties. We have told the men to stop these activities and help with the evacuation of civilians,” says Lana’s helper who took the phone for a few moments.

And then at 6:43PM their time, the two women needed to move their bus and the conversation ended.

Waiting for the Bus.