Canada should isolate from USA until it returns to rules-based order; stops killing blacks in the streets; stops slaughtering children it thinks don’t matter, with drones.

Claiming that Canada is an authoritarian regime like Venezuela, Republican New Mexico Congresswoman Yvette Herrell has promised to introduce a Bill in Congress that will grant asylum to Canadian truckers and others facing prosecution for instigating riots, threatening officials and demanding the Canadian government be removed by force and that the requirement of the USA and Canadian governments for truckers traveling back and forth across the border become vaccinated against COVID-19, be rescinded. 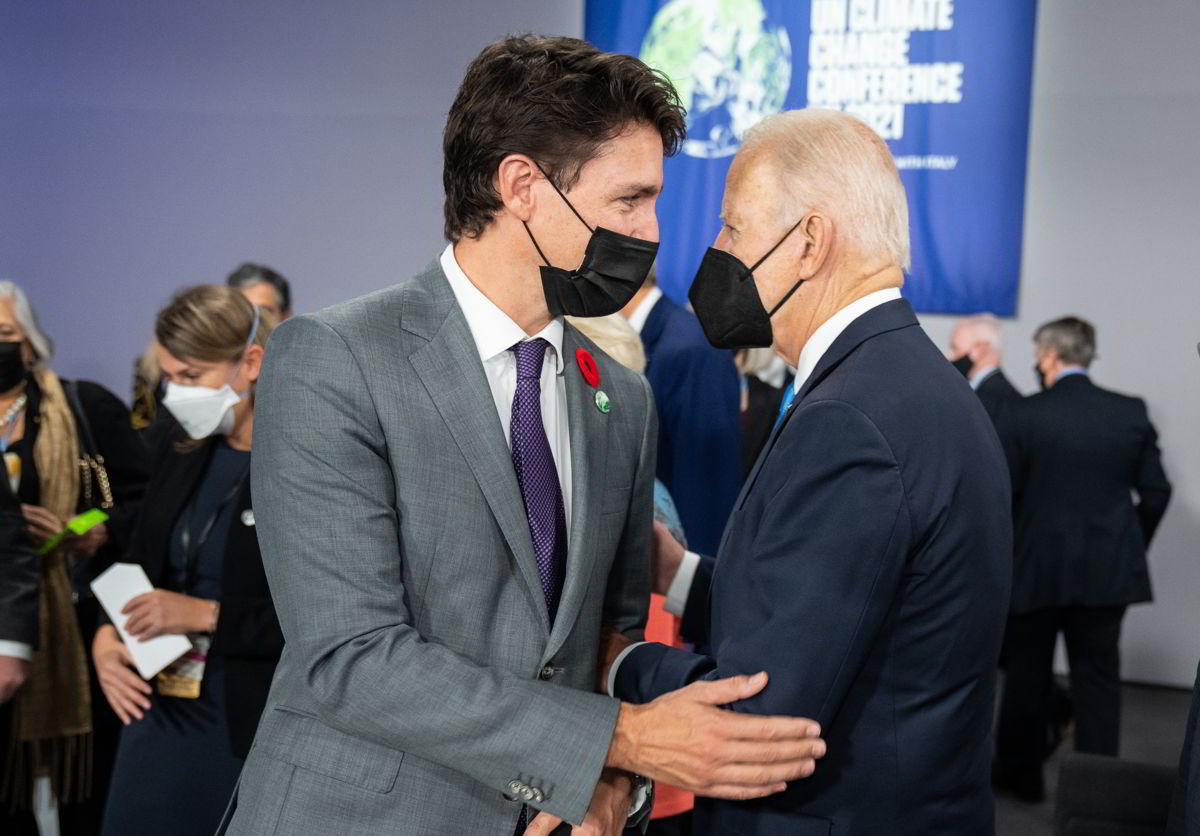 Ottawa police services say their emergency call centers were being swamped with false emergency calls in an American-origin denial of services attack.

“They were coming in from the United States,” police chief Peter Sloly said in a news conference. “Not exclusively, but significantly from United States addresses.”

Interim Ottawa police chief Steve Bell said in a weekend press conference—speaking to Canadians—that, “If you are involved in this protest, we will actively look to identify you and follow up with financial sanctions and criminal charges.”

The United States President had requested strong action to stop the blockades of the US Border.

“Just as we provide asylum for political prisoners, we should do the same for truckers who have been subjected to violence, had their property confiscated, and their bank accounts frozen by a government that is quickly becoming the embarrassment of the free world,” Herrell said in a statement on Twitter. “I am introducing legislation that would temporarily grant asylum to innocent Canadian protesters who are being persecuted by their own government,” said GOP Representative Yvette Herrell.

The US opposition official Senator Cruz urged Canadians to disobey a Canadian court order that insisted insurrectionists stop blocking the bridges to the United States. Cruz said, “God bless these Canadian truck drivers. They’re defending Canada, America, and they’re standing up for freedom. The government doesn’t have the right to force you to comply to their arbitrary mandates.”

Sticking to Canada’s Conservative’s Party’s emailed talking points, temporary Opposition Leader Candice Bergen has joined those politicians urging Canadians to commit crimes and ignore court orders, claimed that Justin Trudeau implemented the Canada Emergencies Act  for his political gain. This implies correctly that Canadians were adamantly against the siege and occupation of Ottawa and the violent interruption of cross border traffic between Canada and the United States. Canadians supported strong action to stop the insurrection. 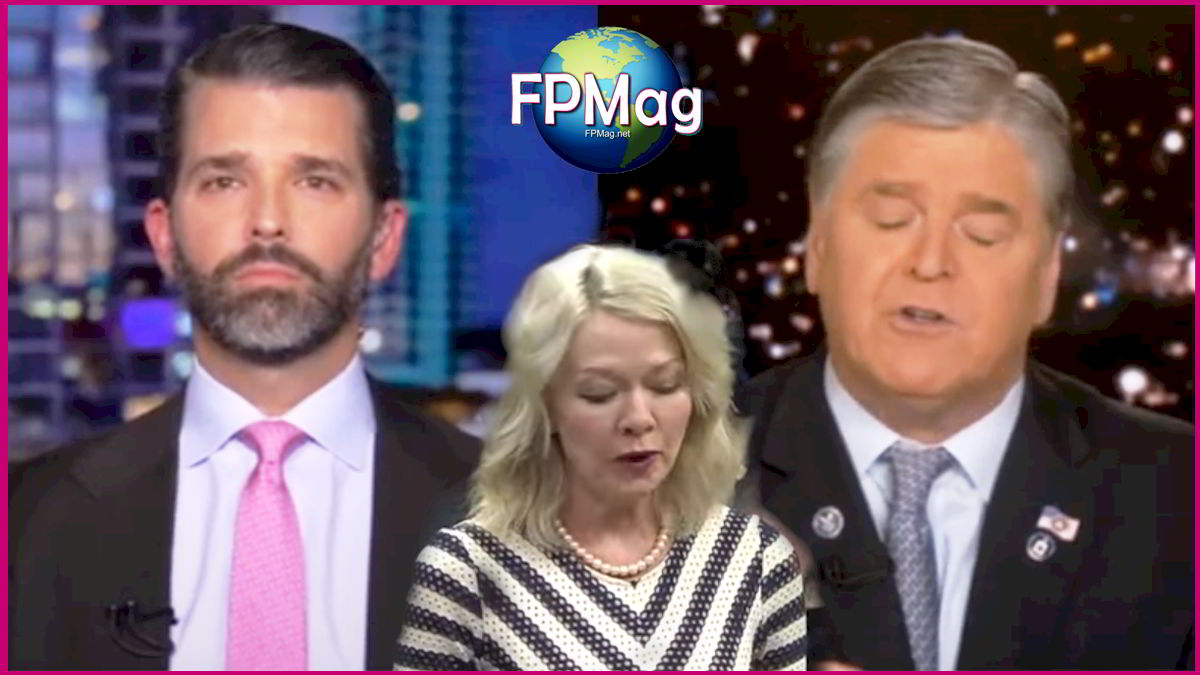 Joe Biden had insisted Trudeau take strong action using Canada’s  “federal powers” to end the blockades. Were there threats? Yes there were.

Most Canadians support the idea of getting vaccinated for infectious diseases like yellow fever, smallpox, polio, measles, COVID-19, and some day, HIV.  Canadians also agree that America had the right to implement rules that say truckers crossing into the United States must be vaccinated against COVID-19. Canada reciprocated with a law that came into place in January despite it being redundant to the American law.

“If they were protesting against COVID-19, I would join them for an hour or two,” said Dale Carter, a RINJ Foundation security analyst.

“I like most Canadians are furious at this beast of a disease.”

“But protesting American vaccines which have saved millions of lives is both foolish and I suppose an insult to our German and American allies who created the mRNA vaccines.

“Production lines in the United States needed to be shut down and workers lost wages because supplies are not getting through from Canada during the border blockade by the insurrectionists. I suspect that the not-so-bright side of the working class are being rabble-roused by foreign malign actors, the Russians specifically, and there surely are enough stupid Americans to jump aboard. America has the worst educational standings in the entire G7,”  she added.

“Not only are Americans stimulating a war with Russia, they are so incompetent they are helping the Russians conduct a hybrid war tactic against North America,” said Ms. Carter.

“Canada needs to rethink its relationship with America because every time we get involved with their nefarious activities, it blows up in our faces.”

The insurrectionists blocking of bridges despite court orders to ease that crime caused huge damage to other families who lost paid hours of work and days worth of wages.

It is true, General Motors had to cancel two production shifts at a plant in Michigan where it builds sport utility vehicles because it could not avail the parts coming from Canada.

Toyota in Canada, halted production at three factories in Ontario.

USA past-president Donald Trump doubled down on the Russian side, calling the Canadian Prime Minister Trudeau a “far left lunatic” because Trudeau opposed the foreign-funded and foreign-supported insurrection in Canada that was keeping American workers home.

Ottawa Police Chief saying and doing all the things Canadians needed/wanted to hear and see.

“We continue to maintain a police presence in and around the area the unlawful protest occupied,” police said. “We are using fences to ensure the ground gained back is not lost,” said Ottawa Police Chief Steve Bell.

Ottawa Police Services had told Canadians that the core of Ottawa was designated as a no trespass area following weeks of Ottawa’s siege. After weeks of asking protesters to leave Ottawa, and a $306 million law suit by Ottawa residents against the ‘convoy-occupation’ organizers  insurrectionists were given four days to clear the area.

Former Bank of Canada and Bank of England governor Mark Carney, an Ottawa resident,  now serving as UN special envoy for climate finance, wrote in the Toronto Globe and Mail  about the occupation of Ottawa,  “No one should have any doubt,  this is sedition. That’s a word I never thought I’d use in Canada. It means ‘incitement of resistance to or insurrection against lawful authority.’”

It was “understandable that many would want to come to Ottawa to protest” after two years of pandemic restrictions, and “many Canadians who joined the demonstrations undoubtedly had peaceful objectives,” Carney wrote.  But that was before two weeks of blocked streets, harassment, intimidation, alleged assaults on downtown residents wearing masks, and one group of protesters allegedly trying to set fire to a 100-unit apartment building at Metcalfe & Lisgar and nearly succeeding.

“From now on, those who are occupying the downtown of our country’s capital should be in no doubt,” Carney wrote. “They are no longer simply advocating a different strategy to end COVID-19. They are not patriots. This is not about ‘restoring freedom’ but beginning anarchy. This isn’t getting carried away at a rally. It’s not a rush of blood to the head. It’s deliberate and calculated, and because of that, they must know that from now on, there will be consequences for their actions.”

Under the Ontario Trespass to Property Act, such a notice as that issued by Ottawa Police Services imbues considerable authority to the legitimate issuer including the right to use whatever reasonable force is necessary to remove trespassers. Police used the least aggressive measures, exercising more restraint than used anywhere else in the world to remove anti-COVID-19 vaccine rioters. Canada’s Emergencies Act provides for the safety and security of the individual, the protection of the values of the body politic and the preservation of the sovereignty, security and territorial integrity of the state as being fundamental obligations of the Canadian government, according to its authors.

One of the key factors of this Act in the case of the 2022 Ottawa Occupation was the fact that the former Chief of Ottawa Police Services and the Mayor of Ottawa declared that their resources were insufficient to cope with the threat to function of  the city critical infrastructure; unable to assure the safety of residents and the freedom of movement of workers; and that help was needed. These declarations by Ottawa officials  defined the emergency.

Funded by malign foreign actors in the United States and in the Russia Federation, insurrectionists in Canada have held the Capital city of Ottawa in siege for roughly a month using 14 ton to 40 ton heavy equipment like farm machinery and transport trucks to block streets, bridges, public access,  and sidewalks in Ottawa.

The insurrection closed the Rideau center; closed the Westin Hotel; hindered access to National Defence Headquarters at 101 Colonel By Dr. nearby the massive Westin Hotel and Rideau Center;  shut down other critical centers of Canadian government; shut down most businesses in Ottawa for a month; and caused additional spread of the COVID-19 virus.

Participants in the insurrection broke numerous Ottawa bylaws including having lit fires in the streets; illegally parked heavy machinery causing damage to underground cabling, pipes and other critical infrastructure;  improperly stored thousands of litres of automotive fuel and propane bottles in the streets and on the sidewalks as well as on private property; used train horns to blare noise levels of 100db to 150 db  to disturb city residents; and a wide range of other dangerous violations.

Some participants in the insurrection assaulted women and medical workers while others sexually harassed women and girls trying to go about their lives, according to complainants to the RINJ Helpline.  Eventually, Ottawa ground to a halt.

That’s not the end of the list of allegations against the accused.

Canadians have pleaded with the Canadian government to take strong action against the insurrectionists attacking and blocking border bridges between Canada and the United States because American workers were being sent home or at risk of being sent home because the cross border of necessary component parts and devices were held up at tyhe blocked border crossings blocked by transport trucks that should have been carrying needed goods.

Some insurrectionists have had their combat arms confiscated and charged by Alberta-based Royal Canadian Mounted Police, with conspiracy to commit murder, possibly murder of Americans at the USA border. 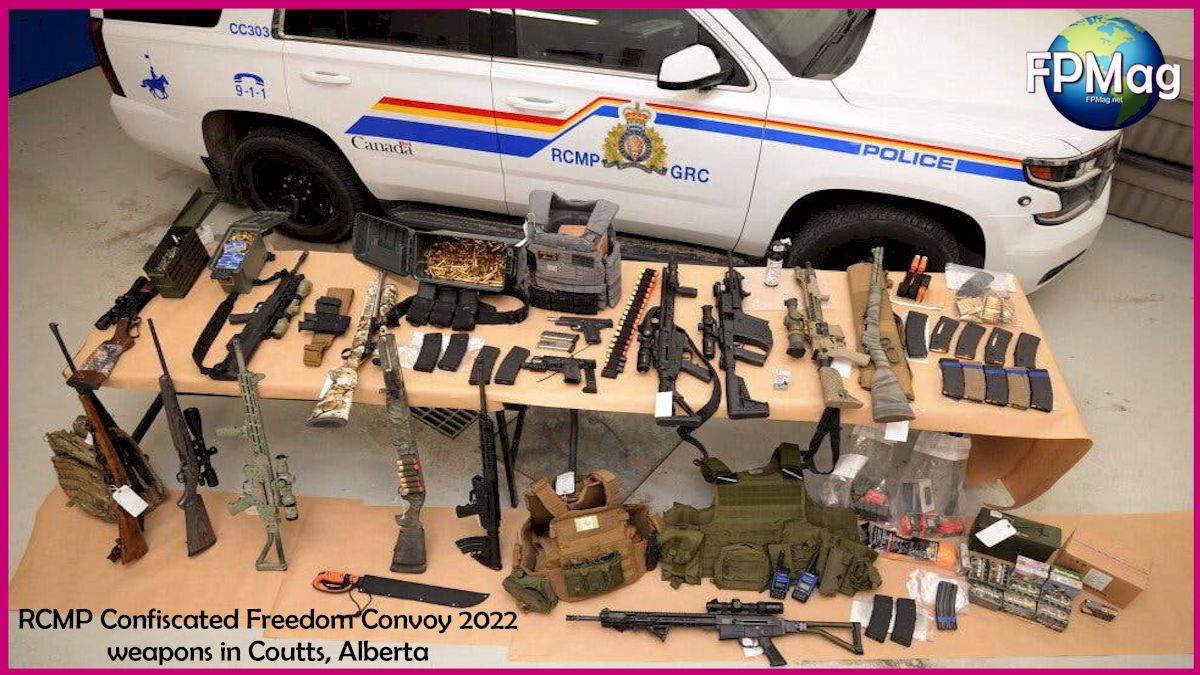 This is a collection of military weapons seized from Truckers in Coutts, Alberta where the so-called “Freedom-Convoy 2022” attacked a part of Canada’s critical infrastructure impacting two countries, one of them being the United States which was talking quietly about sending troops. Photo Credit: RCMP Alberta

Some Americans now say they want to give refuge to fugitive felons from Canada.

“Canada needs to isolate from America until it returns to a rules-based order and stops murdering its blacks in the streets and slaughtering children it thinks don’t matter with drones. Racism in Canada is seeded partly by Americanisms,” said Ms. Carter.

Read if you wish: Seven child and 4 mom casualties to kill one ISIS man? Another USA mass murder of children.

“Perhaps until America returns to a rules-based law and order, Canada needs to rethink its relationship with the United States while banning Fox News and CNN on the grounds that they are broadcasting American upheaval and pure extremist propaganda into Canada,” she added.

“Canada should additionally rethink its participation  in the US-controlled, and seriously malignant, North American Treaty Organization. Canada is a peaceful nation and should also consider declaring neutrality and avoid the influence of warmongering nation states, like America,” she said.