Ukraine Foreign Minister Dmytro Kuleba is asking Russia for a face-to-face or virtual meeting with Russia to clarify Kremlin intent in the next two days.

“If Russia is serious when it talks about the indivisibility of security in the OSCE space, it must fulfil its commitment to military transparency in order to de-escalate tensions and enhance security for all,” said Ukraine Foreign Minister Dmytro Kuleba who has asked Russia for a meeting over the next 48 hours.

But Russia’s Ministry of Defence has  been transparent about the movement of troops which have not changed much in nearly a year.

Listing publicly all of its current military exercises, dozens of them, the Russian Ministry of Defence has explained numerous massive training exercises related to the now up to 45-Nations, Army-Games 2022 which the US and Britain have been excluded from by their own choice, according to organizers.

In recent months, during training on new equipment or upgraded modifications to existing gear, Russian military divisions have selected a total of 9,000 armed forces members to go on to the next phase of competitions. That 9,000 men and women was selected from somewhere near 65,000 troops who were vying for the slots.

FPMag has been talking to a woman organizer of a chapter of RINJ Women in Russia, which has been pushing hard for a peaceful resolution to the NATO buildup and an end to  NATO  offensive aggressions like those in Serbia, Yugoslavia, Bosnia, Lybia, Afghanistan and the Balkans.

The source’s family is involved in the military exercises hosted by Russia for a total of now 45 nations and has been selected for the coming competitions. Svetlana says her husband will be deployed for up to nine months from now. “He is gone and is currently in Belarus training some of the younger members, which he is now certified for doing. The increase in pay is welcomed as prices rise at the grocery stores. He says he likes this work.”

“This is a test of the new equipment,” said Svetlana who lives in north Moscow. “My husband has been going to school to learn the new computer procedures which has been hard for him because his basic experience in computers was previous to the artificial intelligence that now does jobs that were never done before, making combat vehicles much safer. It’s all new, and he likes it, but there are so many things to remember, he tells me. But,” she laughed, “he got 95% on his tests so I do not know why he worries. I wouldn’t even get 10%, it is so [geekish],” she said.

When asked about invasion, Svetlana explained that she is free to speak of family matters but because she is not informed, should not be speaking about political matters as part of the Russian army Family. She says there are major benefits and pay bumps if her family does well in the coming Army Games competitions, representing her country. She is genuinely excited, “and so are the children, because they understand why their daddy has been away, and working hard at school when home,” she adds.

Additionally, the Russian Army family is preparing for exercises with the Armies of  India, Egypt, and Pakistan, explained Svetlana. “The guys often come home with sweets for the kids they have traded with the guys from other countries,” noted Sveta.

“A joint cross-branch Russian-Indian exercise, INDRA 2022, is planned to be held on the territory of the Southern Military District. Units of ground forces of Russia and India will practice common training objectives at the Prudboi training ground in the Volgograd Region. The naval component of the exercise will take place in the Black Sea,” the Russian Federation Southern Military District announced in late January. 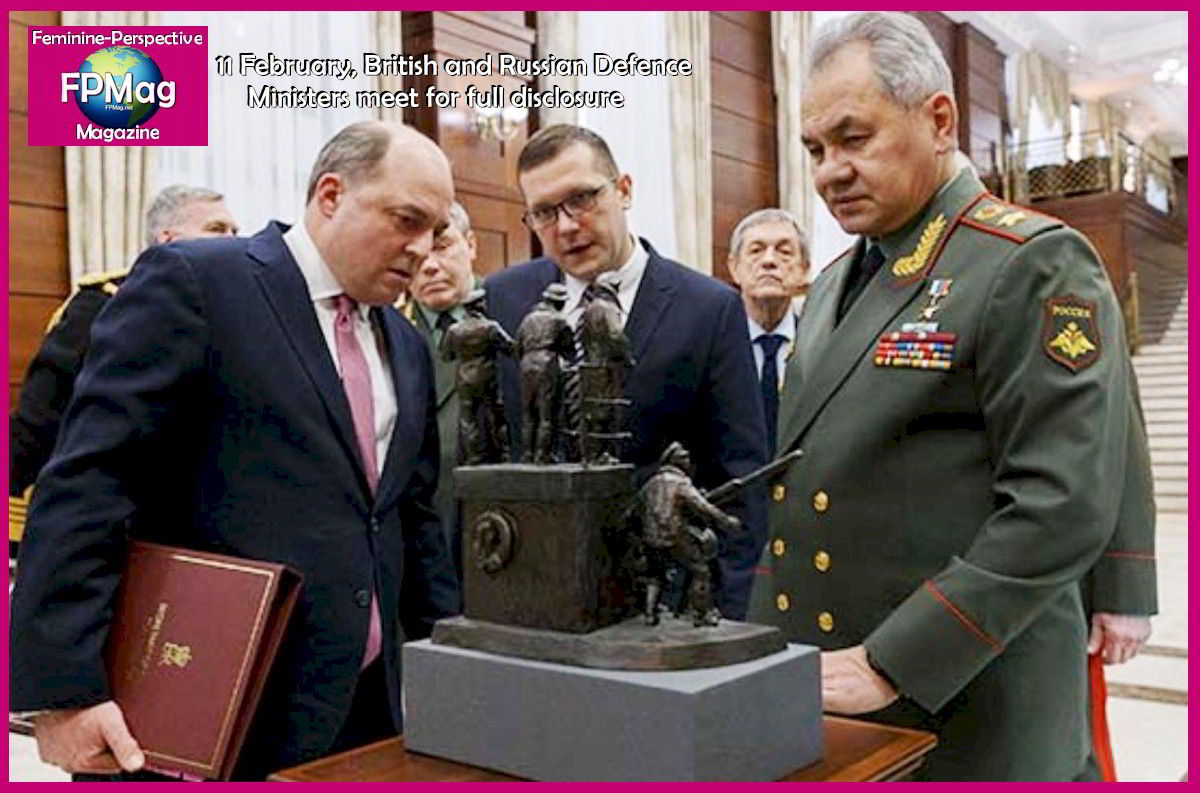 British Defence Minister Ben Wallace, who arrived in Moscow for talks with the head of the Russian military department, General of the Army Sergei Shoigu, got acquainted with an exhibition dedicated to the history of military cooperation between the USSR and allied states during the ‘Great Patriotic War’. Photo Credit: Russian Federation, Ministry of Defence 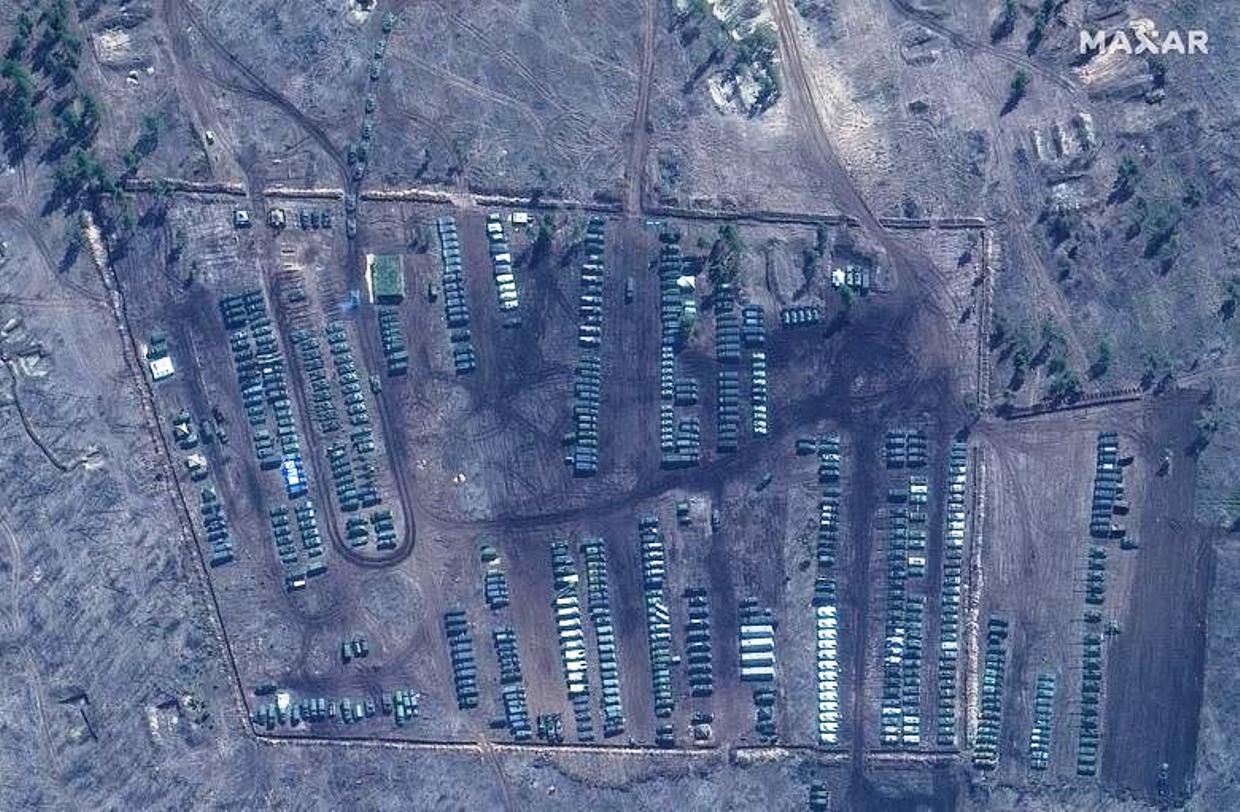 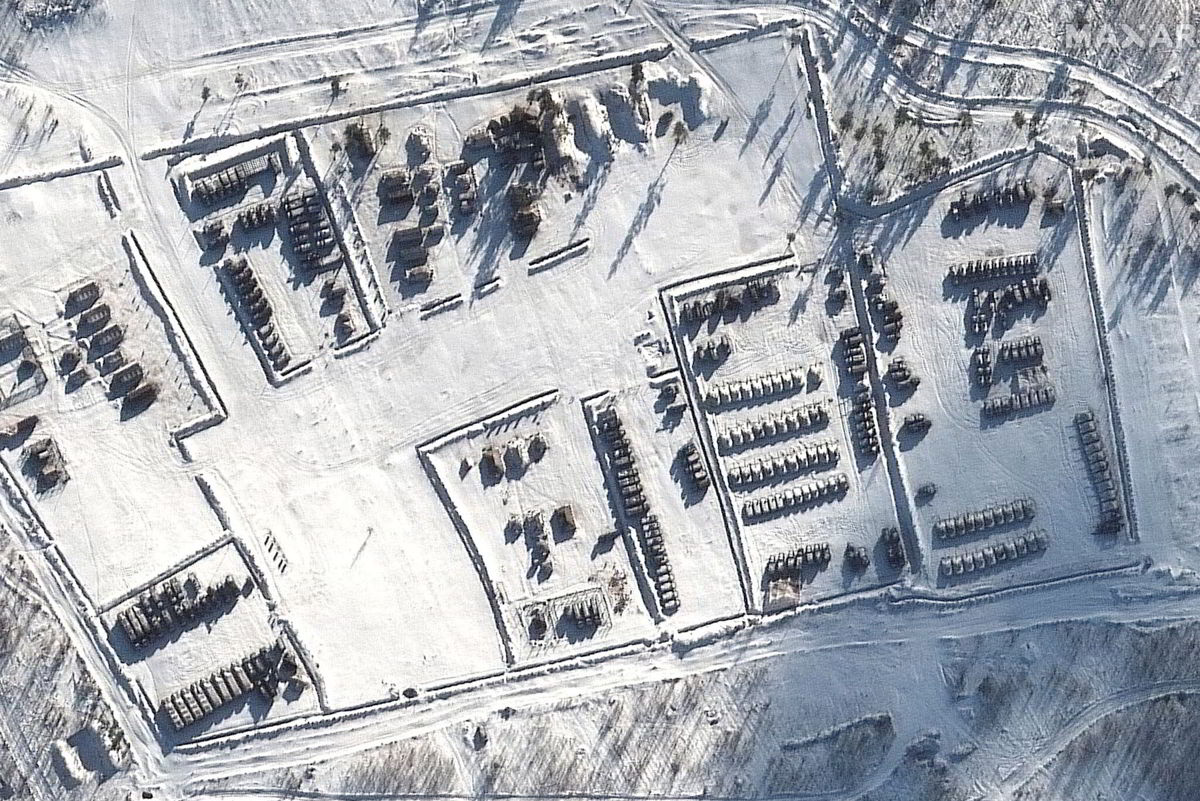 Ukraine President Zelensky invited US President Joe Biden to come to Ukraine for meetings however, the White House has not responded that anyone knows about according to sources in Kiev.

In each case the mainstream media laps it up, one-sided, even to the point of hysteria.

The Russians Are Coming

Since November 2021, Joe Biden has claimed that the Russian Federation will invade Ukraine and take over Kiev, or some variation of that, any day now, every single day.

Biden has ordered extra American troops into the Balkan NATO countries  and has sent weapons to  recently recognised Bosnia and Herzegovina, Georgia, and Ukraine.

But NATO enlargement has been the primary sticking point with diplomatic discussions. In fact, the West has completely ignored Russia’s concerns 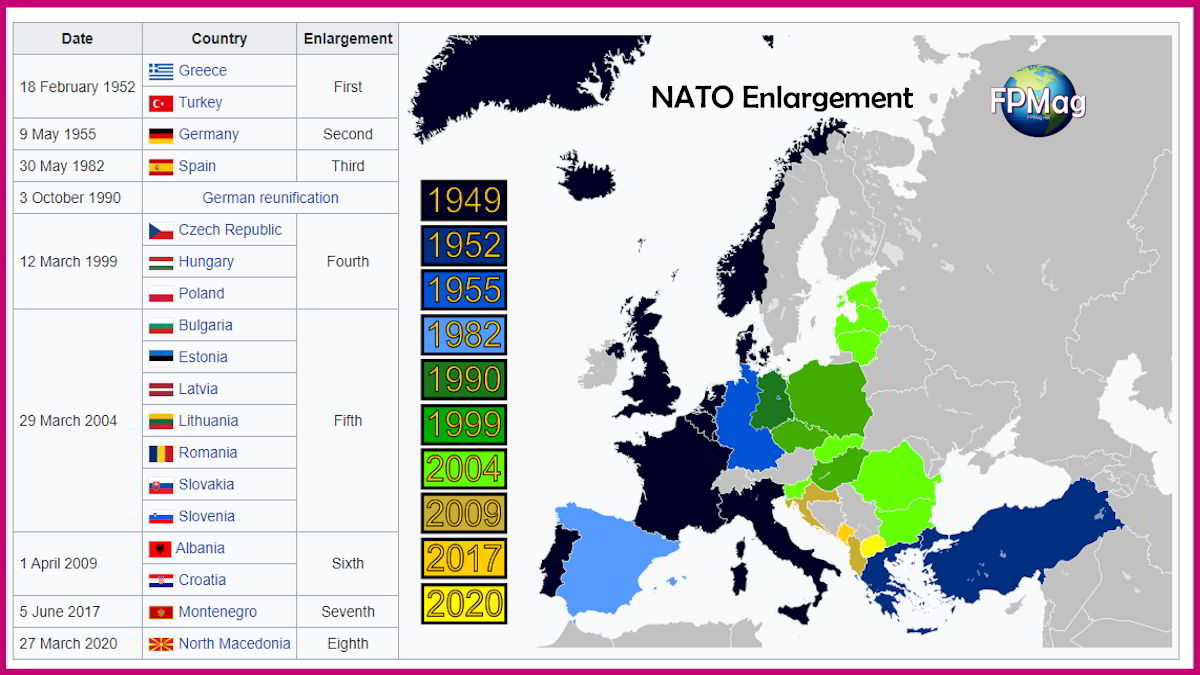 The enlargement of NATO. Click to enlarge and read. Source: Wikipedia

“The EU and its member states are coordinating their actions in view of the current threats on Ukraine. Our diplomatic missions are not closing. They remain in Kyiv and continue to operate in support to EU citizens and in cooperation with the Ukrainian authorities,” Josep Borrell, High Representative of the European Union for Foreign Affairs and Security Policy said in a statement.

“We recall that any further military aggression against Ukraine will have massive consequences and severe cost in response,” Representative Borrell said.

Statement of Maria Zakharova, Spokesperson for the Russian Federation Ministry of State

“What the USA and Britain are doing now is classic propaganda of war.
It was prohibited by the International Pact on Civil and Political Rights, adopted by resolution 2200 A (XXI) of the General Assembly on December 16, 1966.

Article 1 of the 20th article of this document reads:

“All propaganda of war should be prohibited by law.”…

“The United States and Britain took out a tool…  now through CNN, Bloomberg, British tabloids the Biden administration has controlled hysteria, influencing public opinion in their countries with propaganda. Russia will not invade Ukraine no matter what they say. [Translated]”