20 to 100 Km from where American Warships Menace Asia with enough warpower to erase millions, ordinary families worry about the massive military buildup in the Asian Seas. These are typical women and children USA is willing to risk in Asia by warring with China, and they are protesting “American Interference”. Photo/Art: Rosa Yamamoto FPMag

“This erroneous act is a serious violation of the one-China principle and the stipulations of the three China-U.S. joint communiques,” said Ma, adding that Taiwan’s Democratic Progressive Party authorities will receive “more severe blows” if they continue banking on external forces to seek “Taiwan independence.”

“This US Delegation overestimated themselves and attempted to challenge the one-China principle”, Chinese foreign ministry spokesperson Wang Wenbin said on Monday.

“The one-China principle is also the political foundation for the establishment of diplomatic ties and the growth of China-U.S. relations,” the FM spokesperson Mr. Wang added.

Asian Seas are now Churning with Warships and Nuclear Submarines

Colonel Shi Yi, spokesperson for the PLA Eastern Theater Command said that his region organized joint combat-readiness security patrols and combat training exercises involving troops of multiple armed services in the waters and airspace around Taiwan Island on Monday. Those continue Tuesday and entail restrictions in the region around the island and the strait between China Mainland and Taiwan, China.

“This is a stern deterrent to the United States and Taiwan continuing to play political tricks and undermine peace and stability across the Taiwan Strait”, adduced Colonel Shi Yi.

“Tense and stilted posed photograph is historic evidence of America’s pride in being obnoxious and irritating,” says Sara Qin, an ardent CCP member who says she speaks for herself and not the CCP. 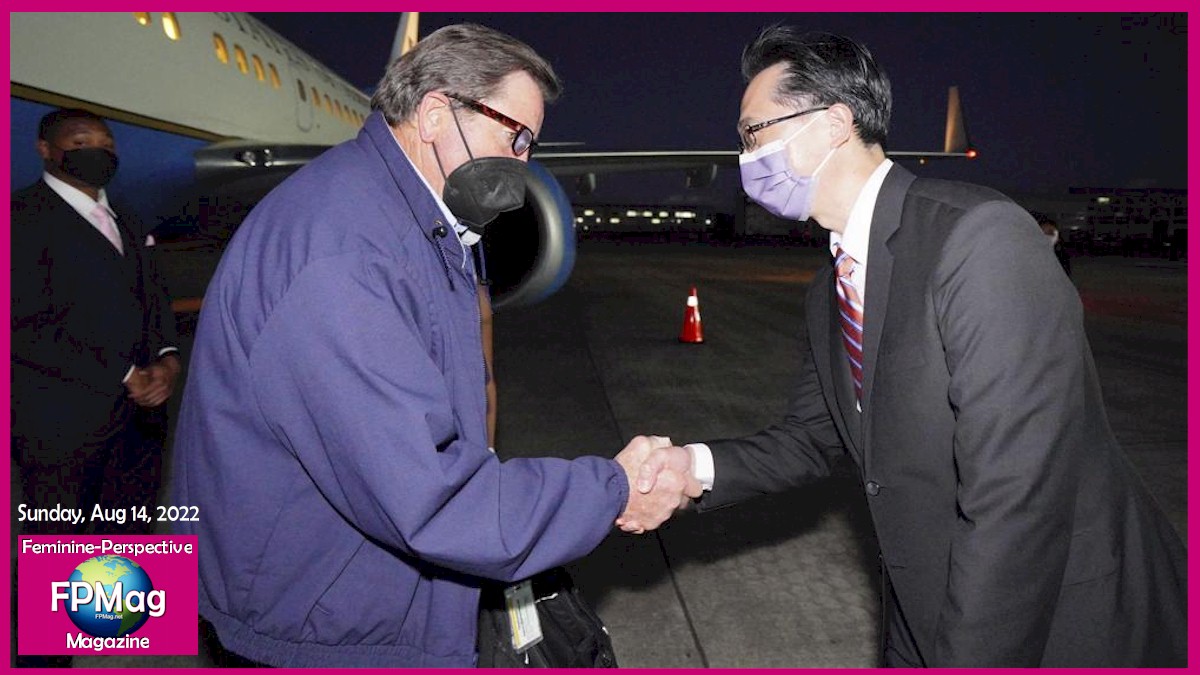