During a structured civil society NGO surveillance and investigation into the NPP crisis, the true Zaporizhzhia story as told by local apolitical officials is revealed. The plant is in a second significant phase of modernization and is in a fragile status as ‘technology changes are made and fail-over systems await renewal’.

“America is in a panic mode as everything it has done in its proxy war with Russia on Ukraine soil is falling apart, partly because of the disastrous corruption in Ukraine and partly because of the lack of command and control of a military that lacks any resemblance of cohesion morale,” explains Dale Carter, security director of The RINJ Foundation, in Ukraine.

A crisis of Russian superiority

“The NPP crisis is a crisis of Russian superiority. Russia, on 27 February captured the NPP and has guarded the plant steadfastly since then. The  company that operates the NPP is led by a man named Pavlo Pavlyshyn whom Ukraine appointed. He is about to lose his job, say sources. But that could change.  It was Russian scientists and engineers who built the Zaporizhzhia Nuclear Power Plant and they will again take over as Russia and the Donetsk PR redirect the power output from the plant to the 21% of territory controlled by Russia. The plant would cost more than $40 billion USD to replace. Meanwhile Ukraine has already cut off power to most of the ethnic Russian regions of Ukraine. Russia is not going to relinquish control of the Zaporizhzhia Nuclear Power Plant and it says it will not let it come to harm,” explains Ms. Carter from Kiev, Ukraine.

Why are these the true facts and the American propaganda lies are the ones accepted about the American Proxy war against Russia on Ukraine soil?

As most Russians are now in the process of becoming banned from the rest of the world in athletics and tourism; sanctioned all the way to the medicine cabinet; and murdered in their homes in Luhansk PR and Donetsk PR since 2014; the provocation of the most nuclear-armed nation in the world is approaching a catastrophic threshold according to the dramatic actor, Volodymyr Zelenskyy.

Over the past eight years, all of Americans, Ukrainians, and Russians are allegedly guilty of the Rome Statute Crime of “Aggression” in the Donbass Region according to civil society RINJ Women humanitarian NGO workers who have been in the Donbass region since at least 2013, some as early as 2012. 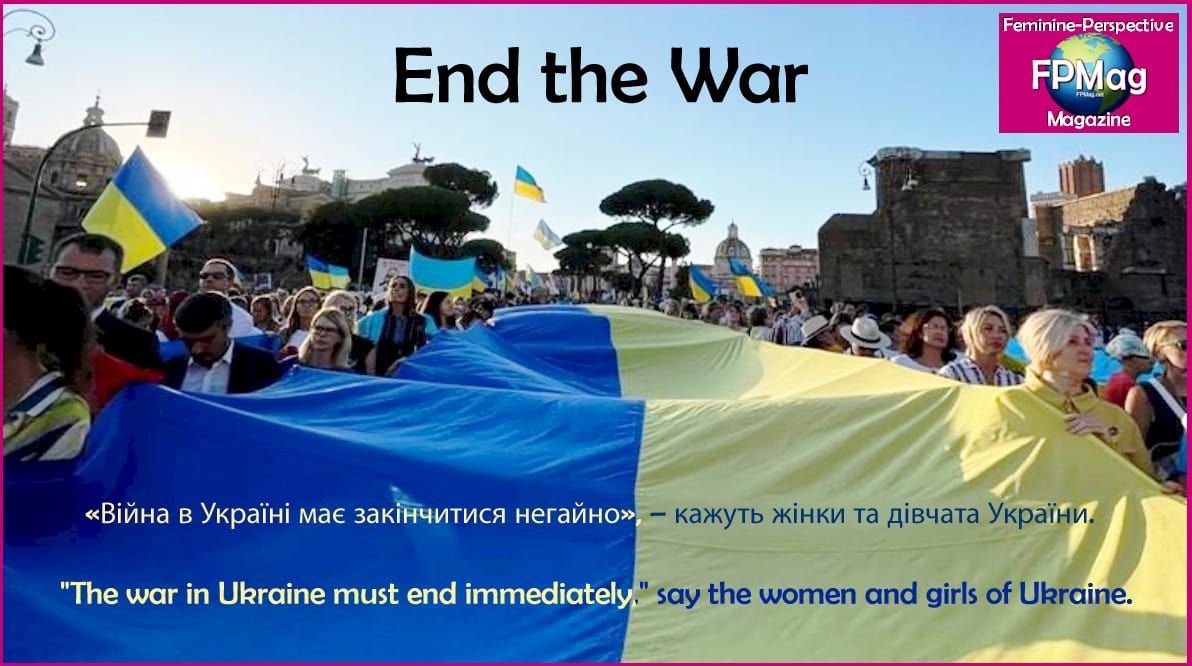 The evidence of a crime of aggression comes from the mouths of babes, and from their mothers.

In a report to the United Nations, 7 years ago, the RINJ Women indicated the collection of data for each specific child/adult rape case and the ensuing official swearing of the evidence; and the laying of the charge, are each an incremental element of the larger process of proving the international crimes of aggression and genocide.

The Rome Statute, a founding platform of international law for the International Criminal Court (ICC) sets out the following crimes:
1) aggression,
2) genocide,
3) crimes against humanity,
4) rape in conflict zones,
5) and links directly or indirectly other war crimes like mass murder and more.

“The patients we have seen, treated or sheltered are the witnesses to these crimes,” says Dr. Nassima al Amouri, a medical director of one of the RINJ Foundation’s operating units currently in Ukraine.

“The world needs carefully kept crime records from civil society which in war zones is better able to circulate and observe than are official agents of the warring parties, therefore we must increase our workload and conduct recorded surveillance of some war-time activities, especially because none of the parties present the truth including the United Nations which has taken unmistakably the NATO side in the Ukraine proxy war.”

The crime of aggression: Benjamin Ferencz an investigator of Nazi war crimes after World War II and the chief prosecutor for the United States Army at the Einsatzgruppen Trial, observed that “the most important accomplishment of the Nuremberg trials was the condemnation of illegal war-making as the supreme international crime. Nuremberg was a triumph of Reason over Power. Allowing aggression to remain unpunishable would be a triumph of Power over Reason.”

The international community adopted article 8 bis to amend the Rome Statute to criminalize acts of aggression in 2010, thanks in large part to the efforts of Ferencz This is an important step forward to criminalizing and preventing war. But more needs to be done to ensure full accountability for the crime of aggression and other instances of illegal use of force.

“If your country is about to be destroyed and its people killed en masse, escalating the conflict to a Mutually Assured Destruction (MAD) war is irrelevant to one’s own outcome, which is doomed anyway—nothing to lose,” suggests Simon Baldock, an Israeli security analyst.

“According to its conduct in this proxy war, and previous secret discussions that leaked,  the NATO secret long-term strategy is likely to prolong the American proxy war in Ukraine against Russia until Russia is weakened to a dangerous level and then launch an all out NATO attack against the country, and kill as many Russians as possible,” suggests Simon Baldock, an Israeli security analyst.

Having provoked war with Russia by moving NATO weapons to the Russian border in a massive eastward expansion from 16 nations to 30 nations, Russia was faced with the prospect of pleading with the NATO leadership (USA) or invading a neighbouring country on the other side of Russia’s longest border with continental Europe, suggests Political Scientist Dr. John Mearsheimer.

“I think all the trouble in this case really started in April, 2008, at the NATO Summit in Bucharest, where afterward, NATO issued a statement that said Ukraine and Georgia would become part of NATO. The Russians made it unequivocally clear at the time that they viewed this as an existential threat, and they drew a line in the sand. Nevertheless, what has happened with the passage of time is that we have moved forward to include Ukraine in the West to make Ukraine a Western bulwark on Russia’s border. Of course, this includes more than just NATO expansion. NATO expansion is the heart of the strategy, but it includes E.U. expansion as well, and it includes turning Ukraine into a pro-American liberal democracy, and, from a Russian perspective, this is an existential threat,” citing John Mearsheimer.

The Kremlin wrote letters to the American side explaining its security position, seeking an end to NATO expansion to all the Russian borders with current or prospective EU members. Russia also asked that NATO cease all military activity in Eastern Europe. The American response on behalf of NATO  was “No”.  This war could have been prevented. 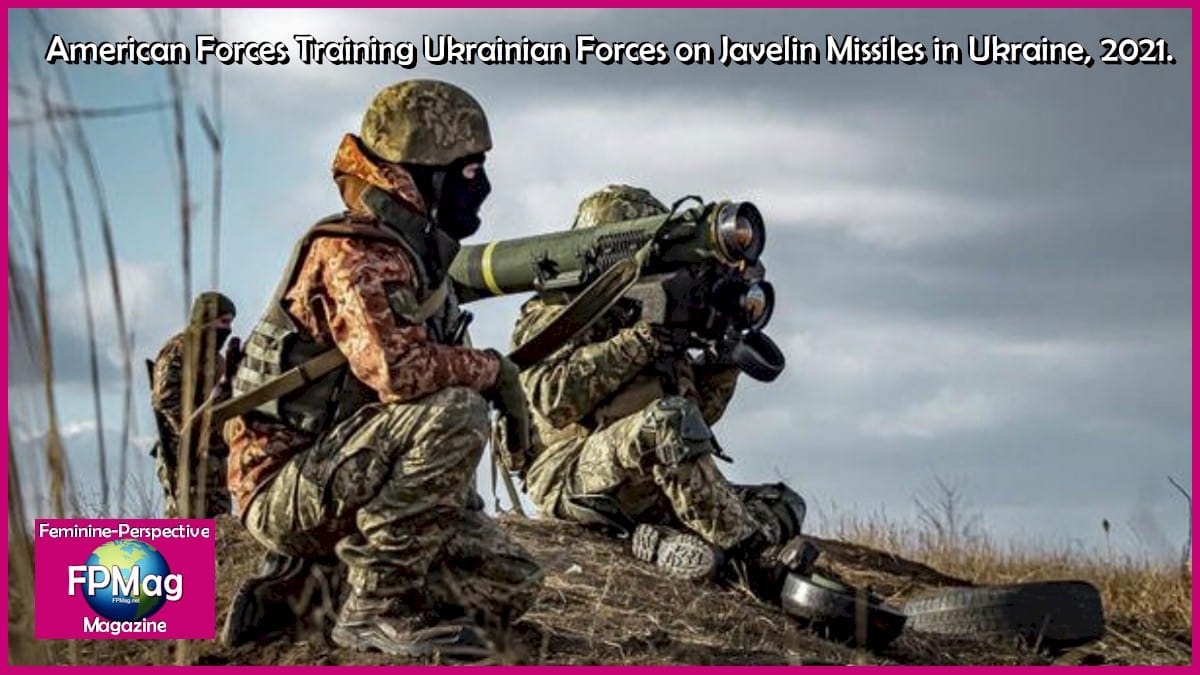 Video: Ukraine shells Zaporizhzhia Nuclear PP as part of its campaign against the region.

Civil Society Puts Zaporizhzhia Nuclear PP under surveillance to learn who is lying.

“Lies about things that will eventually kill folks living in Europe will indict Biden, Johnson, Trudeau and the other narcissistic sociopaths risking Europeans who don’t want to die or glow in the dark. Male power-crazed fools play war games with the biggest collection of nuclear reactors in Europe. These are the same people who continue to work hard at prolonging the proxy war in Ukraine which they provoked and now hope to continue for another year because they think that’s what it will take to weaken and even drain Russia,” says Nurse Practitioner Monique Deslauriers who is on assignment from Calais, Maine for RINJ Women in Ukraine to do some specialized GBV care training and RSAC certification of new nurses working in RSAC Rape Clinics and RSAC Women’s Shelters.

“The surveillance of the Energodar Nuclear Power Plant (NPP) site near Zaporizhzhia will be conducted from 13 key points in the surrounding area, explained Dale Carter, security director of The RINJ Foundation in Ukraine.

“We can confirm from observations that the NPP is still powering Ukraine, but light infantry assaults on the plant by Ukraine Armed forces with American mercenaries did set fire to the power lines and transformers that provide electricity to crucial safety mechanisms at the plant. That caused mandatory safety shutdowns and a period of repairs which are now complete,” she explained.

“Ukraine under US advice has repeatedly taken careful but provocative artillery—including mortars—potshots at the perimeter of the Zaporizhzhia NPP as part of a series of CIA-advised ‘red-flag operations’. They do this and then give a media report saying the Russians attacked their own perimeter at the NPP. In once case the media report was released and on Telegram before the attack. That is what we have seen thus far in the past few days.”

“Clearly the Russians are defending the NPP and the Ukrainians are attacking. The Russians are not shooting at themselves although I would not put that past them if there was any war-time gain to be had, but that is not the case.

“Russia has astronomically more to lose than anyone from harm coming to that Nuclear Power Plant in Energodar,” she said.

“I am sorry but I cannot go into any further detail than that,” Ms. Carter responded to the next question.

“There’s your story. We and our units in the area will contribute professional manpower and marshal local civilian volunteers to continue this surveillance study until such time as we have a positive indication from the International Atomic Energy Agency (IAEA). The IAEA will make a report next week or thereafter and we will close the mission when the IAEA reports indicate that the crisis level has been mitigated,” said Ms. Carter who refused to say more.