Asian Women activists who organize the protest against militarization of the South China Sea say that the American influence on South and East Asian families is sickness, hunger, unemployment, and fear of imminent war.

“But China,” says CCP member Sara Qin who is personally opposed to militarization of the South China sea, “while hoping for a political solution, awaits the new navy build-completion of numerous, massive Type-075 amphibious landing craft; Type 901 fast combat support ships; and Type 055 Super Destroyers (13,000 tons) the most powerful destroyer in the world, all planned to support People’s Liberation Army troops in the invasion of Taiwan if that ever comes to pass,” she said [translated].

“Plenty of information has been gathered from military exercises related to Taiwan following American officials shunning Beijing and making official visits to Taipei, denying China’s authority over the island,” she added. “That information has been requested by the engineering and test establishment of the PLAN which is conducting sea trials and designing changes and upgrades for current and future vessels.”

“Invasion timing, or at least readiness for invasion, seems to be about 15 months off, based on rumours and the obvious completion dates of sea trials and other shakedown maneuvers needed for operational  preparedness. Various military leaks have confirmed these suspicions but that is only a guess. According to some dated US documents, that timing is also supported by some US Navy strategists,” she added.

Concomitantly, that speculation is also what US President Biden is being told say people familiar with the matter who were not authorized to comment and requested anonymity. But China like the rest of the world is not immune to naval production extensions and sea trial delays. 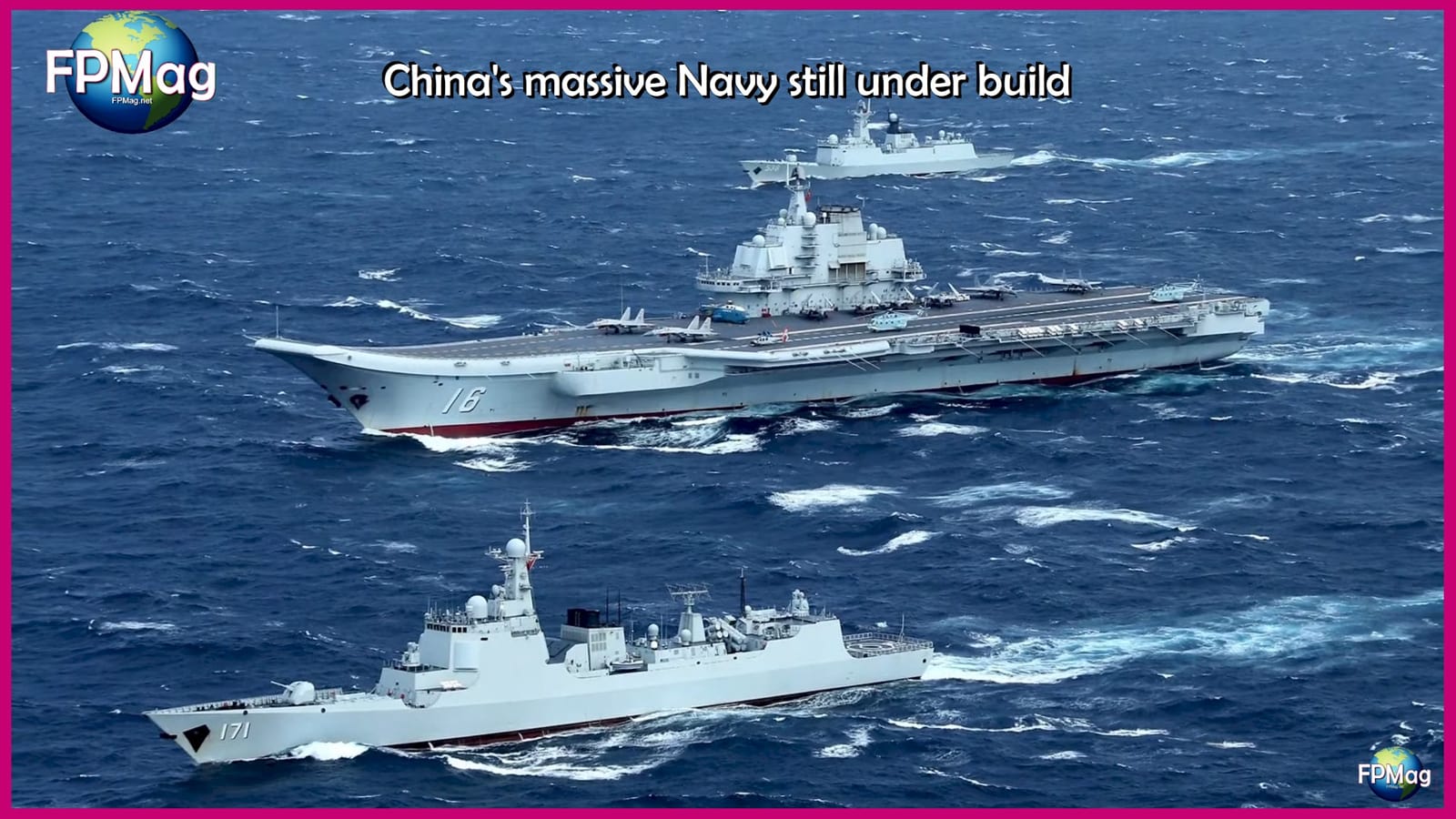 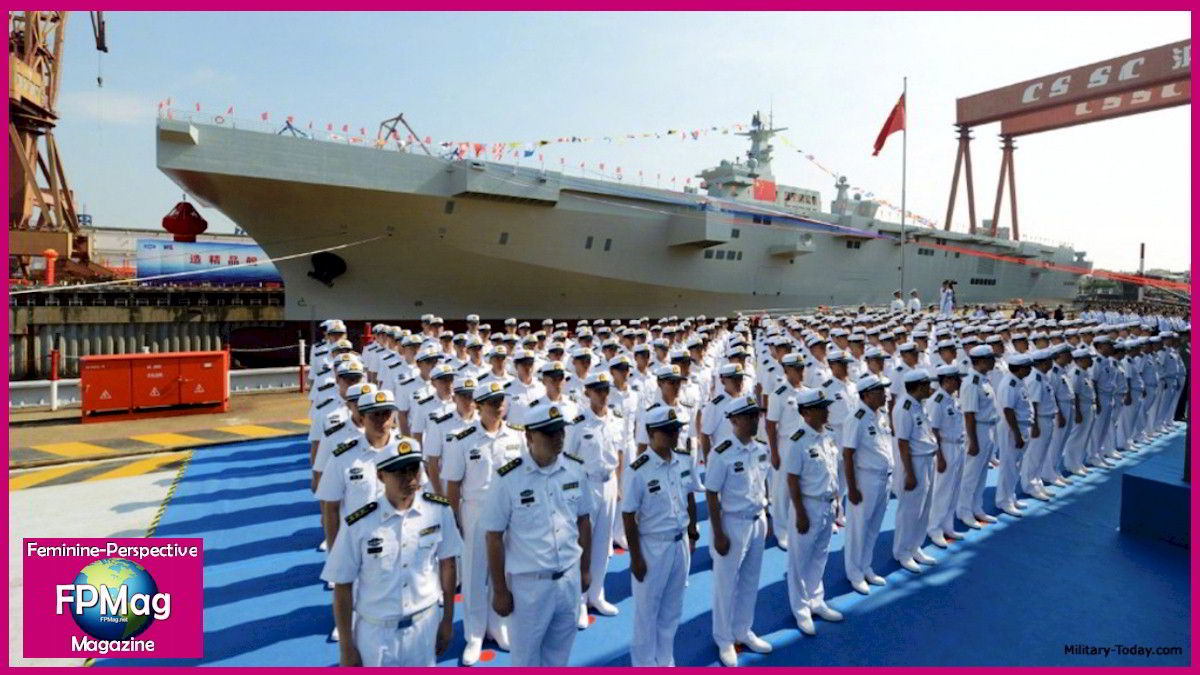 The PLAN Type-075 can deliver dozens of tanks or hundreds of soldiers while carrying more than a dozen armed helicopters to the landing site.

“For political reasons, it may be true the Biden Administration is trying to provoke China to invade Taiwan now and not wait until the 2024 election campaign period which is China’s well-known schedule owing to sea trials of the necessary large landing craft warships now in build and those still in shakedown,” says security analyst.

“Massive Chinese Navy landing craft are in build or in sea trials but could still be ready in 2022. Two are potentially ready for service. China’s People’s Liberation Army Navy (PLAN) would prefer to finish all sea trials before invading Taiwan. That is about 15 months away and thus Joe Biden is trying to avoid a war with China close to the 2024 election and provoking China to strike now,” explains security analyst Simon Baldock. 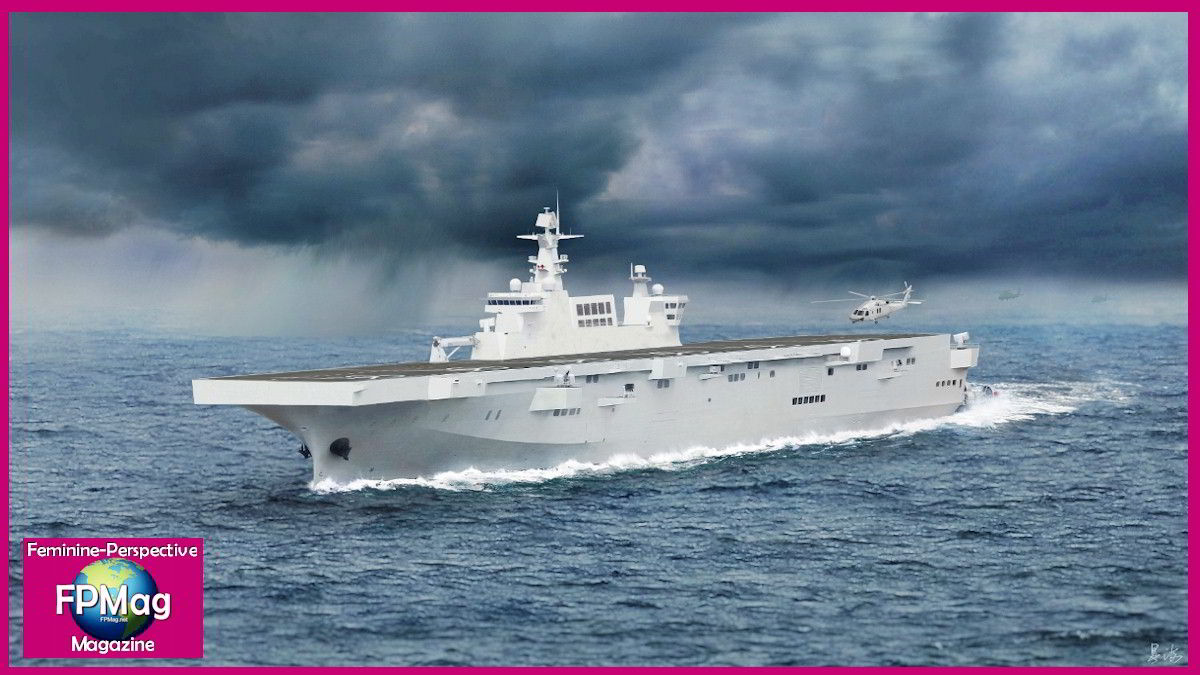 “Lies figure and figures lie. The Biden administration has been the master liar in all American history.

“Its propaganda is now on a war footing. The most dangerous lies range from COVID-19 handling to the American proxy war against Russia in Ukraine and the provocation of China over its sovereignty over Taiwan,” notes Simon Baldock, an Israeli security analyst based in Tel Aviv.

“Biden is incompetent, incoherent and frail. Everyone knows Harris will become president before Biden finishes his first term. Only 22 percent of Americans believe she can handle the job,” wrote Dan Cummings in the Abilene Reporter on 18 October 2021.

The Pelosi assault on China sovereignty was clearly deliberate but it backfired on Taiwan.

The American follow-up surprise visit to Taiwan by a US Senate delegation was also intended to provoke.

Canada is not so desperate it needs to go to war with China alongside America in order to ensure future trade. America is out of the loop when it comes to Europe’s desperate need to replace Russian and Chinese energy supply in the near future.

The West led by America prepares for a massive war with Russia and China that seeks to keep America and the European Union on top of the global marketplace, something that China and its allies have not only threatened but in many areas of the marketplace, have become the leaders.

For example, Apple has been compelled to move its business increasingly from China to Vietnam in order to stay afloat.

Google is failing its business model and threatened there would be ‘blood in the streets’ of workers if they did not improve Google’s sales performance.

Germany turns to Canada for specialized energy technologies. Does Canada really need to bend to America and go to war with China?

While Germany  seeks ready-to-ship fuels, which leaves Canada off the short list, Berlin’s focus on Canada is to fill the demand for low-carbon-intensity hydrogen in the long-term. Europe also wants a new supply chain for critical minerals from a G-7 country and Berlin sees itself as cornering the market supply of Canadian minerals and becoming Europe’s sales depot for clean energy technology.

“We’re working through those issues. But what I would say is… on the East Coast, the big opportunity is hydrogen,” Natural Resources Minister Jonathan Wilkinson told Reuters late Thursday.

Much money-making depends on the continuation of war with Russia and a new war with China?

Now it’s Canada’s turn. Prime Minister Trudeau in response to Biden’s request will send two destroyers to Taiwan (which destroyers Canada calls frigates because of past political lies about financing the Halifax-class 4,770 ton warships, updated by 2018).

Trudeau’s Liberal Party is planning to send the best part of a dozen Canadian politicians and executives to Taipei in the same manner as did Washington, to emphasize Canada’s and America’s challenge to China’s sovereignty over the island of Taiwan. 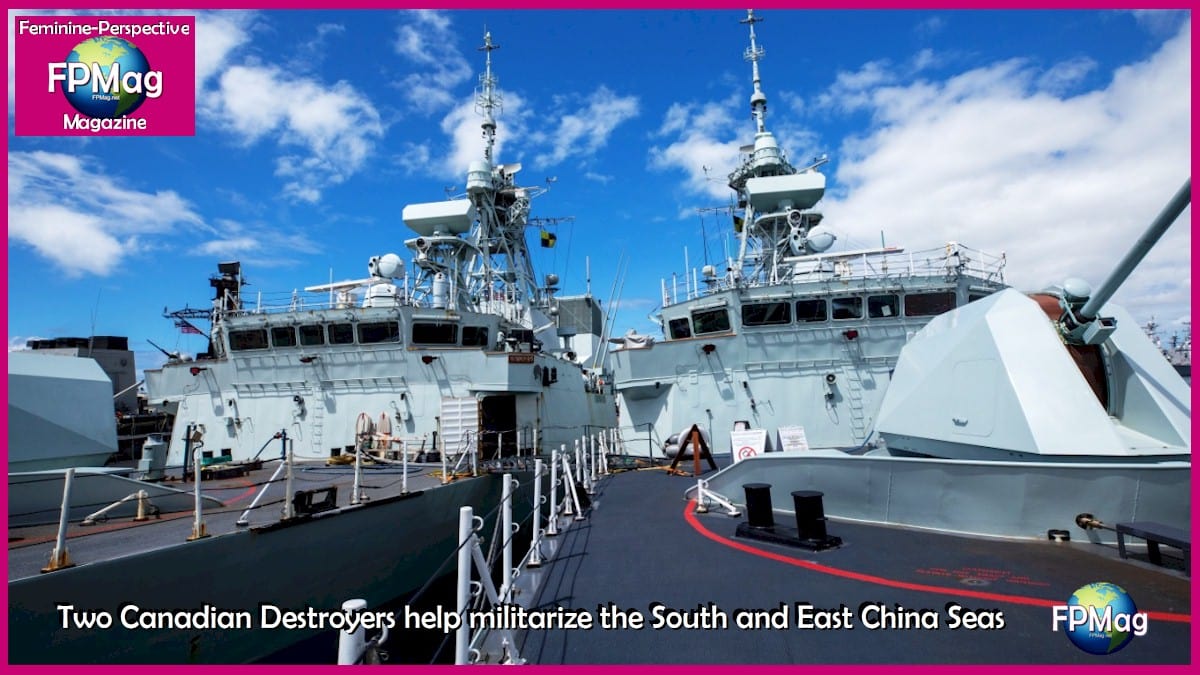 Twenty-six nations, 38 ships, four submarines, more than 170 aircraft and 25,000 personnel participated in RIMPAC from June 29 to 4 August in and around the Hawaiian Islands and Southern California. The world’s largest international maritime exercise, RIMPAC provides a unique training opportunity while fostering and sustaining cooperative relationships among participants critical to ensuring the safety of sea lanes and security on the world’s oceans. RIMPAC 2022 is the 28th exercise in the series that began in 1971.

Canada risks it all sending destroyers and parliamentarians led by MP Judy A. Sgro to Taiwan at the same time.

China’s foreign ministry announced on 5 August that it had summoned Beijing-based Canadian diplomat Jim Nickel over Canada’s signature on a statement issued by the foreign ministers from the Group of Seven (G7) nations. Chinese Vice Foreign Minister Xie Feng urged Canada to “immediately correct its mistakes” on the issue of Taiwan or “bear all consequences.”

“They [HMCS Vancouver and HMCS Winnipeg] will sail in the East and South China Seas, [in defiance of global values] both independently and as part of cooperative deployments with allied and partner nations,” a DND statement said. “Canada is a Pacific nation and believes deeply in the importance of the Indo-Pacific region to global stability and prosperity,” minister of national defence Anita Anand said.

General Wayne Eyre, chief of the Canadian defence staff, also claimed, “The deployment of Canadian Armed Forces frigates [destroyers] and surveillance aircraft to the region is a visible display of our continued commitment toward protecting regional security and maintaining a free, open, and inclusive Indo-Pacific,” using lines contained in instructions from the US Pentagon which has maintained the same narrative explaining why it is 11,000 kilometers away from home interfering in Asia.

“The Canadian and American jingoism in the Asian Seas already harms and further threatens the lives of many millions of Asian peoples,” commented Mr. Baldock.