Fragmentation of globe is costing the Human Race say experts

As the carnage continues in Ukraine, Donetsk PR, Luhansk PR, Afghanistan, Iraq, Libya, Syria, and almost everywhere America has tried nation building via military intervention, it becomes increasingly clear that the human race has been left behind in the priority list of the world’s Poli-Oligarchs who practice cunning, scheming, and unscrupulous Machiavellian manoeuvres as has done America for all its time as a nation.

Champions of the human race like Nelson Mandela and António Guterres seek to “ease suffering, protect the vulnerable and ensure human rights for all”.

But Secretary General Guterres, a veritable living saint, is swayed by the UN’s divisive factions who control the purse strings and thus it came to pass more and more since 2016 that nations are not united and in fact are more fragmented than ever in all of human history.

Global leader in sustainable development says this fragmentation is deadly

Professor Jeffrey Sachs, ‘world-renowned economics professor, bestselling author, innovative educator, and global leader in sustainable development’ says the “world is falling into fragmented groups and there will be high costs.”

Professor Sachs said those words in midsummer to British broadcaster Richard Quest during a rarely seen segment of the Washington propaganda instrument, CNN. Already today as summer wanes in the Northern Hemisphere, we see the catastrophic implications of Dr. Sach’s sage advice.

“I agree with Doctor Sachs,” said Simon Baldock, an Israeli security analyst. “America  is a major problem in this context and cannot be trusted for its nation building and military interventions as in Taiwan, the South China Seas, Eastern Europe and the Middle East, now Africa, because it is a nation destroyer and a global divider of the human species via cunning, scheming, unscrupulous Machiavellian manoeuvres,” he added in a written response.

In 2001, Joseph Biden, who often contradicts himself, or in the alternative, is a pathological liar, then a senator, said “Our hope is that we will see a relatively stable government in Afghanistan, one that provides the foundation for future reconstruction of that country.”

Biden, two years later, defended that goal saying the “alternative to nation building is chaos, a chaos that churns out bloodthirsty warlords, drug traffickers and terrorists.”

Defending his catastrophic retreat from Afghanistan, wherein Biden handed the country back to the destructive terrorist Taliban regime, in August 2021, Biden as US President said that the “mission in Afghanistan was never supposed to have been nation-building.”

“Today, the impact of the current and previous corrupt regimes controlling America have fractured the world along many lines including territory, money, race, and religion,” continued Simon Baldock.

“American and Chinese leadership seem so insanely angry with each other that they do not care that facing off with billions of tons of TNT explosives aimed at each other threatens the lives of billions of Asians in the immediate area of the American South China Sea hegemon, where America does not even belong,” he added. 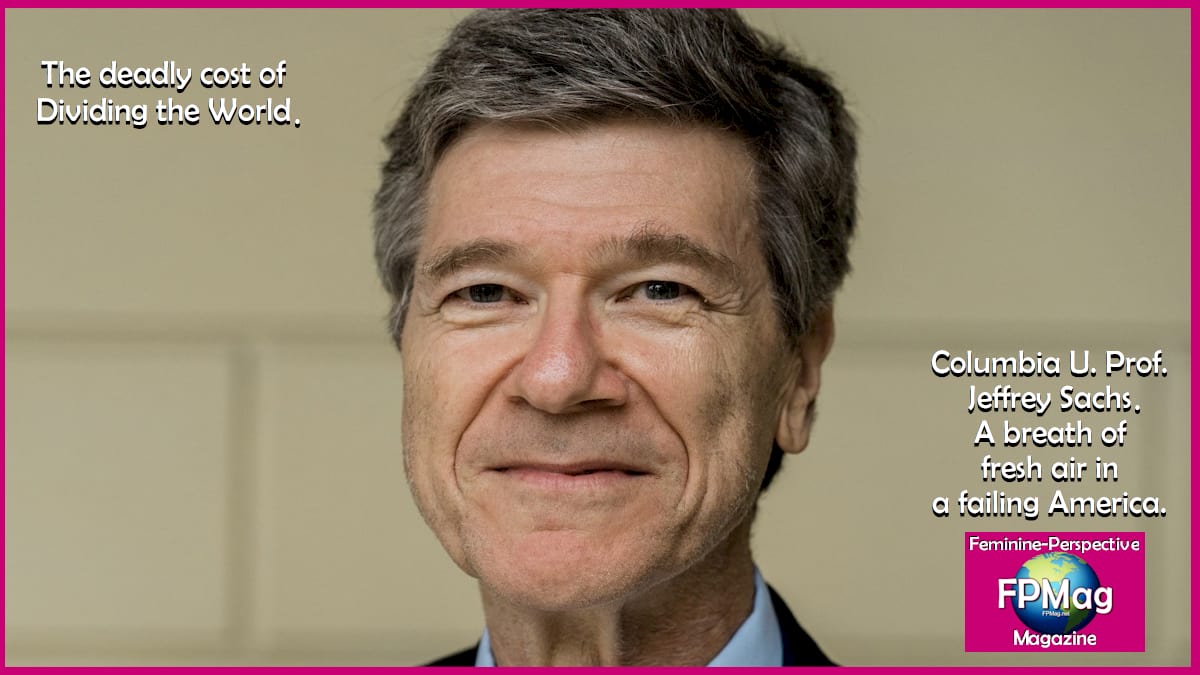 Watch the video above. Jeffrey Sachs serves as the Director of the Center for Sustainable Development at Columbia University, where he holds the rank of University Professor, the university’s highest academic rank. Sachs held the position of Director of the Earth Institute at Columbia University from 2002 to 2016. He is President of the UN Sustainable Development Solutions Network, a commissioner of the UN Broadband Commission for Development, and an SDG Advocate for UN Secretary General Antonio Guterres. From 2001-18, Sachs served as Special Advisor to UN Secretaries-General Kofi Annan (2001-7), Ban Ki-moon (2008-16), and António Guterres (2017-18).