“Returning to Mariupol, 6 small buses were successful on Wednesday, quite early in the day. A seventh unit has mechanical troubles and returned to Luhansk,” explains Lana, a humanitarian worker for RINJ Women.

“Each unit can take 14 passengers and carries two nurses and a security detail. The drivers are also nurses. Patients are the most vulnerable for whom it has been determined that a medical care giver must accompany them in travel,” reports the local organizer for the RINJ Foundaton.

by Melissa Hemingway (in Ulraine) and Micheal John

“I connected in Mariupol at the preplanned location with a Chechen soldier and his patrol as well as two Russian soldiers. The Russians had a small truck with humanitarian aid packages.

“One of the Russians was familiar to me. I met him in Rostov around 8 February when we first started the evacuation from Luhansk PR. After we exchanged greetings he explained that he remembered I was always taking supplies back to Donbass in preparation for my next load of passengers, most of whom had no food at home because of the shelling by the Ukrainians, so he liberated some supplies for our medivac patients. He explained that he was assigned to the Russian Federation Department of Emergencies (DoE). That made it all clear to me. The Chechens listened to this and were very impressed saying they should do the same. One soldier from the Chechen group, a really huge guy, maybe 210 centimeters tall, explained there was an elderly lady he always brought water to. She refused to leave. I walked to the back of the truck and took a box and a bottle of water and gave it to him and everyone laughed,” Lana explained to Melissa near Donetsk at the end of the quick trip.

“I asked my DoE contact if it would make sense for him to check and see if any of the ‘civilians’ in the Metinvest B.V. factories (Azovstal brand iron and steel works) needed to be medevac’d out of the dungeons in that place, and if his Russian colleagues might try that angle to get some of those hostages out of the hands of the Nazis?” explained Lana.

“He said there could be a number of people in the underground maze of the Azovstal works who were in medical crisis and should get out but that was not his call, ‘but I will ask and explain that an international NGO would be the point of contact, not us, and that might work with the National Militia’, he said to me,” explained Lana. 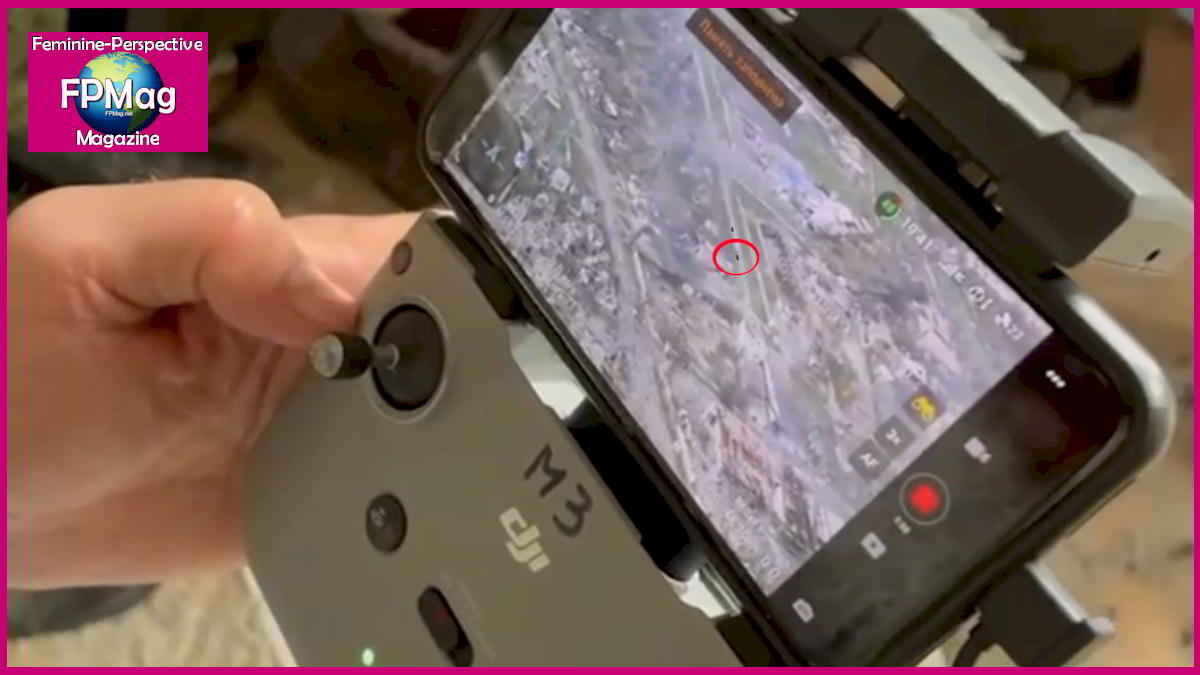 Seventy-two medical evacuations were conducted Wednesday. Medivac bus convoy arrival and exit was tracked by drones. Chechen soldiers had been watching the arrival of the humanitarian civil society medivac buses The team leader was able to watch the tracking of the last two out of six buses. Each bus was released with a slight delay. There was a bit of a fuss because one bus was missing. (Mechanical Issues). Photo credit: Source Supplied.

“The people in the Azovstal were forced into there, many of them had previously rounded up in a school property as human shields.”

“There are many cooperative hostages at Azovstal, including children, women with babies, and the elderly persons. They are forbidden to try and leave under the threat of being shot. We have learned that the hostages, as well as soldiers of the Nazi regiments, have limited  water and food supplies which must be brought in from the outside which exposes a risk of their entry point discovery,” Lana explained.

Chechen troops were given the job of clearing neo-Nazi brigades from the entry and exit corridors of the evacuation and medivac convoys. Video courtesy Chechen Armed Forces.

“Alona has treated some of these people for asthma. The hostages are very deep underground,” said Lana.

Alona Adamovich, RINJ Foundation regional director, since 2014 in Eastern Ukraine was running the operations in Mariupol. She sent a messenger on a bicycle to say that 40 passengers were ready. The busses were hidden in a lower ground level garage. Three left one at a time over the next 20 minutes. And then three more and the convoy  with a Russian escort headed for the first Russian checkpoint from where the escort returned to its starting point in the city.

“The trip was uneventful and surprisingly smooth,” Lana explained later.