Pope Francis: “I ask for God’s forgiveness and I want to say to you with all my heart: I am very sorry. And I join my brothers, the Canadian bishops, in asking your pardon.”

But the tears still fall.

Who would have believed the Catholic clergy would fondle, molest, rape children in the Indian Residential School System, supported by the RCMP, with impunity? 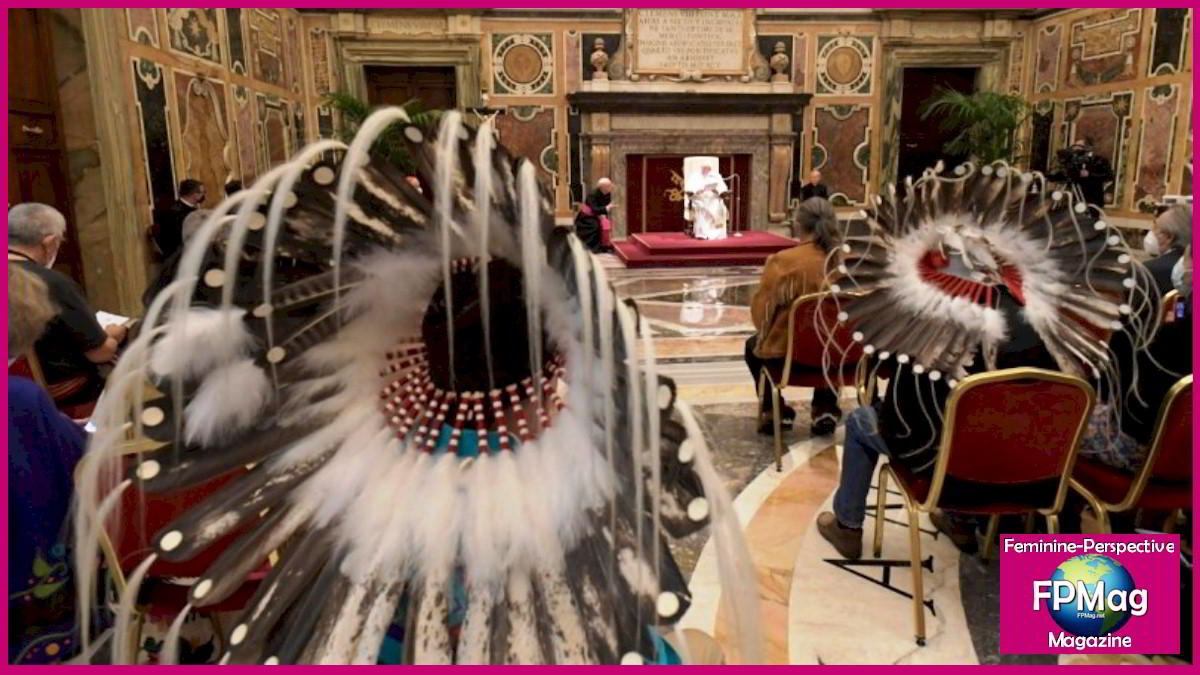 “Probably everyone who ever turned a radio or TV ‘on’ or read a newspaper, would believe the Catholic Church is capable of abusing children,” answered Katie Alsop, a founding director of the global women’s rights group RINJ Women which has filed an ICC complaint against the RCMP and partners in the matter of the “Indian Residential Schools”.

“Every Canadian should be outraged at the horrific abuses to Canadian children by the RC Residential Schools and the RCMP,” she added.

June 2021. Canadian PM deeply disappointed at the position the Catholic Church has taken on the rights of First Canadians to know what the RCs did to their children.

On Friday, 1 April at noon, the Pontiff addressed the issues with an apology and a promise to come to Canada in July 2022 and apologize to indigenous Canadians in their own communities. 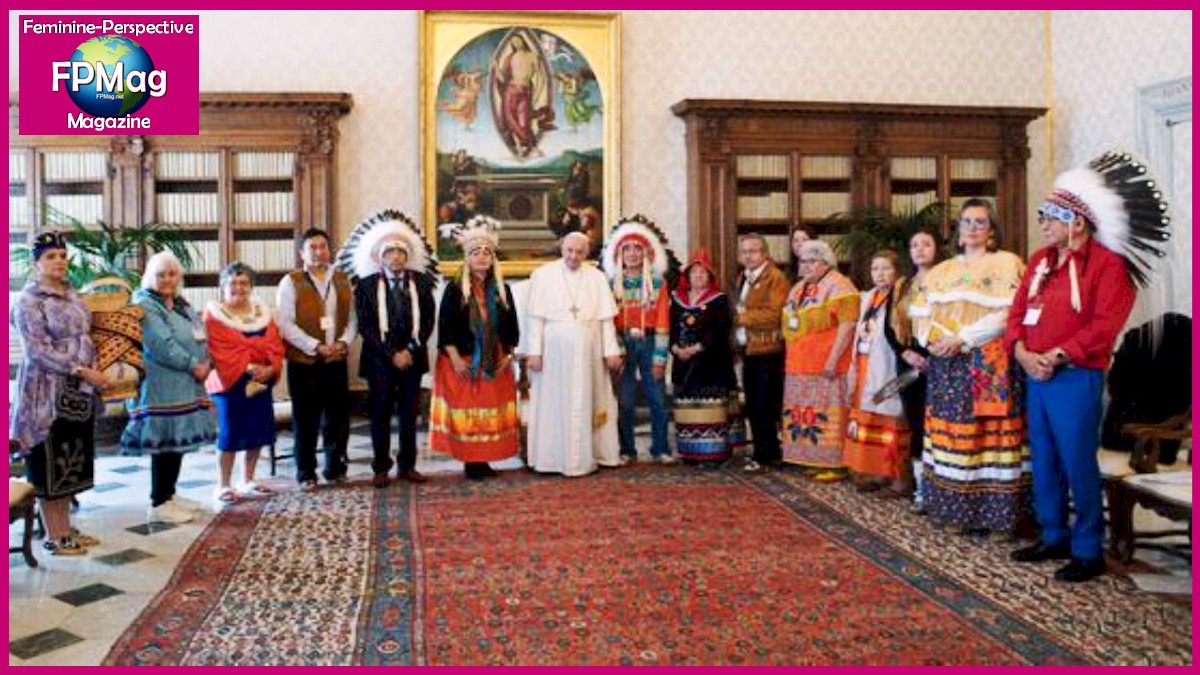 “Pope Francis addressed the attendees with what could only be described as a generic speech which said nothing specific except, I am sorry without saying ‘for what’ while trying to look magnanimous, likely the weakest remorse in the history of the human race in the context of the horrific atrocities that have been committed to Canadian children, now adults, by the Catholic Church,” said the woman who in all her teen and adult life has fought for the rights and safety of women and children.

“Indigenous Canadian families injured by these crimes should be furious but at least relieved that there has been an admission that the crimes against their children have been acknowledged as real by some of the perpetrators. But I am afraid we are going to find hundreds more victims of these criminals buried in mass graves. I shudder at the thought. The complicity of the RCMP enforcers who dragged the children away from their homes to these torture chambers Canada called Residential Schools, has yet to be accounted for,” said Ms. Alsop of the developments at the Vatican in the Clementine Hall on Friday.

“There is no worse pariah than that which brings harm to children and these sins were the most egregious in all of human history.”

“I hope that Indigenous Canadians sue the Vatican for $billions in reparations. They can expect to see me on the Court stairs cheering them on.

“I thank Bishop Poisson for his kind words and each of you for your presence here and for the prayers that you have offered. I am grateful that you have come to Rome despite the difficulties caused by the pandemic. Over the past few days, I have listened attentively to your testimonies. I have brought them to my thoughts and prayers, and reflected on the stories you told and the situations you described. I thank you for having opened your hearts to me, and for expressing, by means of this visit, your desire for us to journey together,” said pope Francis.

Pope Francis continued to say, “Listening to your voices, I was able to enter into and be deeply grieved by the stories of the suffering, hardship, discrimination and various forms of abuse that some of you experienced, particularly in the residential schools. It is chilling to think of determined efforts to instil a sense of inferiority, to rob people of their cultural identity, to sever their roots, and to consider all the personal and social effects that this continues to entail: unresolved traumas that have become intergenerational traumas.

“All this has made me feel two things very strongly: indignation and shame.

“Indignation, because it is not right to accept evil and, even worse, to grow accustomed to evil, as if it were an inevitable part of the historical process. No! Without real indignation, without historical memory and without a commitment to learning from past mistakes, problems remain unresolved and keep coming back. We can see this these days in the case of war. The memory of the past must never be sacrificed at the altar of alleged progress.” 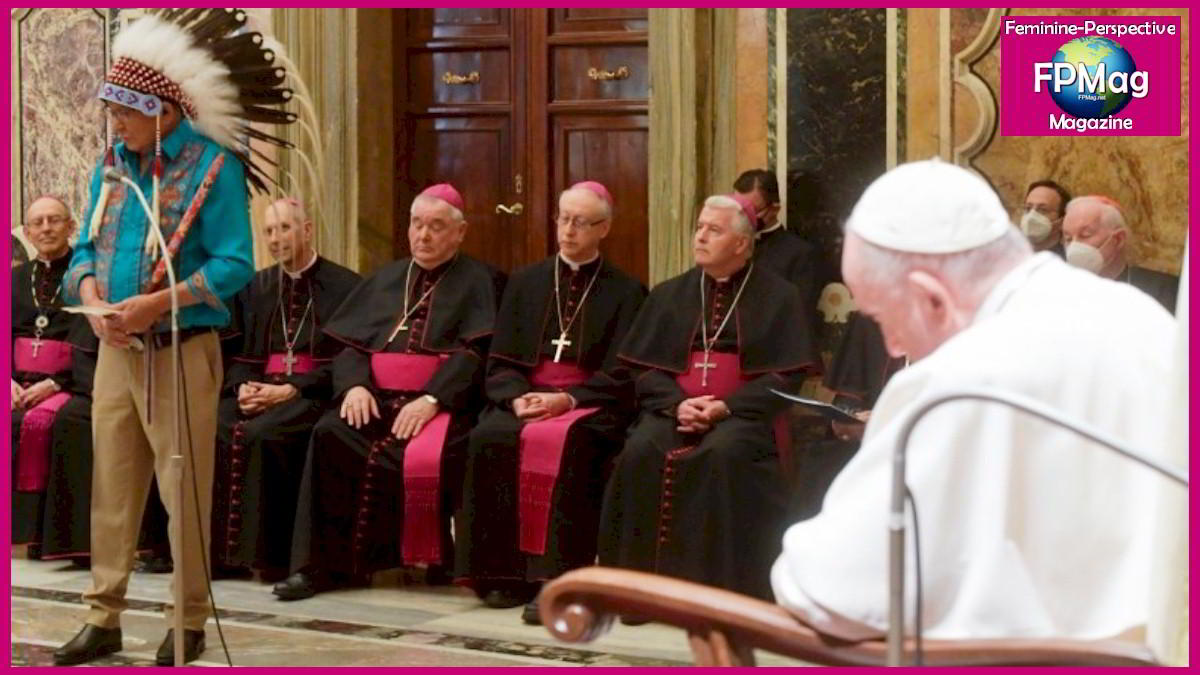 It was just “a number of Catholics”?

“I feel shame – sorrow and shame – for the role that a number of Catholics, particularly those with educational responsibilities,” said Pope Francis, “have had in all these things that wounded you, in the abuses you suffered and in the lack of respect shown for your identity, your culture and even your spiritual values.

“All these things are contrary to the Gospel of Jesus Christ. For the deplorable conduct of those members of the Catholic Church, I ask for God’s forgiveness and I want to say to you with all my heart: I am very sorry. And I join my brothers, the Canadian bishops, in asking your pardon. Clearly, the content of the faith cannot be transmitted in a way contrary to the faith itself: Jesus taught us to welcome, love, serve and not judge; it is a frightening thing when, precisely in the name of the faith, counter-witness is rendered to the Gospel,” the pope said. 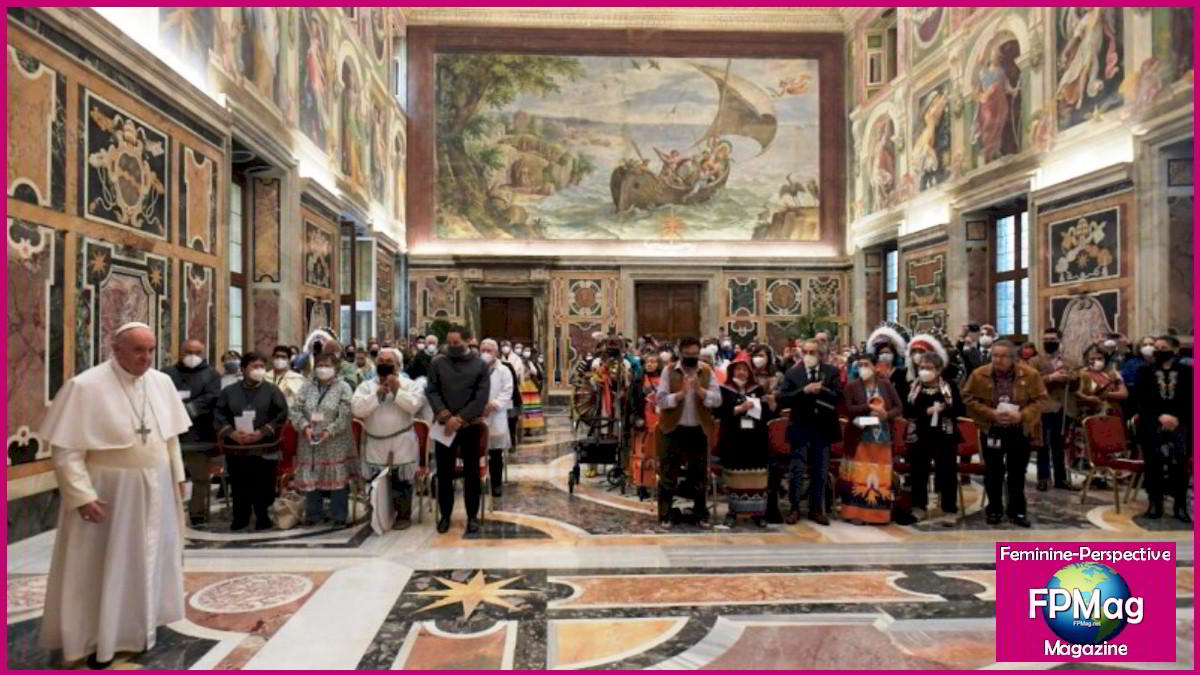 A search for truth, healing and reconciliation.

“Dear brothers and sisters, it is my hope that our meetings in these days will point out new paths to be pursued together, instil courage and strength, and lead to greater commitment on the local level. Any truly effective process of healing requires concrete actions. In a fraternal spirit, I encourage the Bishops and the Catholic community to continue taking steps towards the transparent search for truth and to foster healing and reconciliation. These steps are part of a journey that can favour the rediscovery and revitalization of your culture, while helping the Church to grow in love, respect and specific attention to your authentic traditions. I wish to tell you that the Church stands beside you and wants to continue journeying with you. Dialogue is the key to knowledge and sharing, and the Bishops of Canada have clearly stated their commitment to continue advancing together with you on a renewed, constructive, fruitful path, where encounters and shared projects will be of great help.”

Pope Francis thanked the attendees for coming so far during the pandemic.