Each thing America has touched these past two decades brought humanity closer to a certain hell: Iraq, Afghanistan, Syria, Iran, DPRK, Taiwan, Donetsk PR, Luhansk PR, Ukraine and then some. Can we get Angela Merkel back?

Getting bolder by day, NATO has moved into Ukraine small numbers of specialized troops for sabotage, subterfuge and terrorism. NATO American, British, Canadian, Finnish and French troops plus more on their way into Ukraine. According to witnesses, they have managed to launch kamikaze drone attacks in Russia and killed countless “separatists” as they call them in Donetsk and Luhansk PR.

Video: Rachel Blevens and other women are speaking out on the American declaration that it is planning to weaken Russia using its military assets in Ukraine, a de facto declaration of war that is redundant to America’s provision of troops and billions of dollars worth of heavy weapons into Ukraine. 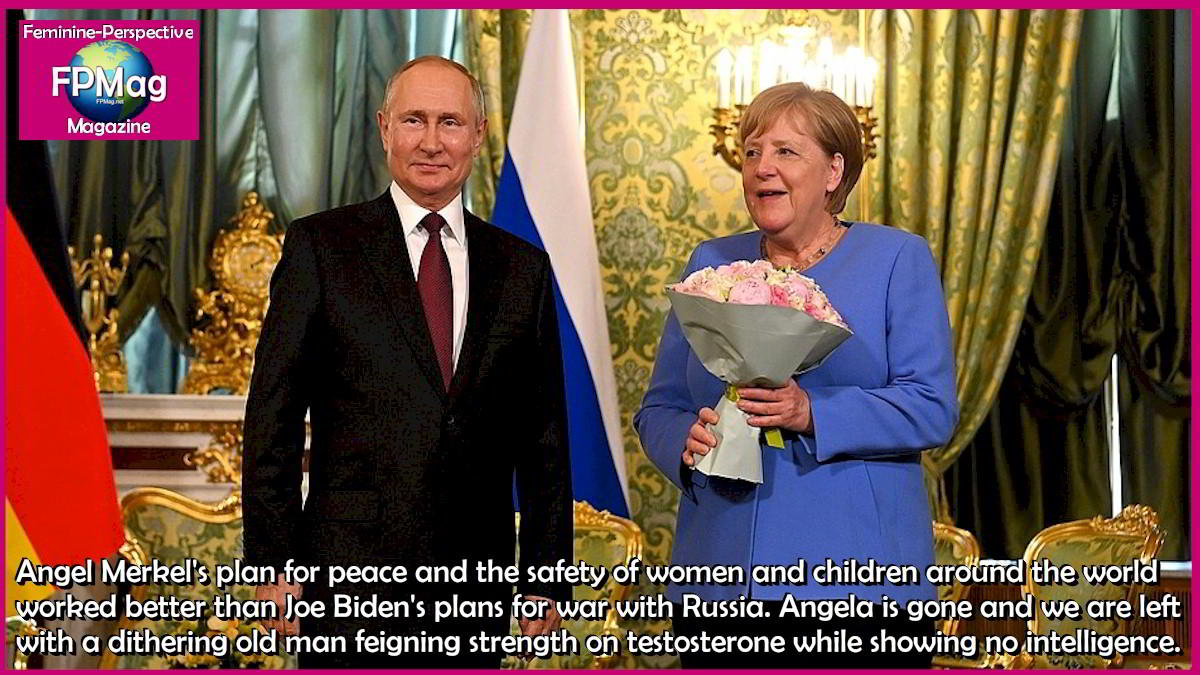 Angel Merkel’s plan for peace and the safety of women and children around the world worked better than Joe Biden’s plans for war with Russia. Angela is gone and we are left with a dithering old man feigning strength on testosterone while showing no intelligence.
Photo Credit: RIA Novosti via /Kremlin.ru Art/Cropping/Enhancement: Rosa Yamamoto FPMag

“This is Joe Biden’s World War leading a misguided patriarch of hapless fools. The incompetent fool Biden has been driving toward this time since 2008,” says furious feminist leader.

“Thus far in any polls that have been conducted, no voter anywhere has voted for or in any manner given Jens Stoltenberg, Ursula von der Leyen, Joseph Biden, Boris Johnson, Vladimir Putin, António Guterres, or Emmanuel Macron, a mandate to start World War three,” says Katie Alsop, Executive Director of The RINJ Foundation which has been charting the massive numbers of deaths and dislocations in an American proxy war that is “expanding across seven countries in Europe including Moldova, Ukraine, Transnistria, Russia, Donetsk Republic, Luhansk Republic, Germany, and Poland plus the United States by proxy (thus far),” she added.

“All warring parties in Ukraine, Donetsk PR, Luhansk PR, and Russia must lay down their weapons on 29 April and return to their own countries, their own homes.”

As the world has heard, Russia warned that the threshold for global nuclear war is presently close at hand because of the massive quantum of NATO weapons attacking Russians in Ukraine and in Russia.

American, British, Canadian, Finnish and French military personnel have been spotted now by humanitarian workers (or associates in the case of the French). This data comes from  workers conducting their medivacs and general evacuations out of the country, and their security details patrolling egress routes. It is confirmed by several military sources from all sides of the conflict.

“Kudos to António Guterres for at least sitting down with Vladimir Putin, who is not crazy, not insane and must have had some extraordinary reasons for beginning his military operation in Ukraine for the benefit of the 6 million people in the Donetsk PR and the Luhansk PR whom America and its skuzzbucket pals in Kiev have been shelling for the past eight years. People like those in the Donbass have the right to self-determination and they have more than earned that in the past eight years as they stood tall and strong on their decision to form their own countries, never quitting. Why kill them for that, Mr. Biden?

“Those reasons would include the creeping thugs pushing NATO weapons to the Russian borders. 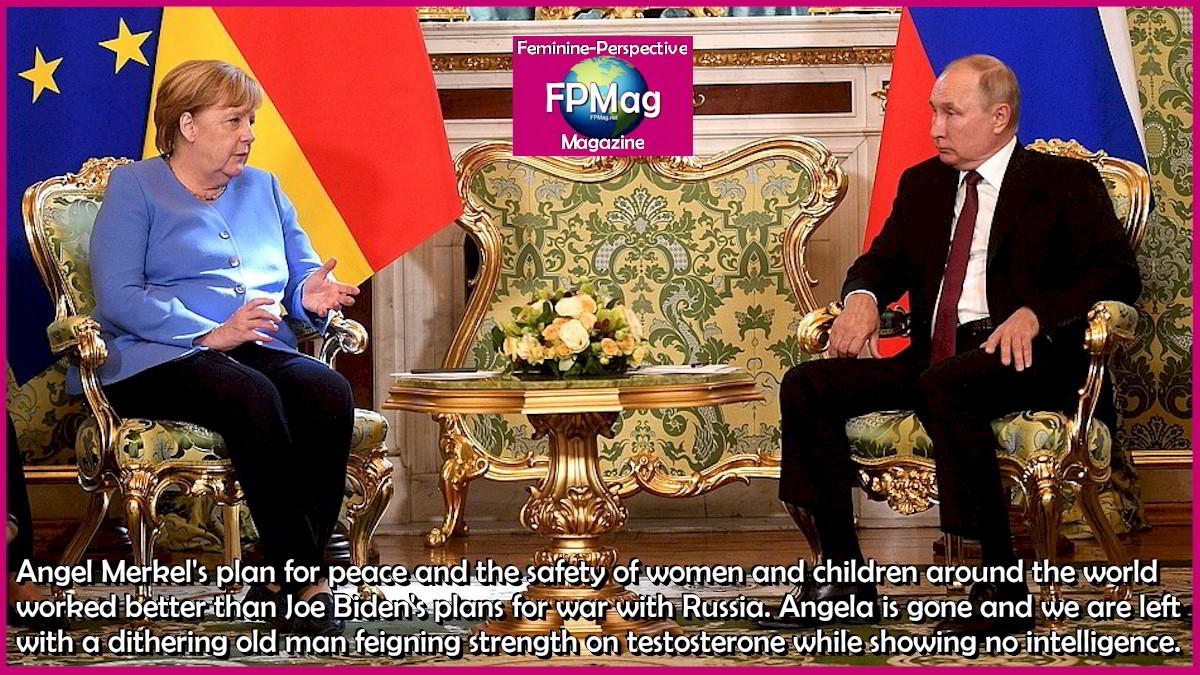 Vladimir Putin and Federal Chancellor of the Federal Republic of Germany Angela Merkel, who was in Russia last August on a working visit, met in the Grand Kremlin Palace. Following the meeting in a restricted format, the talks continued in an expanded format.
August 20, 2021 Photo Credit: RIA Novosti via /Kremlin.ru Art/Cropping/Enhancement: Rosa Yamamoto FPMag

“No excuse for this war just because the woman in charge retired leaving the field to cranky old men,” said angry feminist.

“But there is no excuse for war. The minute Angela Merkel is gone, these men have brought the world the biggest calamity that could possible occur at such a fragile time of disease, climate crisis and widespread hunger and poverty. Each thing America has touched these past two decades brought humanity a certain hell,” Ms. Alsop continued as she signed off on sending more volunteers into Ukraine to help with evacuations and medivacs as the request of director Dale Carter who is leading the organization’s effort in Ukraine.

Almost a non-event but a step in the right direction, UN Secretary-General António Guterres met with Russian President Putin and his foreign minister Sergey Lavrov on Tuesday. No agreement on a ceasefire was reached.