It is not the job of the USA government or its supportive media to shield people  from information no matter how dangerous they say it is.

“The true danger is a nation of citizens who blindly follow and parrot government propaganda instead of looking for and courageously expressing the truth,” Tulsi Gabbard, former US Presidential candidate.

“Humanitarians who have been on the ground in Ukraine since 2014 have witnessed what they called “widespread Urban Warfare” conducted by the Ukraine-backed attackers of the Luhansk and Donetsk regions of Donbass where the separatist fighters respond in like kind. The USA/NATO backed neo-Nazi brigades take over farms and Donbass homes and schools and launch mortar and other artillery attacks against the cities and villages of the breakaway republics of Donetsk and Luhansk. They killed some 14,000 people that way. The military of those republics (an officially structured and trained army in Donetsk and a militia in Luhansk) fire back at the source of the attacks destroying the structures at the attacker’s location,” explained Simon Baldock, an Israeli security analyst based in Tel Aviv. Mr. Baldwin spent the first two weeks of the Russian Federation military operation, in Ukraine given guided tours by officials. 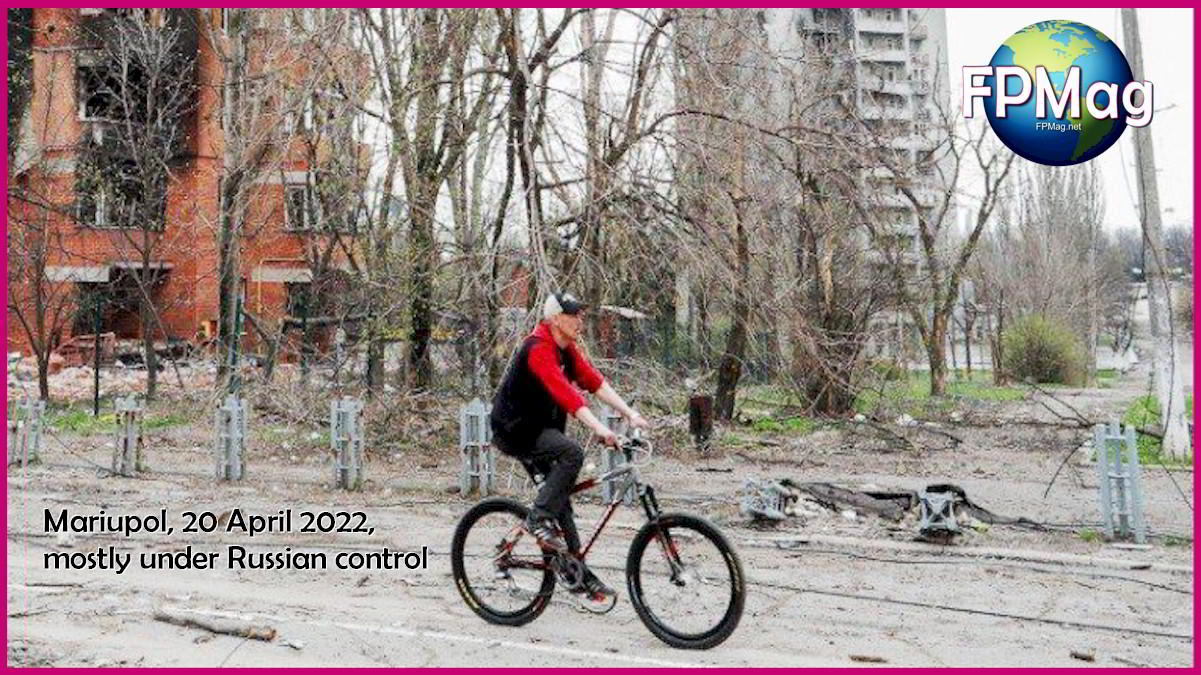 “One might remember Russia learned its warfighting from the Nazis in WWII wherein 25 million Russian men, Russian women and Russian children were slaughtered, village by village, as the ‘Allies’ looked on without lifting a finger to help at any time, before, during or after. Hence there is a certain ruthlessness that is native to Russian military,” said Mr. Baldock.

“This Russian military is not an Army you want invading any country. USA/NATO  intimidating Russia into intervening in the Donbass from 2014 to 2021 was more than foolhardy, especially the 60,000 troops along the so-called contact line ready to invade Luhansk and Donetsk in March 2022. America’s provocations were criminal conduct inevitably against the Ukrainian people who are now being used by America as canon fodder in a proxy war against Russia,” said Mr. Baldock.

Claim: “The neo-Nazi Azov Brigade in Mariupol is sheltering hundreds of civilians.”

“The civilians which were used as a human shield in a couple of schools the Azov brigade set up as artillery sites have been moved deep underground in the Metinvest B.V. factories of the Azovstal brand iron and steel works,” said Alona Adamovich, RINJ Foundation regional director since 2014 in Eastern Ukraine, currently running the women’s birthing clinics and women’s shelters in Mariupol.

CNN Claim: “The Donbass is a downsized goal after losing Kiev”

“This is an absolute and deliberate lie. Putin’s clearly stated goals in Kiev were to destroy the military assets of the Ukraine so that they would have a limited capability to kill more people in the Donbass as they have been doing in the past 8 years. The plan changed because as the United States kept loading more and more weapons into Ukraine, it became pointless as a $billion USD worth of heavy weapons began to arrive weekly,” explains Svetlana, a regional coordinator for The RINJ Foundation in Moscow and the center of a Russian military family.

“Putin then gave instructions to a new military commander to end the Donbass campaign by May or early May and protect the people of Luhansk and Donetsk republics in the process,” added Svetlana.

Russian foreign ministry spokesperson Maria Zakharova said the goals of Russia’s “special military operation” were “the protection” of the self-proclaimed Donetsk and Luhansk people’s republics in the Donbas region.

Putin himself said that he has no intention of occupying Ukraine or ending the Zelenskyy regime.

“In the Donbass region there are Donetsk PR and Luhansk PR which are self-controlled breakaway republics recognized by only half a dozen countries, most recently by Russia. These two republics comprise about 5 to 6 million people who are ethnic Russians. They gave up on Ukraine in 2014 during the civil war,” explains Alona Adamovich in writing via medivac teams from Mariupol.

Tunnels under the Azovstal  SteelWorks run hundreds of meters deep. 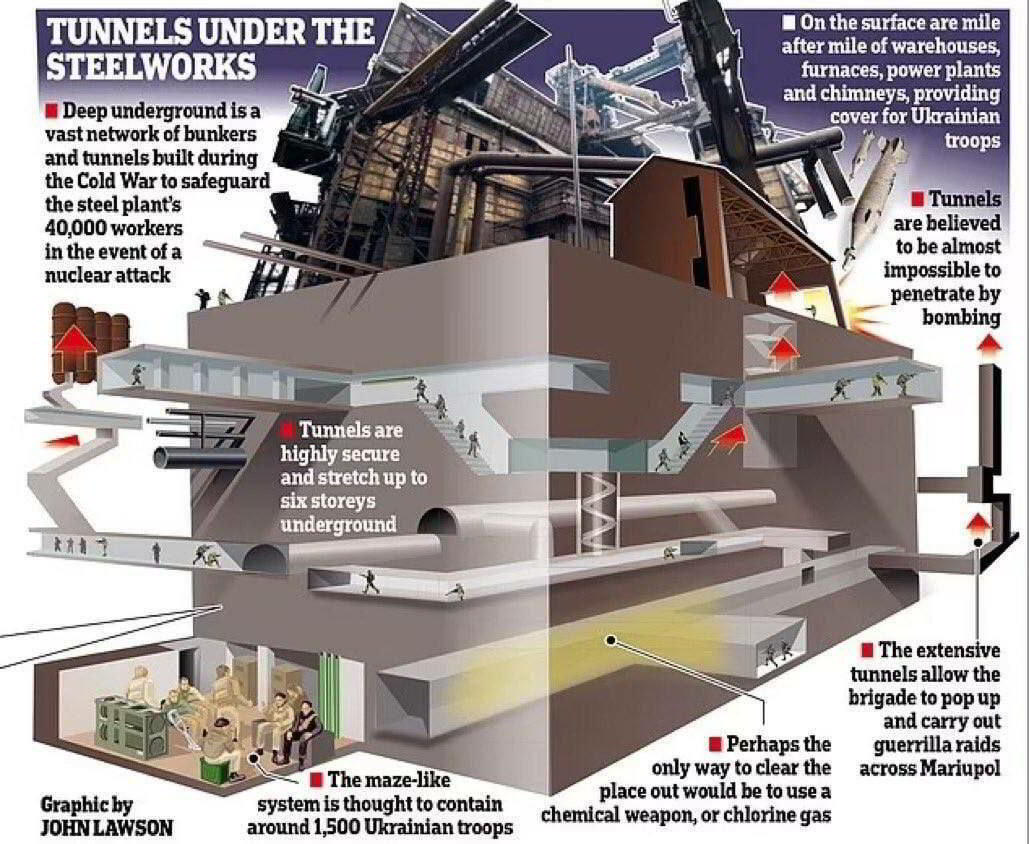 “These people are hostages. This is a blatant and dangerous lie. Only a moron would conclude that soldiers should mix themselves in  combat zones with civilians,” explains Dale Carter, a security director for The RINJ Foundation.

“This is a sure-fire method of endangering civilians or in other words, using them as human shields. This is exactly what Saddam Hussein did in 2003 and exactly what America accused Iraq of doing,” she added.

“We watched the Azov brigade corral hundreds of civilians at a time taking them to a school near the Azovstal steel works and then setting up their mortars and towed artillery behind the school. They climbed up stairs in buildings and entered apartments taking the residents to the school then fired rockets out the windows at the Russians. The Russians would then fire back, technically attacking a residential building but in fact what had just become an Azov brigade fortress.”

“So-called civilians across Ukraine are armed with assault rifles, shoulder launched missiles, and grenades. They fire them from their windows as they were told to do. The Russians fire back,” said Ms. Carter. “we have seen this all over Ukraine. We tell civilians to be civilians and stay away from weapons but that is contrary to what their government is telling them, therefore there are no civilians, just armed illegal combatants. They should be uniformed and they are not there fore, according to the Geneva Conventions, anything goes. Soldiers are allowed to defend their selves against ununiformed illegal combatants. 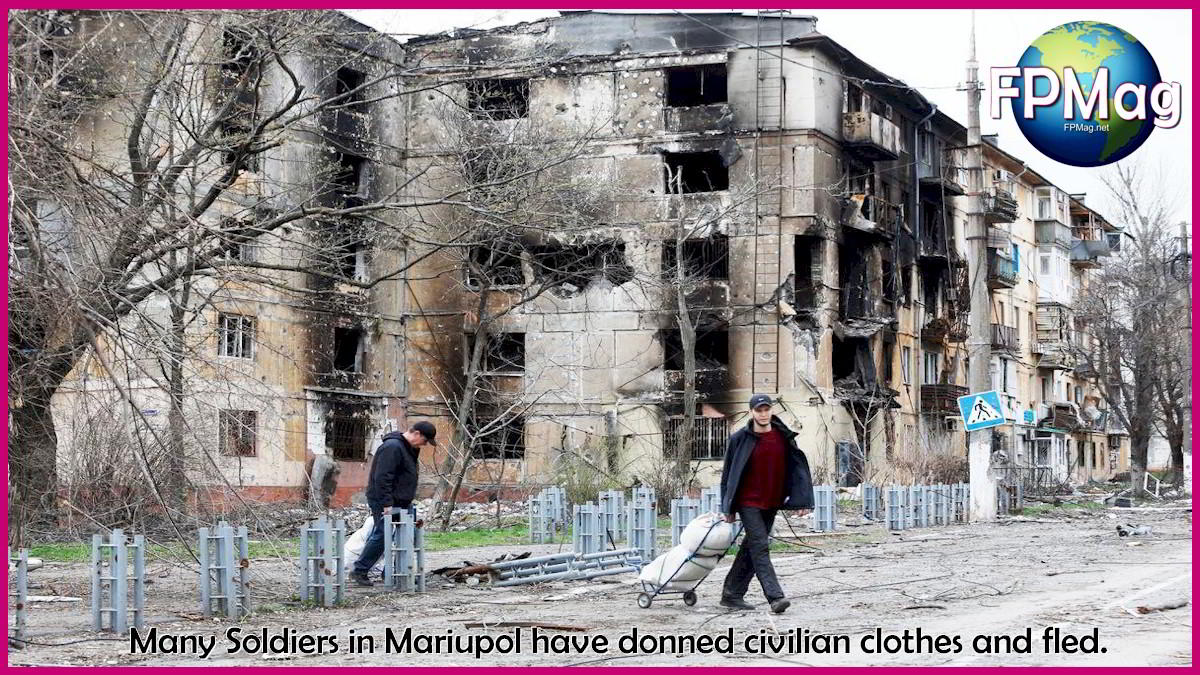 Claim: “None of the Ukrainian soldiers will surrender to the enemy.”

“They did. Thousands have already surrendered to the Russians. Their injuries were treated and they were asked to sign an agreement not to re-enter the fight, then released. Those who refused are held as Prisoners of War, according to Russian commanders who were asked on site what would happen to the Nazi soldiers (wearing actual Nazi shoulder flashes.),” notes Alona.

Video “Mariupol”  is a pictorial story by humanitarians of what has been happening in Mariupol, Donetsk PR. No drama, no bias other than antiwar, and unfortunately, no hope. “We are just saving the lives that can be saved,” said the head nurse of an underground medical clinic for women. 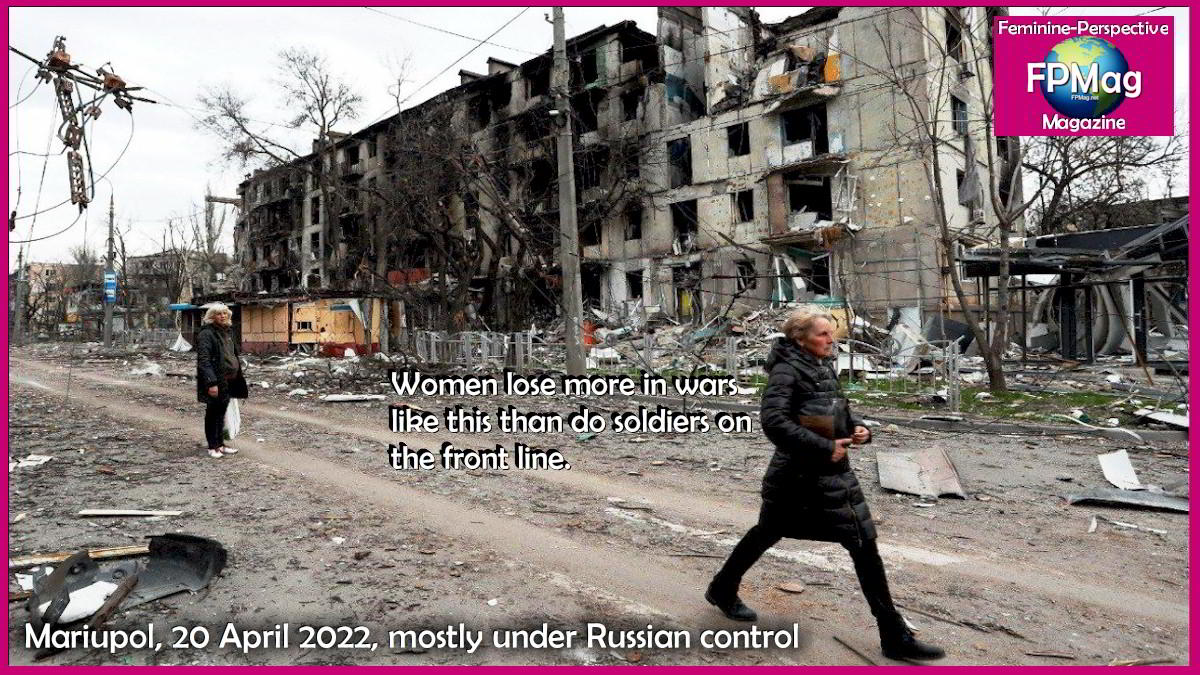 Women suffer more in men’s wars than does a man on the front lines. Many Ukrainian Soldiers in Mariupol have donned civilian clothes and fled. Photo submitted by Alona Adamovich. Art/Cropping/Enhancement: Rosa Yamamoto FPMag

“Why are the mixed bag of soldiers including NATO commanders and US intelligence personnel holed up in the Azovstal steel works with hundreds of civilians as human shields?

“If the world saw very vivid  proof that that this is a United States war against Russia being fought by American commanders in Mariupol etc. Russia would have cause to unleash anything or nothing against the United States,” explains Alona Adamovich, RINJ Foundation regional director, since 2014 in Eastern Ukraine.

“For the second time in the history of post-WWII, the United States is likely about to experience a massive attack against the homeland if the truth of its involvement in Ukraine becomes well known. Over decades, America has managed to kill millions in non-White countries around the world without a repercussion on the homeland. That is why the US Pentagon has told its people in Mariupol not to be caught under any circumstances,” suggests Mr. Baldock. 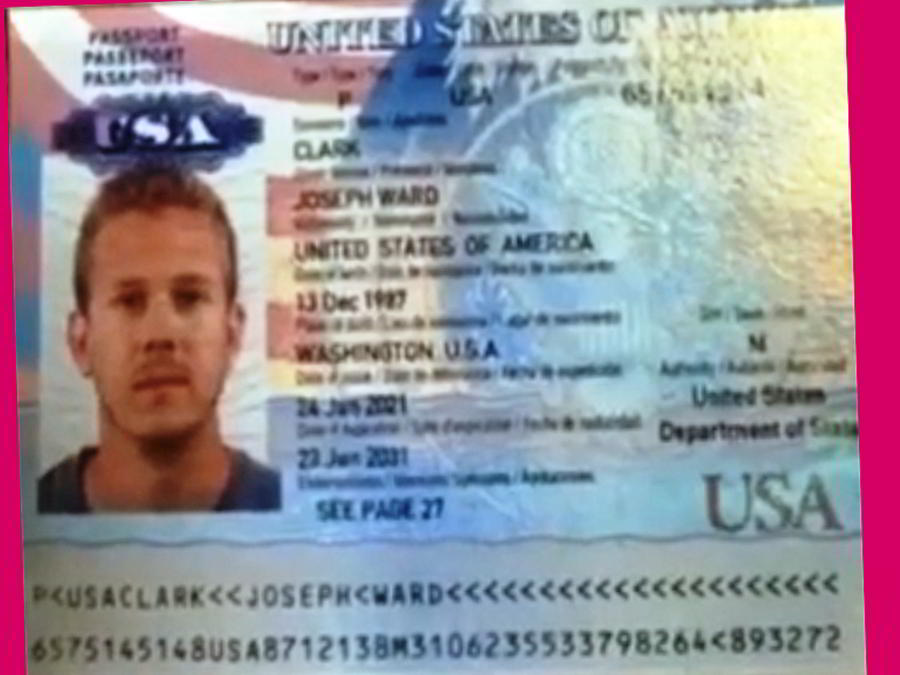 RT’s Murad Gazdiev came across millions-of-dollars-worth of weapons, poisoned water supplies and citizens apparently used as human shields or slaughtered by nationalist forces. “Despite the damage done, the fanatical core of the Ukrainian Azov nationalists here are unlikely to surrender. They know the crimes they are wanted for; they know they face decades in prison, and they have chosen to drag this out, hoping to buy enough time for the Ukrainian government to somehow save them,” says the globally respected journalist.