Mariupol is now under the administration of the Donetsk People’s Republic (PR) according to its acting President, Denis Pushilin, who recently took steps to begin a structured organization to deal with the infrastructure crisis and evacuations in Mariupol. The city is now deemed to be part of Donetsk PR. This administration is only days old.

From all accounts in Mariupol, there are still a few thousand fighters boxed-in the city of Mariupol and some may be seeking a way out. There are also indications they are short of ammunition with little chance of resupply say sources in the city via messages passed by medical-evacuation crews. People have not been able to communicate lately with the outside world other than by face-to-face contact or relay. The nationalist militias may well be operating completely independent of command and control, based on their erratic actions using civilians as human shields from back-garden firing positions.

“The Red Cross with a show convoy of enormous busses has been unable to even get near Mariupol let alone evacuate the population. The roads are far too messed up,” says Lana, one of several local medivac drivers with access passes to the Donetsk and Luhansk Republics.

“It may be better to wait a few days and get some cooperation from the Russians with their recovery vehicles to push scrap off the roads so the big busses can get through. They are not letting traffic through that is obviously going to get stalled and further block the roads. There are also many people driving like crazy and smashing up passenger cars or trucks of drivers looking for scrap haulage, as they hit road debris or artillery craters,” she added.

“The International Committee of the Red Cross (ICRC) team that was held by police in Manhush on Monday was released last night. This is of great relief to us and to their families,” the ICRC said in a statement.

“For certain, at least 7  neo-Nazi fighting units, are holed up in Mariupol, originally  commanded from offshore, or nearby, but now locally commanded, trapped in other words,” says Alona Adamovich via courier. She is a Ukrainian who operates the RINJ birthing clinics and women’s shelters in Mariupol for The RINJ Foundation. 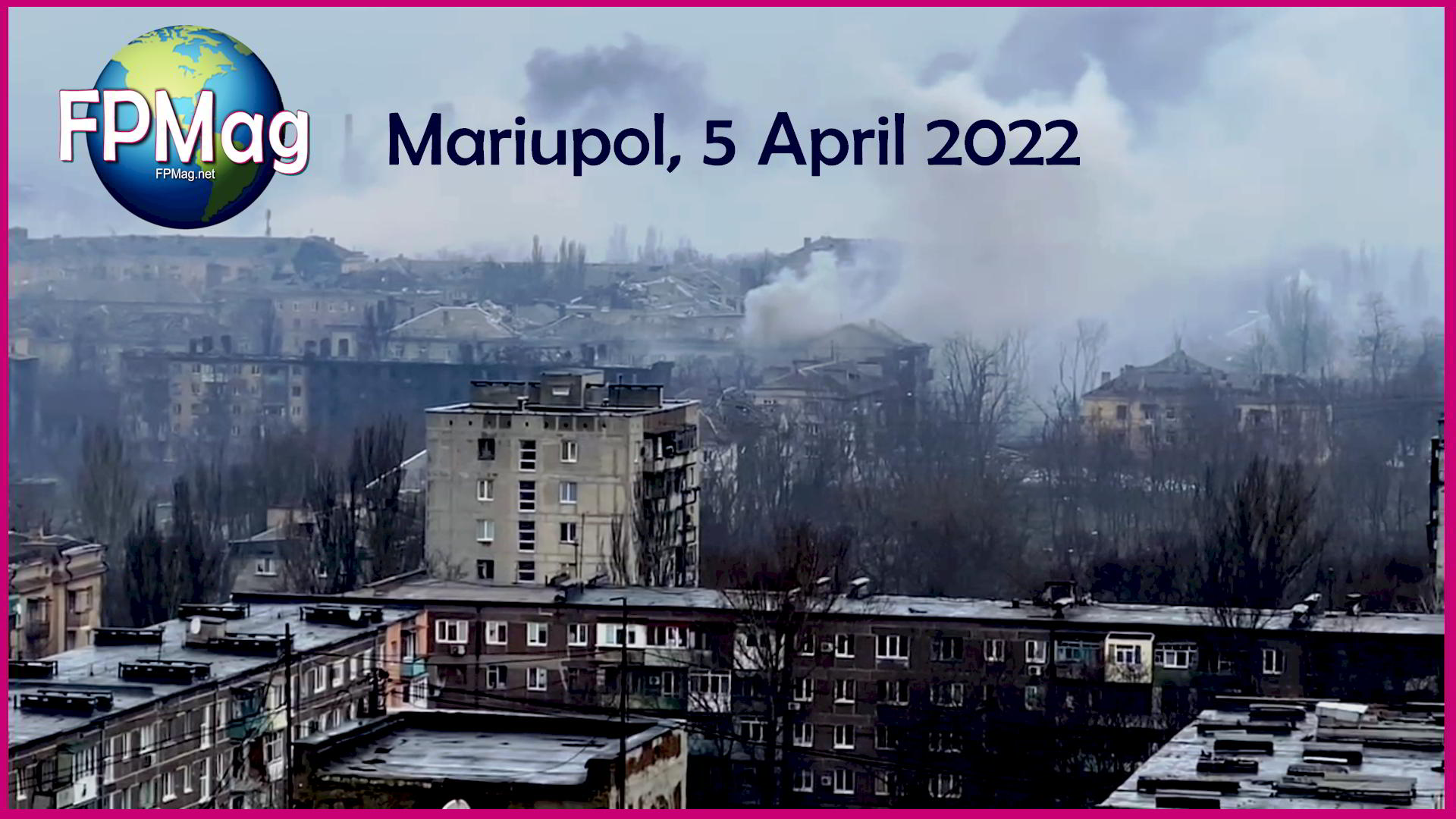 Mariupol, 6 April 2022 Russian forces have advanced into the vast Azov Iron and Steel Plant from the South-East, along the shore. Ukrainian artillery fire has slowed. They still have a number of mortar launchers, which they occasionally deploy to fire haphazardly around the city in a bid to slow the Russian advance. The fiercest fighting is still in the northwest of the left bank of Mariupol. An estimated 62,000 women, children and seniors are trapped in broken housing units, many basements still under NATO/Ukraine Nationalist  control. They cannot leave, neo-Nazi nationalists are still firing at any civilians trying to escape. Photo Credit: screen capture from a Mariupol video from the 14th Floor shot hours ago by videographer, and Emmy-nominated, Murad Gazdiev. Art/Cropping/Enhancement: Rosa Yamamoto FPMag

“If there is any noncombatant, known-friendlies in need of evacuation in small groups, or medical care, their family should contact our global confidential HelpLine on Signal at +1647399279,” she added in a saved message on a Blackberry that was hours ago hand delivered via a medical evacuation bus to a coworker with access to telecon services near the Russian border.

“There is so much radio frequency jamming in Mariupol, people with braces are hearing a hum in their teeth,” Dale Carter reports cynically from eastern Ukraine.

NATO/USA has backed, trained and armed neo-Nazi units in the shelling of Donetsk PR and Luhansk PR for over eight years according to Donetsk PR officials, readily available for comment but not authorized to do so.

There are still a small few thousand Ukrainian fighters in Mariupol. 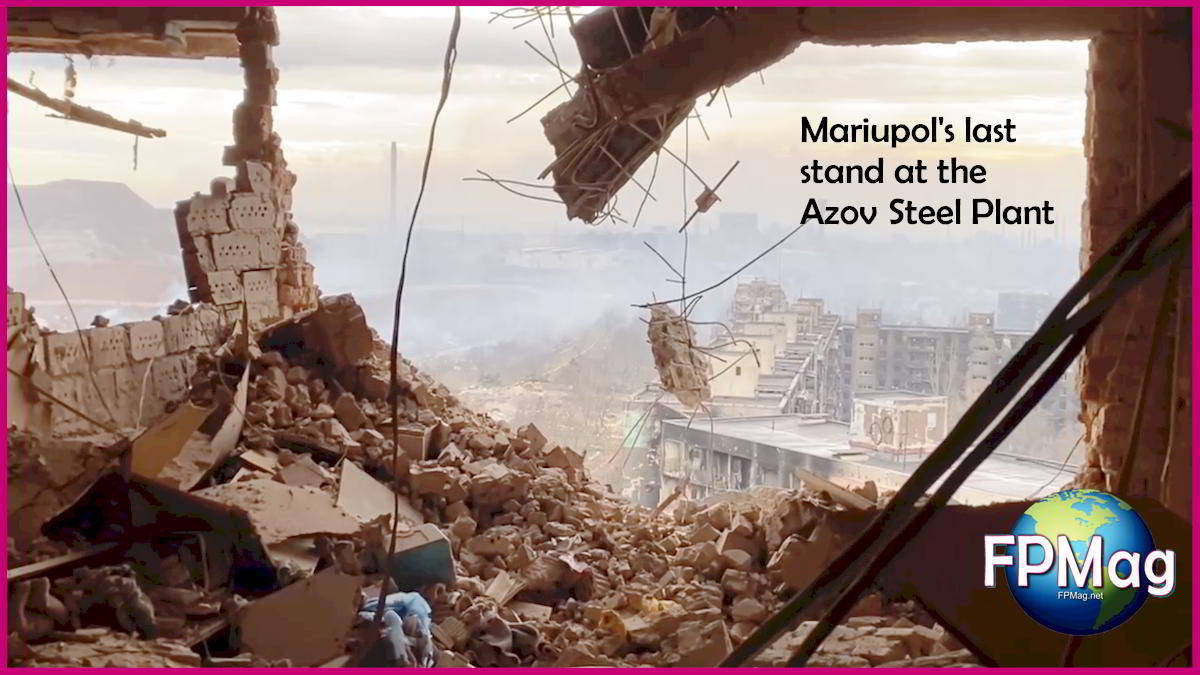