China and Russia drill in warfare while taking a walk away from TROTW. An all women think tank says that is dangerous

The Rest Of The World (TROTW), outside of China and Russia, are hobnobbing at COP26 in Glasgow, Scotland as were the leaders of 18 of the world’s richest nations strutting, posturing and politicking, in Rome at the G20, which preceded the COP26.

Video: “Either we stop climate change or it stops us,” said UN Secretary General António Guterres at the opening ceremony of the COP26 world leaders’ summit.

“Glasgow must be the kickoff of a decade — a decade of ambition and innovation to preserve our shared future,” said US President Joe Biden a couple hours ago.

Meanwhile there is a new guard on the Asian Seas . Near-shore Russian and Chinese warships have been pushing far-from-home American warships out of Chinese and Russian waters. At the same time China and Russia are proceeding together through an extreme range of naval and defence aviation war games and drills. This has been happening all year long according to specific releases from both countries.

American, Canadian, German, French, Indian and British warships according to statements released by each of these nations, have been traversing the Taiwan strait and navigating the South China Sea, and all the Asian Seas, to the extreme annoyance of China. All the while, members of the G7 bicker over who is going to make a business out of churning up the Asian Seas with nearly a dozen more nuclear submarines worth billions of dollars, money that should be spent on forging ahead on alternatives-to-fossil-fuels , sustainable, energy projects, say numerous environmental and anti-nuclear weapons civil society groups.

Worried about numerous developments over the past 20 years, both Russia and China have developed hypersonic nuclear-capable intercontinental missiles capable of approaching America over the South Pole, according to sources to FPMag. This activity is not unlike the activities of the DPRK which has become a nuclear-weapon nation since Donald Trump glibly taunted the North Koreans with repeated false promises for détente.

Could the two trillion dollars that these men would be spending on weapons including nuclear weapons in 2022 be redirected to renewable energy? China and Russia could be coalition builders to achieve this goal.

“If the COP26 nations were represented by a gender-equal stable of leaders, for sure that suggestion that armaments spending be slashed and the money spent on fighting climate change and ending the pollution of Earth’s environment with renewable clean energy would be on the table,” says Geraldine Frisque who is the coordinator for a global women’s think tank.

“At the Conference of the Parties number 26 (COP26), United Nations member countries, plus a few small non-UN member countries and the European Union, are now under immense pressure to come up with massive commitments in support of the Framework Convention on Climate Change,” said Ms. Frisque on behalf of the women’s think tank.

Criticism of the two leaders who sent subordinates is led by US President Joseph Biden whose poll numbers in the United States have tanked to a level below all modern-times US Presidents save Donald Trump, but Biden and Trump are close in unpopularity according to an NBC Poll released yesterday.

One of the criticisms by US Media, particularly CNN, is that China is a major contributor to greenhouse gasses because of its extensive use of coal-fired electricity generation.

Yesterday a CNN host in a conversation about Russian President Putin’s absence from the G20 meetings, attacked the Gamaleya Research Institute of Epidemiology and Microbiology’s ‘Sputnik V’ vaccine suggesting it is the cause of so many new cases of COVID-19 in Russia, all the while the same network is reporting that US COVID-19 cases are averaging around 70,000 new cases per day in continental America.

“This kind of White House-led belligerence and jingoism is not helpful and proof that men are doing a very bad job of leading the charge against pollution and mitigating climate change. The efforts of the global patriarch has a net result of a fat zero in gaining ground against greenhouse gas emissions,” advanced Geraldine Frisque.

“XI Jinping and Vladimir Putin are not physicians hence their mirrored explanation for opting out of the G20 and COP26 summits to tend to patients suffering from COVID-19, may be valid for the pretentious G20 group but does not seem as paramount as dealing with Climate Change at the COP26. It is more true that the two countries have been alienated from the events by the United States-led belligerence, antipathy and outright bullying,” says a global women’s think tank assembled to sit on a forum from seven countries to conjugate and deliberate on a range of complex issues that face global families and how women can make a difference in sustainable human development in the context of:

“The Cold War that is being fought by a large number of UN members against China, Russia and its allies is not helpful,” said Ms. Frisque who explained that she is speaking on behalf of the women’s think tank. 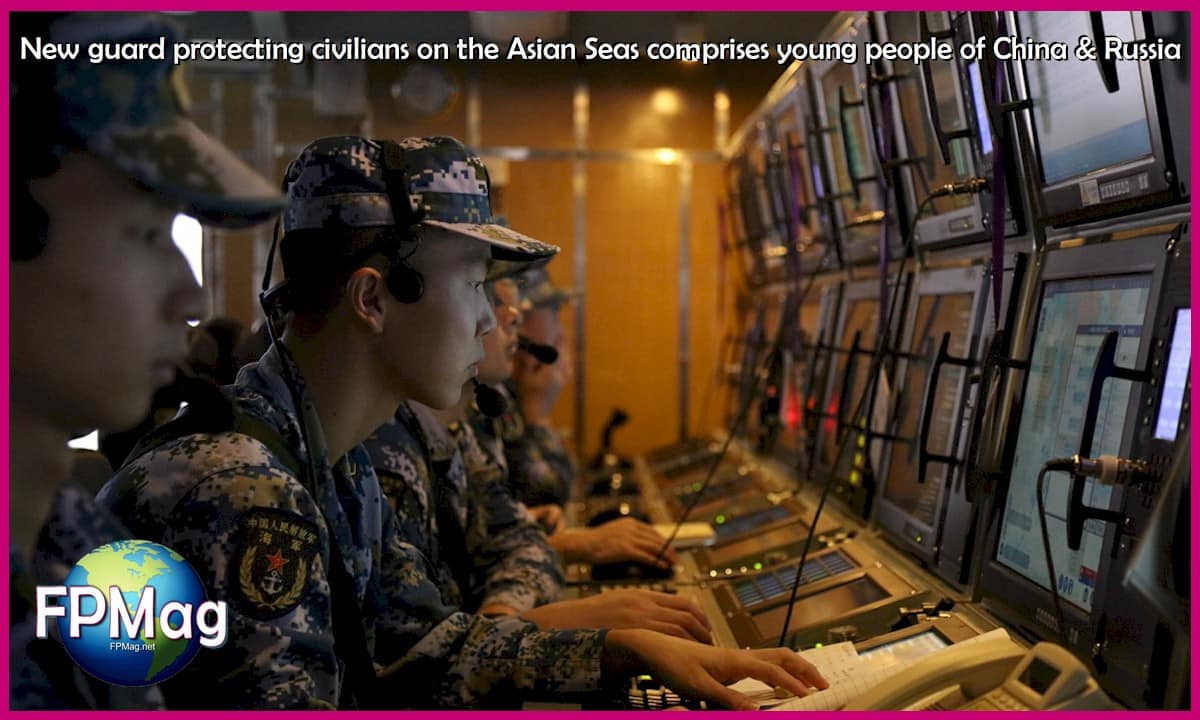 “Not a good example itself of democracy, America has a lot to say about how Russia and China are governed. It would be better to lead a spirit of cooperation instead of increasing antagonisms. Together, Russia, China and America could lead the world together for solving global problems instead of creating more, ” says the women’s think tank according to Ms. Frisque.

“The United States complains that China and Russia are not democracies but few people believe U.S. democracy serves as a good model for other nations while 57% think it used to be a good example but has not been in recent years,” said Ms. Frisque who explains she is citing data from new research by Pew Research,”

“Women are still making a difference, but the world would be much better off if half the leaders at the G20 and the COP26 were women like Ursula von der Leyen, President of the European Commission since 1 December 2019,” suggests the women. 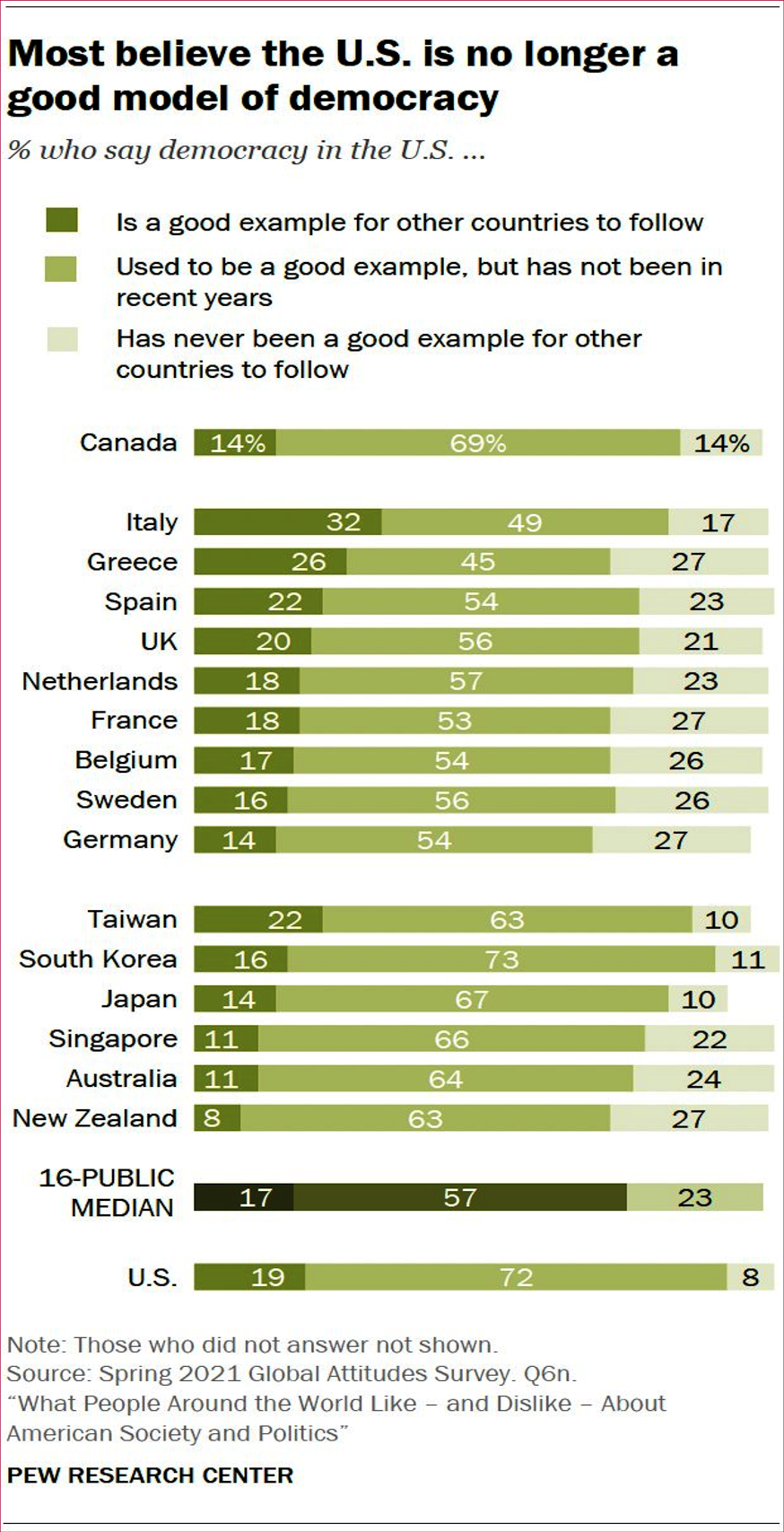 The article " China and Russia drill in warfare while taking a walk away from TROTW. An all women think tank says that is dangerous " was written by Author: Sharon Santiago (Biography, Email) Staff Writer and Asia Pacific Editor. A medical practitioner specialized in treating GBV patients.
Contact Sharon Santiago on Twitter ~ Facebook