Women scientists urge suppression of COVID-19 spread in order to prevent new virus variants. Since December 2019, the patriarch has failed, and that must change.

Dr. Kirsty Short, a virologist and senior lecturer at The University of Queensland, explains the urgency in ‘Virologist explains each COVID variant and what they mean for the pandemic“. 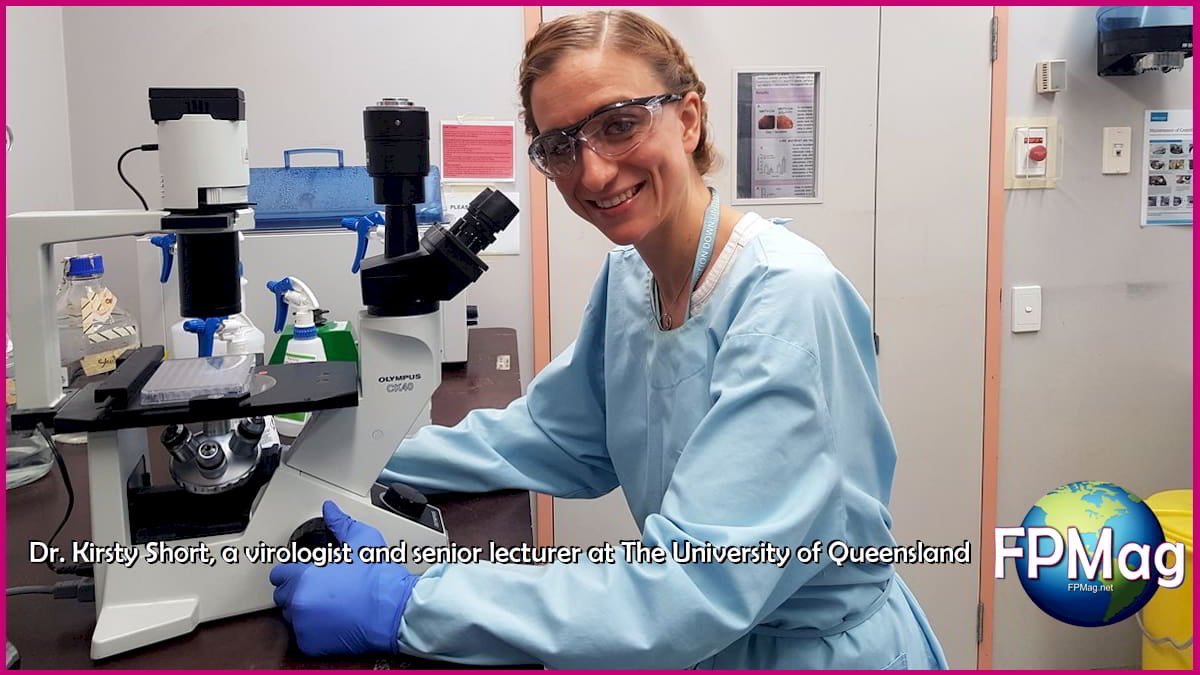 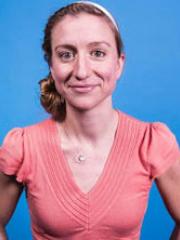 “Occasionally,” says Dr. Short, “variants emerge with an advantageous mutation, one that means it’s better at replicating, transmitting, and/or evading our immune system. These variants have a selective advantage (in biological terms, they are “fitter” than other variants) and may rapidly become the dominant viral strain. There’s some concern we’re seeing a growing number of variants with advantageous mutations, contributing to the severity of the COVID-19 pandemic.”

Doctor Shirley M. Tilghman, President, Princeton University explains that, “The time has come to evolve and reform the vaccine R&D ecosystem with the goal of creating a world free of vaccine-preventable diseases.” 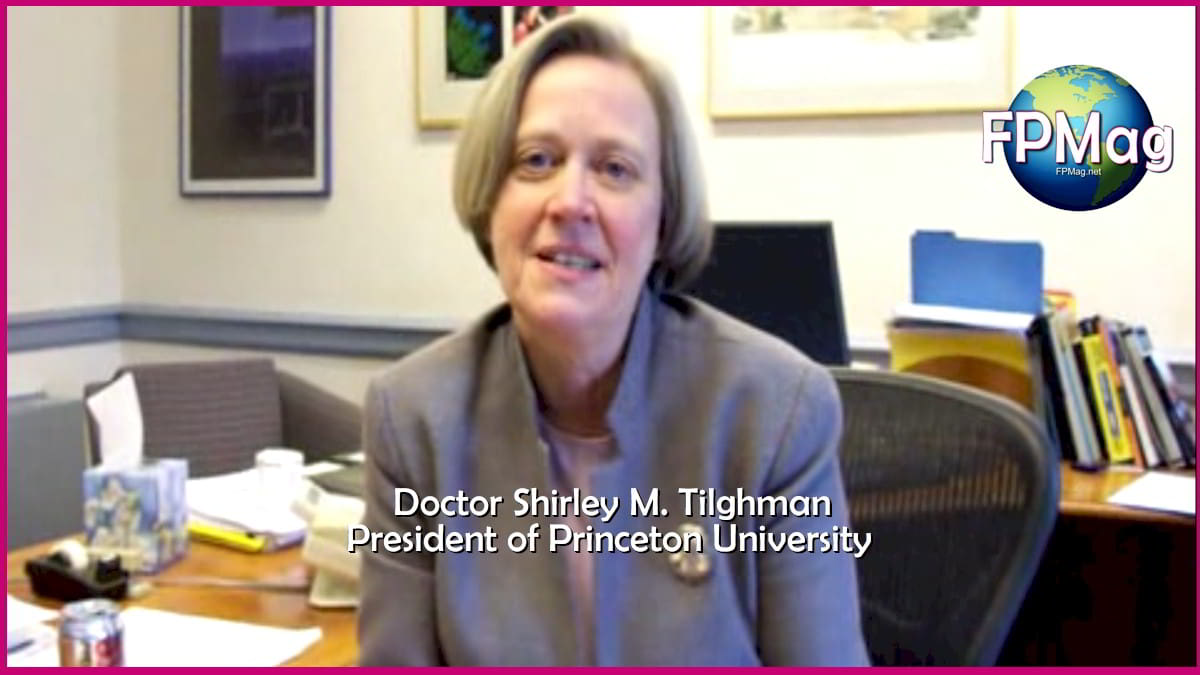 “We are in a race against time to get global transmission rates low enough to prevent the emergence and spread of new variants,” says Dr. Susan Michie, Professor of Health Psychology and Director of the UCL Centre for Behaviour Change. 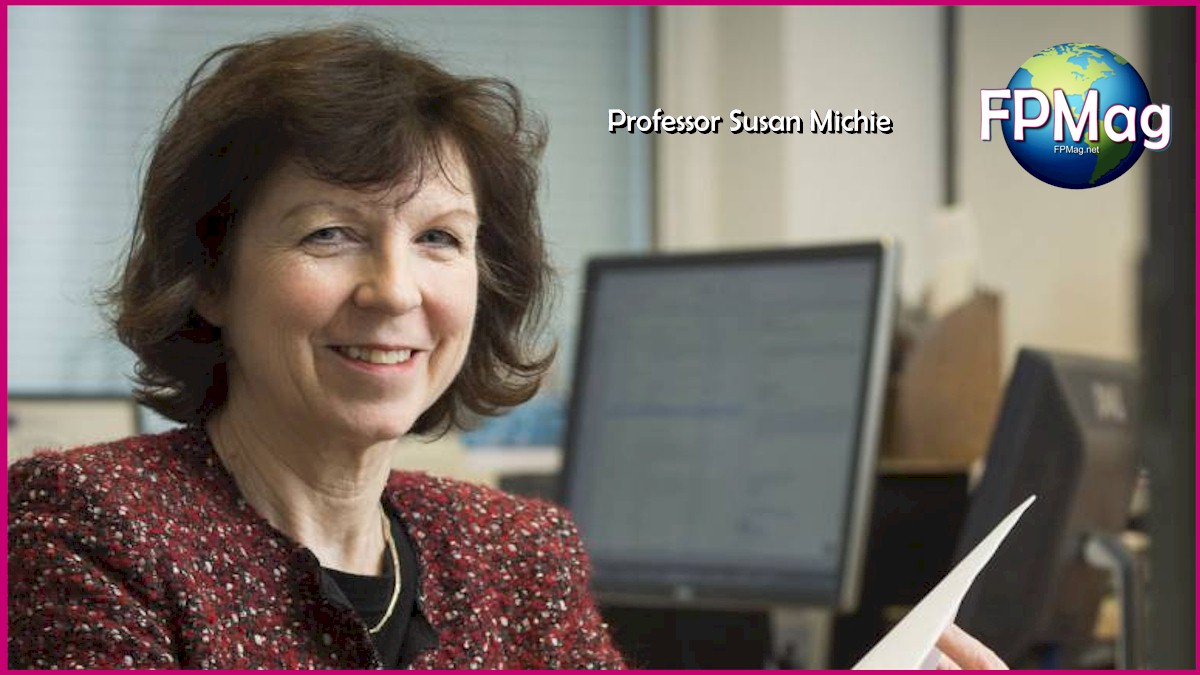 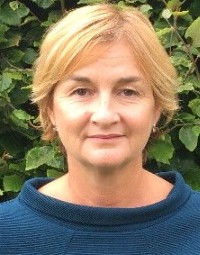 Another indicator of suppression urgency, science writer Jacqui Wise writes in BMJ that, “The World Medical Association unanimously backed an emergency motion calling for urgent action to support countries hardest hit by the virus including India and Brazil. The motion, put forward by the BMA, called on the international community and governments to “urgently prioritize support and aid to the worst affected nations, including oxygen, drugs, vaccines, PPE, and other equipment as needed, and to strengthen healthcare system resilience in the face of future pandemics.”

Vaccines are not going to work alone as planned. It is time to start protecting people’s lungs too, say many doctors, men and women. 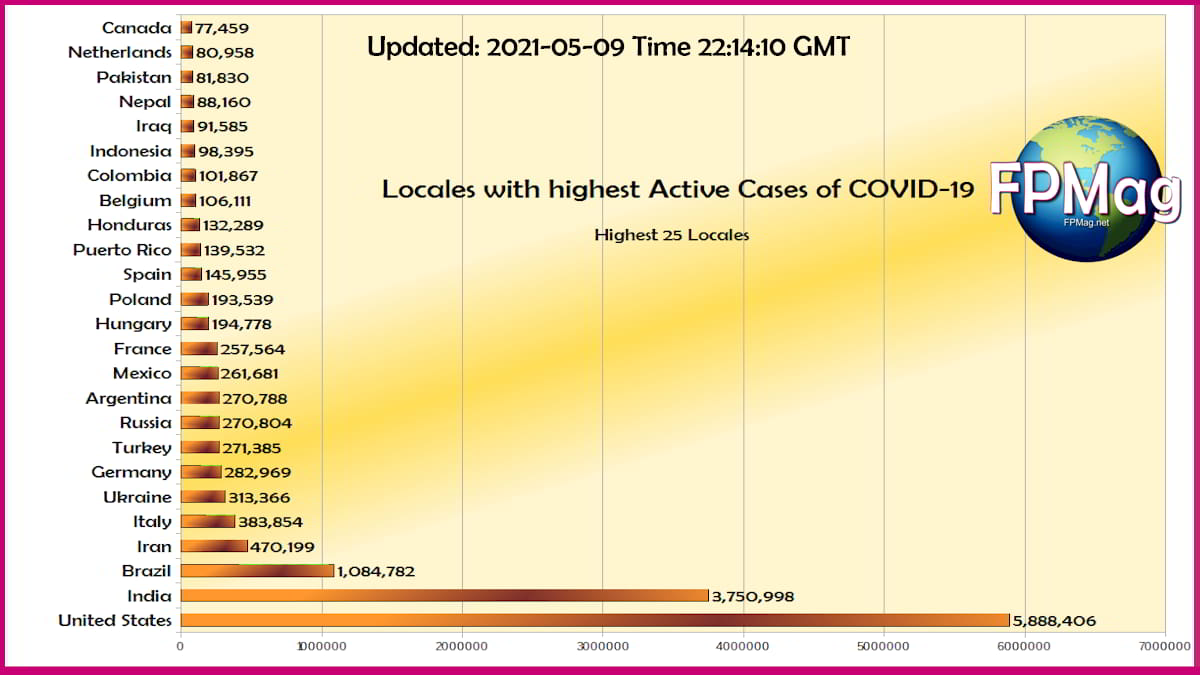 What do doctors say is needed besides vaccines?

According to a group of scientists from around the world, listed below, led by Dr. Susan Michie, ‘More extensive genomic surveillance; effective find, test, trace, isolate and support systems; second-generation vaccine programs and increased production capabilities to support equity in vaccine distribution; better PPE for the protection of lungs with FFP respirators like N95s (double masking for the poorest regions) for the public and ensuring full PPE for health staff; social distancing; and better public education. [paraphrased]’

That is the conclusion of a study released 29 April 2021, based on the earlier VOC.  and not the variants of interest massively infecting India for which studies are only now emerging. But there is no need to wait for more study to start massive “global virus  suppression efforts” say the doctors who wrote ‘New COVID variants have changed the game”‘.

(“‘Escape variant’ refers to a mutation that allows the virus to substantially escape the effect of antibodies,” explains Dr. Kirsty Short.)

The E484K mutation is the keystone of ‘Escape Variants’

“There has been research showing that the current vaccines work against the UK B.1.1.7 variant without the E484K mutation. However, recent clinical trials by Novavax and Johnson & Johnson showed that their new vaccines were less effective in South Africa compared with the UK or US, which is presumably because of the high level of virus carrying the E484K mutation,” notes science writer Ms. Jacqui Wise in the BMJ, a  peer-reviewed medical trade journal, published by the trade union of the British Medical Association.

Earliest scientific reports on the B.1.617 variant savaging India and Nepal are days old and very discouraging to many readers. SARS-CoV-2 variant B.1.617 evades antibodies induced by infection and vaccination is one of the findings, as reported by FPMag also on 5 May.

Note: India's reported death sum and cured data are widely seen among epidemiologists and biostatisticians as unreliable. For example, 2,677,263 is CSPAC estimated sum of deaths while India reports 486,784, creating the largest discepency in the world. India might only report hospital tested cases. Sources among hundreds of nurses and other medical practitioners provide a picture that in summary concludes most cases never present in a hospital especially in northern provinces where health care is less available and utilization is low anyway because of poverty, hence most people die at home in India. This theory could explain discrepancies between reported data and algorithmic estimates.

Researchers are studying new “India” and “Bengal”  mutations with ‘escape variants’ all around the world. Many scientists encourage equity in vaccine distribution and genomic surveillance backing responsive vaccine updates. “That means there are solutions that must be implemented quickly and unselfishly,” notes one scientific author.

“No one is truly safe from COVID-19 until everyone is safe. We are in a race against time to get global transmission rates low enough to prevent the emergence and spread of new variants. The danger is that variants will arise that can overcome the immunity conferred by vaccinations or prior infection,” write international scientists in ‘New COVID variants have changed the game‘.

If the human race has learned from its past mistakes, countries will invest a lot of time and money investigating the genomics of new ‘variants’ of COVID-19 for solutions in vaccine development suggests a Report of the Sabin-Aspen Vaccine Science & Policy Group.

“The COVID pandemic and the rapid development of vaccines to fight SARS-CoV-2 have heightened our sense of urgency that the time has come to evolve and reform the vaccine R&D ecosystem with the goal of creating a world free of vaccine-preventable diseases,” said Doctor Shirley M. Tilghman, PhD and co-chair of the Group plus president emeritus and professor emeritus of Molecular Biology and Public Affairs at Princeton University. 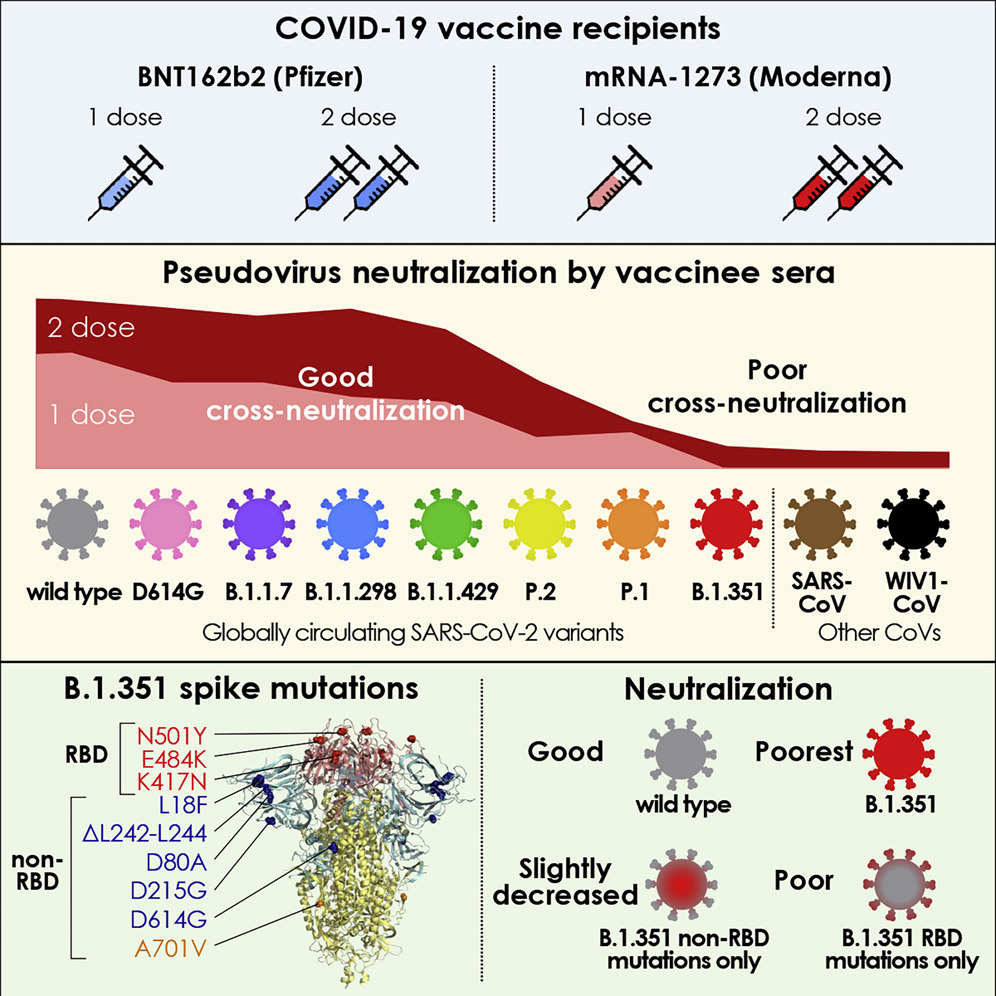 Multiple SARS-CoV-2 variants escape neutralization by vaccine-induced humoral immunity. Vaccination elicits immune responses capable of potently neutralizing SARS-CoV-2. However, ongoing surveillance has revealed the emergence of variants harboring mutations in spike, the main target of neutralizing antibodies. To understand the impact of these variants, we evaluated the neutralization potency of 99 individuals that received one or two doses of either BNT162b2 or mRNA-1273 vaccines against pseudoviruses representing 10 globally circulating strains of SARS-CoV-2. Five of the 10 pseudoviruses, harboring receptor-binding domain mutations, including K417N/T, E484K, and N501Y, were highly resistant to neutralization. Cross-neutralization of B.1.351 variants was comparable to SARS-CoV and bat-derived WIV1-CoV, suggesting that a relatively small number of mutations can mediate potent escape from vaccine responses. While the clinical impact of neutralization resistance remains uncertain, these results highlight the potential for variants to escape from neutralizing humoral immunity and emphasize the need to develop broadly protective interventions against the evolving pandemic. Source Science Direct

Leading the suppression of the spread of mutant SARS-CoV-2 virus as quickly as possible without waiting for the more reactive than disease-preventative World Health Organization (WHO ), to lead the fight, will likely fall to richer countries.  (Read: Escape Variant virus hits USA. Biden accelerates 1st vaccine jabs).

“The UK, America as well as Germany, France, Russia, China and India, in no particular order, and more countries I have forgotten, have astonishing individual histories and accomplishments in proactive disease fighting,” says Dr. Anderson of The RINJ Foundation. “Cheer them on, to work together and this time not wait for WHO ,” he added.

WHO was Slow to react to COVID-19, guided by China, claimed America in 2020. That appears to be true.

“But guided by any country, regardless of which one, the WHO has shown itself to be more responsive than proactive as a politically-led organization of the United Nations. This new paradigm seems to have been unexpected.  Obviously this is the membership’s creation and something the membership can someday decide upon if it seeks change.

“WHO’s excellent COVAX Programme, for example could only have been created by the current iteration of WHO,” suggests Anderson.

“For now, the best and the brightest university and industry scientists must fearlessly step forward with their ‘A-Game’ and either new vaccines or ‘boosters‘ and fight these future ‘escape viruses’ and whatever we are calling the next attack wave, because there will be wave after wave,” predicted Anderson.

The initial reaction to COVID-19 was slow and lethargic. That needs to be overcome now or the human race may be in very serious trouble.

From the outset, many nations labelled the COVID-19 outbreak a “global pandemic“ long before the World Health Organization began using the term. Between China and WHO there was a lot of drift and delay that someday will require answers. In the meantime, leaders need to lead. This is getting serious. As rich countries report a lull in new cases, poor nations are suffering calamity. Lulls don’t last.

By 22 February, 2020, when Anderson started calling COVID-19 a pandemic there were  77,700 cases of COVID-19 globally, according to the Civil Society COVID-19 data team, most cases located in China.

But by that day in February 2020, there had been seventeen deaths already outside mainland China, the first one in the Philippines.

Today the estimated global excess deaths may exceed 9 million based on multipliers derived from studies at the University of Washington.

SARS-CoV-2 was spreading like wildfire. It would soon start infecting thousands of people in over 195  autonomous nations and over 50 other regions and territories occupied by humans.

On 22 February 2020, South Korea reported 430 cases; Italy said it had 62 that it knew about; Iran confirmed 28; America, Lebanon, Israel, and Iraq confirmed having cases. Japan confirmed 26 cases; Singapore said it had 89; Hong Kong said it had 70; Australia confirmed 22; Canada had 10 cases it knew about; Taiwan had 27 cases; the United Kingdom had 13 test positive and so on. It was spreading. Still the World Health Organization and China refused to call it a ‘pandemic’.

Around the world, most countries, except China, were using that word, but apart from what China was doing internally, turning its population upside down with extraordinarily effective mitigation mandates, nothing was being done to stop the spread of the disease elsewhere.

There was talk of travel bans but they took months to implement and none were very complete.

The lethargic initial response cannot be used again to deal with the new human-adjusted virus.

Today the same lethargy is being applied to mutant variations of the original bat-virus, which are spreading like wild fire infecting over a million people per day, and killing new numbers nobody is talking about. One estimate suggests there are over nine million dead and that is just from the in-the-wild primitive early version of the bat-virus. Today it is becoming a human-virus and learning how to dominate human cells.

Recent study reports (newest to latest)  on SARS-CoV-2 variant B.1.617 which has been savaging India 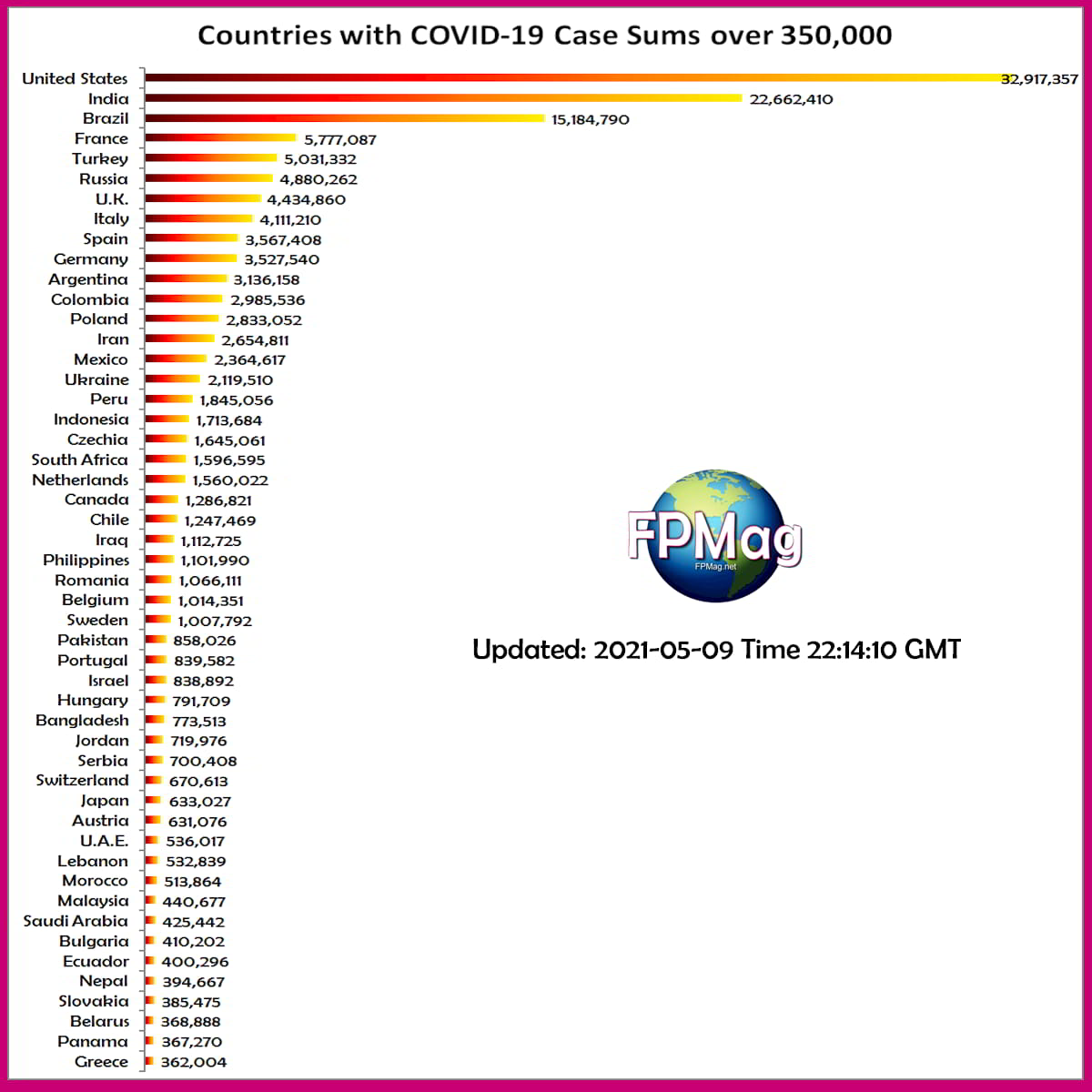