As Secretary of State Antony Blinken visited Ukraine on Thursday afternoon, Ursula’s husband was already at work as a Ukraine soldier defending his country against Russian aggression. Ursula is no different from thousands of spouses, men and women who are home, schooling children and managing the family household while their partner risks snipers and all out attacks from Russia.

by Micheal John with files from Melissa Hemingway

Last month, Russia amassed something like 100,000 troops and their equipment along the Ukraine border, notes Ursula. “Now, our president says there are still 75,000 troops there.”

“We see only 3,500 soldiers who have begun to withdraw and left the territory of the temporarily occupied Crimean Peninsula. So far, we aren’t seeing a reduction anywhere else. We believe that the reduction is slow and therefore a threat may still exist,” Zelensky said during a joint press conference with U.S. State Secretary Antony Blinken in Kyiv on Thursday, 6 May.

“These hostilities have been going on since 2014,” says Ursula who has asked to use a pseudonym because otherwise it might be, in her view, too easy for Russians to identify her family.

“Ukraine soldiers are advised by superiors to be careful,” she says, “not to publicize their identities in social media or anywhere in the media.”

The ‘war’ with Russia, which in reality is all about Russian aggression, and Ukraine trying to avert a disaster,  is driven by plenty of passions.

“The Ukraine side is the underdog,” claims Ursula and her friends, against the massive might of Russia which spends an average of 4% of its substantial GDP on its military according to the Stockholm International Peace Research Institute ( SIPRI). 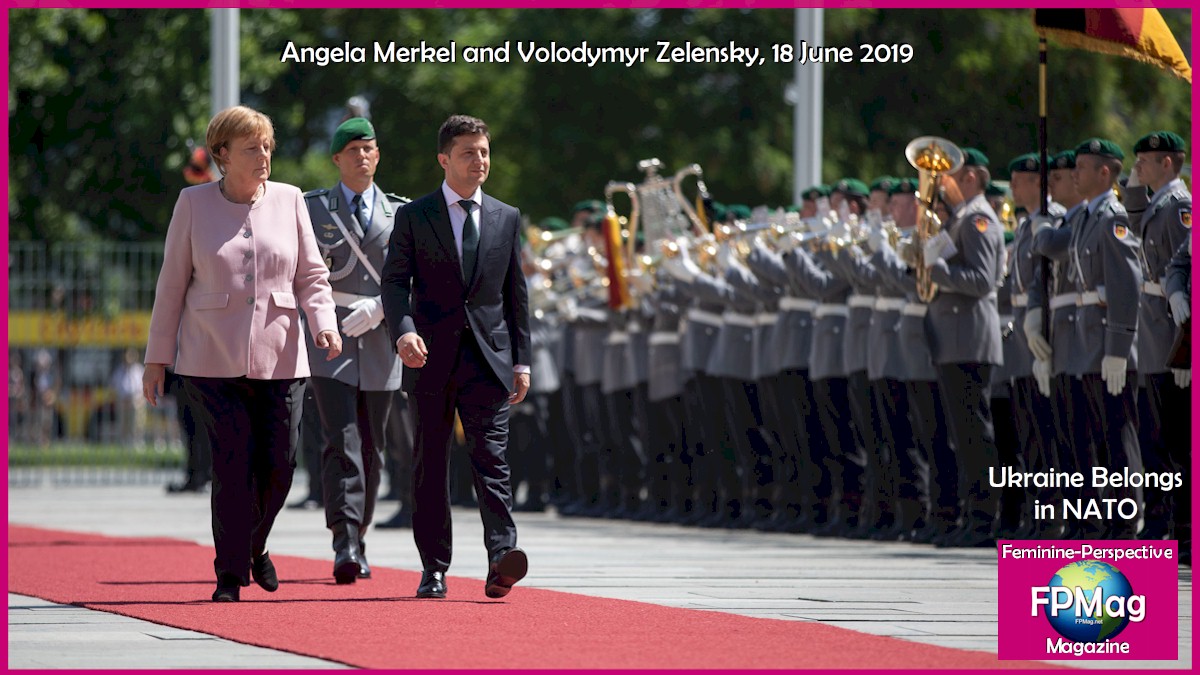 Like most military spouses, Ursula has an opinion on what has been happening and like a lightning rod, the visit of Antony Blinkin got people talking.

Ukraine Women who make a difference. Many Ukrainian Women are bonded as co-founders of a global women’s group.

What these women have in common  is that they are each close friends as members of The RINJ Foundation, a global women’s group which organized demonstrations across Ukraine in March 2012 over the rape and murder of Oksana Makar (11 June 1993 – 29 March 2012), a rape crime which initially took place on 8 March 2012 in Mykolaiv, Ukraine.

These women lobbied for support to Oksana’s family.

They pushed the Ukraine toward gender equality; ending its rape culture; ending its patriarchal corruption; and electing effective government.

They are strong supporters of President Volodymyr Zelensky. At the time of Oksana’s death, many of these women were close to Oksana’s age.

In a statement published on 31 March 2012 by these same women along with hundreds of colleagues, as Oksana was scheduled to eventually come to Canada for specialized plastic surgery, these women wrote, “The drunk three rapists who violated Oksana Makar were worried that she would go to the police, and to avoid this — all were in a state of intoxication — they took further steps. The men tried to strangle Oksana with a cord, leaving her barely conscious. Then they wrapped her in a blanket and dragged her to a nearby construction site, where they set her on fire. She was discovered the next morning, still conscious, by a passing motorist. She had burns to 55% of her body. She endured the amputation of her arm and horrible pain across her entire body. We had hoped Oksana Makar would survive. We had a team ready to do plastic surgery. Doctors and family along with hundreds of thousands of prayers failed to defeat the evil that was done. Oksana died after fighting to live for three weeks. May she rest in peace. May God bless her beautiful family.”

The perpetrators of this crime were: Yevgeny Krasnoshchok, 23, Maxim Prisyazhnyuk, 24, and Artem Pogasyan, 22. Oksana was 18 at the time of her death.

Friend Oksana Makar bonded many women in Ukraine as a collective voice for change. One of the changes is Ukraine’s new President.  Oksana Makar (11 June 1993 – 29 March 2012) File Photo Courtesy The RINJ Foundation

Integrity, Congeniality and Diplomacy are traits of globally respected Ukraine President Volodymyr Zelensky which is why he has the support of RINJ women in Ukraine. 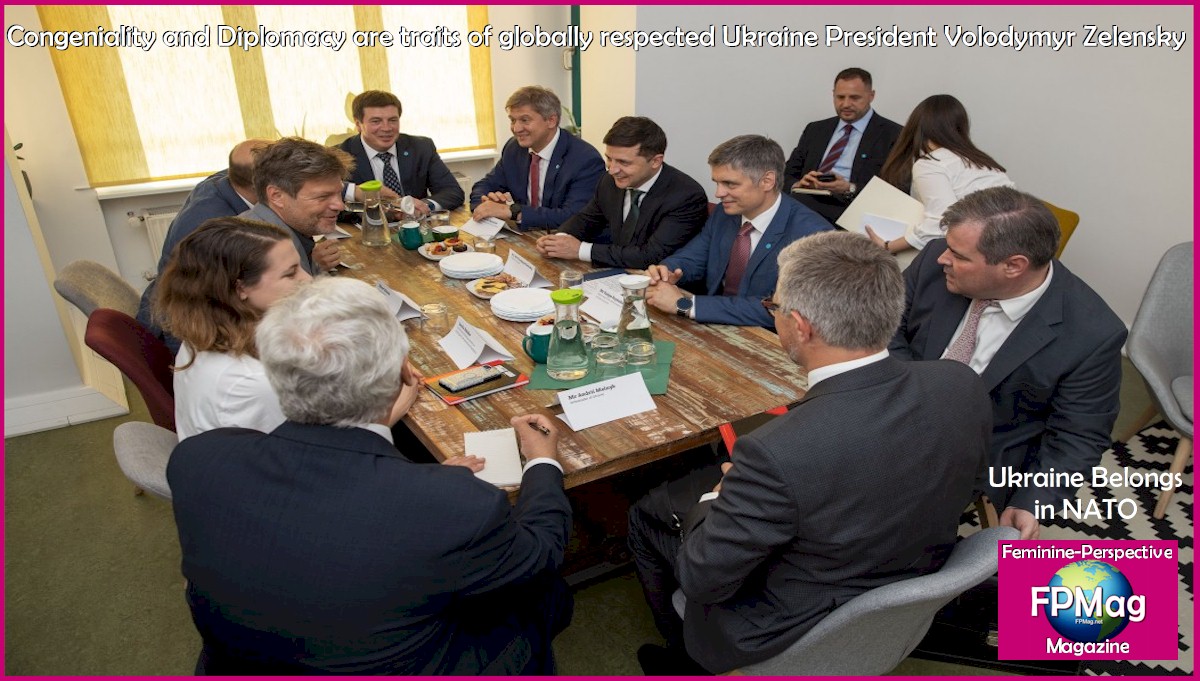 Integrity, Congeniality and Diplomacy are traits of globally respected Ukraine President Volodymyr Zelensky which is why he has the support of feminist women in Ukraine.
Photo Credit: Ukraine Presidential Office
Art/Cropping/Enhancement: Rosa Yamamoto FPMag

“As Mr. Blinken goes back to his home in the United States,” concluded Ursula as a result of these women’s summit,  “we want to make some suggestions for the world to hear”.

Suggestions to the NATO Community from Ukraine Women