“The West should not be allowed an opinion because it is so incredibly racist with Muslims as the key target of their hatred, even more, even more, than South Asians,” says a frustrated Doctor Abdul, a Palestinian doctor struggling to keep up with injuries in the oppressed city of Gaza. Dr. Abdul agreed to be quoted using a pseudonym for fear of Israeli retaliation. He is well known to FPMag since the mid-May 2018 Gaza massacre, the subject of a scathing report by a UN investigation which the USA tried to block.

Years of ethnic cleansing by Israel in East Jerusalem has led to the current massacre in Gaza says a Palestinian writer and activist, Mr. Mohammed el-Kurd in an MSNBC interview.

FPMag has traced his background. As a young boy he came home from school one day as a seventh grader to find Jewish settlers dancing in the street for the joy of seizing his grandmother’s house.

Mohammed el-Kurd learned his grandmother was injured in the process and was hospitalized.

“I was born in that house,” said Mohammed el-Kurd as a seventh grader. See the video below.

By ignoring international law and the history that sets out Israel as an occupying power of the Palestinian territories, Israel imposes its own self-serving laws to forcibly remove Arabs from their homes in East Jerusalem and allow Israeli Jews to take their homes and settle into them, even with violence.

Confiscation of the homes of Palestinian families, some owned since 1949, Israel relies on its own laws encouraging “Israeli Jewish settlers to settle the residences of Jerusalem,” say lawyers who are defending the rights of Palestinian Arabs in East Jerusalem who have been evicted despite the United Nations emphatically declaring that this is a human rights violation and must stop.

The reasoning for the UN stance is simple. East Jerusalem is part of an occupied territory which according to international law is not subject to new or even old laws of the oppressor, Israel.

Also hear a grade seven kid explain how his grandma and he lost their house and twenty-five thousand US dollars to Israel’s ethnic cleansing of East Jerusalem. 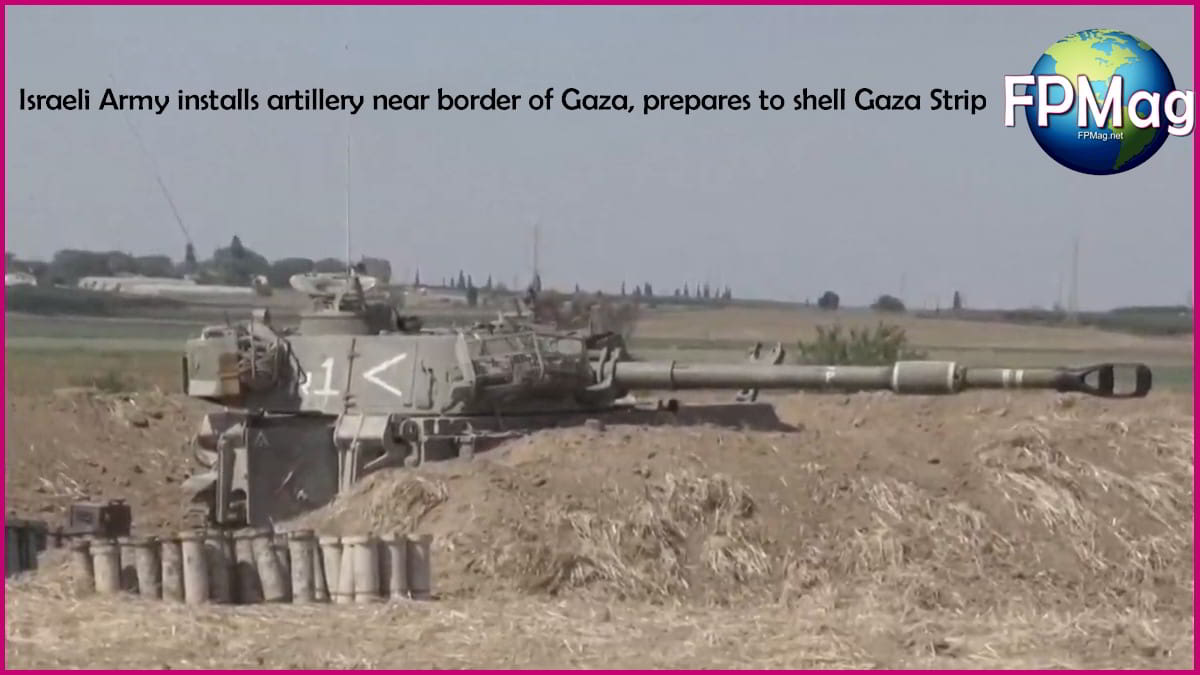 Zaha Hassan, a visiting fellow at the Carnegie Endowment and a former advisor to Palestinian negotiators writes in Foreign Policy: “In recent weeks, there has been an uptick in aggressive Israeli measures toward Palestinians in East Jerusalem (especially in and around Al-Aqsa Mosque and the Old City during Ramadan), provocative policing tactics and green lighting of marches by Jewish Israeli extremists, and planned forced removal of families from their homes in the Sheikh Jarrah neighborhood, an Israeli-annexed Palestinian area of East Jerusalem. This has coincided with Palestinians’ internal anger at the indefinite postponement by President Mahmoud Abbas of Palestinian elections planned to take place after a 15-year hiatus.”

The United Nations has assessed the situation in Gaza as follows:

1. “The Gaza blockade (through the land, air and sea) is a denial of basic human rights in contravention of international law and amounts to collective punishment. It severely restricts imports and exports, as well as the movement of people in and out of Gaza, and access to agricultural land and fishing waters. Gazans are unable to provide for their families and the quality of infrastructure and vital services has deteriorated.

2. “Despite measures taken to ease the blockade in June 2010 the humanitarian situation has remained extremely fragile. While imports have increased, they are still at less than 40% of the pre-2007 levels. Exports remain tightly restricted and are limited to agricultural produce to Europe, and Gazan businesses cannot access their traditional markets in Israel and the West Bank. Access to land and sea remains highly restricted.

3. “Only a minority of the projects aimed at improving housing and vital services in Gaza, submitted for approval by the international community, have been approved by the Israeli authorities. Implementation of approved projects is impeded by funding shortages affecting the operating agencies, as well as by the limited capacity at the single crossing for goods. The internal Palestinian divide is an additional factor undermining the quality of vital services.

4. “Lack of respect for international humanitarian law has continued to result in civilian casualties, particularly during escalations in armed clashes and while enforcing access restrictions to border areas.

5. “Thousands of people, many of them children, risk their lives smuggling goods through the tunnels under the border with Egypt every day. The thriving tunnel industry is a direct result of ongoing restrictions on the import of construction materials, the lack of employment opportunities, and the huge reconstruction needs in Gaza.

6. “Gazans remain isolated and cut off from the rest of the occupied Palestinian territory. Entry into the West Bank, either via the Israeli Erez crossing or via Jordan, is prohibited for all Gazans. The volume of people allowed through the Egyptian Rafah Crossing remains limited, with hundreds denied passage each week.”

Responding to the United Nation’s decree which was read to him, in part, Micky Rosenthal, spokesman for Israel’s Police Force says Israel is not an occupying power in East Jerusalem during Aljazeera interview. 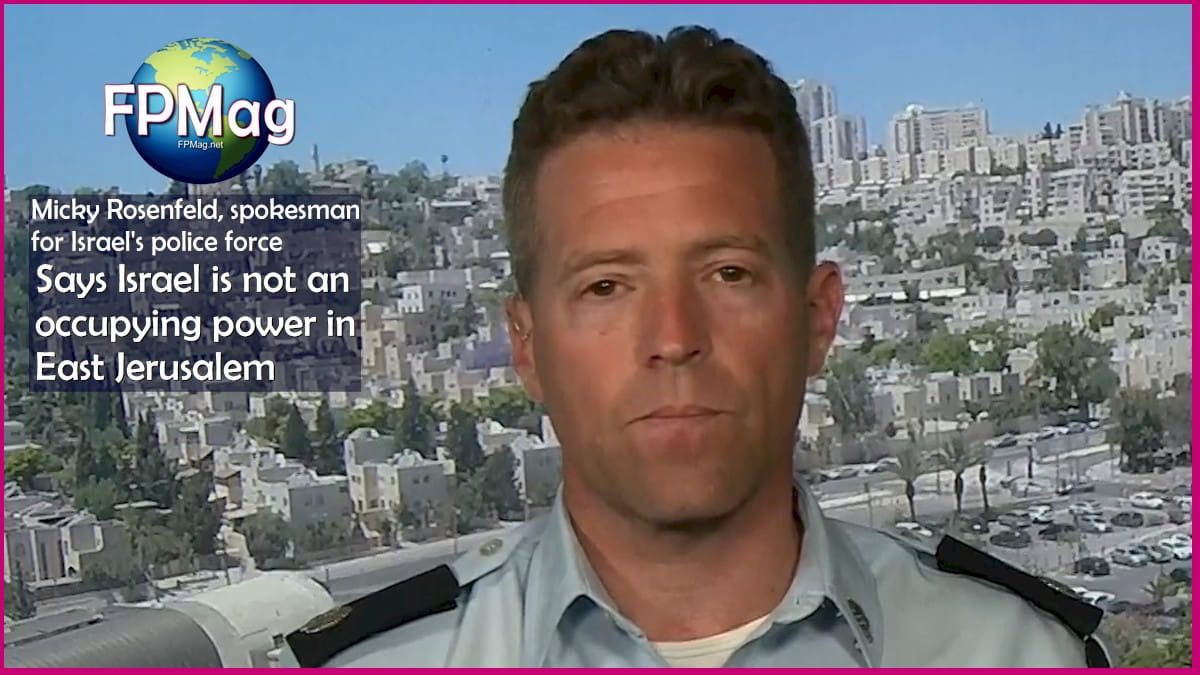 Benjamin Netanyahu’s plan for a distraction away from his multiple legal troubles blows up in his face with out of control street violence and civil war across all of the cities of Israel, the world gets a better look at the alleged war criminal.

“Netanyahu is unsupportable in his current claim as a caretaker prime minister of Israel because he is so badly tainted. Netenyahu’s moral compass  is inconsistent with Israel’s traditional claim to the colour of righteousness. Israel has lost all respect under Netenyahu—completely lost. His brother Yoni is rolling in his grave, screaming in anguish,” says Simon Baldock, an Israeli security analyst who once served in the same IDF unit as did Yoni Netanyahu.

On 7 May 2021, the United Nations called on Israel” to immediately halt all forced evictions, including those in the Sheikh Jarrah neighbourhood of East Jerusalem, as well as to exercise maximum restraint in the use of force while ensuring safety and security there”.

On 10 May, Israel issued a statement claiming, “Israel sought to achieve calm in Jerusalem. We took every measure to prevent conflict or violence, and to allow freedom of worship. These measures include postponing the Supreme Court hearing regarding Sheikh Jarrah, blocking Jews from visiting the Temple Mount, changing the route of the Flag March and then cancelling the event. Moreover, Israel acted in a measured manner in response to the rockets and incendiary balloons that had been launched from the Gaza Strip, so as to prevent any escalation during this sensitive period. 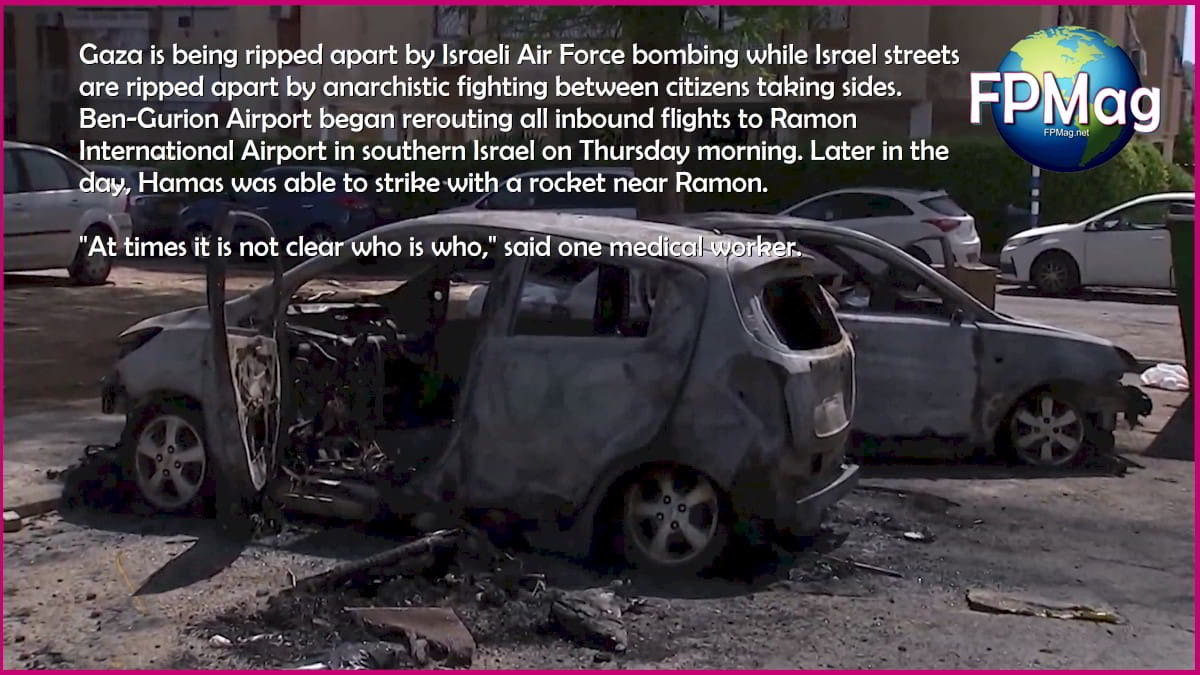 Gaza is being ripped apart by Israeli Air Force bombing while Israel streets are ripped apart by anarchistic fighting between citizens taking sides.
Ben-Gurion Airport began rerouting all inbound flights to Ramon International Airport in southern Israel on Thursday morning. Later in the day, Hamas was able to strike with a rocket near Ramon.
“At times it is not clear whol is who,” said one medical worker. Source supplied image.  Art/Cropping/Enhancement: Rosa Yamamoto FPMag

“The Qassam rockets fired by Hamas into Israel is a crude, ineffective military tactic but a colourful display of pyrotechnics which Israel easily knocks out of the sky with modern weapons as they would any world war two technology indiscriminate artillery projectile. Hamas does this wasteful barrage of fireworks to make a display to the Palestinians to indicate visibly that they are doing their job as the de facto government of Gaza,” commented Baldock.

“But it is nonsense and most educated Palestinians, even though foolish Joe Biden talks about Israel’s right to self defence against “a thousand rockets” (they are fuc**ng fireworks), see through this foolish conduct that has only one intent: attracting attention. Now Hamas has the world’s attention after the first thousand stupid pyros-show, they should be at the table talking with the real Palestinian Authority and the Israelis before Netenyahu completely loses control of his diversion and starts a major war pulling in the entire Middle East and Stupid Joe‘s America.”

“Meanwhile Palestine would be better off without Hamas which for my mind is a bad actor and a lousy representative of the Palestinian’s cause, ” says Baldock who has considerable experience with Israel’s “Iron Dome” air defence system developed by Rafael Advanced Defense Systems.

The article " Racist Anglo Five Eyes Nations back Ethnic Cleansing of Arabs from East Jerusalem as Israel breaks down in uncontrolled violence " was written by Author: Behar Abbasi (Biography, Email) Staff writer and FPMag correspondent for Yemen, Syria and Iraq. She is also a Registered Surgical Nurse.
Contact Behar Abbasi on Twitter ~ Facebook