Authoritarians like Donald Trump acquiescing to the murder of journalists like Jamal Khashoggi and the kidnap of airline travelers like Meng Wanzhou, led Alexander Lukashenko to believe he could get away with anything? Human rights violations are the tools of despots? When on 9 August 2020, the Belarus electorate picked a woman president, Lukashenko went deep to the dark side as did his already heinous crime level.  An FPMag investigative report.

2.) In May 2021, Alexander Lukashenko, the Belarus dictator hijacked an airliner and kidnapped citizen journalist Roman Protasevich who may still be alive but subjected to torture as was Jamal Khashoggi before his death.

4.) Aggression toward commercial passenger airliners is becoming problematic it would seem as Russia and Iran are now joined by Belarus in an attack on an international airline flight.

Fortunately, in events related to Ryanair flight number 4978, a state-sponsored bomb threat turned out to be fake and a military intervention in a civilian passenger flight resulted in two kidnappings but no deaths as yet.

Flight 4978 was forced down under a ruse, but was able to make the short trip to its destination 6 hours late. Over 100 passengers were inconvenienced and a couple of pilots may have got the scare of their lives.

The perception for ten air travelers interviewed by FPMag as a straw poll, was that,” air travel is no longer very safe“, and “don’t go by air especially if you are a journalist or an open critic of government“.

One respondent said Meng Wanzhou was similarly victimized by America as a state actor which in 2018 ‘kidnapped‘—in a de facto sense—the Chinese senior executive of Huawei flying from China via Vancouver to Mexico.

The United States has still not been able to lever Meng Wanzhou out of British Colombia, Canada.

America has still not been able to extradite journalist Julian Assange either.

Assange is a journalist who exposed American malfeasance of war crimes and murder in Baghdad during 2010 in what has been dubbed the “Baghdad airstrike Collateral Murder video“.

The Assange video release showed clearly how American soldiers fatally shot and killed 18 civilians from a helicopter in Iraq.

Those American war crimes included the murders of Reuters journalists Namir Noor-Eldeen and his assistant Saeed Chmagh which the USA had tried to cover-up.

Reuters had previously tried to obtain the video through the freedom of information legislation but was denied. An insider at the Pentagon gave the video to Julian Assange who published the material. The US Government by hook and by crook has been chasing Assange to ground, ever since.

Around the world, journalists are in big trouble from countries like Iran, America, Russia, Belarus, Philippines, Myanmar, Saudi Arabia,  and more.

Did America looking away as Saudi Arabia plotted a murder and killed Washington Post  columnist Jamal Khashoggi give Alexander Lukashenko a certain bravado and belief in impunity while plotting the kidnap of Roman Protasevich using five KGB operatives plus the fighting machinery of the Belarus air force? It’s a page out of the Trump/bin Salman caper.

America’s President Joseph Biden did not even figuratively raise an eyebrow when Israel pulverized three media buildings in Gaza Strip including the al Jalaa building housing Al Jazeera, Associated Press and many local media outlets, alleging that Hamas intelligence operators were somewhere inside the building.  (“So why not arrest them instead of attacking the media?”, was asked several times by al Jazeera reporters.) No proof of the Hamas allegation has been provided despite being demanded by the injured parties.

“Lukashenko became desperate when it became clear he would lose the 2020 election to a woman. His malfeasance grew from election rigging then to the point of hijacking an airliner now to get at his opposition,” explains a female activist.

“Three nations of the European Union were attacked in a war-like act by an outside actor, backed by Russia,” notes Geraldine Frisque of the RINJ women’s rights group which had been recruiting members in Belarus during 2020 in the run-up to the Belarus election which was inevitably over-controlled by Lukashenko who owned and appointed the “corrupt” Central Election Commission. 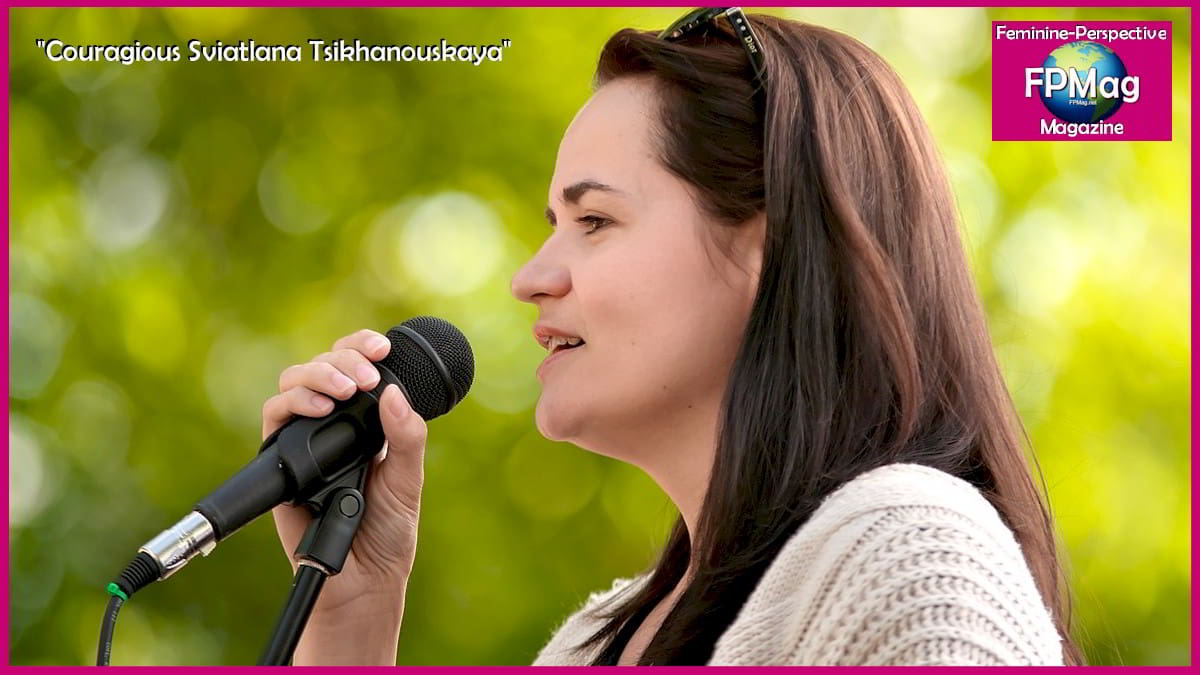 Hopes were raised for Belarus women of the RINJ group when polls suggested that Presidential candidate Sviatlana Tsikhanouskaya would win the Belarus election in 2020. She had sought the nomination after Belarusian President Alexander Lukashenko arrested her husband Sergei who had been the official opposition candidate.

While the public supported gender-equality, Lukashenko did not. Lukashenko insisted the country was “not ready for a female president” and had harassed Sviatlana Tsikhanouskaya endlessly. In the end, according to Frisque and agreed by many other women, “Lukashenko rigged the election by forcing poll captains to report results favourable to him”.

“The airline is based in Ireland,” explained Ms. Frisque. “The aircraft was registered to the Ryanair subsidiary incorporated in Poland,” she continued, “and Lithuania was the flight’s destination with the bulk of passengers from there, or doing business, or enjoying much needed tourist travel in Lithuania. In any case, all three nations are damaged by the obvious crime of declaring a fake bomb scare by the pathetic despotic, lunatic, President Lukashenko,” she added, refusing to hide emotion over the matter.

Poland, Ireland and Lithuania are three injured nation parties in the “hijacking of flight 4978” by Belarus. Here are the details.

Video: Deutsche Welle (a.k.a.: ‘DW’) is a German public state-owned international broadcaster funded by the German federal tax budget.  This report by DW is an excellent summary of the EU position on the matter at hand. Russia is accused of being involved.

The UN High Commissioner for Human Rights (OHCHR) has demanded the release of Roman Protasevich, the journalist who was kidnapped during the 23 May aircraft hijacking by Belarusian President Lukashenko, and his partner.

The European Union has made the same demands and has been forceful in establishing sanctions against Lukashenko.

Ryanair flight number 4978 was a scheduled passenger flight from Athens International Airport in Greece to Vilnius Airport in Lithuania. Mr. Roman Protasevich was aboard that flight when the commercial passenger airliner was contacted by Minsk ATC and told there was a bomb aboard. The airliner with 127 passengers was intercepted by a Belarus MiG29 and escorted to the Minsk Airport under threat of a bomb which actually did not exist. The aircraft landed at 10:16 GMT on Sunday according to the airport’s airline logs. 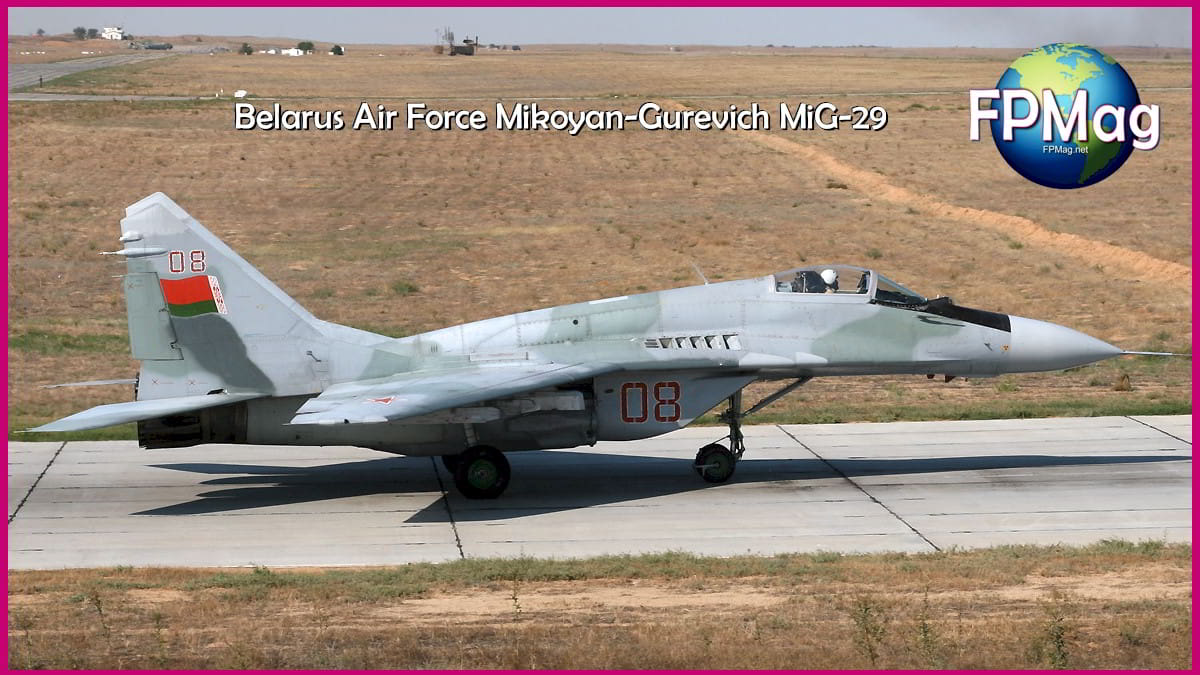 Upon landing at the Minsk airport, witnesses observed that the passenger list was reduced by at least four KGB agents who had been tailing Roman Protasevich. They are alleged by witnesses to have disembarked flight 4978 and did not continue to Lithuania when the flight  resumed.

“Kidnap, torture, beating and a fake video of Mr. Protasevich and his female partner made by Alexander Lukashenko’s KGB and other thugs,” according to family sources.

Mr. Protasevich was arrested and detained according to his father and has since then—despite rumours of his hospitalization—been seen in a video, reports his family.

Mr. Protasevich’s travel companion, said to be his girlfriend by the Protasevich family, Sofia Sapega, was also unlawfully arrested and detained from the flight 4978.

Experts asked by FPMag say “the gentleman in the video is wearing cosmetic make-up cover in this video”. These two plastic surgeons separately told FPMag they were seeing, unequivocally, “a possibly injured jaw, contusions on the forehead and hairline,  and a broken nose”. They had been given many photographs taken prior to this video being published.

Translators say Mr. Protasevich gave a statement in the video that contradicts most if not all of previous reportage and activist statements he has delivered in the past according to translations of his past blogs.

Mr. Protasevich had been reporting on the allegedly illegal activities and an apparently controverted election last summer, according to an expose by Associated Press, that dictator (since 1994) Alexander Grigoryevich Lukashenko claims he won with an 80% plurality but both exit polls and the Opposition claim he lost to Sviatlana Tsikhanouskaya for whom Roman Protasevich had been a dedicated campaigner.

Regardless of the reportage of Mr. Protasevich, the admissions of numerous election ‘poll captains’ have revealed their experience of being compelled to sign blank polling result forms which were later completed with an 80% majority win for Lukashenko. Other direct reports via Associated Press show worse election meddling.

In the video published on State TV, Mr. Protasevich said  “I am in Detention Centre no 1 in Minsk. I can say that I have no health problems, including with my heart or any other organs. The attitude of employees towards me is as correct as possible and according to the law. I continue cooperating with investigators and am confessing to having organized mass unrest in the city of Minsk.”

Confirming FPMag investigative efforts about the video, Mr. Dzmitry Protasevich, Roman’s  father, told Reuters that the video statement seemed to him to be coerced as well. 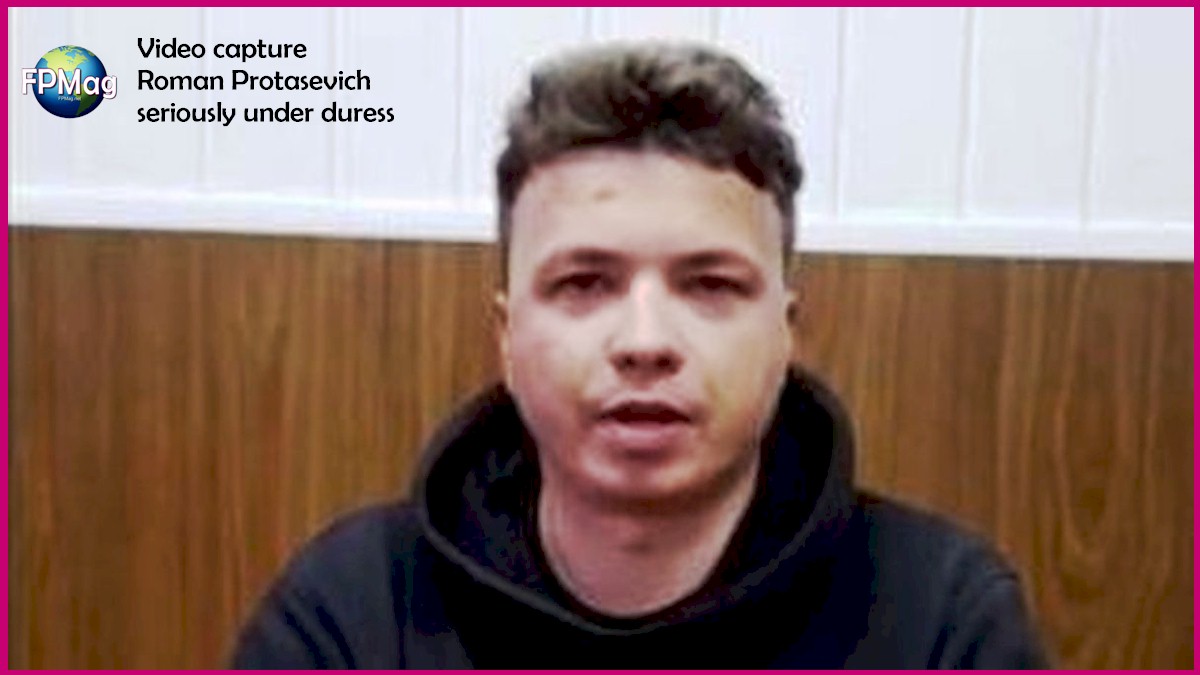