— The Gaza Apartheid Crisis has the potential to blow up into a large regional war, say several think tank spokespersons.

— A possible truce at 2:00AM Friday Morning could happen, say Hamas sources.

— Meanwhile, Israel’s security cabinet convened a meeting today and are contemplating a move to unilaterally cease fire within a day and at least by Friday midnight if it has completed its military objectives, according to Simon Baldock, an Israeli security analyst in Jerusalem.  Hamas had halted rocket firings for most of Thursday.

— FPMag sources among medical staff in Gaza say the Gaza Strip is already a humanitarian catastrophe.

— Hospitals are not able to do their work says a doctor at one of the largest medical facilities; infrastructure has been targeted and destroyed say EMS workers. Sanitation, water supply, and electricity have all failed, they say.

— Humanitarian aid including mobile hospitals from Jordan and supplies from the United Nations have all been blocked by the Israeli military according to Palestinian official sources.

— The International Criminal Court says it is seeing what amount to crimes against the Rome Statute according to a tweet by the chief prosecutor last week.

— Syria and Iran are talking about an intervention according to sources in Damascus close to the security establishment.

— Turkey has talked about giving Israel what amounts to a bloody nose for its massacre of Palestinian children.

— Russia has expressed worry about the security impact on its borders of the emerging war.

— Israeli bombing in this hour has set massive fires in Gaza.

Israel at the United Nations played the ‘Holocaust’ card today. To paraphrase Gilad Erdan who spoke on behalf of Israel: ‘Hamas are a bunch of Nazis protesting Israel’s attacks on a Mosque with rockets  therefore Israel has the right to bomb Palestinian refugee camps and Palestinian civilian apartment buildings.’

Last year, Erdan said, “The UN is risking the loss of whatever relevance and legitimacy it has left,” in a column for Israel Hayom, a daily paper owned by US Republican donor Sheldon Adelson. Erdan said the UN, if it doesn’t stop criticizing Israel, will simply lose its right to exist.

Israel at the General Assembly an hour ago implied the UN was guilty of wrongdoing and was supporting ‘Nazi-Hamas‘ and committing another Holocaust against Jews.

The United Nations has faced Israeli violence opposing its schools and refugee camps in Gaza. Today another two camps were bombed.

Matthias Schmale, UN Director of UN Camps in Gaza says that many buildings were destroyed in his camps, as well, water mains and sewer lines have been knocked out. 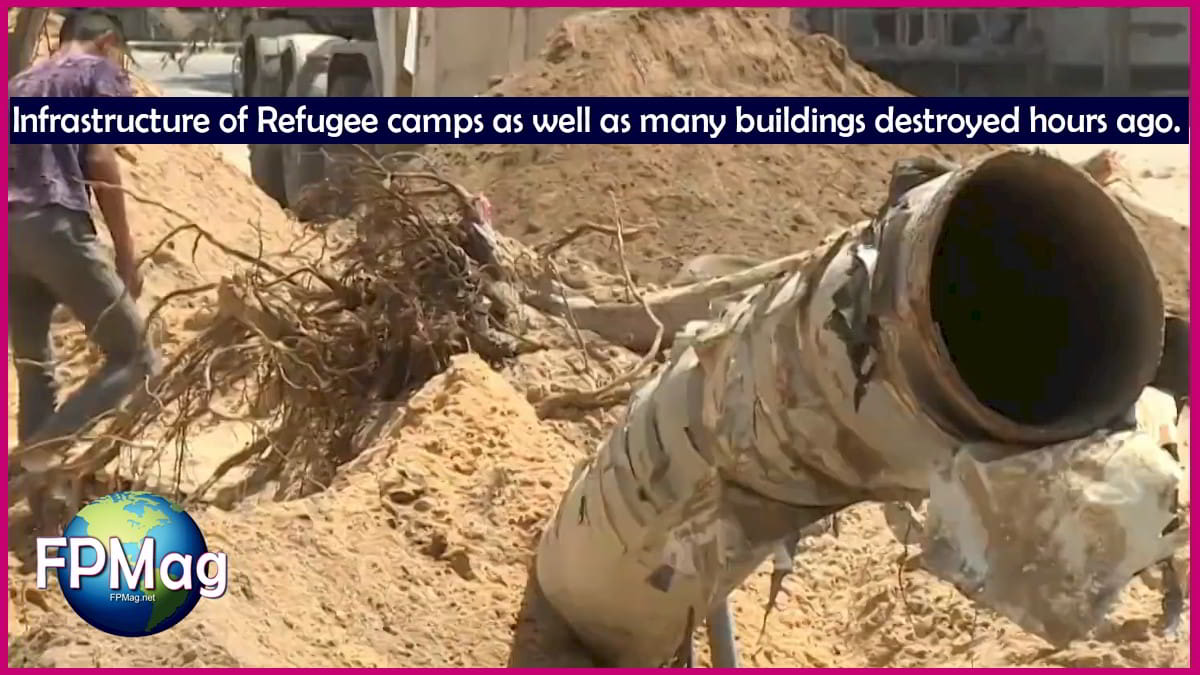 America has  blocked at least four attempts to have the UN Security Council issue statement calling for an end to hostilities.

Israel’s claims that Hamas has attacked Israel are bloated according to at least 30 witnesses across the country. Moreover, Hamas is not Palestine. It is an Israeli/American creation.

Watch: Bombing kids is not self-defence.

This video “Bombing kids is not self-defence.” can be seen on YouTube.

“If there is a hell on earth, it is the lives of children in Gaza,” Secretary-General Antonio Guterres had said.

The General Assembly meeting was requested by Niger and Algeria, on behalf of Organization of Islamic Cooperation and the Arab Group at the United Nations.

“It is imperative that we achieve de-escalation, to prevent an uncontainable cross-border security and humanitarian crisis,” said the Secretary General. 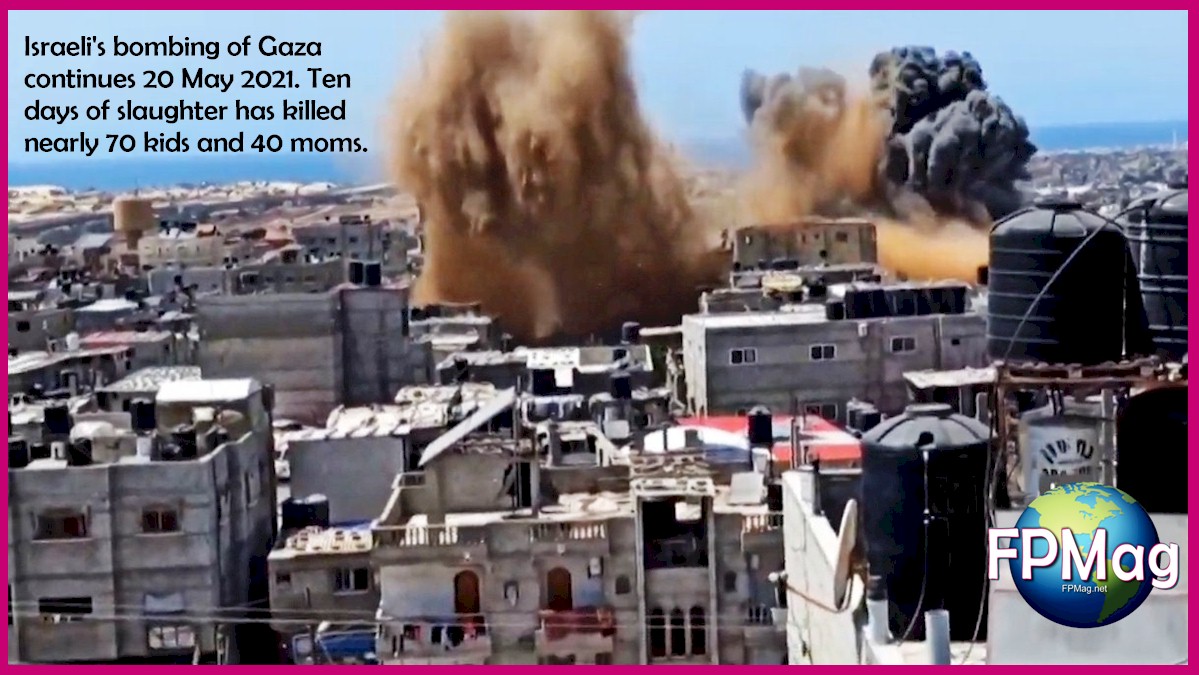 The General Assembly is hearing a lot of lies, hatred and verbal violence from Israel. Palestine sounds like a mouse.

Israel has been killing 20-to-1 the Palestinian civilians in Gaza including 70 children.

“What a disgrace,” Gilad Erdan attacked the UN Secretary General for calling a General Assembly over Israel’s violence against Palestinians in retaliation for Hamas attacking Israel with rockets which was the response of the Islamic extremists to Israel’s attack on a Mosque in occupied East Jerusalem; and the Israeli’s ethnic cleansing of Palestinians from East Jerusalem.

The angry Israeli diplomat, Gilad Erdan calmed himself a little to thank Joe Biden for expressing public support for Israel’s attacks on the Gaza Strip as a right to defend itself.  Israel’s bombing has taken the lives of some 70 children and many families that were bombed in refugee camps.

“He embarrassed me as an Israeli Jew,” said Baldock. “That was awful. Both Hamas and the IDF are totally in the wrong. They both are far past caring for the people they both claim to protect. Hamas, the IDF and Netanyahu all became the enemy of their own people.”

Joe Biden has drifted and delayed to allow Israel to complete its military objectives which involved serious war crimes and crimes against humanity including the mass murder of children and their mothers by bombing homes and refugee camps in Gaza,  says Amnesty International, the Human Rights Watch, the ICC, and the United Nations. 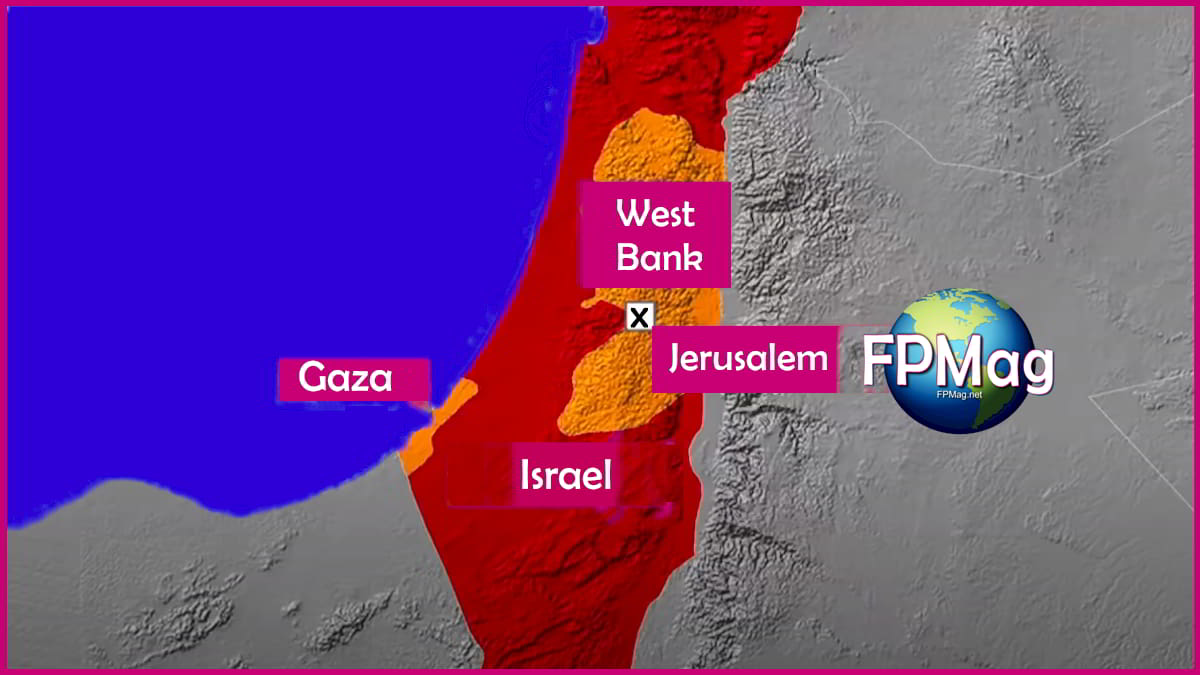 The article " Israel at UN justifies its bombing kids because Hamas is like Nazis despite truce at 2AM " was written by Author: Melissa Hemingway (Biography, Email) Senior Staff Writer and Associate Editor at Large
Contact Melissa Hemingway on Twitter ~ Facebook ~ Find on YouTube