Prelude to war. America saying there will be war with China?

America says there will be war with China if it invades Taiwan.

“America is banging the drums of war and taking steps that surely will destabilize the Asian South Pacific if not result in all-out war,” say worried voices in the Philippines.

North Korea’s Kim Jong Un has sought “unity and cooperation” with China in the face of challenges posed by “hostile forces”, according to KCNA and China’s Xinhua agency. Then on Thursday the DPRK launched two short-range ballistic missiles off the  DPRK’s east coast on Thursday, according to  Prime Minister Yoshihide Suga of Japan.
Yoshihide Suga tweeted, “I strongly protest and strongly condemn it.”

Japan says it is ready to go to war with China  as did South Korea during meetings with US Defense Secretary Lloyd J. Austin III last week.

According to both KCNA, DPRK’s official news agency, and China’s Xinhua news agency, Xi Jinping in his own message to Kim Jong-un described bilateral relations as a “valuable asset” to both countries and vowed to make unspecified contributions to the peace and stability on the Korean Peninsula.

As if there is not enough tension, a US Admiral says China will invade Taiwan “sooner than you think“, which means there will be war with China.

“A military takeover of Taiwan is the top concern in the Indo-Pacific,” said
US Navy Admiral John Aquilino during a Senate nomination hearing for command of U.S. Indo-Pacific Command, on Tuesday. 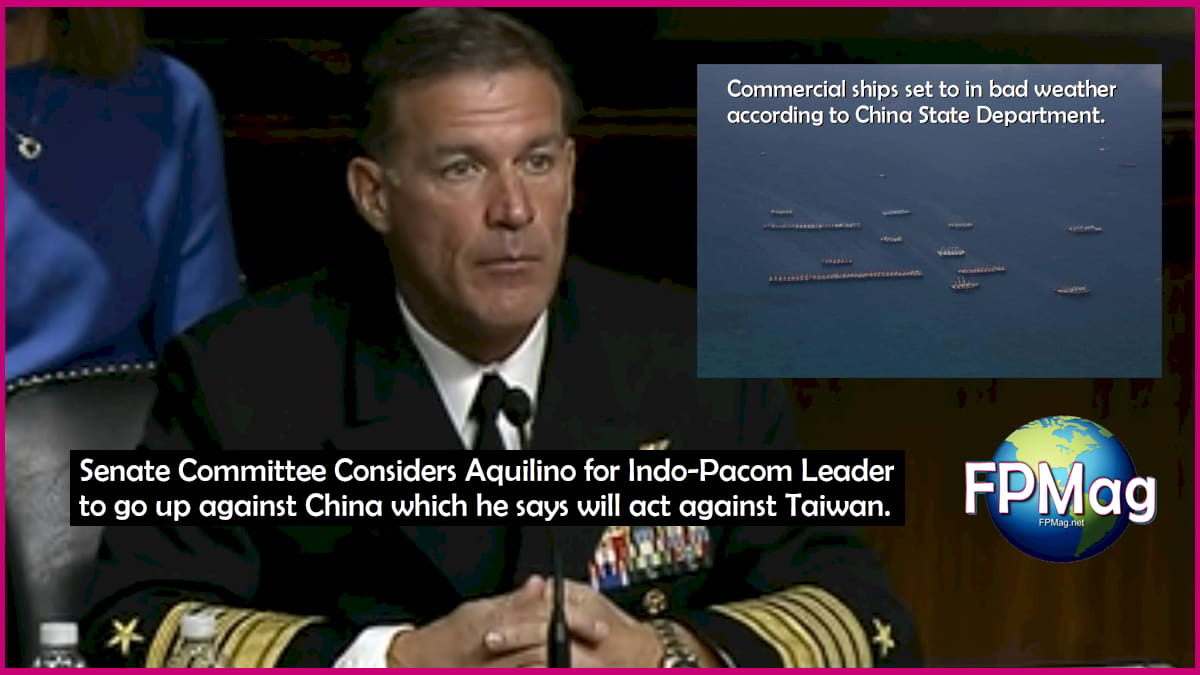 Part II of the testimony is particularly Germaine to this news story. Part I is available below.

Preparing for War is normal for America. Seeking War is abnormal?

China has again ordered its pilots and naval officers to not shoot first as American B-52s and 7th Fleet warships plus US Coast Guard vessels pre-position again to turn the South China Sea into a traffic jam, say informed sources in Shenzhen.

“The entire army needs to strengthen its performance so as to do a good job of ensuring a good start to the 14th Five-Year Plan, and of celebrating the 100th anniversary of the founding of the party,” Xi told People’s Liberation Army (PLA) and the People’s Armed Police (PAP) leaders, according to a 10 March report in the People’s Daily.

“Meanwhile America is beginning operations  24 NM off China’s coast, and conducting naval incursions into the reefs and islands,” say people on Diego Garcia familiar with the matter who were not authorized to comment and requested anonymity.

As American warships steam for the South China Sea, bigotry and violence across the United States’ American cities explode in violence against Asian-American communities, say daily reports from US media.

A Gallup poll in America conducted recently suggested that 45% of America see China as America’s avowed primary enemy. The poll was released on Tuesday.  Some 1,021 respondents were asked:

“What one country anywhere in the world do you consider to be the United States’ greatest enemy today?”

Growing tension between China and the United States, including America jumping on the bandwagon with the Philippines demanding China remove its commercial fishing vessels from waterways China is permitted to operate within, even if they are allegedly being China Marine Militia vessels.

According to the Asia Maritime Transparency Initiative, “five claimants occupy nearly 70 disputed reefs and islets spread across the South China Sea. They have built more than 90 outposts on these contested features, many of which have seen expansion in recent years.” 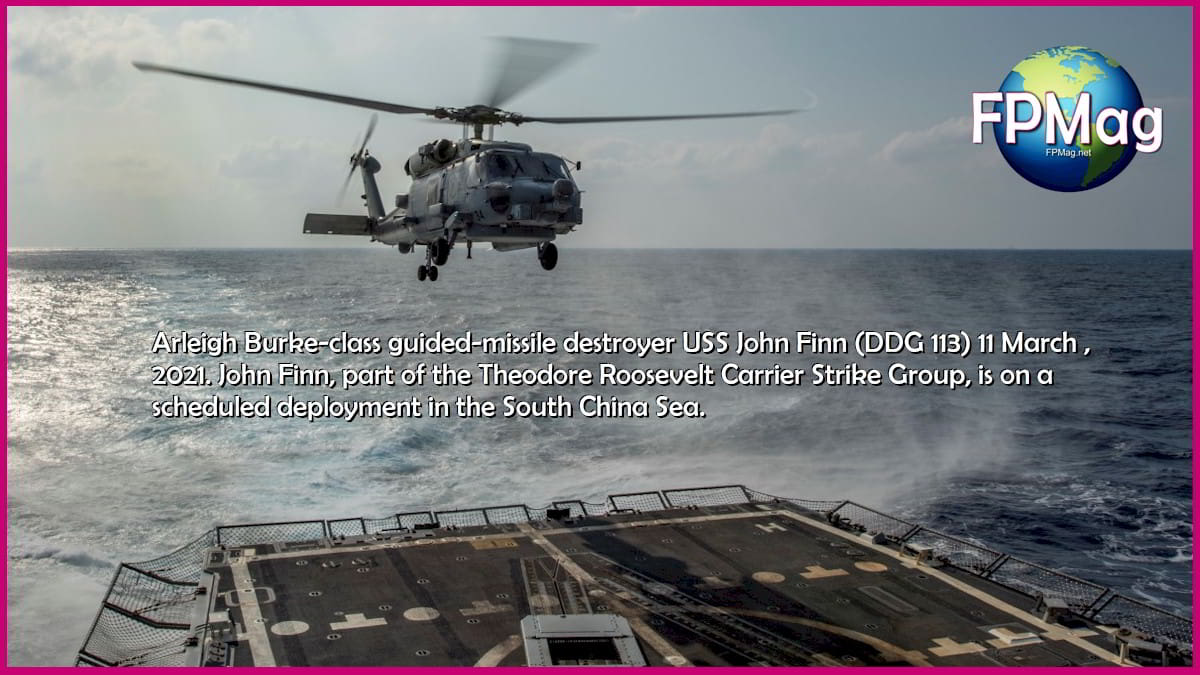 A girl-friend of a Chinese sailor aboard one of the controverted vessels, a young sailor who was previously living in Manila, working for a few months at a China-owned Manila Casino, told FPMag that commercial sailors had formated their vessels in rows to set-to in bad weather, but they got bored and put on a light show at nights, taunting Filipinos who had been “buzzing around  their position”.

“One crewman choreographed a smiley face while another played loud sounds on massive speakers, noises described as  barn yard animals’ sounds. The men were angry about murders and assaults against Chinese persons living in the United States, [translated].” While the source is close to the information, because she has been out to the vessels, does not want to be identified. She is not the only person who has been for a conjugal visit.

The vessels had recently helped build an addition to one of the Spratly reefs, a  3 square hectares concrete platform on southern edge of the ring-shaped Spratly coral atoll, according to commercial satellite footage.

Civil Society is blowing alarm whistles from Southeast Asian countries. The RINJ Foundation, a global women’s group with some 3 million members among the cell phone-toting Asian population in he South and East China Sea regions has proposed to most of the Parties and through the United Nations to all the Parties,

The blend of events that has the United States saying war is sooner than you think , allegedly caused the US Secretary of Defence to issue a joint statement with the Japanese and Mr. Blinken of the US State Department, to say, “China’s behaviour, where inconsistent with the existing international order, presents political, economic, military and technological challenges to the alliance and to the international community.”

Meanwhile, China is preparing for war. 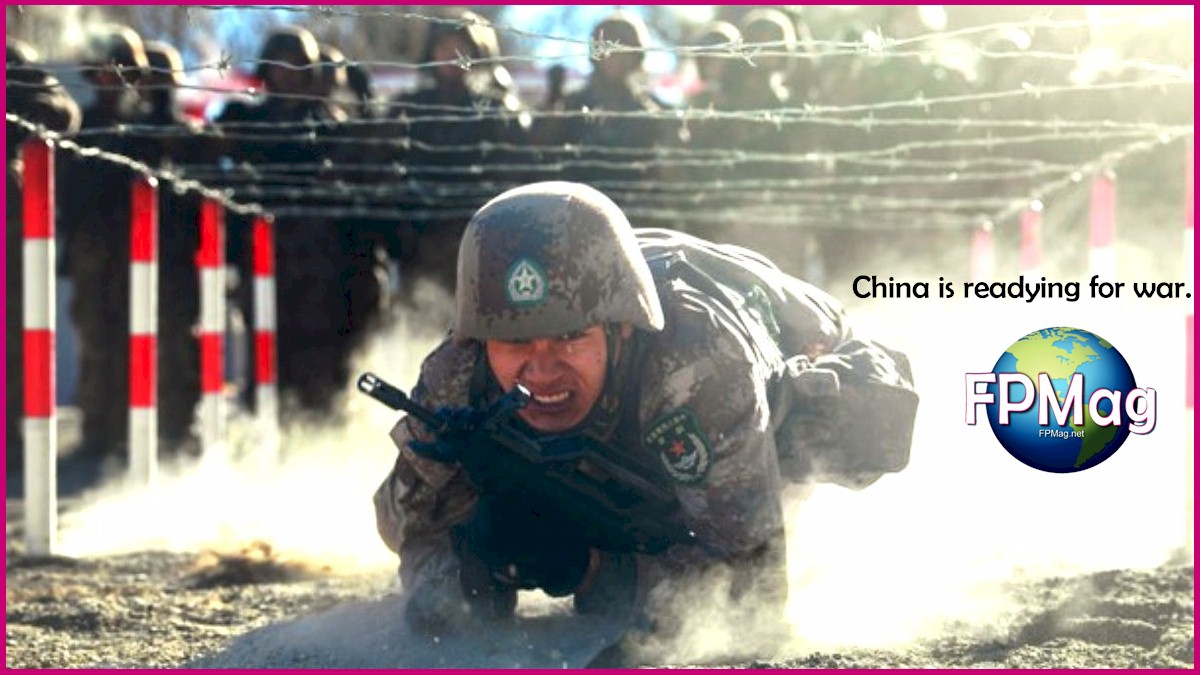