International Women’s Day is Monday but today… a commentary.

It has been a bad week for women, leading up to the most pitiful International Women’s Day on record. This pandemic has exacerbated an existing condition. Women and girls are on the decline.

And we are mourning lost or oppressed sisters; murdered or missing indigenous women; and beaten, raped and homeless refugee women and girls, like the Rohingya in Bangladesh and Myanmar.

If you want to be free, treated fairly, and enjoy the human rights entitled to males, you must be one.

Another three young journos in Afghanistan were brutally murdered this week.

Female journalists in Afghanistan are hiding themselves in order to avoid being murdered for being women and for being journalists following more than 15 murders in the recent three months.

“The voices of human rights defenders and media professionals should be heard more than ever. Instead, they are being silenced,” said the UN Secretary-General’s Special Representative for Afghanistan, Deborah Lyons. 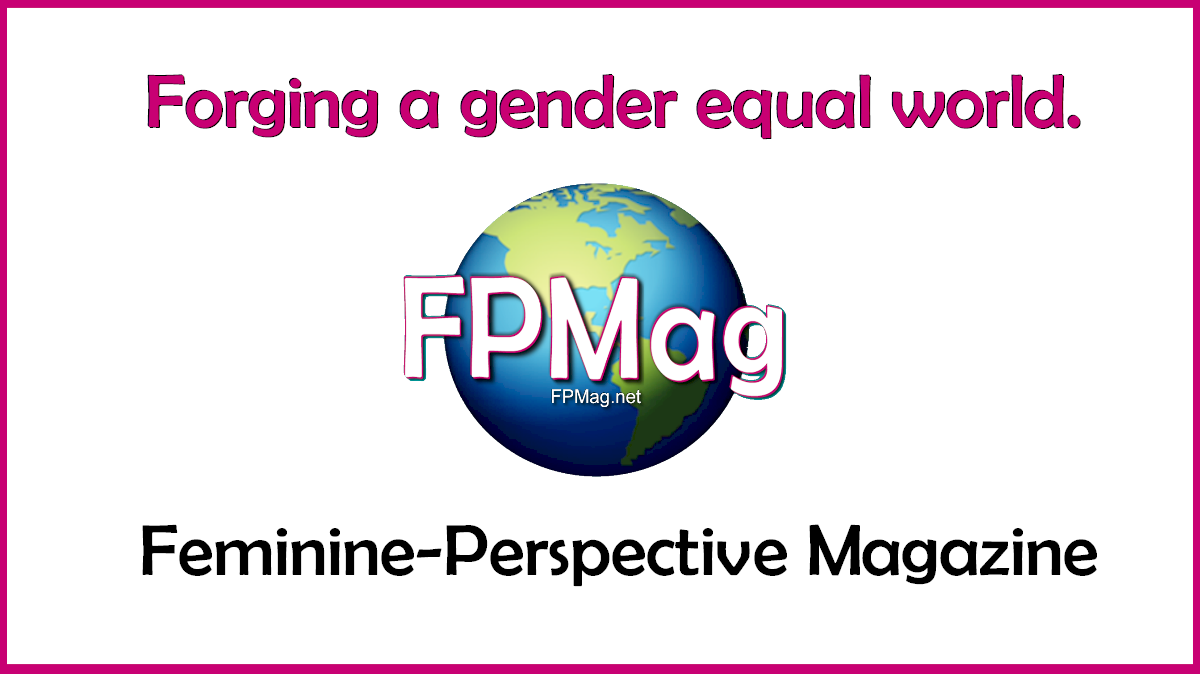 As February ended, Philippines opposition Senator Leila De Lima was in a political prison cell for the fourth year, while it seems from news reports that one after another bogus charge against her, has a prosecutor’s witness exonerating her. All members of the official opposition (I think there are six)  in the Philippines endure lawfare and persecution.

For exposing alleged government lies in Belarus, Journalist Katerina Borisevich will spend 6 months in jail in Minsk, Belarus. A protestor was seen to be beaten badly by security forces but government claimed he was in a drunken brawl. Katerina Borisevich’s information and report was that there was no blood/alcohol indication. She contradicted government. 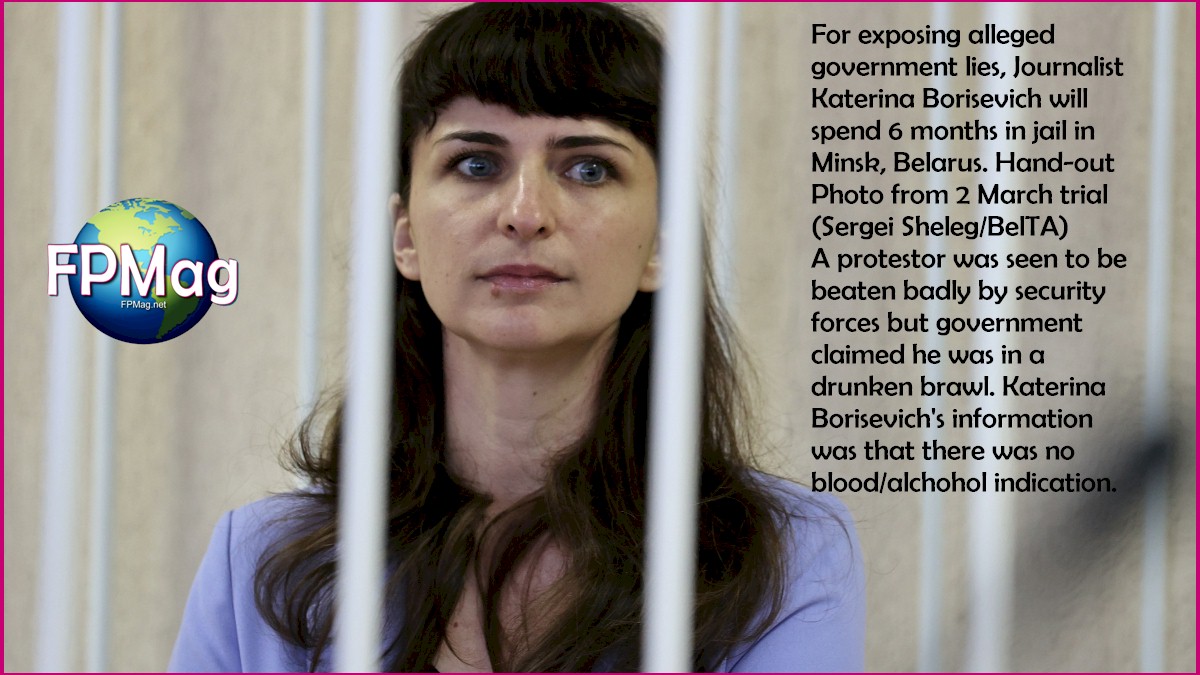 For exposing alleged government lies in Belarus, Journalist Katerina Borisevich will spend 6 months in jail in Minsk, Belarus. A protestor was seen to be beaten badly by security forces but government claimed he was in a drunken brawl. Katerina Borisevich’s information and report was that there was no blood/alcohol indication. She contradicted government. Hand-out Photo from 2 March trial (Sergei Sheleg/BelTA)
Art/Cropping/Enhancement: Rosa Yamamoto FPMag

Maria Ressa, Time Magazine’s 2018 person of the year,  also contradicted government. She was in court again this week, fighting for her freedom. She has repeatedly exposed the Duterte regime in the Philippines on issues like Extra Judicial Killings and the persecution and murder of journalists. She today faces up to something like a hundred years in prison, were she convicted on all the charges against her and the news organization she leads.

And then there’s Cuomo’s Womanizing

In New York, USA, Andrew Cuomo must be wondering about his future. But here is the thing. The guy is single. He is the consummate governor meaning that he has no life except, Governor. Every moment is a working moment.

When can he play?  If he was on a dating site, he would be crucified in the press. If he was rocking out some dancing millennials at ‘Strangelove’ or the ‘Rockwood Music Hall”, that’s what the New York Post would be talking about.

Charlotte Bennett said about Andrew Cuomo, “He was lonely. He was anxious. He was angry. And really isolated.”

Katie Alsop recently wrote, “If Governor Cuomo can admit his problem is greater than a remorseless ‘sorry’ and that he doesn’t really get it hence he will start therapy on Monday, and truly change his life, he should be forgiven on the evidence, if there is forthcoming evidence, of his changed ways and good behaviour as lives march forward into a more workable environment in that once sexist cock pit of an office he runs.”

So here is another point of view. The women in these situations have a responsibility too. Gender equality means that misconduct at the office must be slammed down immediately no matter the gender. Office affairs are a disaster. Step back. Step away. Stay away, from that disaster, gender equally. Well. That’s the rule of thumb the world over. Except in Hollywood.

Like men, women have sensitive issues to deal with at the office and generally in life. So handle it. If disrespected by someone, get in their face; put them on notice but be the one who treats the other with decency and respect. That is gender equality, not playing along with the “girl-friend-finding missions”, then whimpering to the media a year later.

Cuomo’s kissing is assault. He should have been charged. Let it go, and the kissed-one has de facto consented. When persons over four-years-of-age go around kissing people at the office in America, they get the ouster, maybe even arrested. Not even the “Candid Camera” folks did that. In Italy it’s a different story. The men like to kiss each other and say Buongiorno, some of the time, like when they are jolly or drunk on late lunch wine, or when they meet the Republican US President who ordered a war that killed a million Iraqis. 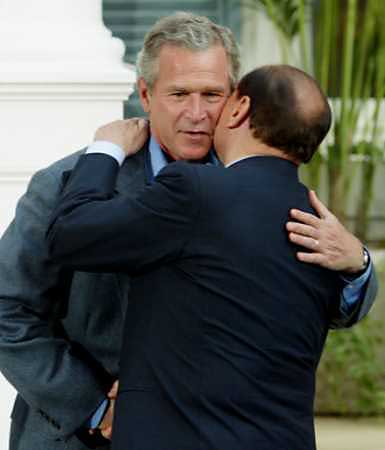 Bush and Berlusconi having some cheek kissing ‘while on the job’.

America, get a grip.

“He was lonely. He was anxious. He was angry. And really isolated.”

America is a country that throws its mental health patients in prison or in this case, fries them on the 6-and-11 news. Andrew Cuomo is a mental health case.

Cuomo needs sympathy, yes. He needs to be in therapy. As Katie says, ‘cognitive therapy and more’. But he has been assaulting women with his potty-mouth lips, for God’s sake. And on top of that, it now seems that he fiddled the books on the seniors’ deaths and my most wasted question to Mr. Cuomo was, “what else did you lie about”? I never got an answer.

That would be a nice International women’s Day 2021 gift to all women. Sack him. But it’s not going to happen. So get him into therapy, executive assistants and helpers, and he will serve out his time and let the voters do as they will when the time comes up, fairly soon.

But on his betrayals of trust and his abuse of authority, he is unfit for public office. But voters will decide, not me.

Happy International Women’s Day, 8 March, 2021.  I am not happy about how things are going but I hope you find something to smile about.

My mother used to bake a cake when she was getting a little blue with the state of the gender. I might bake a cake.