Good governance is not enough, the kiss was assault, Cuomo. Editorial comment from a feminist.

There is no impunity for that.

Vladimir Putin, President of Russia and Andrew Cuomo, Governor of the US state of New York, stand both accused of telling blatant lies about COVID-19 deaths because allegedly the truth would reflect badly on their leadership.

FPMag was told by the Civil Society for Solidarity against COVID-19 team tracking COVID-19 data all over the world, 24/7,  that New York had a controversial policy of not claiming the deaths of seniors who passed outside their facilities, expecting the deaths would be attributed to the hospital where they died.

“This is not unusual,” says Fred Harris, biostatistician and team leader. “It’s been a hundred years since the world has faced such a massive pandemic. For months, people had no idea what they were doing and simply managed as best they could. We see these mistakes and adjustments made all over the world. The adjustments are not always done and thus there is a bigger gap between the excess deaths and the reported deaths but in the end it will all be figured out. In the alternative there is a blip in the tracking graphs that looks wild. In all, these gaffs are common and they are made by honest people who like all of us at first, just didn’t know what to do. Nobody alive today has done this before at this scale.”

Former Andrew Cuomo aide Lindsey Boylan has revealed that Cuomo kissed her in a professional work environment. She did not want to be kissed. She did not consent. That’s an assault.

Charlotte Bennett explained to the New York Times that, “I understood that the governor wanted to sleep with me, and I felt horribly uncomfortable and scared. I was wondering how I was going to get out of it and assumed it was the end of my job.”

Anna Ruch is a member of the Democrat Party and by all accounts has a track record of being a very good executive staffer. She came forward recently in support of  acquaintances who have alleged they were sexually harassed on the job while working for Mr. Cuomo.

Wearing a backless dress she had felt the grope of Cuomo’s hand on her bare skin during a wedding party. She told this story to the New York Post,  and explained that, “I promptly removed his hand with my hand, which I would have thought was a clear enough indicator that I was not wanting him to touch me.”

Cuomo, instead of respecting Ms. Ruch’s wish not to be touched by the Governor, became assaultive when he took her face in his hands and asked if he could kiss her. She dodged that advance but it left her feeling vulnerable and furious.

Cuomo has a lot to learn about how the adulation of his fans, himself being the biggest, has messed up his mind.

Cuomo is an elderly man making criminal assaults on women. He is divorced and not as far as it can be seen, is Cuomo betraying any partnership when he stalks women in the workplace for sexual or romantic favours for his governorship, but making a contact of this nature is an assault. If Mr. Cuomo is given continued impunity for this conduct, it will eventually lead to a rape, says tons of case statistics The RINJ Foundation has collected over the years. Mr. Cuomo needs to realize he is in trouble. His mind is messed up and he needs therapy.

Let’s be honest. Cuomo has become an egotistical misogynistic bastard who allowed his ego and the adulation of his fans to take control of both his big and little brain while leading him to believe he is untouchable. He needs cognitive therapy and more. He must do that or accept that in the alternative he is unfit for public office.

The American patriarch has enough misogynists controlling women’s lives. Get to a therapist Cuomo and get to work on yourself.

I don’t want to believe that Mr. Cuomo deliberately lied about senior citizens dying on his watch.

At 63, Mr. Andrew Cuomo is himself an elderly man. If Cuomo did lie about those Seniors’ deaths, there may even be criminality to that. We will all need to hear the truth. If Mr. Cuomo is innocent, and did not lie, he does not deserve the attacks that are being made against him for that. Let the investigations proceed. There may be an explanation. Maybe not?

As for the flailing apology Cuomo made today, it was disgustingly devoid of remorse and a further condemnation of his mental status. He needs therapy. He should not take that advice lightly. His is a well known affliction to many women. 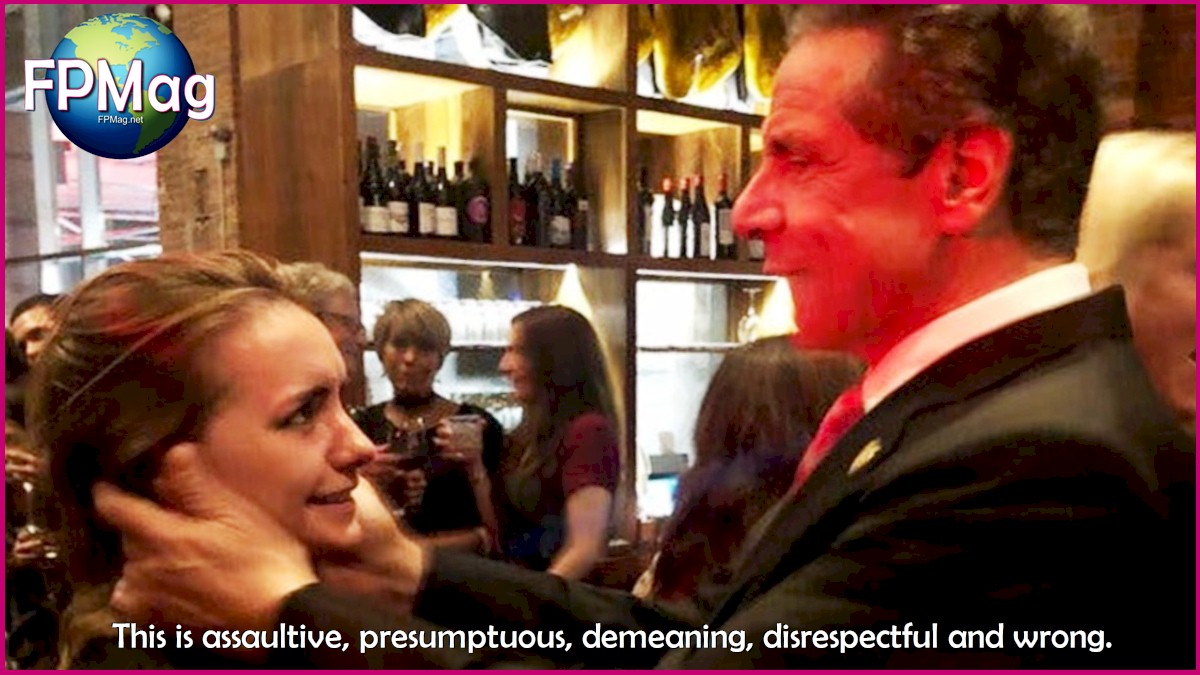 How can New Yorkers trust you @NYGovCuomo to lead our state if you “don’t know” when you’ve been inappropriate with your own staff?

“I now understand that I acted in a way that made people feel uncomfortable,”  said Andrew Cuomo in a broadcast statement Thursday at 1:30 PM local time from New York.

Balderdash. There is only one way out. Talk to a therapist, and start therapy ASAP.  The alternative is to face impeachment, having refused to resign.

Either way, Governor Cuomo also owes his adoring young brother, Chris, a humble public apology.  Putting siblings through this kind of hell is simply thoughtless, reprehensible and maybe unforgivable. Hopefully Cuomo’s therapist will explain that and what it says about who the governor has become.

Mr. Cuomo seems to be a good governor. New York needs the continuity of a good governor. Disruption in leadership now is a potential catastrophe for ordinary New Yorkers and that is more important than Mr. Andrew Cuomo’s career.

If Governor Cuomo can admit his problem is greater than a remorseless ‘sorry’ and that he doesn’t really get it hence he will start therapy on Monday, and truly change his life, he should be forgiven on the evidence, if there is forthcoming evidence, of his changed ways and good behaviour as lives march forward into a more workable environment in that once sexist cock pit of an office he runs.

The article " Good governance is not enough, the kiss was assault, Cuomo. Editorial comment from a feminist. " was written by Author: Katie Alsop (Biography, Email) Staff Writer Feminine Perspective. FPMag correspondent for the Middle East and Europe.
Contact Katie Alsop on Twitter ~ Facebook ~ Find on YouTube