An international stand-down treaty on the South China Sea

“Our aim is to relieve pressure from women and children and their families that the strife in the South China Sea has brought. Fishermen cannot fish. Fishermen and their families in Vietnam, Philippines and other regions are being assailed and even sunk by a bullied China which over reacts against American allies while China itself has been beset upon by the massive US military and navy. China is now acting like a bunkered mentality neighbour terrorized by a horde of bees in its bonnet,” said Geraldine Frisque, a spokesperson for the group.

The only military exception would excuse naval vessels traversing the region expeditiously or visiting stores replenishment depots bringing business to the Southeast Asian and East Asian regions, says the document.

“Yes, we are proposing that China remove active weapons including missiles from its islands and reefs,” but we do not propose that China’s ownership be questioned as that is already decided,” said Frisque in response to a question. “If removal disrupts a biding mutual defence purpose for all the users of the waterways, let’s hear that undertaking instead,” Frisque says the group decided.

“We know there are larger issues, and let’s be honest, this is a coalition of patriarchs run amok with no rational sense and no commitment to the ordinary billions of people in the region. There are arcane-thinking zealots in America who just cannot stop interfering in everything, claiming they hate China because of its bad human rights record, but America’s human rights record is ten thousand times worse.  America, like it destabilized the Middle East, is now tragically doing the same thing to South Asia.”

“There are inter-Asian issues that have not been resolved in the past 100 years and they may not be resolved in the next 100 years,” Frisque added. “But China cannot be enjoying what it owns if it must continue to destroy the environment by building monster rocket pads and missile batteries, always afraid of something the enormous American bullying military machine is doing. Meanwhile America’s bullying of China with up to three nuclear powered carrier groups butting heads with everyone, is  creating enormous unwanted tensions in  the region. This is pure racist schlock, and all Asians should be if they are not, vilely offended by American military presence and bullying,” she added.

A Stand Down Treaty

“Emotions are high on this matter, but a stand-down treaty that does not necessarily resolve the differences between parties claiming territory among the reefs of the SCS, but provides a basis for continued, unfettered and even enhanced trade among the Asian parties, is needed” said Katie Alsop, a founding director of The RINJ Foundation which at a recent conference claimed that the South China Sea has “become congested naval space” to the detriment of over 2 billion ordinary people.

“If the jingoistic male leadership of the region cannot put this together, perhaps women like Tsai Ing-wen of Taiwan could help broker a stand-down. We realize that none of the ASEAN nations want to offend either of the two warring parties, America against China—and they are certainly at war, smashing each others cyber security and  stealing each others secrets while America floats nuclear weapons into the bays and reefs of China’s islands,” added Alsop.

“There can be no appeasement for the American bullies because other than peaceful passage, they have no rights in the territorial waters of the Asian nations,” she added. “What we are talking about is a resumption of unfettered trade and peaceful enjoyment of protected space of South Asia and not a congested waterway filled with American naval nuclear death machines.”

Recent Events in the South China Sea are Patriarchal Jingoism

On 6 March 2021, the South China Sea was boiling in Philippines economic zone, churned up by the  significantly sized naval vessels of the Chinese naval  militia—220 of them assembled in a menacing formation according to photographs supplied by the Philippine Coast Guard/National Task Force-West Philippine Sea.

Philippines Foreign Secretary Teodoro Locsin waited until late Sunday, two weeks after the event, to say the Philippines has filed a diplomatic protest over the Chinese presence.

The Philippines Navy said it dispatched assets to unequivocally identify what reportedly some officials have worried might be poachers, but there has been no indication of the vessels being fishermen and in fact there has been no sign of any ability of these 220 large vessels to be able to fish.

“The AFP’s Western Command  dispatched Air Force and Navy assets to conduct air and maritime sovereignty patrols to further validate the report,” Philippines armed forces spokesperson, Major General Edgard Arevalo said on Sunday. “Appropriate reports were made and forwarded to other agencies of government through the General Headquarters of such monitored numbers of CMM. These reports are made bases of filing appropriate actions not limited to filing diplomatic protests,” he added.

The reef where the Chinese marine militia 200+ vessel formation was seen, is known to the Philippines as Julian Felipe, a shallow coral region about 175 nautical miles west of Bataraza in the Philippine province of Palawan.

On 15 March 2021, Japanese early warning systems detected a Chinese incursion and it scrambled aircraft to unequivocally identify intruders and provide the Japanese people with territorial defence.

On 19 March 2021, US Secretary of Defense Lloyd J. Austin III flew to South Korea to meet with the commander of U.S Forces Korea, Army Gen. Robert B. Abrams; and Chargé d’Affaires for the U.S. Embassy in Seoul, Rob Rapson as well as his ROK counterpart, Defence Minister Suh Wook of the Republic of Korea whom Austin met in Seoul, Korea. 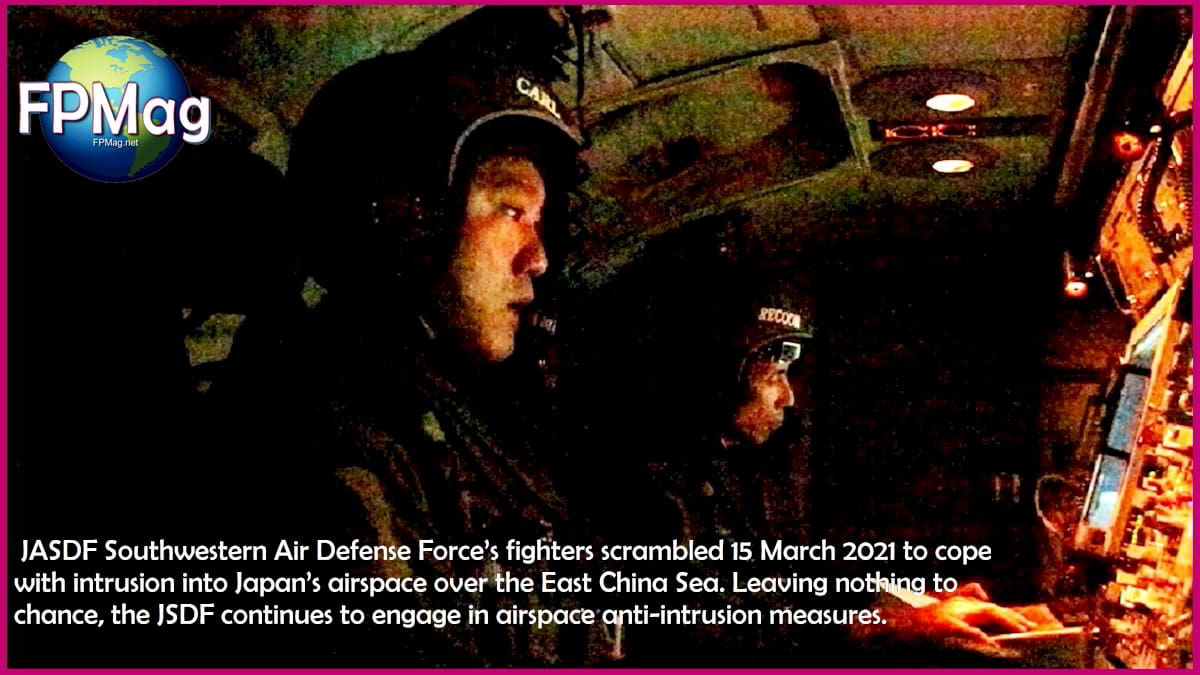 China’s  territorial sea extends like most countries to 12 nm; it’s contiguous zone is 24 nm; it’s exclusive economic zone is 200 nm and its continental shelf is at 200 nm or to the edge of the continental margin of its land mass.

Talking up some more war 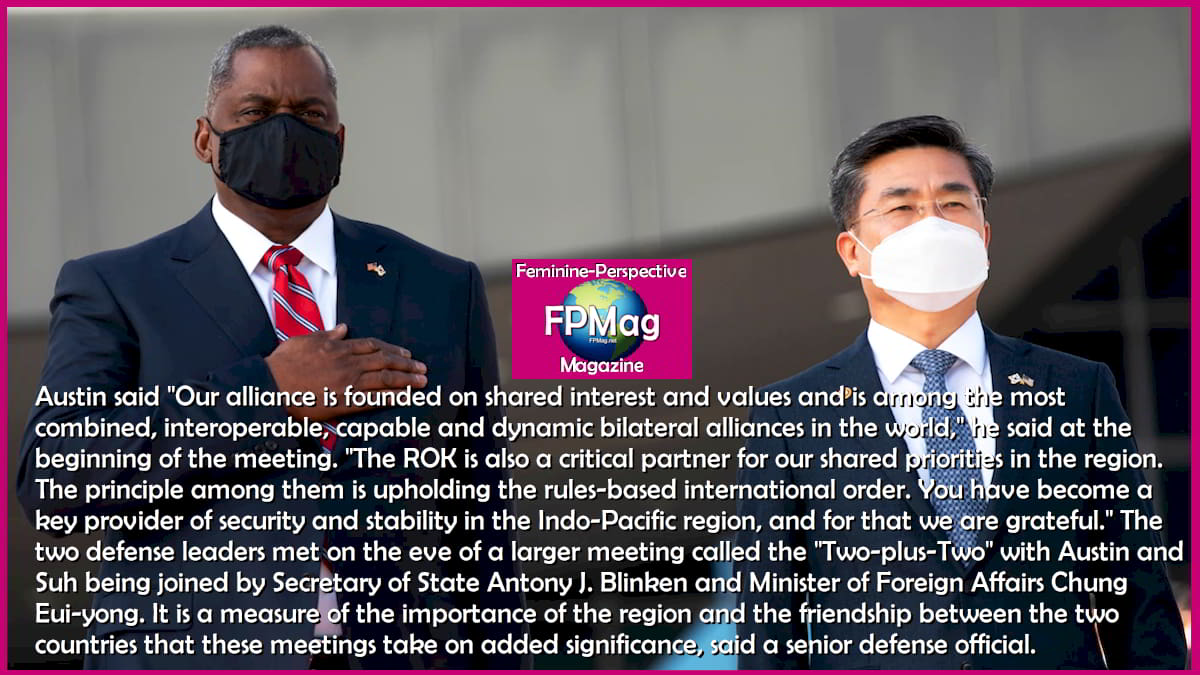 The United States has enormous military assets in the region including 28,000 military personnel in South Korea. The new Administration wasted no time in pissing off China and sending military leadership to the region.

US Secretary Defense Austin said in South Korea, on Friday about his meetings with the South Korean defence minister, “our alliance is founded on shared interest and values.”

“The ROK is also a critical partner for our shared priorities in the region. The principle among them is upholding the rules-based international order. You have become a key provider of security and stability in the Indo-Pacific region, and for that we are grateful.”

In a DOD release, the US said the two nation’s defence cabinet members met on the eve of a larger meeting called the “Two-plus-Two” with Secretary Austin and Defence Minister Suh being joined by Secretary of State Antony J. Blinken and ROK Minister of Foreign Affairs Chung Eui-yong. 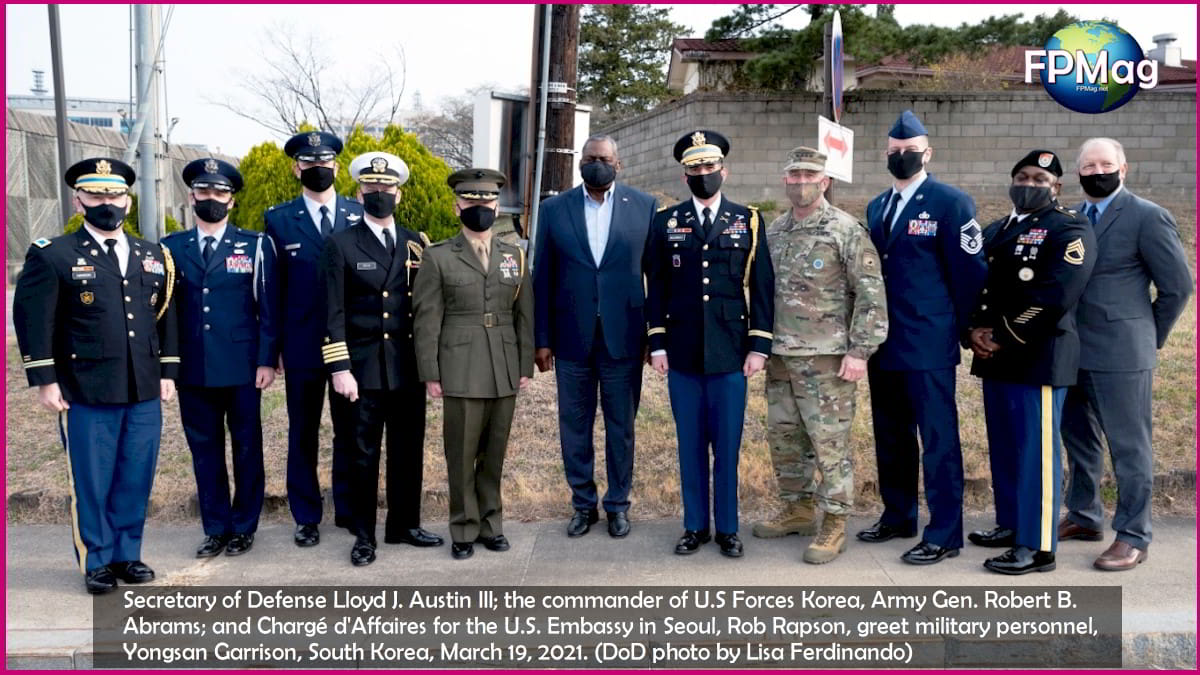 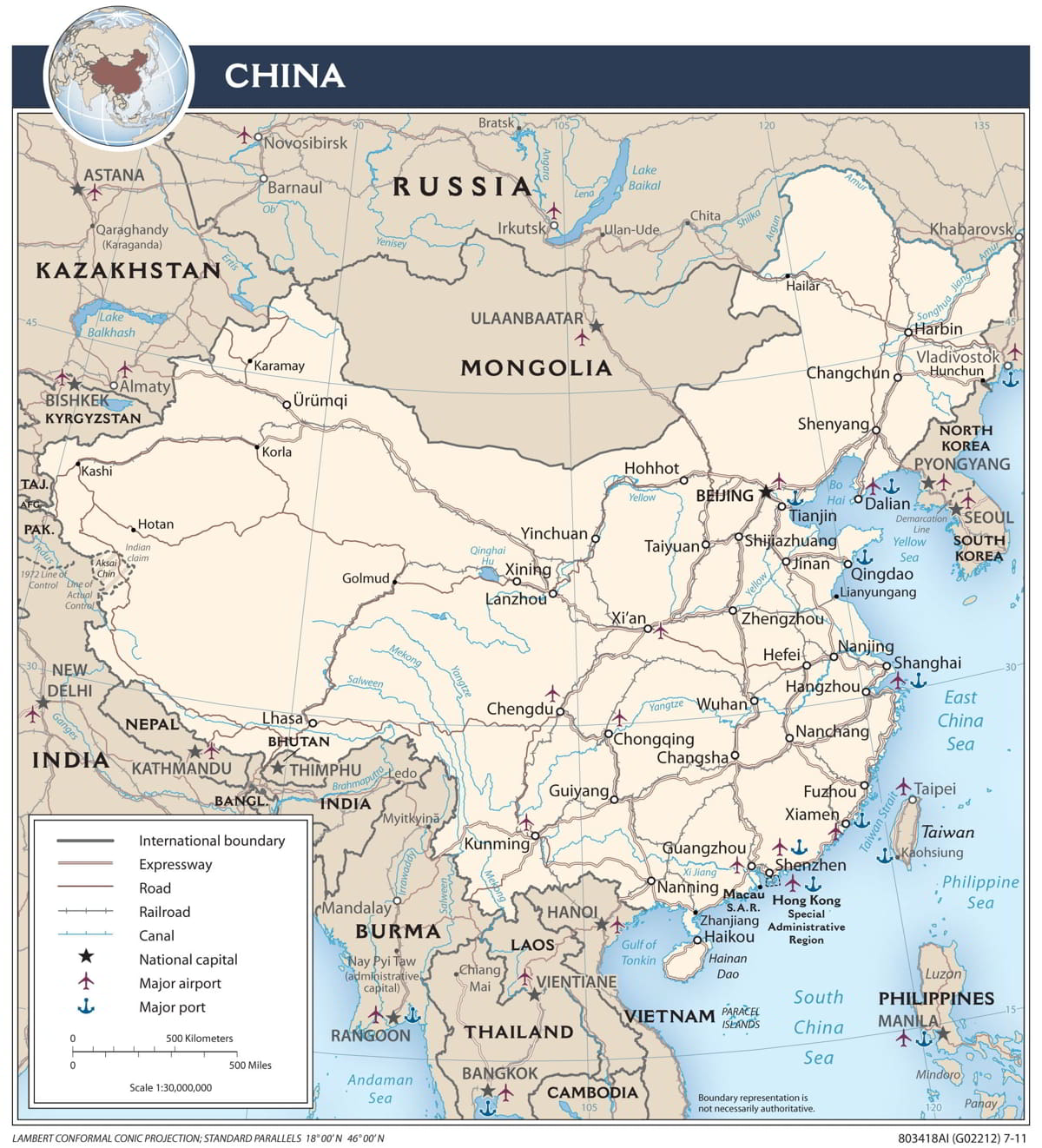