Who would believe that Catholic church clergy would fondle, molest, rape children in the ‘Indian Residential School System‘ expecting impunity because they were just “Indian kids”?

“Probably everyone who ever turned a radio or TV ‘on’ or read a newspaper,” answers Katie Alsop, a founding director of the global women’s group RINJ which has filed an ICC complaint against the RCMP and partners in the matter of the “Indian Residential Schools”.

Who would believe that the RCMP would attack the First Canadians who pioneered the search technology that revealed the unmarked mass child burial site at the former Kamloops ‘Indian Residential School’?

“All First Canadians, I suspect, but obviously Senator Sinclair, the former chair of the Indian Residential Schools Truth and Reconciliation Commission.”

Canadian PM deeply disappointed at the position the Catholic Church has taken on the rights of First Canadians to know what the RCs did to their children.

The elements of Canada’s crime of apartheid include:

1.) The intent to maintain domination by in this case a white racial group over an Aboriginal racial group,

2.) Systematic oppression of the first group over the latter, and

3.) One or more inhuman acts as part of that oppression. Watch the video below.

The RCMP, accused as a partner in the malfeasance that transpired at some, if not all, ‘Indian Residential Schools‘ is “investigating” the investigators of RCMP probable racist crimes, implies the retired Senator Murray Sinclair. He said the RCMP were, “simply intimidating people rather than helping them.”

The RCMP has denied this.

Murray Sinclair was a  chair of the Indian Residential Schools Truth and Reconciliation Commission from 2009 to 2015. He was also once a Canadian Senator. He told a House of Commons committee Thursday he was advised that the RCMP was launching an investigation into “the bodies that have been located in Kamloops. And they are now beginning to question those that have made this information available,” he said.

Senator (retired) Sinclair criticized the RCMP lack of sincerity, in investigating something that may turn out to be RCMP crimes. The RCMP had been the partner in the crimes which was enforcing the genocidal apartheid. RCMP officers removed the children from their homes. From their moms.

Mr. Sinclair added that it had come to his attention that the RCMP was “intimidating” people involved with the search. He also said Mounties should “not be pursuing those who are revealing information,” such as the Kamloops Indian Band researchers.

“This would not be the first time the RCMP has blamed the victims for the crimes against the victims,” says Dr. Anderson, of the RINJ Foundation, who has been in practice long enough to have met some of those victims as patients.

“The RCMP is under federal government control. That’s something the Prime Minister can do something about. The Catholic Church had been out of control for decades when it comes to the safety of women and children. The RCs are a male dominated cult which chooses to ignore our Canadian Prime Minister. Our PM raised this issue many times over the years with even the Pope. Meanwhile a first step in getting at the problems that we Canadians still live with is the racist, misogynist, women-molesting bigotry of the RCMP. It cannot be transformed. That’s been tried. This is 2021 and that patriarchal cult crap from the 1800s must be put behind us,” Dr. Anderson continued. 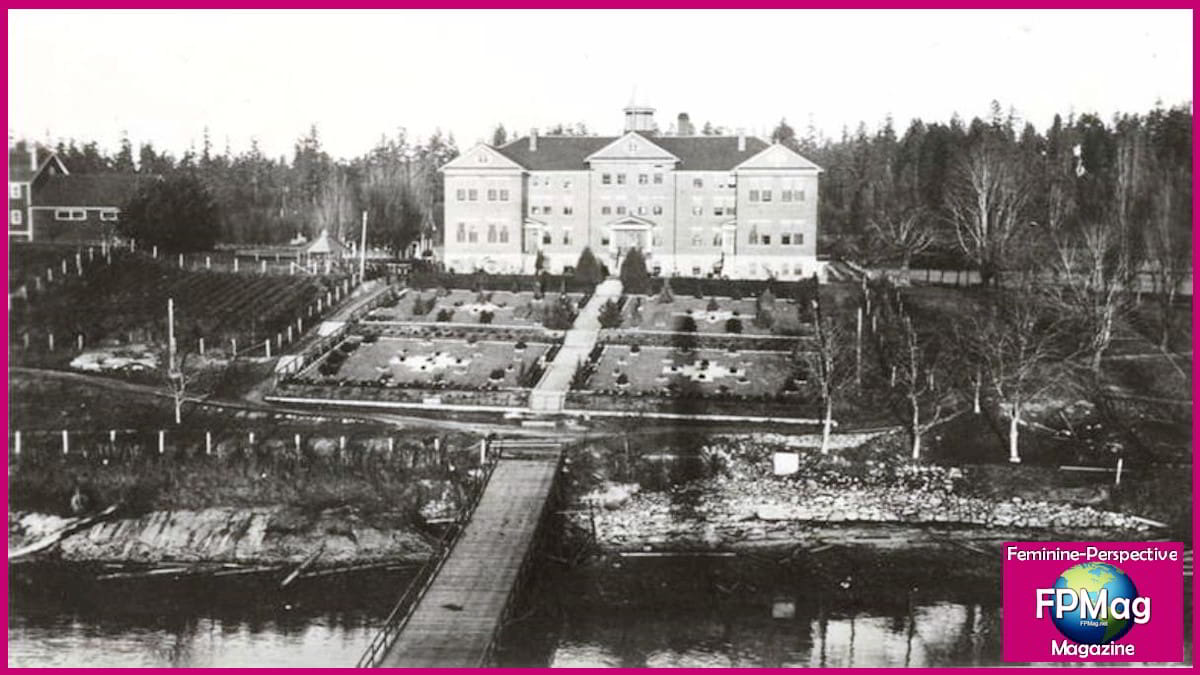 “Over 100 ‘Indian Residential School‘ grounds across Canada may need the special search technology used by the extraordinary Canadians of the Tk’emlúps te Secwépemc First Nation in Kamloops, B.C. to discover as many as 215 child human remains as young as three at the Kamloops Residential School,” says Geraldine Frisque,  spokesperson for the global women’s rights group, RINJ Women.

Ms. Frisque’s team has roundly condemned the Christian churches involved in running the schools as well as other partners in the macabre fetish of merciless assimilation, abuse and death of children while trying to “kill the Indian” in the indigenous child. (Watch the video below.)

In particular the Royal Canadian Mounted Police which was the enforcer of school attendance has come under the women’s groups fire for a long history of racism and misogyny, they say.

Ms. Frisque previously told FPMag that she and her colleagues believe the mass grave at the Kamloops ‘Indian Residential School’ site were murder cases caused by violence, malnourishment, sexual assault and other forms of abuse.

“Regardless of what forensic evidence may reveal, we want the RCMP disbanded and replaced by a gender-equal national police force that is guided and governed by more modern thinking on human rights. Some provinces may want to opt out and use the money they would have paid to the former RCMP to construct their own provincial law enforcement team, like the provinces of Quebec and Ontario have already done,” said the RINJ woman in a strong, published statement that was followed up with a complaint to the International Criminal Court.

The women want the sites of all schools searched using whatever technology is needed to determine conclusively if there are or are not any more mass graves of Canadian children at these locations. There are something like 130 schools, says Katie Alsop.

“We are also demanding that the Christian churches involved in the running of the schools serve up all records and witnesses available to help with the identification, circumstance and history of remains,” added Geraldine Frisque.

“The documents and child records must be shared with the Truth and Reconciliation Commission. It is indisputably crucial for Canadians to have the ability to know the identities of the children and how they died. The deaths of children are not to be allowed as mysterious events known to nobody. How can this be? Truth is the only way for closure. Even in the days since the news of the Kamloops unmarked mass burial site, old heartbreaks have been renewed and unrequited grieving is again drawing tears,” she said.

“These are mothers’ babies that a horde of evil vermin mistreated. Those mothers still alive and the living siblings and other family members have the right to know what happened to these mother’s babies, and who did these crimes.”

Take the time to watch the video as survivors tell their story.

A look inside Canada’s residential school system after the remains of 215 children, some as young as three years old, were found at a former school. More photos: https://t.co/c76JShhFc6 ?? Shingwauk Residential Schools Centre pic.twitter.com/MknE0ISL2k