Will USA July 4 celebrations bring a Delta COVID spike? Yes, and a case for Vaccination

“The risk is high for unvaccinated Americans if a family member attended July 4 Celebrations and came home infected with the Delta coronavirus variant. Get vaccinated,” suggested Dr. Anderson of The RINJ Foundation.

“Infection with the delta variant can happen easily by just standing in or walking by through the same air space with an infected person,” Dr. Anderson added.

“Because the highly contagious Delta variants (B.1.617.2 and even the B.1.617.2.1) of the 2019 coronavirus have reached the shores of the United States, the risk of sporadic regional outbreaks will likely be realized mostly among non-vaccinated Americans, by mid-July 2021,” predicts Monique Deslauriers, a Calais Maine public Health nurse currently in New York working on an infectious disease research project.

“We have already seen the incipient stages of Delta spread, but not as bad as Europe, yet,” she added.

“Putting millions of Americans into close proximity for Independence Day celebrations was a calculated risk. The political imperative for US President Joe Biden was to fulfill a political election promise. The White House now seems to feel that it cannot back down from its promise of unmasking into a normalized society for massive celebrations on 4 July, America’s Independence Day. And President Biden seems to believe and has as much as said that a major widespread surge in COVID-19 is unlikely. I agree with most epidemiologists who say regional outbreaks with devastating local impact in hospitalizations and deaths is unavoidable because of more contagious variants, but I feel certain there is statistical evidence proving that widespread surges will not happen—only sporadic regional hits—in highly vaccinated nations with over 60% vaccination rates,” says biostatistician and infectious disease researcher, Fred Harris.

“To stop the pandemic, the world must reach 70% vaccinated or better, fast, I should add, because until that happens, massive numbers of people will become infected and more nasty variants, even escape variants that resist antibodies, will likely emerge, so get vaccinated, people,” Dr. Harris added. 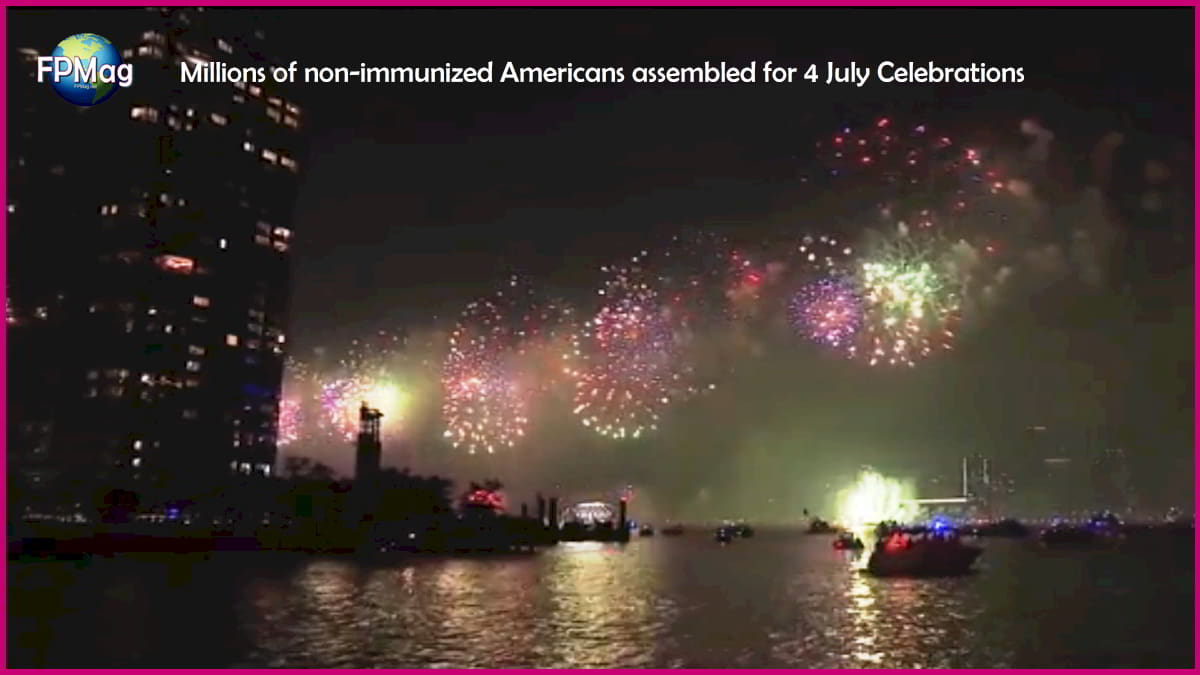 “Non-immunized patients will become very sick if mingling in crowds without serious PPE,” is what  Dr. Nassima al Amouri told FPMag on the weekend, from Syria, where little is known about the extent of COVID-19 infections across the country but like 85 other nations, Syria has seen the Delta variant.

How easily does the Delta Variant Spread? Fleeting contact is all it takes.

Sandra Ellingsworth reports from Sydney, Australia that a startling piece of research in New South wales has indicated that according to Premier Gladys Berejiklian, “Literally, people not even physically touching each other but fleetingly coming into the same airspace has seen the virus transfer from one person to another,” the Premier said, referring to the highly contagious Delta variant.

“That’s how contagious the Delta variant of the SARS-COV-2 has become,” said Sandra, who recently returned home from Myanmar where she had operated as team lead on a RINJ Foundation HIV testing project.

FPMag asked Monique Deslauriers how celebrations were going and she said, “The Chicago Youth Symphony Orchestras just knocked the wind out of me and brought me to tears of pride…I hope those youths are all vaccinated.”

Remember where New York was a year ago? This is New York City coming back. Can you feel it? 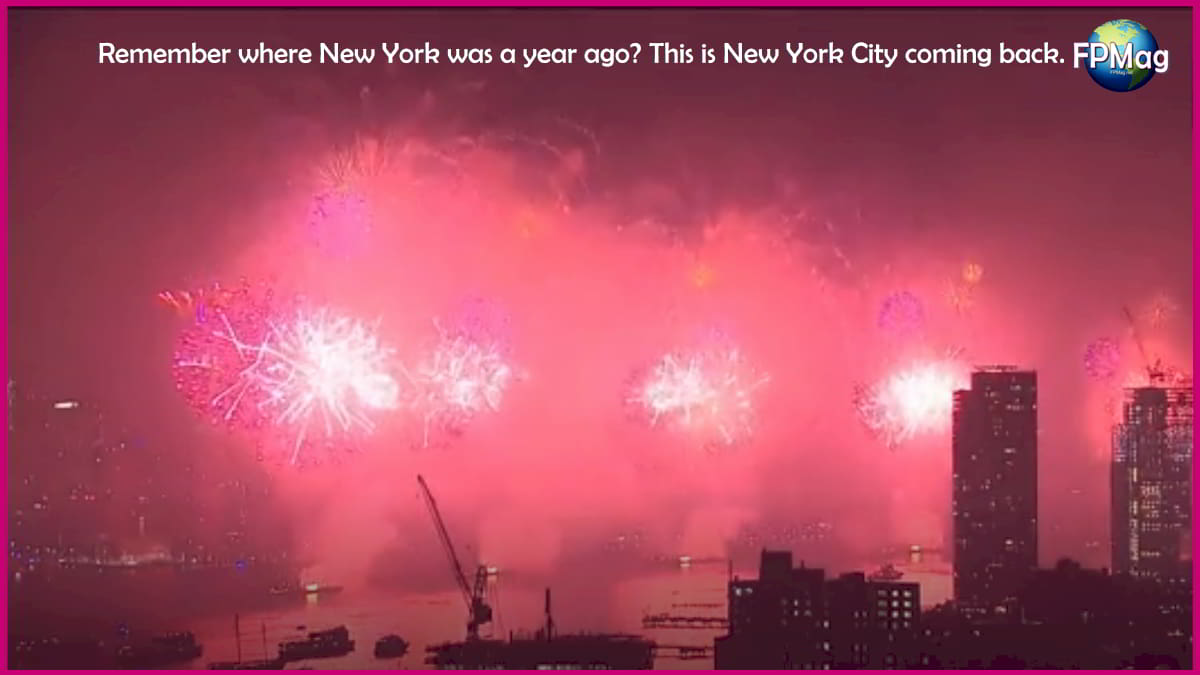 Remember where New York was a year ago? This is New York City coming back. Can you feel it? New York Fireworks, 4 July 2021. Photo Credit: Source supplied, Monique Deslauriers. Art/Cropping/Enhancement: Rosa Yamamoto FPMag

In order to avoid letting countries that refuse to report the sum of case recoveries, thus skewing global calculations, Burundi, Belarus, Belgium, Bosnia and Herzegovina, Britain, most provinces of Canada, Ecuador, FaeroeIslands, Falklands, Finland, France, French Polynesia, Hong Kong, Iceland, Mongolia, Laos, Netherlands, Norway, Peru, Portugal, Puerto Rico, Ukraine, South Korea, Tunisia, Sierra Leone, Sudan, Spain and Sweden 'recoveries' are estimated based on the current reported global recoveries as a percentage of all cases. (([reported recoveries]) divide (548,232,792 [Global Reported Sum of All Cases] less 29,596,809 [France Sum of Cases] less 901,739 [Ecuador Sum of Cases] less 12,681,820 [Spain Sum of Cases] less 8,152,778 [Netherlands Sum of Cases] less 2,515,769 [Sweden Sum of Cases] less 3,613,464 [Peru Sum of Cases])) = 96% a coefficient which is then adjusted according to the number of cases in the past 30 days and the new coefficient is applied to the sum of each of these nation's cumulative cases to estimate the missing recoveries data. In the case of France some additional hospital-sourced recovery data is factored.