MAKS Aerospace Show: Arms Race led by America is in high gear. Can it be stopped?

The 25 March 2021, attempt by US Senator Edward J. Markey (D-MA) and Representative Ro Khanna (CA-17) to successfully pass a bill, the “Investing in Cures Before Missiles (ICBM) Act”, may be an indication that humanitarians and activists are not alone in their worry about the direction the human race is heading.

The Pentagon’s new $93-96 billion intercontinental ballistic missile (ICBM) would be cancelled by the Bill and the US government would “direct those savings towards development of a universal coronavirus vaccine and towards the battle against other types of bio-threats,” according to Will Lowry writing for the Ploughshares Fund.

With global tensions rising and military spending heading to a new spiral, humanitarians say they are worried about the dangers imposed on families around the globe, as medicines and food take a back seat to reciprocating cyber attacks that slam into the lives of millions of ordinary civilians; a renewed and as yet unopposed nuclear weapons race; bigger budget expenditures for nastier weapons systems that suck money away from human needs; and a colossal new arms race and space race that includes nuclear weapons in more countries on Earth and in space.

“America is now driving a renewed arms race with both China and Russia, with a $2 trillion dollar budget to upgrade its nuclear weapons, over time, and massive development of  naval, air force and ground force technologies with a concomitant asset buildup,” suggested Simon Baldock, a security analyst based in Tel Aviv, Israel.

New risk reduction and arms control arrangements with Russia and China are on the back burner?

The US Arms Control Association on 9 July expressed much chagrin at what it says the Biden administration’s  first budget request proposes to continue every part of the “unnecessary and unsustainable nuclear weapons spending plans it inherited from the Trump administration. This includes the controversial additions made by President Trump to the Obama-era program, such as additional, more usable lower-yield nuclear capabilities,” said the report. “The request is also inconsistent with President Biden’s stated desire to reduce the role of nuclear weapons in U.S. policy and seek new risk reduction and arms control arrangements with Russia and perhaps China.” 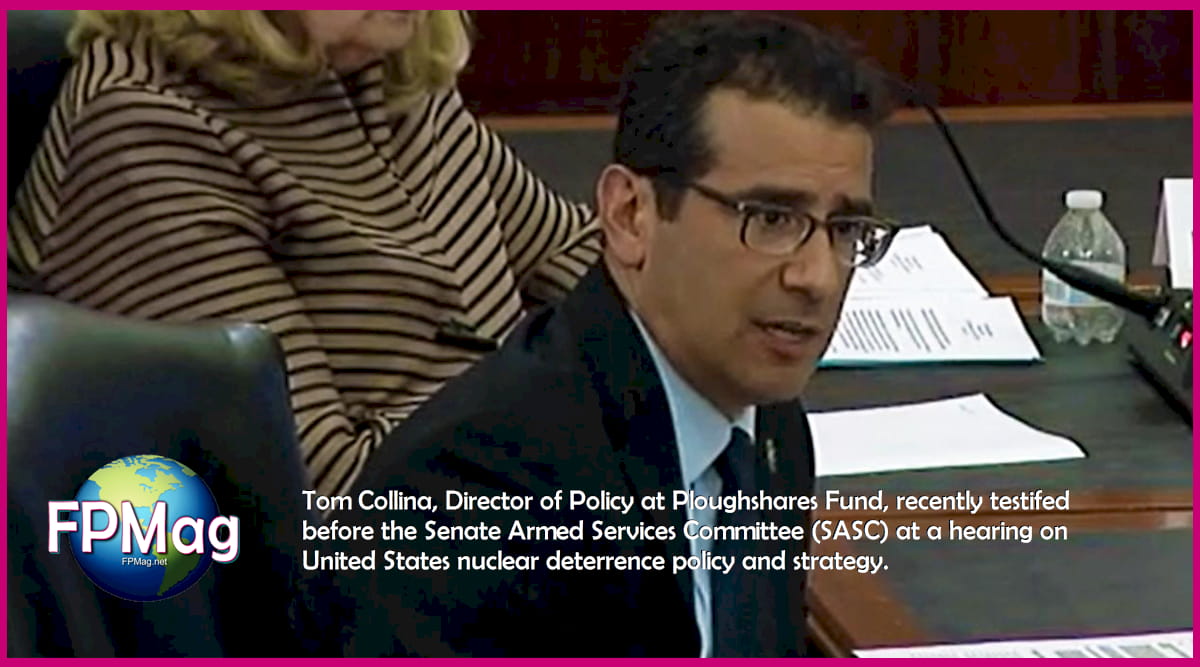 Last Friday, FPMag while speaking to a priest in Venezuela about the pandemic outbreak, poverty and homelessness in his country, heard about the dire circumstances of the Venezuelan people, not the political ‘characters’ but the ordinary people that priests and humanitarian workers must try to help every day. “The whole world has gone bonkers with hatred, racism and disparities in caring, between the haves and the have-nots”, he said.

Along that line comes a rhetorical question from a humanitarian.

“How many vaccinations could have been delivered and how many hungry people could have been fed, with the money that was used to send Jeff Bezos, the 57-year-old founder of Amazon, to an altitude of 250,000 feet and back to Earth in ten minutes,” asks Katie Alsop, a founding director of The RINJ Foundation.

“That sounds cynical but the huge disconnect between American billionaires and hundreds of millions of people facing war, hunger and disease-pandemics is monstrous.”

“Civilian use of space is an important goal,” she continued, ” and demilitarizing space is extremely important but at this time when climate change, pollution, hunger and disease threaten the existence of the human race, priorities are upended,” she said during a break from a planning session with ‘Board’ advisors in Europe.

Her meeting was intended to provide guidance to the global women’s rights group, The RINJ Foundation, and some partners, on issues facing humanitarians and activists in the 21st Century with a particular focus on both the ‘Space Race’ and the ‘Arms Race’, and their impact on social programmes and global values.

Today Russia revealed a new multirole military aircraft capable of continuous supersonic flight it intends to produce in a planned production run of 300 units.  The Kremlin also plans to offer the aircraft for sales to its partners, allies and friends.

Video: Vladimir Putin at the MAKS 2021 international air show which opened Tuesday and will run from July 20 to 25 in Zhukovsky outside Moscow.

“If you remember, [Russian President, Vladimir Putin] has repeatedly said that, unfortunately, we have observed a gradual dismantling of the entire documental system of strategic security in the past decades and even over a longer period,” Kremlin Spokesman Dmitry Peskov said on Tuesday. commenting on a statement by the US Department of Defence on Russian armaments and whether this posed a risk for ‘arms parity’, reports Tass News agency.

“What’s more,” Mr. Dmitry told Tass, “we have been confronted with certain steps by the United States and NATO that have actually impaired the existing parity: this relates to (a) creating ballistic missile defense positioning areas, (b) deploying interceptor missile systems in Romania and other countries in the close vicinity to our borders. These are the systems that can also launch strike missiles.”

“All these steps have been taken to dismantle the exiting parity. This has required measures to ensure Russia’s security and guarantee the continuation of the existing parity. This is what has been done,” Mr. Peskov said.

Russia’s Defence Ministry announced on Monday that the Russian frigate, Admiral of the Fleet of the Soviet Union Gorshkov had successfully test-launched a Tsirkon hypersonic missile at a ground target. The missile flew at a sustained Mach 7 speed for a distance of over 350 km. In the release, the department of defence said it  intends to outfit its submarines and surface ships with the Tsirkon hypersonic missile.

Pentagon Spokesman John Kirby said at a news briefing earlier Monday, in the context of Russia’s developmental launch of the Tsirkon missile from the frigate Admiral Gorshkov that “Russia’s new hypersonic missiles could potentially lead to destabilization and pose a significant risk because they can carry a nuclear charge.”

It was this statement of Mr. Kirby to which Mr. Peskov was responding, according to the Russian foreign affairs office.

Two goliaths facing off in the South China Sea

“Meanwhile China continues a massive buildup of its Navy in response to the USA’s hundreds of military bases surrounding China and America’s large naval presence around China,” notes Mr. Baldock.

“Current Chinese military asset production schedules for advanced missiles, enormous land assault warships capable of carrying massive numbers of troops and their equipment, roughly the size of an aircraft carrier, and actual aircraft carriers plus their protection armadas, one might think China acts like it is struggling to keep up with America or in the alternative, China seeks to replace America’s global dominance, neither of which seem likely,” added the Israeli security analyst.

US defence Secretary Lloyd Austin told the Global Emerging Technology Summit of The National Security Commission on Artificial Intelligence last week that, “Tech advances like AI are changing the face and the pace of warfare,” said Austin, referring to China’s edge in Artificial Intelligence (AI) and the Pentagon’s wish for more funds to develop that technology while at the same time fighting off all forms of human data collection on the US population. Secretary Austin’s remarks can be read here at the Department of Defence.

“China’s leaders have made clear they intend to be globally dominant in AI by the year 2030. Beijing already talks about using AI for a range of missions, from surveillance to cyberattacks to autonomous weapons,” said Secretary Austin. Hence, he added, “In the AI realm as in many others, we understand that China is our pacing challenge.”

“It’s a tit-for-tat world today, between America and China; and between Russia and America,” concluded Mr. Baldock.

“And none of the sides have the perfect color of right, when they spend trillions of dollars to hurt humans instead of doing some good with that money, as the human race faces inevitable extinction on its current path.” he added.

The article " MAKS Aerospace Show: Arms Race led by America is in high gear. Can it be stopped? " was written by Author: Melissa Hemingway (Biography, Email) Senior Staff Writer and Associate Editor at Large
Contact Melissa Hemingway on Twitter ~ Facebook ~ Find on YouTube