America entering a third CoV wave because Americans are not duty-bound?

An 89-year-old grandma explained to Melissa what drove vaccinations in the 1950s. “This was important for communities with children who contracted polio virus. It was like the war. People were duty bound to fight an awful enemy of all of us, by getting vaccinated,” she said.

Today the United States has just under 30% of all the world’s active COVID-19 cases. The number of active cases of the disease is growing again after many weeks of decline in numbers. Some American scientists are saying that the surge is related to the Delta variant infecting the unvaccinated population of the USA.

America’s neighbour, Canada, has already far exceeded the percentage of available population that is vaccinated compared to America, despite Canada’s late start owing to the fact the nation is not a producer of vaccines.

The country north of America has very few active cases, under 4500 while America is 1,000 times worse off at 4.5M according to CSPaC and the New York Times.

CSPaC in Singapore, an international Civil Society effort, has been tracking the Coronavirus since the late summer of 2019 in the mainland countries of Southeast Asia until now as the disease circulates viciously in most of 251 nations, territories and autonomous regions as a mutation of the original zoonotic occurrence of the SARS-CoV-2 root virus back in 2010 in Laos/Cambodian regions and more so in the summer of 2019.

by Melissa Hemingway with Micheal John 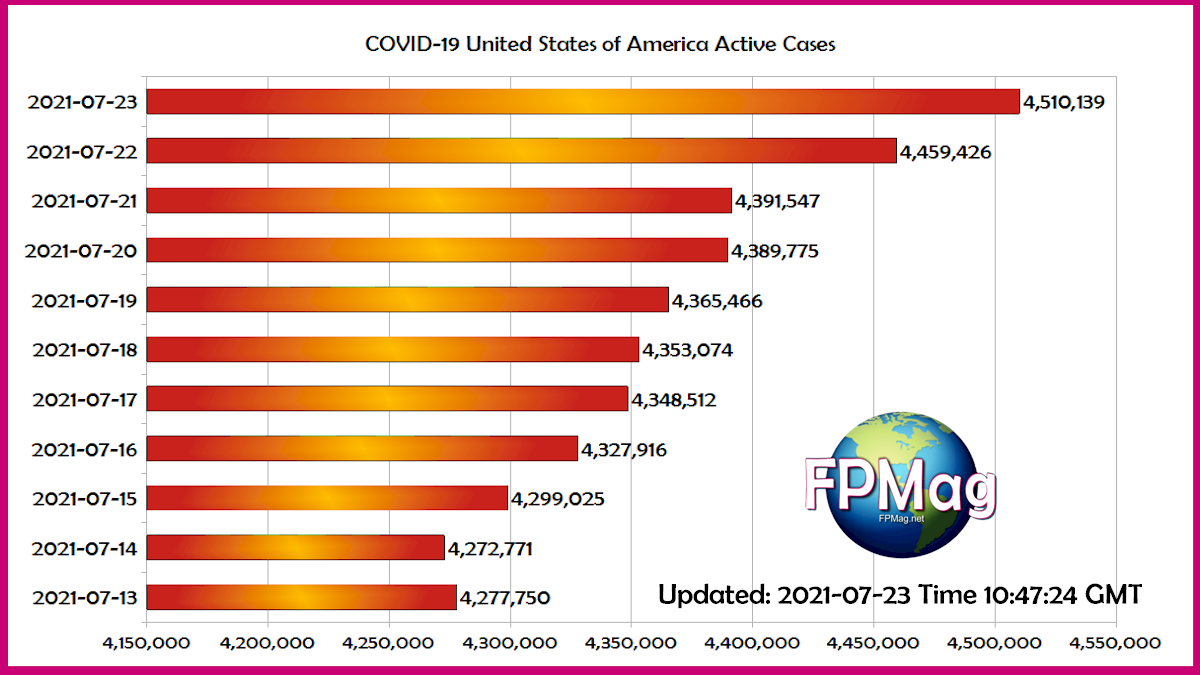 Recent American Active Cases of COVID-19 are climbing at a scary rate. 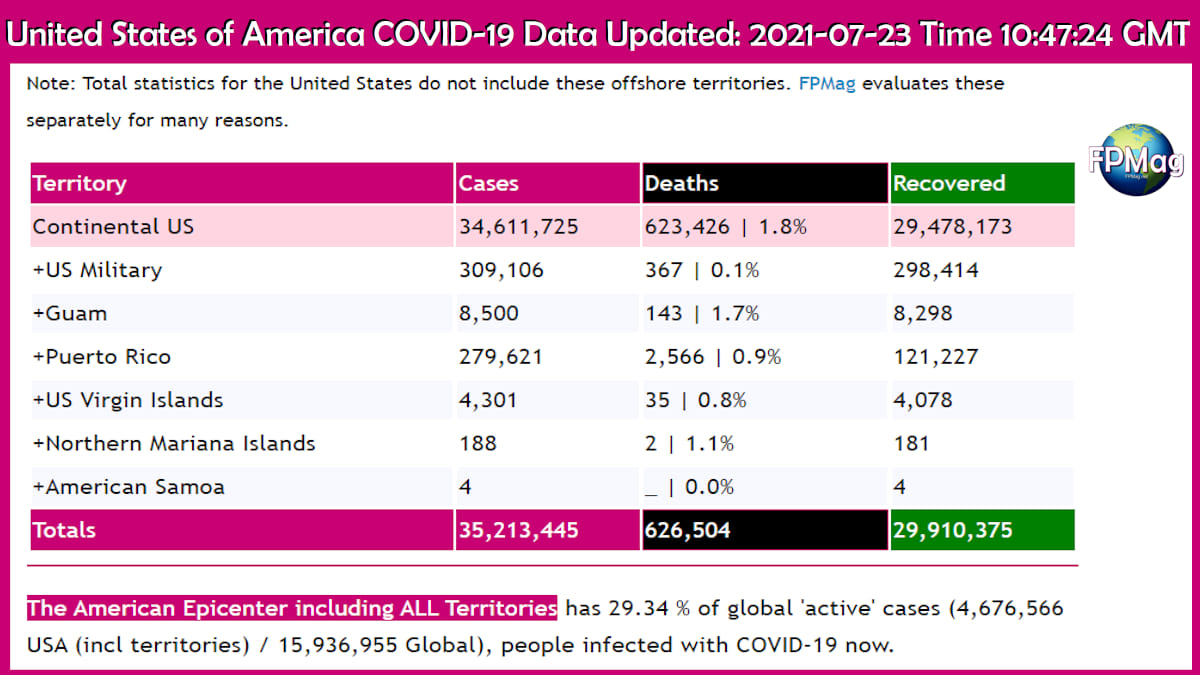 Is it OK to demonize people who refuse to get vaccinated? Yes, say humanitarians.

“When it was polio or smallpox, killing our kids, we demanded everyone get vaccinated,” says Davina McLeod, a Canadian grandma, a senior activist member of a global women’s rights group who insisted FPMag share her opinion. At 89, she holds nothing back.

“I listen to the TV to these loud Yankees in Texas, Tennessee, Arkansas and all over who think the leader of their horrid gang, Donald whatshisname, will give them favours or just notice them if they become [words that refer to anti-vaxxers and anti-maskers]. Well, they are selfish, entitled murdering trash like the Nazis who followed Hitler as a politician in Germany—during the war which my dear late husband fought. People were duty-bound to fight the Nazis, including most of the Germans who despised those animals,” an 89-year-old grandma explained to Melissa why vaccination was in the 1950s as important then as today for children and their families. They were duty bound, she said.

“I know who these people are,” she continued slowly.

“I know that this kind is like. They are hating kinds of people who think they are entitled like the white-faced, blonde-haired  German Waffen-SS,” she added.

“People who are duty-bound must fight them now as they did then in the 40s.”

“This vaccination thing is not about ‘freedom’ its about being a normal human duty-bound to help their fellow human and protect their families—or a fool who is willing to kill the babies and their families because they don’t care.”

“I recall helping a little child on my street with polio. The little boy was in braces and used crutches to walk a bit when he was not in his wheel chair. I helped him get to school everyday for a couple years in the 1950s. I was not only duty-bound but I also came to love that little boy. When he died in the early 1960s, his parents gave me one of his crutches. I was touched by that kind gesture but I already knew Pat thought of me as part of his family. Every now and again I hug that little crutch. I will never let go of the little boy’s memory.”

“We are all duty bound to protect children and their families against this beastly COVID disease,” she added.