“Climate change is very likely to affect global, regional, and local food security by disrupting food availability, decreasing access to food, and making food utilization more difficult.” So said the US Government, from 2015 to 2021.

According to one UN observer, “Maybe failing to stop polluting Earth would make a few billionaires richer but eventually pollution and starvation would kill the American population. That’s vulgar.”

Arguably it was a vulgar deed of Donald Trump to withdraw America from the Paris Agreement on climate change mitigation.

‘This betrayal was an obscene human extinction event only a sociopath could invent,’ is the sum of dozens of editorials written on the matter at the time in 2017 through 2018 when the withdrawal took effect.

This executive order came only a small few hours after the US President Biden was sworn into office in what has been described as a magnificent inauguration ceremony, the best that Americans have seen in all the country’s history. It’s audience was in the hundreds of millions around the world.

Women and children around the world are already suffering food insecurity because of climate change. The Paris agreement was a promise to start fixing this problem.

Food insecurity is one of the scariest fundamental changes caused by global warming and that is the case for millions of people in the African sub-Sahara.

Another disaster caused by climate change is the extinction of numerous species, some of which shed their rare virus loads to humans.

by Micheal John and  Sharon Santiago

The impact of these effects is reduced or destroyed food security. Women, who are typically the center of the family for food preparation in many cultures, are describing the impact of climate change with alarm in many parts of the world, already.

According to the US Environment Protection Agency, “Climate change can disrupt food availability, reduce access to food, and affect food quality. For example, projected increases in temperatures, changes in precipitation patterns, changes in extreme weather events, and reductions in water availability may all result in reduced agricultural productivity.” 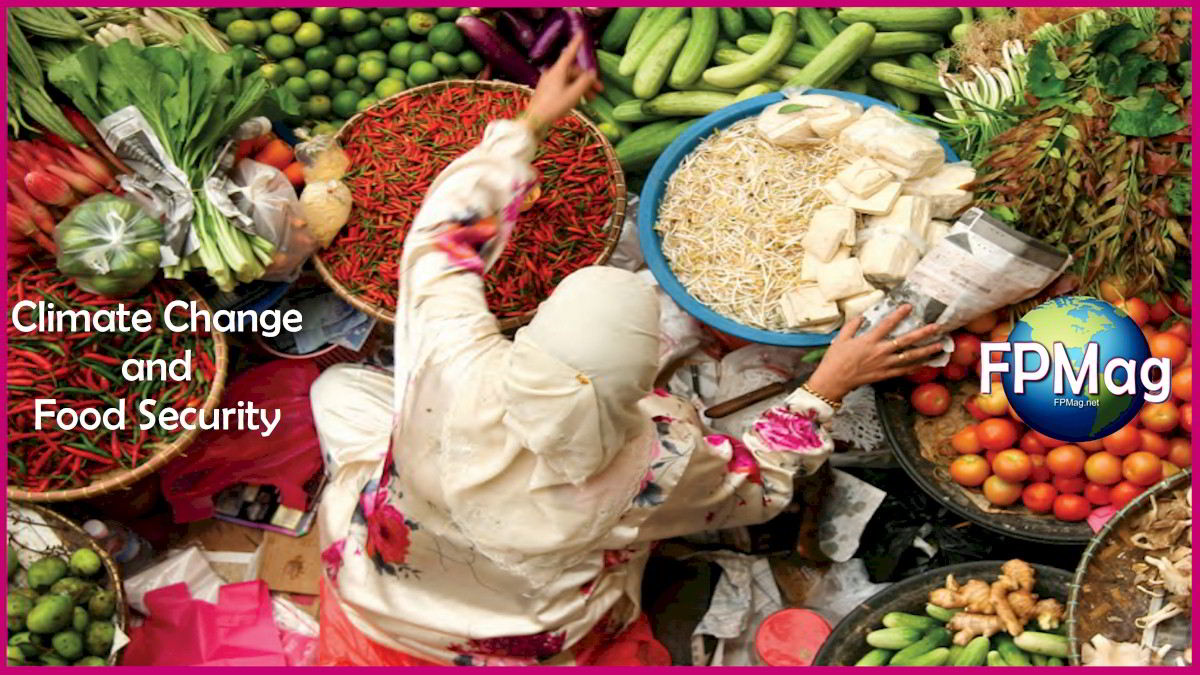 Some scientists say that the current coronavirus pandemic is caused and exacerbated by climate change.

“Recent research from Rachel Nethery, Xiauo Wu, Francesca Dominici and other colleagues at Harvard Chan has found that people who live in places with poor air quality are more likely to die from COVID-19 even when accounting for other factors that may influence risk of death such as pre-existing medical conditions, socioeconomic status, and access to healthcare.” (Citing: “Coronavirus, Climate Change, and the Environment A Conversation on COVID-19 with Dr. Aaron Bernstein, Director of Harvard Chan C-CHANGE”)

Joe Biden’s election to the presidency of the United States could be a harbinger of better things to come in Earth’s fight to avert the sixth mass extinction. 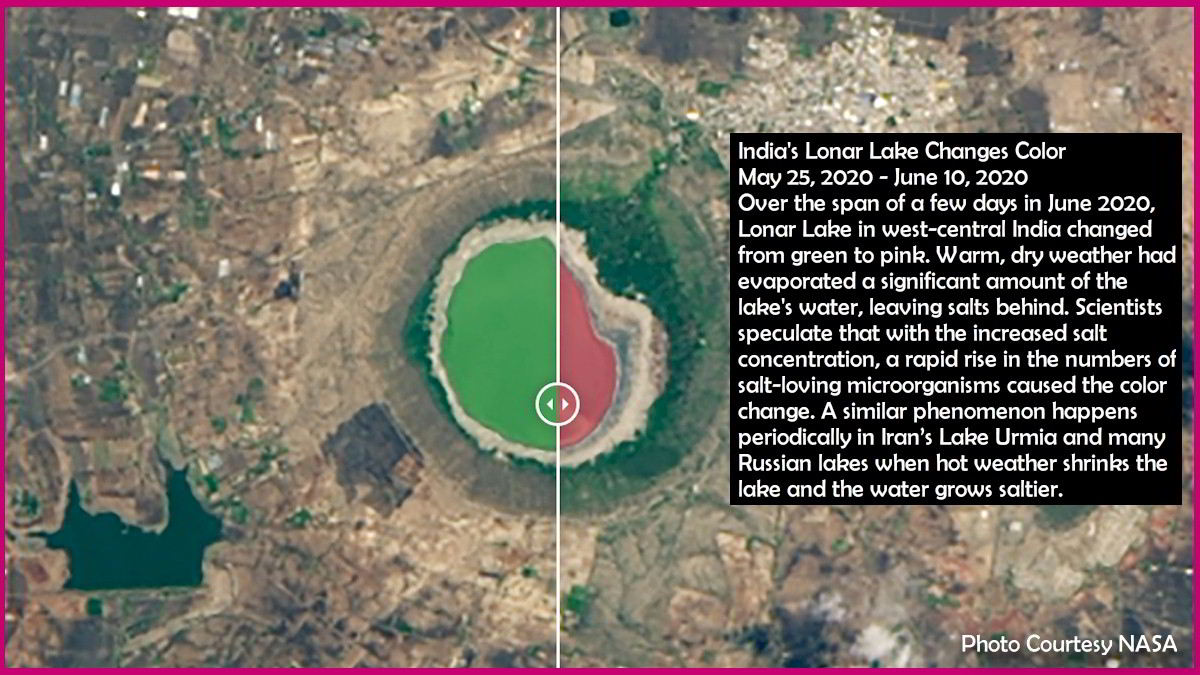 India’s Lonar Lake Changes Color
May 25, 2020 – June 10, 2020
Over the span of a few days in June 2020, Lonar Lake in west-central India changed from green to pink. Warm, dry weather had evaporated a significant amount of the lake’s water, leaving salts behind. Scientists speculate that with the increased salt concentration, a rapid rise in the numbers of salt-loving microorganisms caused the color change. A similar phenomenon happens periodically in Iran’s Lake Urmia and many Russian lakes when hot weather shrinks the lake and the water grows saltier. Photo Credit: NASA’s Earth Observatory.

The Paris Agreement is a legally binding international treaty on climate change. It was adopted by 196 Parties in Paris, on 12 December 2015 and entered into force on 4 November 2016.

“Judging the mass self-destruction of huge segments of the American population which ignores COVID-19 mitigation guidelines, asking for environmentally-friendly behaviour is a pipe dream,” suggests Monique Deslauriers, the USA Executive Director of The RINJ Foundation.

It may be irony that notwithstanding the inability of half of America to comprehend such complex ideas, Earth is heading for a time when it cannot support complex living beings.

According to scientists in a new biosphere report, Earth is already unable to support complex life as it once did. ‘Earth’s decay is worse than we thought.’ Download the 13 January 2021 science report, Underestimating the Challenges of Avoiding a Ghastly Future.

The Sixth Mass Extinction is Approaching, says Frontiers in Science, “Faster than anticipated”.

How bad is it? A 2019 IPBES Global Assessment report found that 70% of Earth had been negatively changed by human beings.

“Once you realize the scale and imminence of the problem, it becomes clear that we need much more than individual actions like using less plastic, eating less meat, or flying less. Our point is that we need big systematic changes and fast,” Professor Daniel Blumstein from the University of California, Los Angeles, who helped write Underestimating the Challenges of Avoiding a Ghastly Future, told the Guardian for its 13 January report: ‘ghastly future of mass extinction’.

Video. For those university students who think fighting climate change is boring, take a look from space. Outer Space is where we watch the impact of Earth-based mitigation efforts. This is where curtailing climate change becomes ultra exciting.