“The Friday kidnap in Nigeria is a terrorism event of  global impact. It is a filthy seed that grows since 2014 making similar crimes commonplace anywhere unless there is drastic action now,” says the RINJ feminist group.

“Kidnap, rape and cruel imprisonment of schoolchildren is now a familiar hallmark of cowardly male terrorists in northwest Nigeria,” says Katie Alsop, one of the co-founders of the global women’s rights group, RINJ Women.

by Behar Abbasi and Melissa Hemingway

“From child soldiers to sex slavery and kidnap for ransom, abuse of children is so commonplace it is ignored,” (paraphrased) claims an angry man brandishing a rock in Gusau city, Zamfara in Nigeria. His cousin was kidnapped early Friday morning in the darkness of night along with over 300 schoolgirls, reports a RINJ worker in Nigeria.

The Nigerian man in Gusau has a good point.

Violations against children are up the United Nations repeatedly warns, as militants including the USA-surrogate militia groups in Syria use child soldiers to fight their wars; US Border Security in the Southern USA states kidnap and cage children to warn away migrants escaping terror in their own countries; and the kidnapping of children in Africa by Boko Haram and other cowardly male groups manipulate Nigerian communities.

Early on Friday morning, 317 Female Pupils were stolen from a Zamfara school, into the night. The locals are furious.

“There’s information that they were moved to a neighbouring forest, and we are tracking and exercising caution,” Zamfara police commissioner Abutu Yaro told a news conference late Friday about 317 missing girls kidnapped in Nigeria in the wee hours of Friday morning.

The Government Girls Science Secondary School in the town of Jangebe, Nigeria is left in disarray as police search for clues to the kidnap of 317 school girls, say the locals.

According to one parent, seven children were able to dodge kidnappers by hiding in a gutter and their information suggests that the kidnappers arrived in multiple vehicles and removed the girls in those units but also many left on foot.

Kidnapping is a common crime in Nigeria in a time of worsening violence and civil disorder, say the RINJ Women in Nigeria. In Jangebe, residents have injured at least one journalist and hostility is being shown to government investigators. They are angry and frustrated.

In late 2020, 344 schoolboys in northwest Katsina state were freed after six days, The government denied paying a ransom despite suspicions to the contrary.

Last week, 42 people including 27 students from a boarding school in the north-central state of Niger. Hostages are yet to be released. One student has been killed.

Hence the population is angry with government.

The search has delivered no outcome, yet.

Now twenty-four hours since the kidnapping, no group has claimed the crime but two are suspected.

Boko Haram, an ISIS collaboration terrorist group in Northwest Nigeria, or an actual ISIS chapter in Nigeria are the current speculation of authorities. 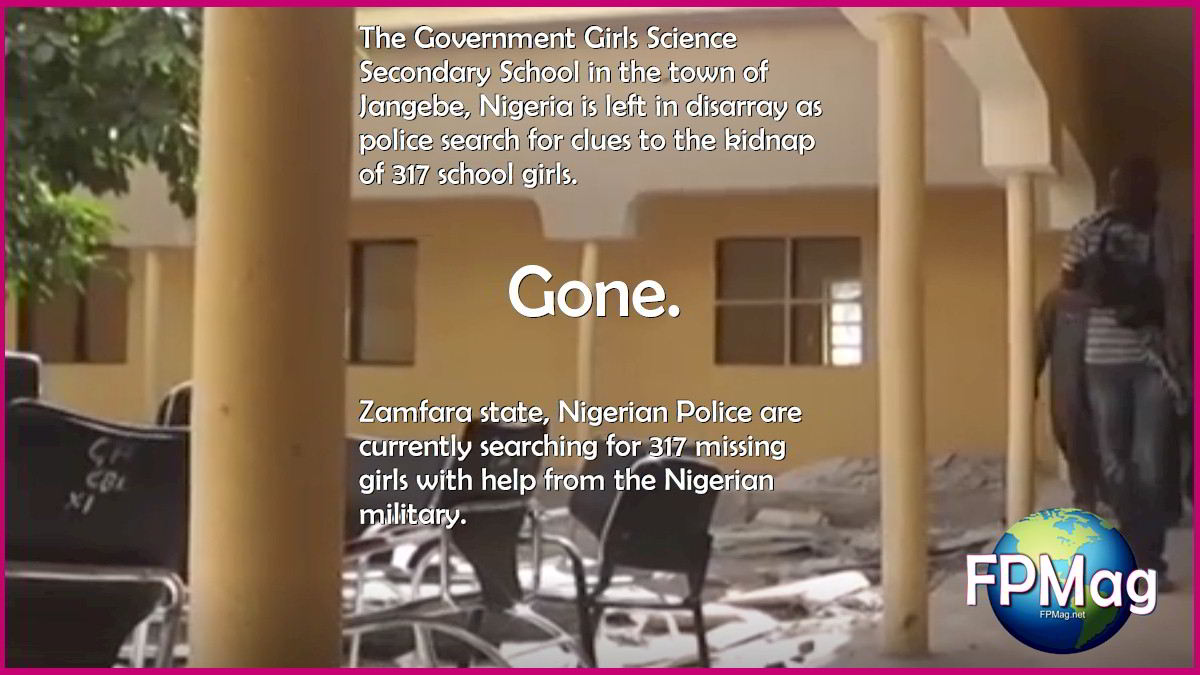 “We are angered and saddened  by yet another brutal attack on schoolchildren in Nigeria,” said Peter Hawkins, UNICEF Representative in Nigeria.

“This is a gross violation of children’s rights and a horrific experience for children to go through – one which could have long-lasting effects on their mental health and well-being. We utterly condemn the attack and call on those responsible to release the girls immediately and for the government to take steps to ensure their safe release and the safety of all other schoolchildren in Nigeria.”

Katie Alsop of The RINJ Foundation said of the Boko Haram that the global women’s group has been fighting the Boko Haram for almost a decade in one form or another. In 2015 they aligned with the ‘Daesh’.

“They are rapists and murderers”, she said.

“Boko Haram and it’s affiliated ISIS West  are powerful magnets to psychopaths of the strongest measure of criminal personality defect, even those hiding unobserved in ordinary communities,” said the women’s rights defender.

“Unlike normal people the candidates for membership do not have a negative emotional reaction to gore for example they don’t have the physiological effects most people do as a reaction to chopped off heads and bleeding decapitated bodies that they gleefully pose with in their pictures for the world,” Alsop added.

“More than one Islamic State fighter has told our medical workers that violence and gore gave him and many of his peers a positive emotional response and even excited them sexually. The witnesses were calm and did not show signs of increased heart rate and blood pressure, perspiration, or feel sick.”

Submitted to FPMag: Posters from a 2014 RINJ pitch to Secretary General Ban Ki-moon of the United Nations seeking Security Council action against terrorists in Northwest Nigeria who had just then kidnapped.

276 Christian female students were kidnapped from the Secondary School in the town of Chibok in Borno State, Nigeria in April 2014 causing the global RINJ Women to lobby international organizations to exterminate the Boko Haram organization. 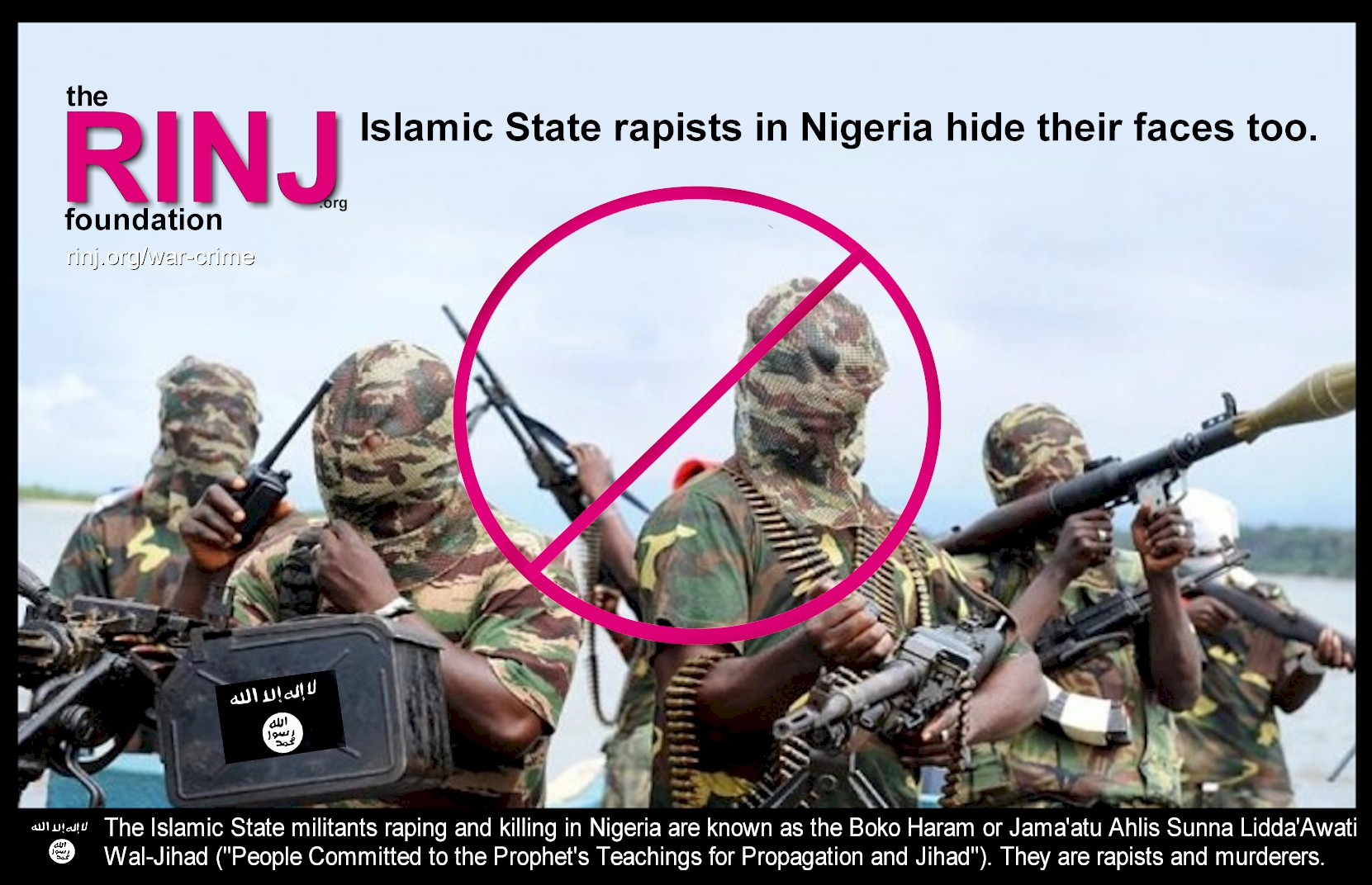 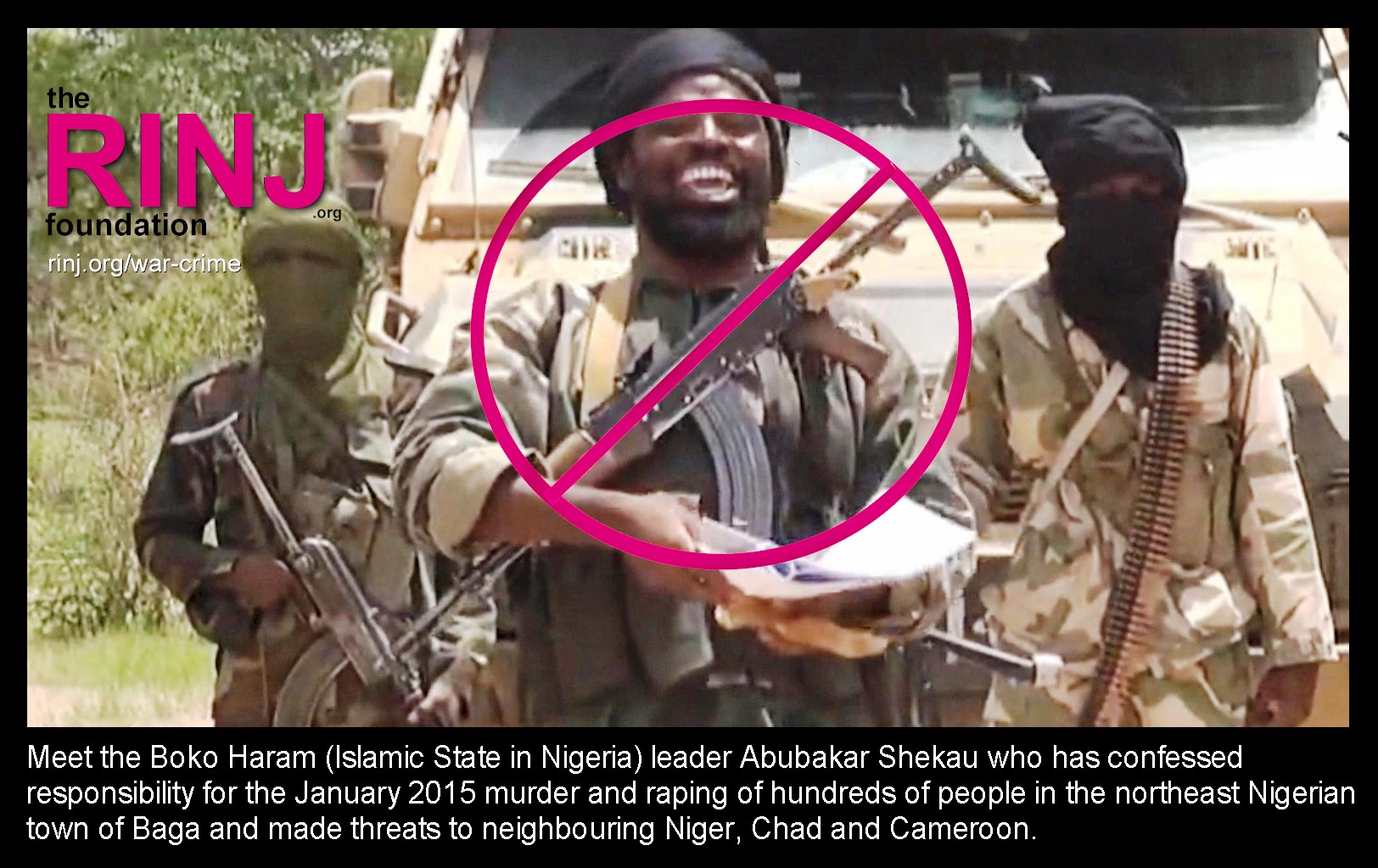