Pfizer shorts Canada vaccines. Canada to make its own and compete with Pfizer for decades to come. Editorial

Look at this. A remarkable success is in progress. The Canadian Government’s vaccine project has reversed the marginalization in health care of the indigenous peoples of Canada and pissed off the Harperites and Trumpers at the tired old White Supremacist building of the (Toronto) Globe And Mail (Newspaper).

It is shameful that the Canadian government’s extraordinary effort to first vaccinate vulnerable indigenous Canadians in the far north has met with grumbling Conservative white supremacist bald-headed white men.

It is also shameful that Americanized hosers in Canada are left without a cult leader when Trump goes to jail.  Suck it up, old-school supercilious male white runts.  Canada will become a leading microbiology and epidemiology force in the world striking out for fairness and equality, creating its own vaccines and partnering with risk sharing humanitarian partners who don’t turn vaccines into political weapons.

The week began with Procurement Minister Anita Anand telling the House of Commons Monday a new shipment of vaccine from Pfizer-BioNTech was on its way.

Canada has been temporarily cut back to one-fifth of promised shipments but Minister Anand said the companies are still promising to get four million doses shipped to Canada by the end of next month.

The 40 million doses Canada has ordered are still to arrive by the fall.

Hence the original schedule is not to have Canadians fully inoculated this year? It takes two doses of these vaccines per person to complete the process.

So, Let’s do this ourselves, says Trudeau and the scientists at the National Research Council, Canada’s organization that has sent people to outer space and helped build the Canadarm.

“What we’re very clear on is Canada will be developing domestic manufacturing, so regardless of what could happen in the future, we will have domestic production on top of all our partnerships and contracts signed with companies around the world,” said Trudeau during a news conference in Ottawa on Tuesday.

The Canadian government has signed a memorandum of understanding with Novavax of the USA to pursue the production of its COVID-19 vaccine at the National Research Council of Canada’s Biologics Manufacturing Centre in Montréal.

“The Center is currently under development and the latest announcement will allow forward looking augmentations to the Center,” said an NRC employee not authorized to speak for the government and allowed anonymity for that reason.

“Timing of the Canada’s Biologics Manufacturing Centre in Montréal is perfect,” says micro-bio-scientist.

“Anyone who thinks COVID-19 will be gone in the next two years gets an “F’ in science from me,” says Fred Harris, biostatistician at the Civil Society Solidarity Partners against COVID-19 in Singapore.

“Humans will be vaccinating against this virus [SARS-CoV-19] for years to come. Canada’s idea of finally getting into the manufacturing of vaccine is a brilliant investment,” opines Harris.

The Novavax vaccine has not yet been approved. There has been no suggestion that it will not be approved. 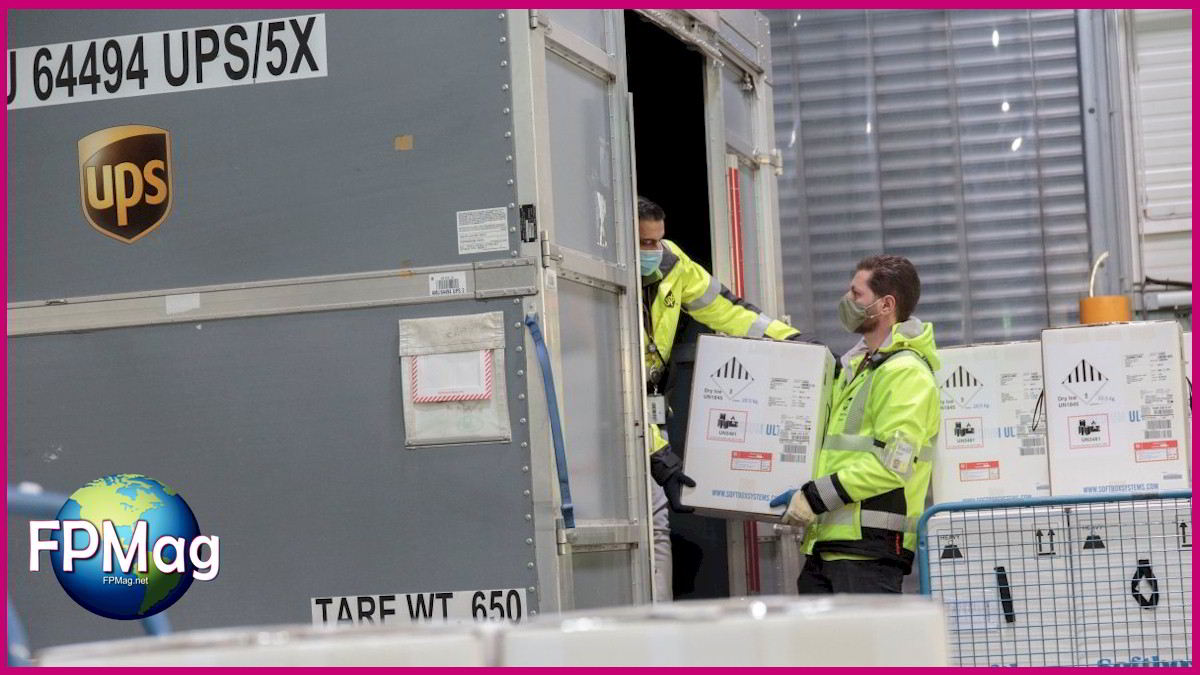 Production interruptions for Moderna and Pfizer were expected. These are massive pharmaceutical companies focused on making profits and their corporate mindset and overall methodology is not that of a humanitarian organization as critics of the Canadian government seem to think.

The recent explanation from Pfizer is that a planned production slowdown was needed to facilitate construction of expanded capability at a Pfizer plant in Puurs, Belgium.

That Pfizer is shorting Canadian deliveries is also no surprise at all. On the list of countries incapable of blowback against Pfizer, Canada is the easiest to screw around with.

Well, hosers, that has changed, eh?

So screw off, Pfizer. Canada having looked at the make-or-buy options will now make its own vaccines for years to come.

The world is holding its nose at Canada for ordering multiple batches of coronavirus vaccines as a hedge, meanwhile Canada’s record of humanitarianism should be sufficient to trust the nation when it says it has ordered surplus and will donate to nations in need.

Having Donald Trump as president of the influential neighbour to the south of Canada, with his four years of constant backbiting and marginalization of both American  neighbours; Trump’s trite bickering with Trudeau left Canada as less of a friend of the United States and made screwing Canada easy for Pfizer and Moderna. Americans had forgotten Canada as a friend and neighbour. The relationship sucks today. 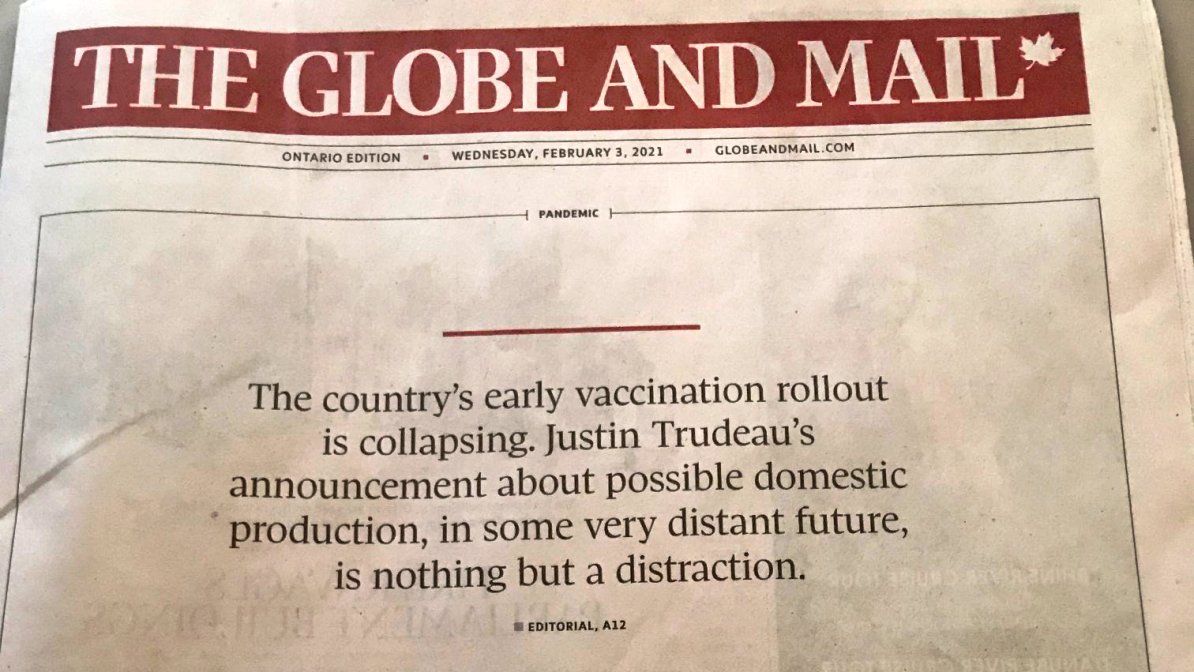 Globe and Mail gets an “F” in science for believing COVID-19 will be gone by the fall. Not a collapse but a remarkable success in progress, the Canadian Government’s vaccine project has reversed the marginalization in health care of the Indigenous peoples of Canada and pissed off the Harperites and Trumpers at the old White Supremacist Globe And Mail. 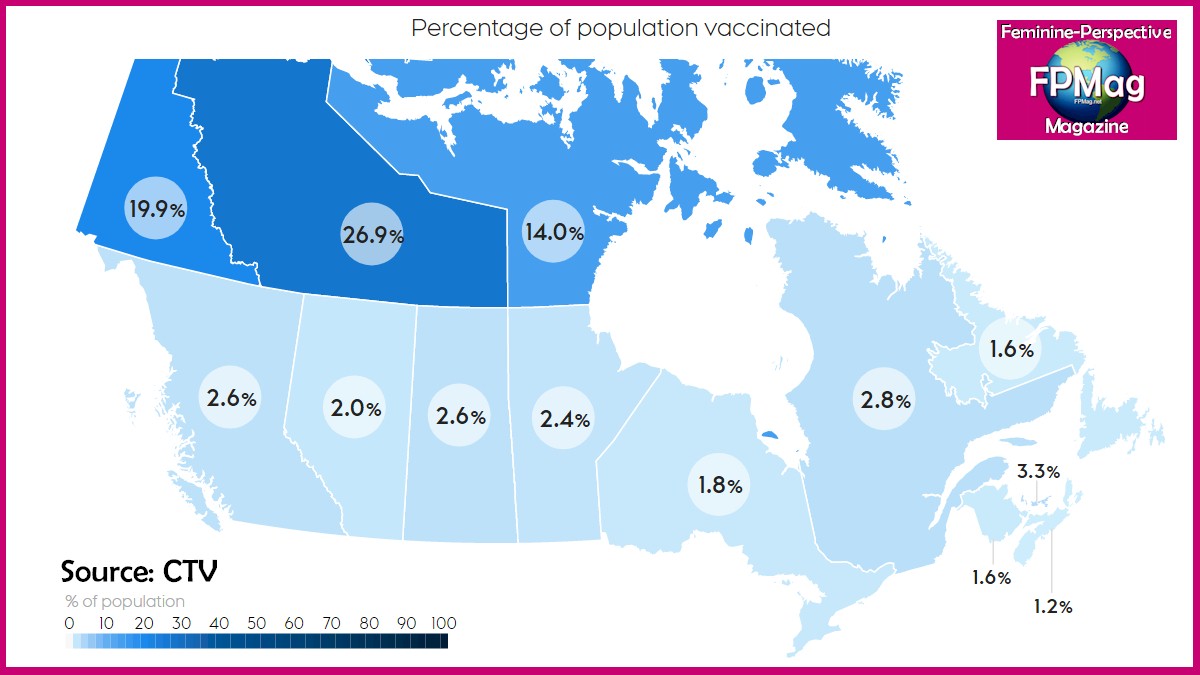 The Canadian Government has reversed the marginalization in health care of the Indigenous peoples of Canada and pissed off the Harperites and Trumpers at the old White Supremacist Globe And Mail. Data Source: CTV News

Note: India's reported death sum and cured data are widely seen among epidemiologists and biostatisticians as unreliable. For example, 3,044,797 is CSPAC estimated sum of deaths while India reports 524,974, creating the largest discepency in the world. India might only report hospital tested cases. Sources among hundreds of nurses and other medical practitioners provide a picture that in summary concludes most cases never present in a hospital especially in northern provinces where health care is less available and utilization is low anyway because of poverty, hence most people die at home in India. This theory could explain discrepancies between reported data and algorithmic estimates.