Rapists exhibit the pattern of conduct of Andrew Cuomo

In a New York State independent investigation for the Attorney General, the pattern of sex-based harassment behaviour of Governor Andrew Cuomo,  global experts see as a pattern similar to that of the early conduct of the most violent of sex predators and rapists.

“The allegations of sexual misconduct against Andrew Cuomo that were investigated by the New York State Attorney General, exhibit a pattern of behaviour familiar to rape investigators,” says Patricia Levitt, who is a licensed investigator working for The RINJ Foundation to help clients who report a rape and seek humanitarian assistance in bringing their case before a court, she explains.

Note: This report is based on a focus group of global experts assembled for the purpose of discussing and analysing the now notorious case of New York Governor Andrew Cuomo’s workplace sexual harassment of women.

Video: NYAG Letitia James thanks women survivors of sexual harassment attacks for their bravery in coming forward and turns the microphone over to independent investigators.

“This pattern theory applies to only certain types of rape, particularly acquaintance rape. The events described by the Attorney General of New York [watch the above video] alone imply a pattern of sexual misconduct that suggest the accused has no bounds for what acts he believes he has impunity.”

“If you were single, ohhh the things I would do to you,” said the Governor to a female employee.

“What this means,” explained Monique Deslauriers, a GBV specialized nurse in Calais, Maine, who was part of a focus group dealing with this topic, “is that accused persons of acquaintance rape build up to the crime with a pattern of entitlement behaviour that can easily be explained by them as as something innocuous that was misinterpreted until the acts become so aggressive, like the allegation of Andrew Cuomo feeling his way up and grabbing  a woman’s bare breast under her blouse,” she explained.

According to Letitia James, AG for the State of New York, who cites in a written statement the Report by Independent Investigators, “The New York State Governor sexually harassed multiple women from 2013 through 2020.” That sexual harassment included “unwanted and inappropriate groping, kissing, hugging, and comments that accusers called, “deeply humiliating, uncomfortable, offensive, or inappropriate”. 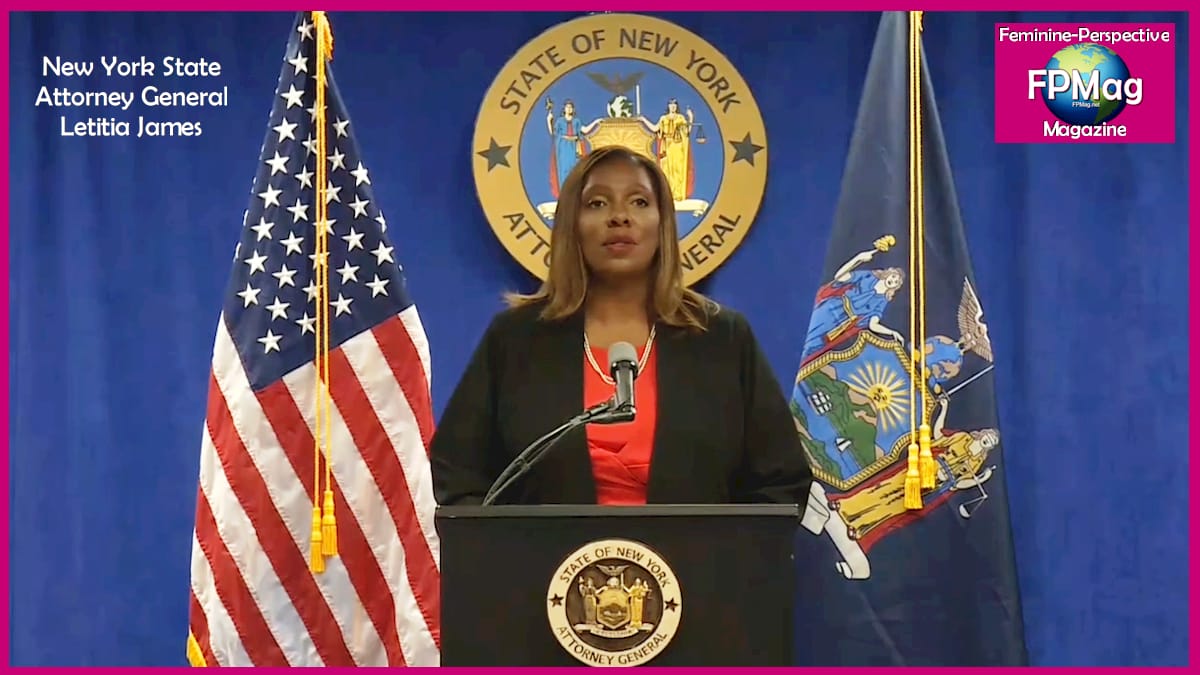 The written statement of the NYAG goes on to explain the independent investigation revealed an executive chamber, “rife with fear and intimidation,” which enabled Andrew Cuomo’s harassment to occur having created a toxic work environment for women who were made fearful and were intimidated with implied or direct threats.

The women of the focus group reacted strongly to this evidentiary finding by the investigators, saying that it is a hallmark of a certain type of rapist.

“Of particular interest to me,” commented Patricia Levitt after reading all the data and watching the live press conference of AG Letitia James, “is how Governor Cuomo responded to investigators’ questions. It is the same cognition I have seen on the CNN news, cognitive distortions of the facts behind his actions that are apparently real in the mind of this accused person. This is characteristic of all four types of sex offenders,” she added.

“The taxonomic model developed by Knight and Prentky is useful. This model divides rapists into four categories according to their general motivation to rape: opportunistic, pervasively angry, sexual, and vindictive. Each type has potential cognitive distortions. Using this framework will avoid obscuring the distinctive features present in a heterogeneous grouping of sex offenders and should encourage the development and use of treatment interventions that are more specifically directed toward areas requiring attention in these rapist subtypes,” says the Office of Justice Programs, US DOJ.

“The irony of this environment of fear and intimidation,” explained investigator Patricia Levitt, “is that the person who creates this type of environment actually is the most fearful. Mr. Andrew Cuomo appears in all situations we looked closely at, to have an overwhelming fear of losing control. He allegedly lies and hides truth in order to control situations, as was the case in his alleged 2020 undercounting of New York nursing home deaths by thousands.”

“As part of the investigation, Governor Cuomo also sat with the interviewers and answered questions under oath. While the governor denied the most serious allegations, the investigators found that he did so by offering “blanket denials” or that he had a “lack of recollection as to specific incidents.” The investigators also found that the governor’s recollection “stood in stark contrast to the strength, specificity, and corroboration of the complainants’ recollections, as well as the reports of many other individuals who offered observations and experiences of the governor’s conduct,” writes the attorney general in a statement released 3 August 2021.

111 Evidence Exhibits are included in the following redacted releases.

“Women in the work place should feel safe from being touched, from leering, or kissing and fondling.  Women should not have to fear  any part of another person touching them where their undergarments cover,” said a late arrival to the virtual focus group.

According to Katie Alsop, a founding director of The RINJ Foundation who joined the virtual focus group late, “These are complex problems that take many hours of psychotherapy to even diagnose let alone treat, but for rule-of-law enforcement, manuals on investigation set out anywhere from four to six different basic profiles. When tracking down rapists, circumstantial indicators plus these profiles help investigators find a match with which to build a list of suspects if  the perpetrator is not identified and also to build a case against the offender.”

“But in the case of  Andrew Cuomo’s lack of emotional control in any environment, toward women, we studied dozens of his interviews and speeches plus anecdotal stories of his encounters. Mr. Cuomo is generally an angry man. He especially has both contempt and powerful animus for women. Probably there were issues as a child with bonding with the mother and other women. Often that is influenced by the bonds that have formed first past the umbilical cord, with the father.

It was a culture wherein you could not say “no” to the Governor to intimate contact, like the Twilight Zone wherein normal did not apply, according to one victim/witness.

“If family values for the boy child Andrew Cuomo growing up were all about marginalizing women as servants and/or play toys for men, the boy child would theoretically have a propensity to grow up to be an adult male with the same values and his own style of misconduct. That anger towards women who confront him or hold out to be better briefed than he, often manifests as dangerous sexual misconduct that can generally grow to extreme violence as has been seen in thousands of historical cases.

“Once the conduct of entitlement for control over women emerges, such as what we have seen in Andrew Cuomo, has emerged, it is safe to say the most dangerous and potentially violent of offenders is in view,” she continued.

“Cuomo needs a lot of therapy to fit normally into society and avoid reoffending. There is probably a lot we do not know because Governor Cuomo  has the ability to effectively intimidate victim witnesses into silence,” Ms. Alsop adduced.

When asked about what the outcome of the investigation should be, solely on the basis of the alleged facts from the investigator’s reports, the women of the focus group discussed and agreed that the State’s Attorney should charge Mr. Andrew Cuomo with any or all of several misdemeanor offences which are indicated and as an alternative sentencing to jail, ask the Court on conviction, should there be a conviction, to order the defendant to submit to at least 6 months of weekly counseling and be banned from holding any position of authority over women for a three year period.

Dissenter Caveat: “I hope the prosecutor would be willing to learn more deeply about these types of offenders. When questioned by investigators and in his statements to the press about the accusations, Governor Cuomo demonstrates severe cognitive distortions in his defensive remarks, of a disordered type of distortion that convicted sex offenders display,” notes Monique Deslauriers, “so I therefore suggest that the criminal proclivity toward sexual misconduct is deeply embedded and therapists should be ordered to make a report to the court and have at their discretion, the ability to request an extension of time for therapy.”

But the group said they reserved the right to change that opinion in the event that as they suspect, evidence of greater and more violent misconduct emerges.

A formal criminal complaint has been filed against Andrew Cuomo. Carriage of the file has yet to be decided.

On Saturday, Albany County Sheriff Craig Apple held a press conference in Albany New York and discussed a criminal complaint filed this week by a Cuomo aide. The matter is under investigation, said the Sheriff.

Fabien Levy, press secretary and senior advisor to New York Attorney General Letitia James released a statement after Sheriff Apple’s announcement, to say that, “We will cooperate fully with the Albany sheriff and turn over all evidence related to this complainant. Similarly, we will cooperate with all law enforcement agencies, as appropriate.”