Biden is a liar, USA troops were out of the fight for years says Afghan soldier

“Gen. Mark Milley’s planners, airmen and soldiers have raised the bar on what level of effort should be given to rescuing civilians in harm’s way according to widespread consensus. “  Few people will ever forget the crew of a C-17 departing Kabul with 600-plus souls aboard, despite weight-and-balance  regulations. All passengers were rescued safely. Hopefully the crew will be decorated because this is a way of thinking that goes above and beyond the call of duty.  Editor

Video: The American General Mark Alexander Milley, decorated United States Army officer and the 20th chairman of the Joint Chiefs of Staff. He must pull the Biden mess out of the fire of global condemnation. Sources on the ground in Kabul suggest that, “Milley may be the only person in Washington DC that the prospective evacuees can count on.” 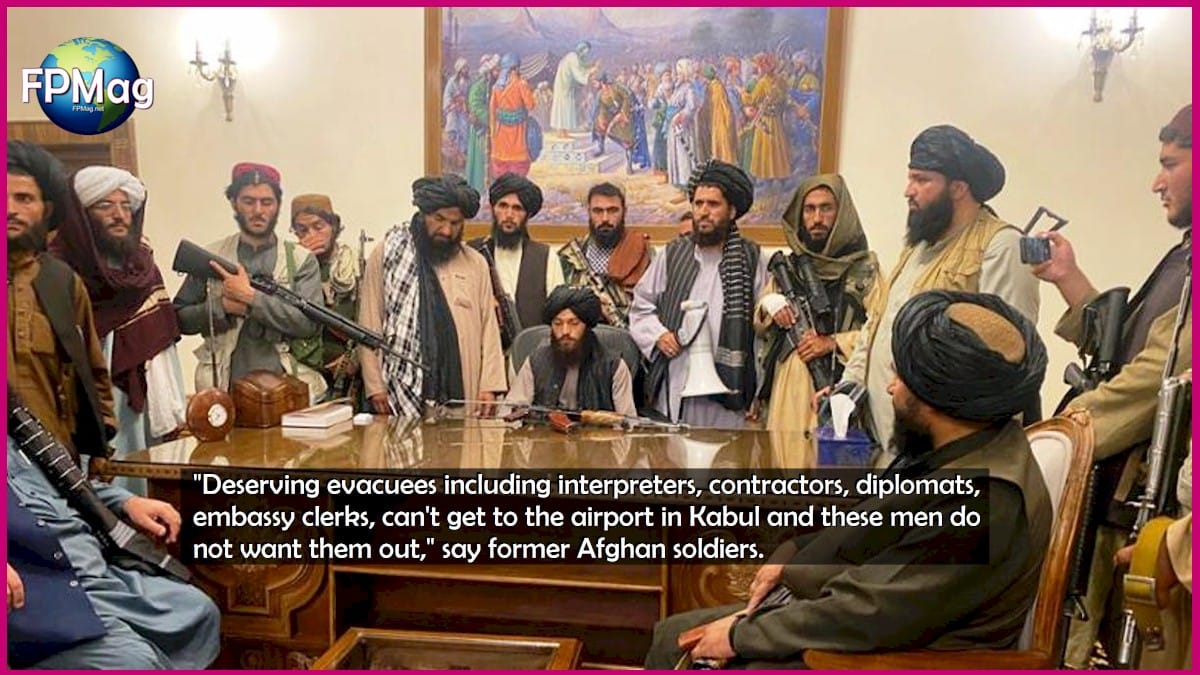 “Deserving evacuees including interpreters, contractors, diplomats, embassy clerks, can’t get to the airport in Kabul and these men do not want them out,” say former Afghan soldiers. General Milley has ordered the extension of a perimeter around the Kabul airport to be controlled by US Marines and US Rangers, say DC sources. This action is intended to facilitate the free movement of evacuees.
Photo Credit: Pool Handout Art/Cropping/Enhancement: Rosa Yamamoto FPMag

Afghanistan owned many US $billions worth of American military weaponry including an incipient Air Force. There is no inventory according to Representative Brian Mast who is a veteran of the Afghan war who lost two legs and one finger as a serviceman in Afghanistan.

US Congressman Brian Mast has expressed concern over the weaponry America has left for the Taliban. “Everything Biden touches falls apart, particularly when it comes to foreign policy in the Middle East,” notes Representative Mast in his regular blog.

The government in Kabul operated with a total military strength of 325,000 in 2019 for a population of 36.6 million, and a paramilitary of 150,000 according to Global Fire Power, a think tank that analyzes nations’ fighting strength.

At the end of April, the United States Special Inspector General for Afghan Reconstruction (SIGAR) said in a report that the strength of all Afghanistan’s national security forces was down to some 307,000 including some paramilitary groups, such as, police services.

Hence experts debated that the Taliban may not be successful in completely taking over Afghanistan given the size of its military forces compared to about 100,000 Taliban fighters plus their supporters who according to at least 7 sources, was somewhat considerable, the events of August have thus far revealed. In fact, US intelligence predicted exactly what has happened during the summer.

‘Enduring Freedom‘ began Oct. 7, 2001, as a US Congressional “blank cheque for war”, according to Representative Barbara Lee who voted against the war.

In 2014 the Afghanistan war officially ended on 28 December.

At that time, American and NATO military officials attended  a ceremony at NATO HQ in Kabul, Afghanistan.

Since Trump negotiated with the Taliban Terrorists in February 2020, America left.

After months of increasing Taliban attacks against Afghan Armed Forces since February 2020 when Donald Trump made a deal with the Taliban to stop attacking US Forces,  heavy losses took their toll against Afghan military forces.

“The Afghan Army was demoralized. When large numbers surrendered, in August, there was confusion,” explains a soldier. “[Regional squads] were thinking, ‘If everyone else is quitting, the Americans and others are leaving, why am I fighting? The Taliban is coming back to power anyway’, explained one former Afghan soldier trained by Americans. The cascading surrenders were caused by this, writes Todd Lehmann, Ph.D. Candidate in Political Science, University of Michigan.

“There was agreement that the Taliban had already by early 2021, controlled a large part of the country,” said one Afghan soldier.

Three former Afghan military soldiers sat down with an FPMag correspondent in Kandahar to share their observations. Two had been seriously injured in May thus were out of action and one who FPMag’s correspondent Gracie Edwards met at the end of last week with the local resistance. The latter soldier had been on leave with COVID-19 pneumonia during the recent Taliban activities in the region.

Gracie Edwards, who is working full time as an NGO nurse practitioner, who  has worked for years as a citizen journalist and correspondent to FPMag in the Middle East, was asked to help support the local resistance by providing medical care during a missing child emergency.

These three Afghan soldiers adamantly insist that America has not been fighting the Taliban and only fulfilled a logistics and training role in Afghanistan.

Beginning 16 August 2021, Joe Biden has been pushing a lie to cover up his incompetent leadership in the matter of the American Afghanistan withdrawal leaving American contractors, interpreters, embassy workers behind to fend for themselves. Following the disastrous move, the White House scrambled to try and rescue tens of thousands of people owed an evacuation but that has been a complicated disaster that has been killing civilians as young as a small toddler who was trampled to death despite the extraordinary effort of ordinary soldiers and airmen of the coalition forces struggling to rescue people caught up in the Afghanistan disaster Joe Biden created.

A cacophony of lies: Joe Biden’s disingenuous narrative pretends that the American people decry his departure from Afghanistan. That is false. Polls show Americans want out! Biden responds saying that he did not want Americans in the fight. But Donald Trump who had negotiated with the Taliban had removed America from the fight long ago. Americans were not in the fight.

American soldiers have been out of the fight in Afghanistan for years.

Joe Biden: “The truth is this did unfold more quickly than we had anticipated. So what’s happened? Afghanistan political leaders gave up and fled the country. The Afghan military collapsed some time without trying to fight. If anything, the developments of the past week reinforce that ending new US military involvement in Afghanistan now was the right decision. American troops cannot and should not be fighting in a war and dying in a war that Afghan forces are not willing to fight for themselves.”

Misleading: “Here’s what I believe to my core. It is wrong to order American troops to step up when Afghanistan’s own armed forces would not.”

“Soldiers seek strength in numbers. When soldiers fight in battle, they only succeed if they fight as a unit. However, individual decisions to fight or flee depend on mutual expectations. If they expect most of their comrades will fight, soldiers’ best interest is also to fight…. This is precisely what happened to the Afghan military. As the U.S. withdrawal began in May, the Taliban started gaining territory. As they advanced, the Taliban also negotiated with groups of Afghan forces stationed at outposts and in towns, and convinced some troops to surrender. Once the first bout of surrendering occurred and the news began to spread, others quickly followed, facilitating accelerating momentum to the Taliban as they advanced without facing major resistance. In the end, Afghan soldiers chose safety in numbers by surrendering together,”  writes Todd Lehmann, Ph.D. Candidate in Political Science, University of Michigan. 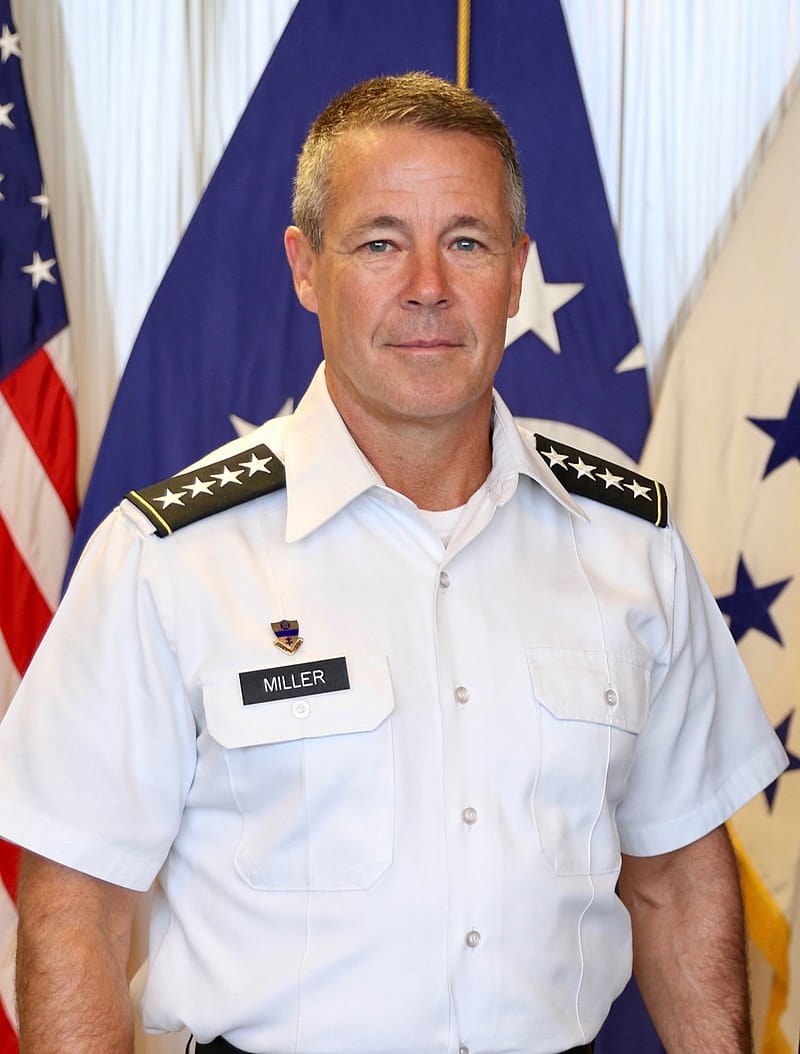 The article " Biden is a liar, USA troops were out of the fight for years says Afghan soldier " was written by Author: Melissa Hemingway (Biography, Email) Senior Staff Writer and Associate Editor at Large
Contact Melissa Hemingway on Twitter ~ Facebook ~ Find on YouTube