“Over some twenty years, America and Canada gave Afghan women and girls something they never had before: human rights,” says the feminist leader of the women’s rights group, RINJ Women.

“This was an extraordinary, history-making humanitarian accomplishment of Canadians as UN Peacekeepers, Americans as interveners and NATO members as supporters across two decades. Women and children in Afghanistan, some two thirds of the population,  were given relative freedom to live their lives as theoretical gender equals while enjoying a meagre measure of safety,” asserts Katie Alsop.

The good part of all this: Home, Home, Home at last.

“To the serving  men and women who brought this change to Afghanistan, for however long that lasts, women the world over must offer their deepest gratitude. Thank you for your service, sweethearts,” she said.

“Our Afghan sisters have made extraordinary contributions in science, education, medicine, and the arts,” adds the RINJ Women co-founder.

“Women around the world must stand beside our Afghan sisters. We have kicked the crap out of ISIS in the past and we will take on any new salafist jihadists and their supporters until women and men around the world find equal status to enhance human prosperity, safety, happiness, global values and human development.”

Germany, the 2nd largest troop contributor to the Afghan security situation, is also expressing dismay over what has happened in Afghanistan. Germany counted on the United States decisions, but this one is a disastrous abandonment of Afghan women, girls, interpreters, supporters, diplomats and Afghan friends. Germany in Afghanistan has been “fundamentally dependant on the decisions of the US government,” says Merkel’s office in a statement.

German Chancellor Angela Merkel on Monday called the latest developments in Afghanistan “bitter” and admitted that the efforts by foreign powers to change the country “did not work as planned.” Chancellor Merkel went on to admit that Germany always realized it could not operate independently within the country and along with other NATO forces was fundamentally dependant on the decisions of the US government.

Any way one says it, Biden is right. This quagmire had to end. It should have been smoother. The good part of all this: Home, Home, Home at last. U.S. service members load equipment during the base clearance process in support of the safe and orderly exit of Coalition Forces from Bagram Air Field, Afghanistan, 15 May 2021. (U.S. Army photo by Sgt. Jesse Coggins)

On the weekend, an American gaff snatched the gift of freedom and human rights away from Afghan women and girls and sold them out to the Taliban. Was this an irrational, unplanned, incompetent President’s disaster or an inevitable gaff no matter who was in the White House?

There were times when the Afghan government could have stood up to the Taliban as America quietly reduced its presence and left, say former US service personnel who were stationed in various parts of Afghanistan. Some of these people are hires to the private security team RINJ women are protected by in war zones, and do not want to be identified for safety reasons.

While the Afghan government was in a position to take control of Afghanistan, it did not happen. Probably, speculate many of those who served, ‘the lucrative and corrupt Pentagon and the military industrial complex would not allow that to happen’.

‘Afghanistan has been a good place for testing and selling weapons systems’, says one US Marine, and ‘secret projects’ say some soldiers who don’t want to say exactly what they saw.

Afghanistan has also been the world’s source of heroin and raw opium.

“Given a choice between oil and narcotics for illicit money-making, narcotics will win every time,” says a US soldier who did two tours in Afghanistan as a military police officer. “Stealing oil to sell is a big crime but stealing narcotics is called harvesting. Regardless, it’s all speculation.  I don’t know how or why we ended up staying in Afghanistan for so long. The mission was over, nineteen years ago.”

“Commenting on the poppy trade in Afghanistan is a fool’s game. Senior officers jump all over you and demand to know how you know, as if I alone am in charge of the drug syndicates…” said one former grunt, laughingly.

“We’ve stood by on the sidelines and, unfortunately, allowed the Taliban to become probably the largest funded non-designated terrorist organization on the globe,” said a U.S. official with knowledge of Afghanistan’s drug trade.

“The U.S. and international partners have continued to pull out and not addressed poppy cultivation,” the official said on condition of anonymity. “What you’re going to find is that it has exploded…”

“…The United Nations and Washington contend the Taliban are involved in all facets, from poppy planting, opium extraction, and trafficking to exacting “taxes” from cultivators and drug labs to charging smugglers fees for shipments bound for Africa, Europe, Canada, Russia, the Middle East, and other parts of Asia.” 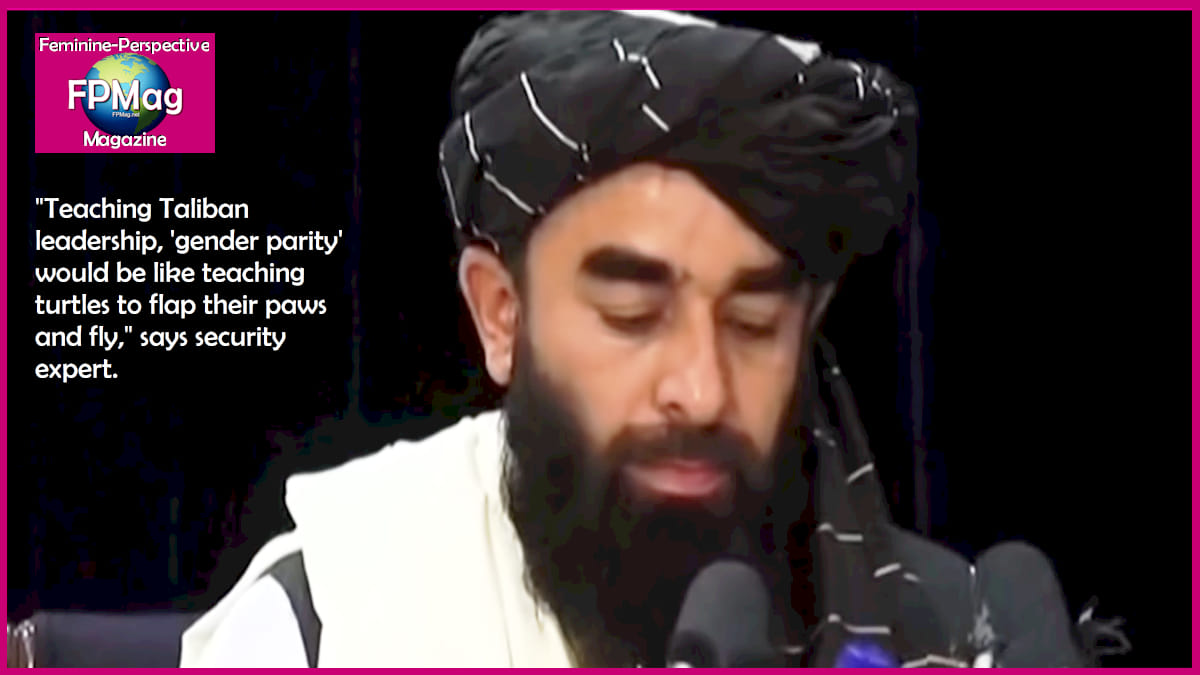 The White House under Donald Trump decided to negotiate with terrorists in early 2020 and made a deal with the devil. President Joe Biden kept that going in Doha, Qatar.

America, without consultation with allies gave Afghanistan to the Taliban on a promise.

US Military forces in Afghanistan were reduced to 2,500 sleepy soldiers and their support infrastructure.

In the year and a half since then, the Taliban saved the Americans harmless and beat the hell out of the Afghan armed forces according to women who lived in the provinces through that time.

Taliban are Caliphate builders with doctrinal likeness to ISIS transnational jihadist-Salafism, but they don’t like each other much.

The difference between the Taliban salafi jihadist government in Afghanistan of today and the Taliban in August 2001 is that the current Taliban regime is much better armed with modern weapons and a modern Command, Control, Communications, Computers and Intelligence infrastructure and training. And now the Taliban has an Air Force.

The Taliban have said women may go to school but must adhere to Sharia law insofar as they must not travel alone; they must cover themselves from head to foot; and they must abide their male masters. That according to a commander in Kandahar who spoke to a woman member of RINJ Women who did not identify herself as such.

The story told by Taliban officials in Kabul differs like day and night to what we are being told in Kandahar, the birthplace of the Taliban, said one woman from a radio station where she has remained in hiding for 24 hours.

“Our sisters … have the same rights, will be able to benefit from their rights. They can have activities in different sectors and different areas on the basis of our rules and regulations, educational, health and other areas.”

“First, we would like to assure that the areas where there are embassies, there will be complete security. Therefore all foreign countries and your representatives, your embassies, your missions, international organisations, aid agencies, I would like to assure you that we will not allow anybody to do anything against you. Your security is assured. Our forces are there 24 hours around the clock to ensure your security, undoubtedly. We don’t want to see any kind of chaos, inconvenience in Kabul. Our plan was to stop at the gates of Kabul after capturing all other provinces, so that the transition process is completed smoothly without us entering Kabul, so that we stopped troubles and harms and damages,” said Taliban spokesman Zabihullah Mujahid hours ago in Kabul, Afghanistan…

“But unfortunately, the previous government was so incompetent. As a result of their actions. Their security forces could not do anything to ensure security and we have to do something, we have to take responsibility. So that was the reason: the abusers and the rioters. They wanted to abuse the name of the Islamic Emirate, to enter houses, or to harass the people or to steal. So we, therefore, instructed our forces to enter Kabul to ensure, to stop all this and to ensure security,” said spokesman Zabihullah Mujahid.

To the Taliban promise of amnesty for those persons who supported the NATO occupation of Afghanistan and a promised better more moderate approach to women and girls, security analyst Simon Baldock in Tel Aviv said when asked, “Turtles cannot learn to flap their paws and fly and the Taliban will not throw out their Sharia Law and their jihadist goals of building a global caliphate.” 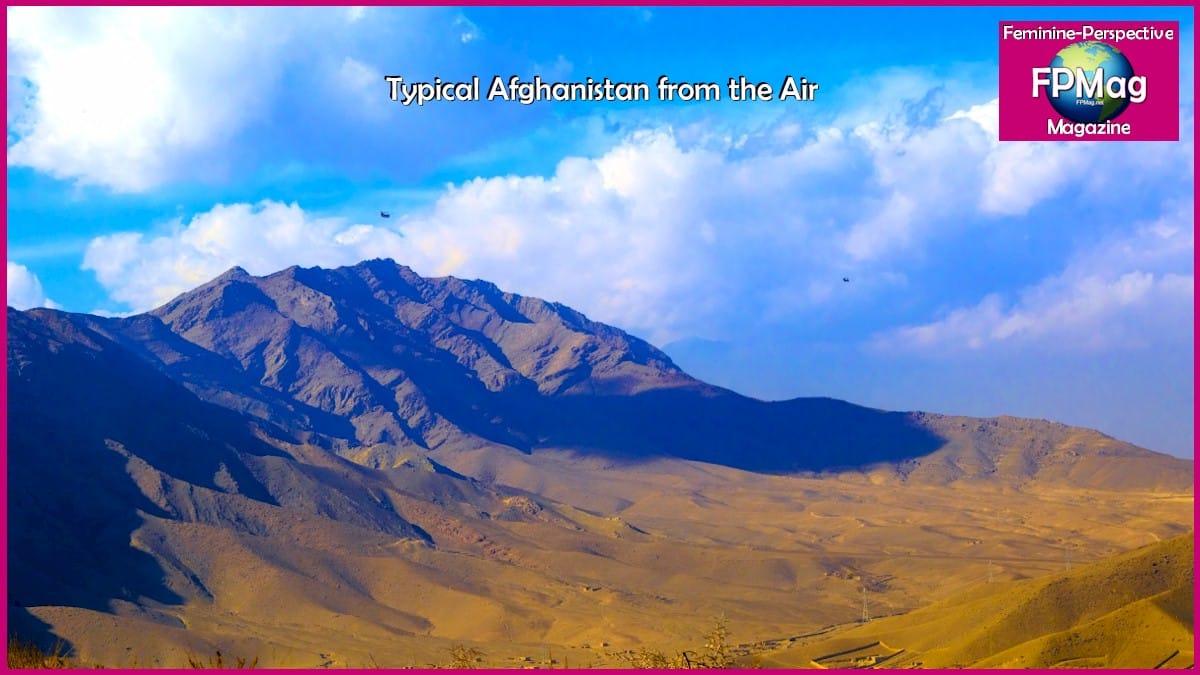 Says Geraldine Frisque, a spokesperson for the RINJ Women, “The Taliban is a violent quasi-religious, primarily political organization based on jihadist-Salafism which ideology is based on an extremist version of the Sunni sect of Islam.”

“The Taliban elders,” Ms. Frisque continued, “seek a ‘true Islam’ across a global caliphate. The functional level of their salafi jihadism is called Sharia Law, an extremist and flexible-for-authoritarian-convenience version of ‘true Islam’.”

Today, according to  RINJ Women in Afghanistan who have been recruited as members and educated on their rights by the RINJ women’s rights group, over the past 19 years, children are being kidnapped and recruited as new brides for regional Taliban commanders and fighters who have enough local credit to earn this assistance or ‘reward’ from the group as a whole.

A senior official of the RINJ group’s security contractor in Syria warns that already al Qaeda and the Islamic State (ISIS) organization as well as  three other salafist groups are looking to Afghanistan as a fulcrum for rebuilding their global operations.

According to Paul Lushenko, a writer who in 2018 was focussed on salafi jihadism, “After nearly two decades of war, Afghanistan is verging on becoming a quagmire, if not one already. The conflict is America’s longest ever, has resulted in approximately 2,500 U.S. deaths, imposes a daily operating cost of $3 billion dollars, and has seen nine transitions of U.S. military leadership, the latest being that of Gen. Austin Miller. Though the mission has waxed and waned since 2001, the central protagonists—al-Qaeda, the Taliban, the U.S.-led coalition, and Afghanistan and Pakistan governments—remained consistent until 2015. On Jan. 26, 2015, Abu Muhammed al-Adnani, then ISIS’s public relations official in Syria, announced the formation of an Afghan affiliate known as the Islamic State-Khorasan Province (ISKP).”

Meanwhile, the Taliban has said they will not allow the country to be overridden by ISIS or al Qaeda. 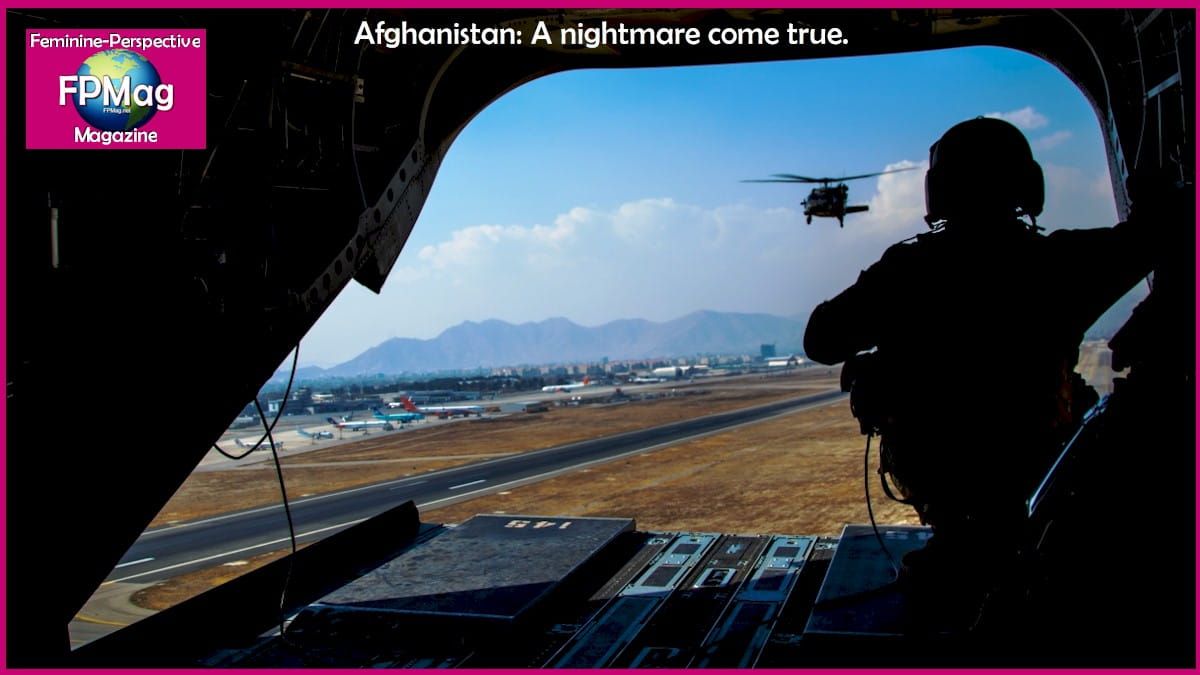 A U.S. Army aircraft takes off from a flight line in Afghanistan. (U.S. Army photo by Staff Sgt. Shaiyla Hakeem)