In mid-March, Ms. Ritchie Nepomuceno (35) complained to police watchdogs  in the Philippines,  and in various drafts of a civil suit, that police tortured, robbed, and raped her in a Cebu City police station and in a nearby motel.

She was murdered hours ago around 7:00 PM Monday, local time, by what appears to be with great certainty a police hit squad.

An eleven Filipino police officer squad has been accused in March of robbery, arbitrary detention, coercion and threats at the Cebu City’s provincial prosecutor’s office. One officer had kidnapped and raped. He killed himself.

One cop commit suicide on Monday after his mates or their friends allegedly murdered Ms. Nepomuceno, according to those of Ms. Nepomuceno’s friends and family to whom FPMag spoke.

Celso Colita was the man who had dragged Ms. Nepomuceno into a secret room at the police station where a series of robberies against her and both rape and torture had begun.

Ms. Nepomuceno’ had fingered Celso Colita according to reports and statements from the prosecutor to reporters and the information contained in a wordy civil case against the men.

The disgraced Filipino police officers accused of these many crimes are:

The events of the crimes unfolded as follows according to the same sources, documents and snitches.

Reportedly Celso Colita had just been told he was under investigation for drug crimes and an interview was required. He then asked before the ‘interview’ to go to the washroom. Sources say that he had been involved in the robbery and had also known about the hit that was ordered for Ms. Nepomuceno. 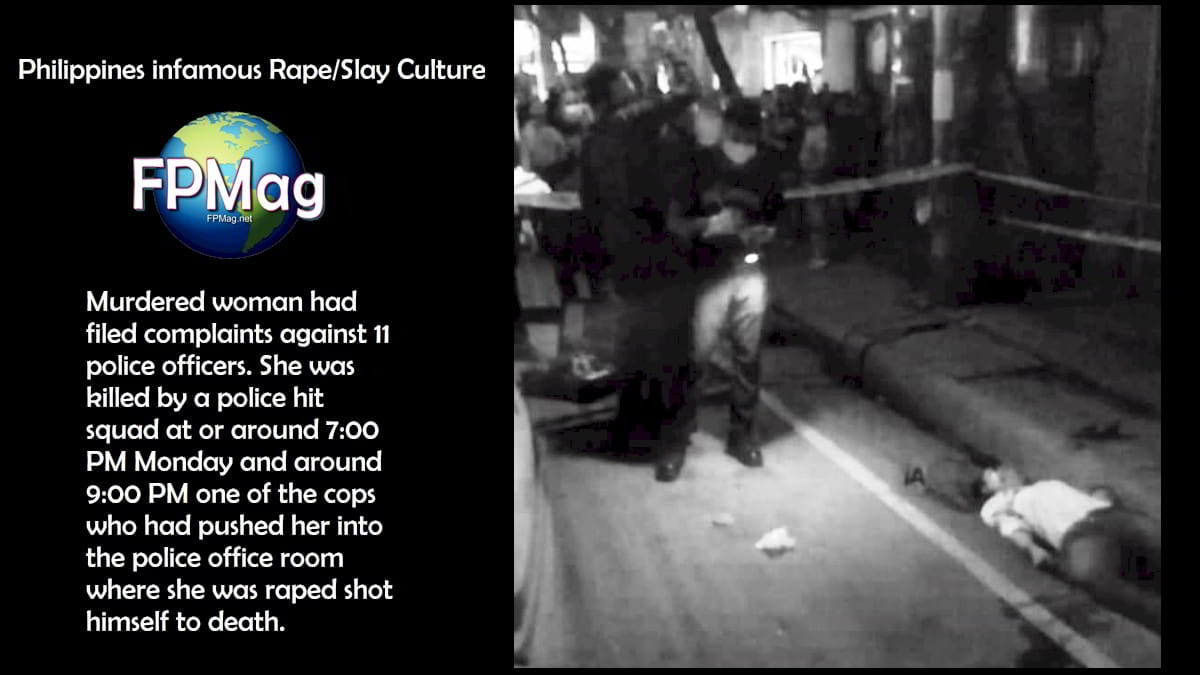 Murdered woman had filed rape, torture, robbery and extortion complaints against 11 police officers. She was killed by a police hit squad at or around 7:00 PM Monday and around 9:00 PM one of the cops who had pushed her into the police office room where she was raped, shot himself to death. RIP Ritchie Nepomuceno. Two other victims of the same police crimes are now in grave danger, say locals.

Murdering women who may talk.

It is normal in the Philippines.

“If your wife is raped, she is in more danger of murder. Pregnancy and disease are nothing. Murder is the most likely before the first two,” argued Mohammed by chat on Telegram. He is a store owner who agreed to talk to the author. He and his wife alternate night work and they often works late. Police are often trying to manipulate her to give free pairs of the sturdy steel-toed boots they sell, he said.

Philippines President Rodrigo Duterte is infamous for encouragement of rape and other violence toward women.

The Philippines was already steeped in rape culture by the time Duterte took the reins of power on 1 July 2016. As a self confessed rapist and murderer he took rape culture to a new level. “Shoot them in their vagina, and then they will be worthless,” he said about women opposition during a speech.

The number of complaints to a Rape HelpLine has catapulted the Philippines to the number one slot for rape and incest during the current pandemic’s persistent lockdowns in Manila’s inept attempt to manage the pandemic with brutality in that country, according to Human Rights Watch.

Duterte once told soldiers going into Mindanao to rape up to three women each and they would be exonerated by him. That unfortunately has spread HIV/HBV among soldiers, many of whom in private testing have been positive. They tend to share their own diseases by raping the same vulnerable women say doctors involved in the Philippines Test and Treat project.

Women’s groups around the world worked frantically to counter the order and discourage the Duterte military junta from committing that crime.

“If you are a judge or a cop in the Philippines, and they are all men of the Duterte Patriarch, and you want to curry favour from all the president’s men, you widely hand out impunity for rape and rape as many victims as you can,” says a nurse in the Philippines who does not want to be named for fear of being murdered.

“One person is raped in the Philippines every hour. This is based on police records cited by the Center for Women’s Resources in 2017. Sadly, this figure could just be a fraction of the many victims of rape who are too incapacitated to speak out,” wrote  Mario Alvaro Limos  in Esquire Magazine on 23 August 2019.

“That’s how it goes in the Philippines. Cops rape and murder under the de facto Duterte dictatorship. If the public heat against the crime gets too much momentum, some effort is made to charge someone,” commented the nurse.

“The complainant is at risk of being raped again or murdered. She will never be a witness is what most people believe,” one honest cop told FPMag.

Most rapes are never heard about as survivors suffer in silence. Those who speak out are murdered, say dozens of women who have spent time in a shelter and completed exit surveys.

“The mere grabbing of the breasts and trying to pull down the pants of Complainant [woman]  without any further overt acts [except her punching him on his chin knocking him to the floor] could not be conclusively interpreted as “an attempt to rape complainant”.  Citing verbatim Judge Romeo U. Habbiling.

Most cases that go to court are not resulting in a conviction. 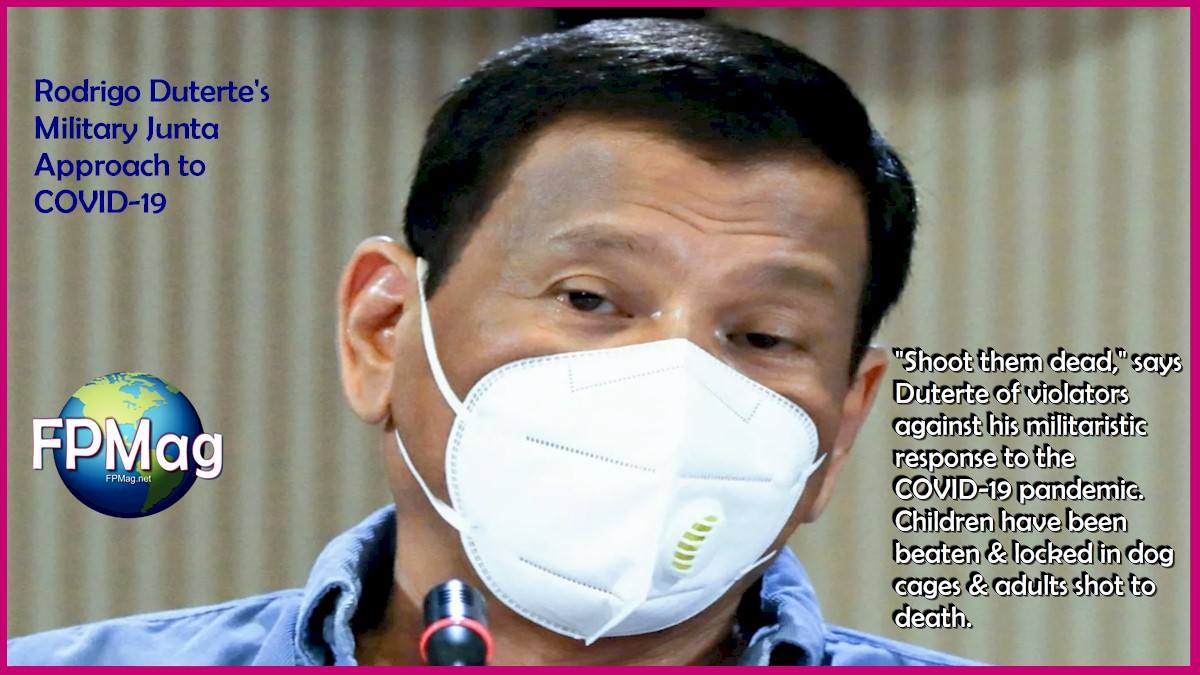 “Shoot them dead,” says Duterte of violators against his militaristic response to the COVID-19 pandemic. Children have been beaten & locked in dog cages & adults shot to death. The climate for Rape/Slay in the Philippines has both sies bolstered by the nation’s president. Photo Credit: YouTube Video Screen Capture.