Aung San Suu Kyi has been charged with violating the official secrets act plus four other charges according to her lawyer. The odd thing about that is that she is the elected President of Myanmar due to a landslide victory for her and her political party in November 2020.

Aung San Suu Kyi’s lawyer says she and her party have been ousted by a military junta and it is not exactly known who is in charge, but activists say, “Aung San Suu Kyi is our elected leader,” which according to last November polls, is an overwhelming reality.

Antagonists to the coup have been conducting demonstrations against the military junta since 1 February, at great loss, they say.

With death tolls of innocent civilians reaching toward 600, according to activists, many countries have given the evacuation order to their countrymen, say several embassy officials.

The military has used grenades, RPGs and automatic weapons, as seen in video reports by locals, to kill unarmed civilians.  But civilians have been making bids for armaments of their own, according to weapons sellers who seem to have appeared out of nowhere.

Civilians are making significant moves to arm themselves, FPMag was told by one of the sellers by satellite phone. It was agreed he would be given anonymity in exchange for detailed future information on his work. Deals like this are now common as the junta shuts down the internet.

A person working for a South Korean Bank was shot in her car, dying two days later.

“The junta seems to take better aim at its own feet, or in the alternative, it is a collective psychopathic killer unable to control its members and various military units each acting out their own concepts which appears to be the greater truth. The killing is wanton and follows no pattern,” said Simon Baldock from Israel.

“This I believe is the first report of a corporate official being murdered by the Tatmadaw.  Whether banks and other lenders decide to remain in Myanmar may not be hard decisions after this,” was the Israeli security specialist Simon Baldock’s sage advice on the new scenarios in Myanmar.

“Next week they [banks and other lenders] may all leave,” he added.

“The Tatmadaw killing lenders is a lot like putting a rope around one’s neck and tying it to a tree limb,” noted a British Embassy official with sarcasm, which seems to suggest that Baldock’s theory of a pending financial partner exodus, is nearing consensus.

“Myanmar has already collapsed internally, with these blunders,” said the Brit. 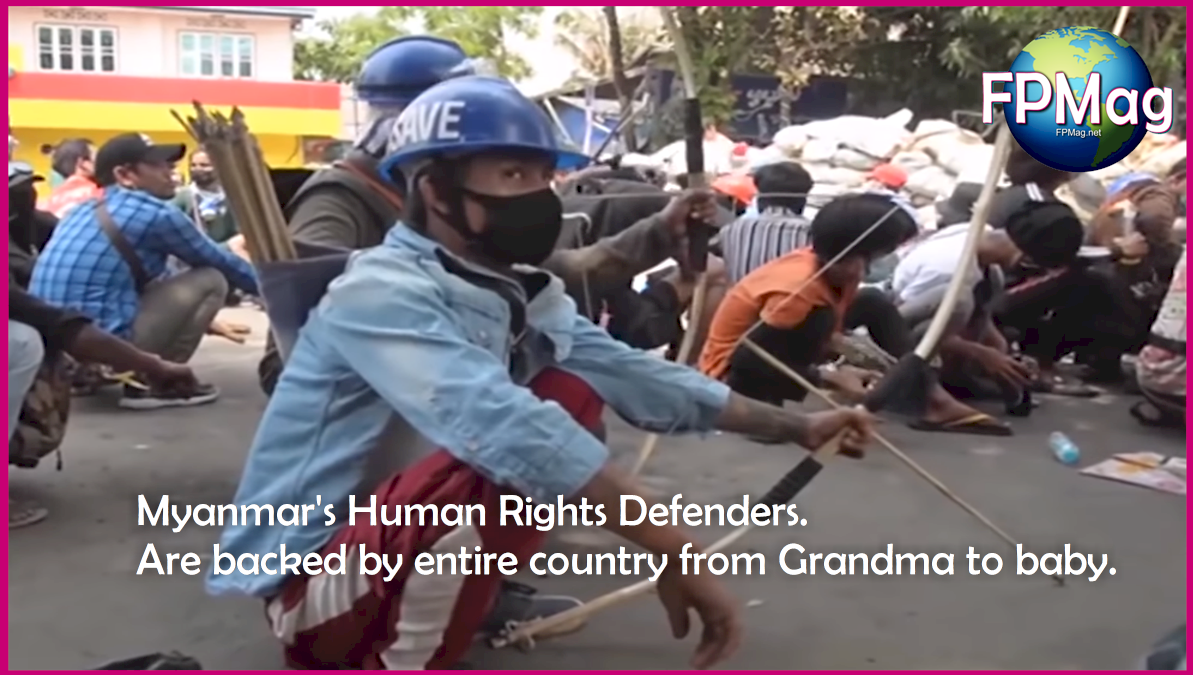 This latest coup d’état in Myanmar began with the military arresting the civilian officials elected the previous November in a landslide victory. It was the morning of 1 February 2021, when democratically elected members of the country’s ruling party, the National League for Democracy, were deposed by the Tatmadaw, Myanmar’s ruthless military and it’s six, alleged war-criminal Generals, according to a United Nations fact-finding mission report, following the genocidal attacks on the Rohingya race of people leading to their exodus in 2017 to Bengal Bay in Bangladesh.

“These six men should be removed from the country under arrest by the international community,” said Ellingsworth.

“Angry one day following the coup, I asked our security team lead if they could arrest these Generals?”

“Her answer was, ‘that would not stop what is coming next.'”

“Now I get it,” said Ellingsworth ruefully.

The murderous Tatmadaw is rounding up Human Rights Defenders who then disappear. This picture was taken yesterday, 1 April. The person being pushed into the truck is believed to be a human rights advocate, says Ellingsworth. 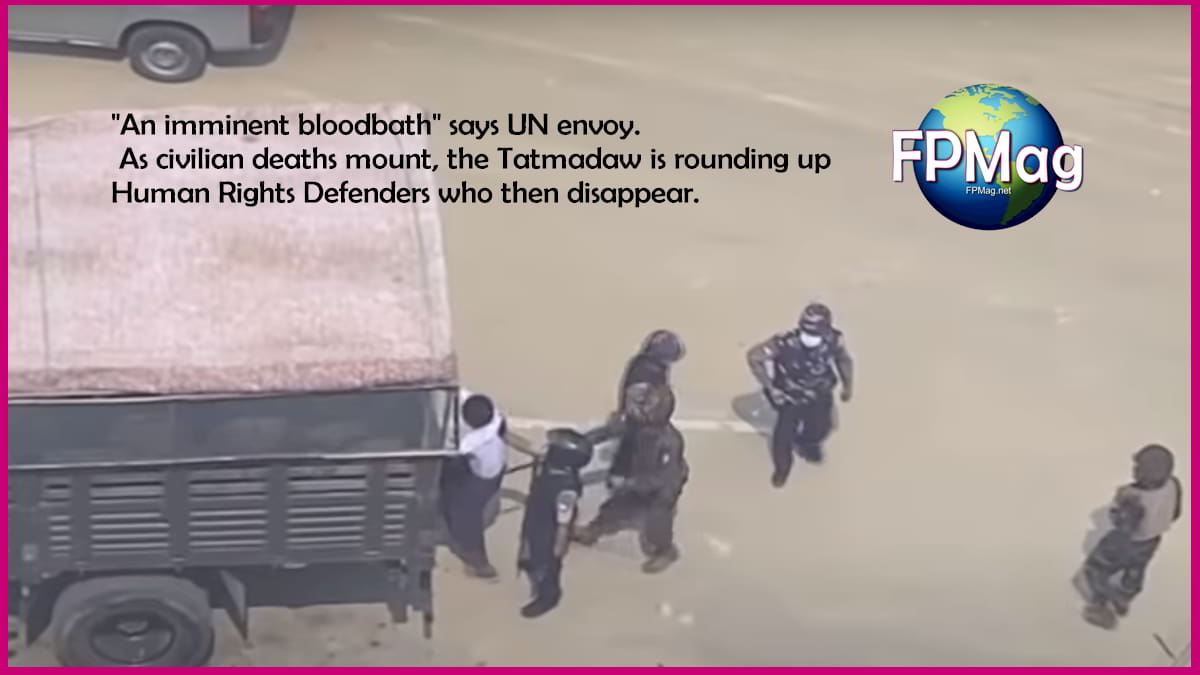 “By 3 February we had those Tatmadaw maggots stalking us trying to capture, rape, and kill us,” she added.

She had been leading the HIV test and treat campaign in Myanmar. The team was evacuated. on 9 February and by 23 February, all team members finished repatriation and quarantine in their own countries.

According to Ellingsworth’s report on the matter, many Myanmar Military rapists have contracted HIV and shared it extensively until 19% of the younger soldiers were infected with HIV.

“It is difficult to assess the percentage of young male persons,” reported Ellingsworth on 23 February, “among the Myanmar military population who are testing positive for HIV-1/HIV-2 because the parties tested, came voluntarily. Mass testing would have revealed a much higher number and given us an idea of what percentile were infected. We estimated 19% of the young ones who were most involved in the rape of the Rohingya”

“Multiple soldiers were often raping the same women and girls, and even conducting gang rapes. This caused the Tatmadaw men to transmit their origin disease from one soldier to the next via an intermediary rape survivor who was raped by multiple perpetrators. By now we get solid test results on HIV/AIDS.”

“In this matter, since 2016 but primarily in spring to mid-2017 forward, rape has been used as a genocidal methodology to rid the country of the Rohingya,” she said in a recent report.

“We are running a test and treat project for the Rohingya and hope to test a pharmacological treatment and also test a new vaccine under development,” Ellingsworth added.